Everybody writes “year in review” stories. But rather than dwell on the past, I’ve got the guts to predict the future! Here’s what will happen in 2016 in the transportation world 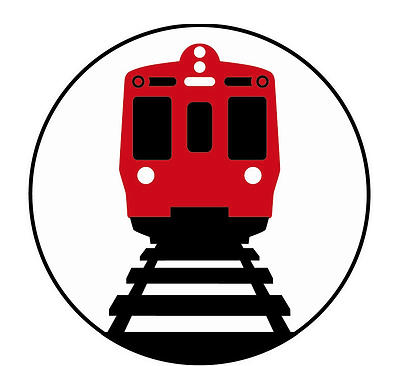 METRO-NORTH: Slowly but surely, the railroad will drag itself out of the quagmire it’s been in since the Bridgeport, Spuyten Duyvil and Valhalla crashes. On time performance will hold strong even through the winter, thanks to the dependable new M8 cars and mild weather. Ridership will continue to climb, causing further crowding and SRO conditions on some trains.

STAMFORD GARAGE: After waiting for its chosen developer (and Malloy campaign contributor) JHN Group to sign a contract two and a half years after being tapped for the massive TOD project, CDOT will plug the plug on its deal and replace the old garage on its own (taxpayers’) dime.

TOLLS & TAXES: Governor Malloy’s quest for $100 billion to pay for his 20-year transportation plan will prove universally unpopular when his Transportation Funding Task Force finally issues its recommendations (originally due after Labor Day) in January. The panel will call for higher gasoline and sales taxes, tolls, motor vehicle fees and a slew of other unpopular ideas. The legislature will react by slashing the Governor’s unrealistic plans, reluctant to have its fingerprints of anything the Task Force suggests.

EMINENT DOMAIN: Governor Malloy will try again to impose state control over transit oriented development, reintroducing his stealth bill to create a Transit Corridor Development Agency (all of whose members he would appoint) with the power to seize any land within a quarter mile of a rail station.

FLYING: Returning to profitability, airlines will continue to squeeze more seats onto fewer flights, making flying an ordeal. Frequent flyer rewards will be harder to get as desperate passengers will pay to ride in business or first class, leaving fewer seats for upgrades.

AMTRAK: Acela will become increasingly popular, allowing the railroad to raise business fares. Last minute seats will be harder to get, but the railroad will still refuse to expand service by buying new railcars. Traditional “Northeast Corridor” trains will still be jammed as the railroad tries to compete with discount bus carriers.

HIGHWAYS: With an improving economy and inadequate rail station parking, people will jam I-95 and the Merritt Parkway in even larger numbers, increasing commuting times further. Gasoline prices will continue to decline thanks to cheap oil, sending even more people to the roads.

UBER WAFFLES: State and city authorities will come down hard on car services like Uber and Lyft, imposing on them the same regulations and taxes now born by taxis and limos. After “leveling the playing ground,” Uber-type services will raise fares, passing those costs on to passengers.

Will all of my predictions come true? Check back in a year and we’ll see! Meantime, happy traveling in 2016!