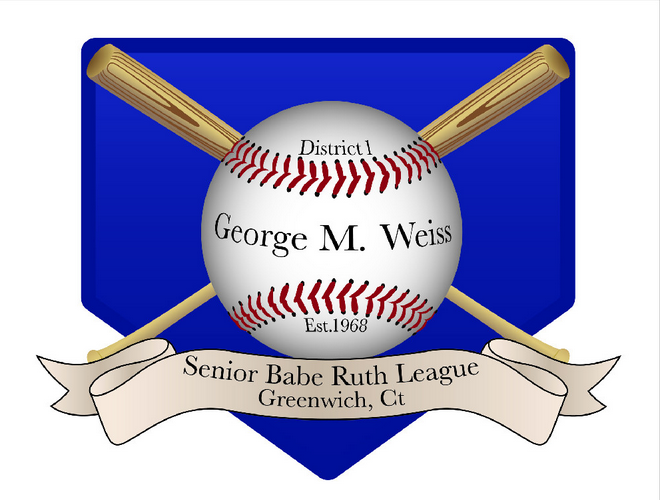 The league is open to any player between the ages of 16 and 19.  To be eligible to play for Senior Babe Ruth a player must have been born between January 1, 1997 and April 30, 2000. Player draft tryouts for new players this year will be held on Sunday, April 24 starting at 10:00am at Havemeyer Field.

The George M. Weiss Sr. Babe Ruth League was founded in 1968. The league received its original funds from the late George M. Weiss, who served as General Manager of both the New York Yankees and New York Mets. Our mission is to provide any town resident, boy or girl, between the ages of 16 and 19 the opportunity to play in an organized, competitive environment in which all players learn the great game of baseball. Over our first 48 years, thousands of players have benefited from playing in the league and as we enter our 49th season, over forty-five (45) players on three (3) teams will continue that great tradition. Games are also played against neighboring towns, such as; Stamford, New Canaan, Westport and Norwalk.