More than twenty-five Panthers in the Under 14, Under 12 and Under 10 age groups were thrilled to meet women who make a living ‘doing what they love’ by playing professional hockey and getting paid for it.  Even just a year ago, this clinic would have had a different vibe as 2015 marked the inaugural season for women playing hockey as a career. 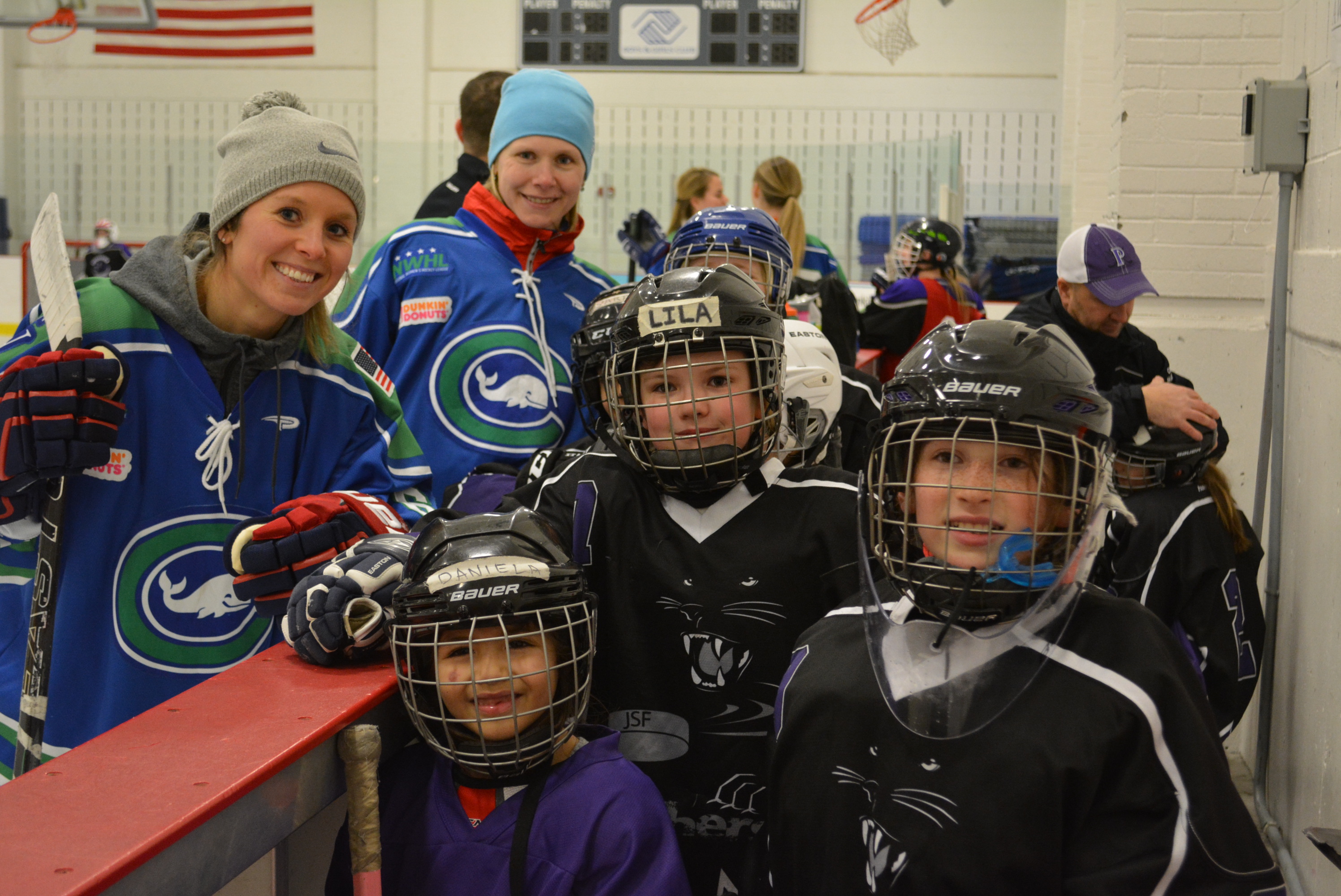 “What an experience for the younger players to interact with professional female athletes,” said Boys & Girls Club of Greenwich CEO, Bobby Walker, Jr. “We were thrilled to host the clinic at our rink for these future hockey stars!”

The Greenwich Panthers was created in 2011 to give girls in Fairfield and Westchester counties the chance to learn to play hockey in a competitive and fun environment.  “Our coaches focus on the fundamentals: skating, stick handling, passing and shooting,” said Katy Gray, Girls Hockey Director, Greenwich Panthers. ”For our more advanced players, the emphasis is on honing overall hockey strategy and team play. We are especially excited that the Connecticut Whale could demonstrate to our team that girls ice hockey can take you so much farther than ever before,” Gray continued.

During the clinic, the Panthers practiced their hockey techniques, enjoyed one-on-one direction from the Connecticut Whale players, scrimmaged and received autographs from their hockey mentors.

Connecticut Whale Kelli Stack (#61) commented “[the Panthers] had some really good players out there.  If they keep it up, they can be right in our shoes some day.” 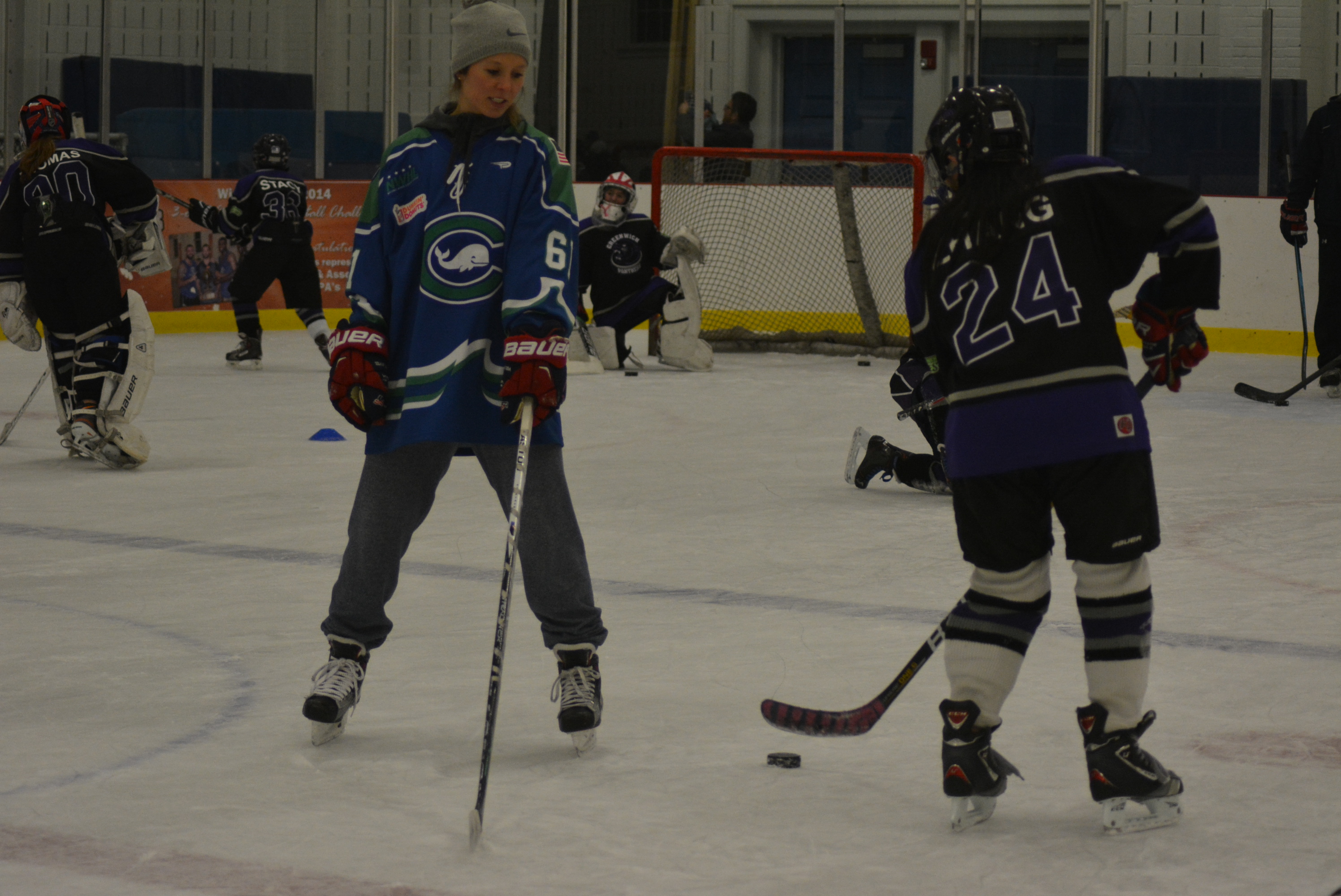 The Panthers compete in the Connecticut Girls Hockey League (CGHL) with the season running from September through the CGHL state tournaments in early March. The Panthers welcome players from Greenwich as well as surrounding towns in Fairfield and Westchester counties.

The team is affiliated with the Boys & Girls Club of Greenwich, and as of 2015, is part of the Greenwich Blues organization, which has coached competitive coed hockey teams for more than 40 years.

Register online at www.greenwichblues.com or contact Katy Gray for more information at 917-848-8997 or [email protected].

The NWHL is the first professional women’s hockey league in North America to pay its players. The inaugural season began October 11, 2015 and playoffs conclude in March 2016 when the first NWHL championship team raises the Isobel Cup.  For more information or to purchase tickets, please visit www.nwhl.co.

Boys & Girls Club of Greenwich aims to provide an outstanding experience that assures success is within reach of every young person who enters our doors.  We offer an extensive and comprehensive array of recreational and academic programs to members ages 6-18, for just $50 per year.  The Club is located in a state-of-the-art facility which serves as the town’s leading provider of athletic leagues and competitive teams; we offer indoor and outdoor summer camps as well as school-year programming.

For more than 100 years, Boys & Girls Club of Greenwich, a member of Boys & Girls Clubs of America, has provided high-quality programming which builds character and citizenship and offers kids a safe, nurturing, affordable environment in which to succeed.  Each year, we provide opportunities ranging from swimming lessons to homework help to hundreds of underserved children, allowing their parents to work a full day without worry.  The mission of the Club is to enable all young people, especially those who need us most, to reach their full potential as productive, caring, responsible citizens.  To learn more about how GREAT FUTURES  START HERE visit BGCG.ORG or connect with us @BGCGKIDS on Facebook and Twitter.