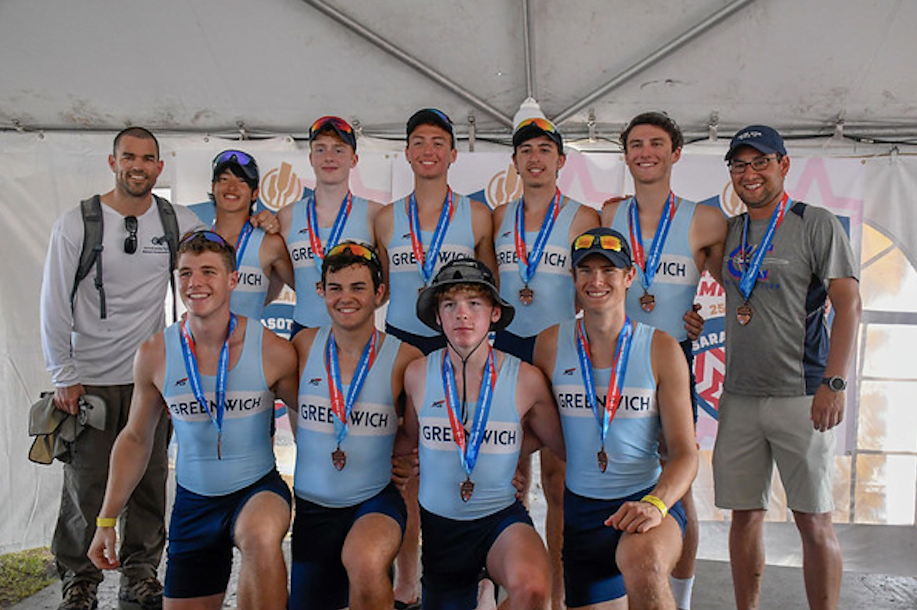 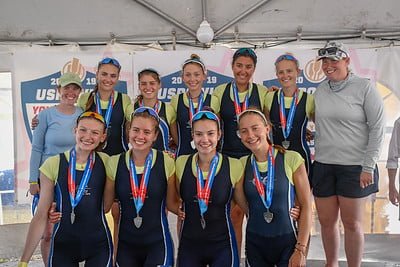 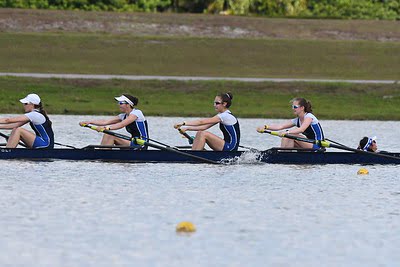 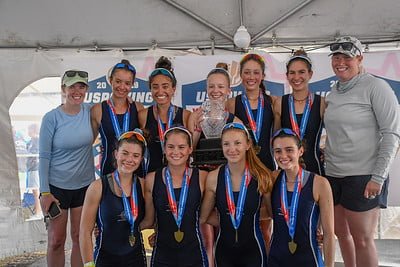 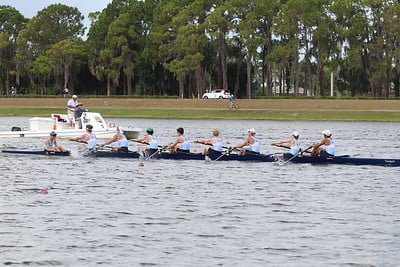 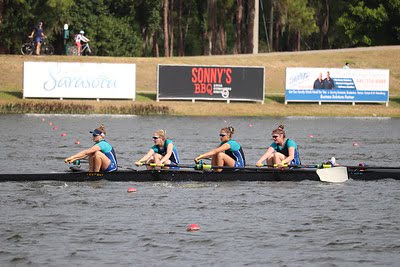 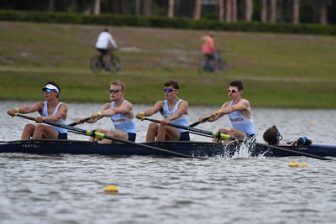 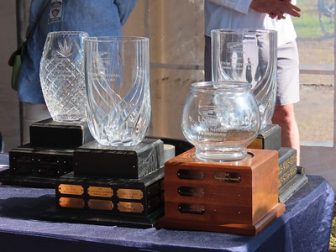 Recently seven boats from Greenwich Crew competed at the highest level on a 2,000 meter course at Nathan Benderson Park at USRowing’s Youth National Championships at  in Sarasota Florida.

The team performed better than ever before,  with 27 of their 51 competing athletes finishing on the podium.

For the first time in program history, the Men’s V8+ also earned a spot on the podium, placing 3rd in their event. The boat consisted of Alex Chung (coxswain), Michael Steinthal, Matt Phillips, Ted Frascella, Peter Scott, Will Wright, Quinten Cohen, Duncan Cavanaugh, and Sam Terry. The Men’s Varsity head coach, Cary Wasserman, could not be happier for this crew.

“I’m so proud of the guys and how they handled the regatta and race situation,” Wasserman said. “In the Varsity 8, we knew the field was insanely fast, perhaps the fastest field ever. Our plan was to have the guys keep their heads down and focus on themselves. They executed a beautiful race.”

In addition to the three Greenwich eights that finished on the podium, four other boats successfully competed for the team at the 2019 Youth National Championships.

As one of the final races of the regatta, co-head coach, Heidi Hunsberger, commented that the Varsity 4+ was the last crew from the Women’s side to race.

“The Varsity 8+ and Lightweight 8+ had just received their medals, and they ran off the podium to cheer on the 4+ in the last 500m of the race,” stated Hunsberger. “The love and support the rowers show each other after a year of tough intersquad competition is something [the coaches] are so proud of.”

For senior captain Isabel Wilkowski, achieving such stellar results holds a special place in her heart. “It was amazing to see how much depth our team has, and that hard work has paid off. I couldn’t be prouder of all my teammates,” said Wilkowski.

With temperatures reaching over 90°F and humidity hitting above 90% most days, the conditions in Sarasota made achieving such results no easier.

“[The high heat and humidity] were challenging, and all our athletes handled competing and recovering in extreme weather very well,” noted Starr. “Our boats were able to get faster over the course of the weekend and adapt to the racecourse.”

Much more than the team’s numerical placements, Greenwich Crew athletes and coaches take the utmost pride in the positive team culture and camaraderie that has been established within.

Women’s co-head coach, Catherine Starr, attested to this, commenting that the most rewarding part of Youth Nationals was watching the athletes act as each other’s cheerleaders and support system.

“Being part of something bigger than yourself is humbling and so enjoyable all at once⁠—but getting to tag along on this journey with your athletes and see them develop is just so cool and special,” Starr said.

Looking to the new year, Greenwich Crew hopes to continue building and do it all again. It’s all about finding an “untouchable base pace speed,” said Starr.

“While we are graduating an amazing group of seniors, we have a young team that knows the ropes and has a great work ethic,” Wasserman said.