Update: Monday 8:00pm The application from Morgan Jenkins for 702 Steamboat Rd is again postponed and will not be on the March 22 Planning & Zoning agenda.

Original Story, Monday 4pm: The March 22 Planning & Zoning commission meeting features an application from Morgan Jenkins, for a coastal site plan and special permit to demolish the existing structures at 702 Steamboat Road and construct a new 16,919 square foot multi-family building containing eight units with underground parking. The application was pulled from the March 8 agenda at the last minute after a hand-delivered letter from the applicant’s attorney Bruce F Cohen from Forgarty Cohen Selby and Nemiroff LLC reached the P&Z dept.

The letter said the applicant wished to first address several non-conformities before presenting his application.

Many residents will recognize the structure at 702 Steamboat for its hodge podge of porches, fire escapes and satellite dishes visible from the Island Beach Ferry. The apartments, known today as the Sun-Dial apartments, sit next door to  Indian Harbor Yacht Club. 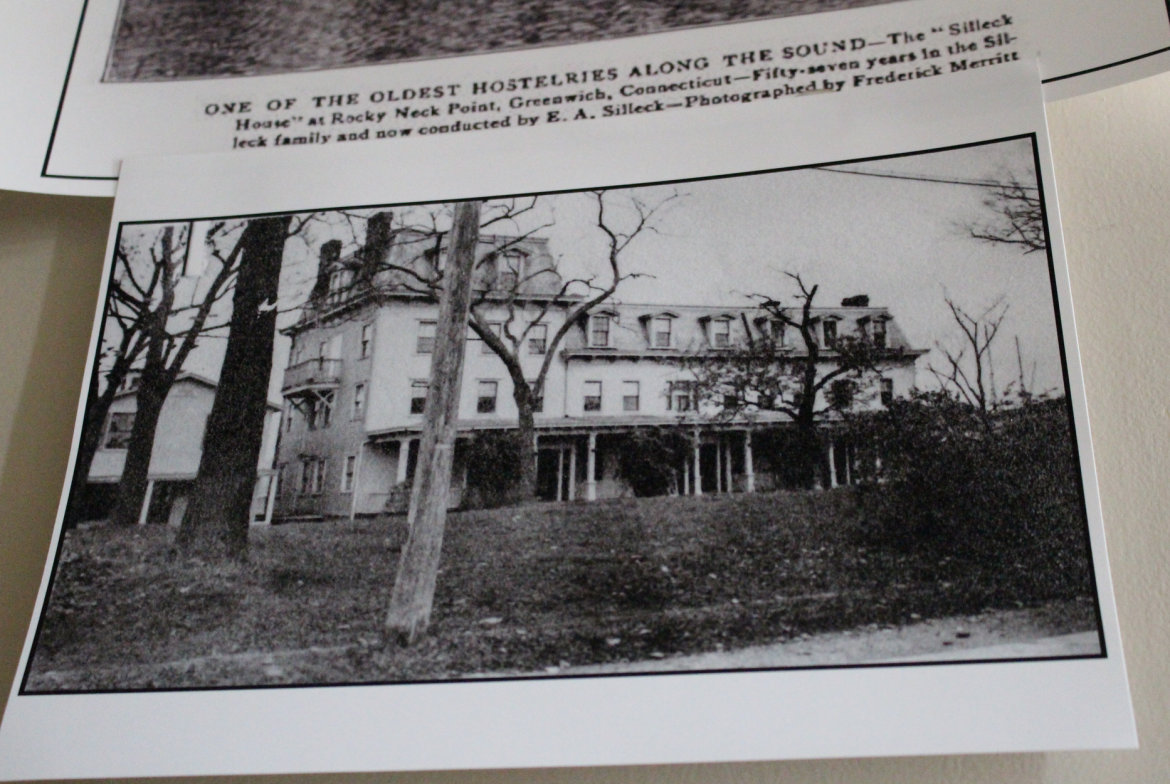 The apartments have a unique history stemming back to one of Greenwich’s founding families. In 1838 Jared Mead built a tavern over several root cellars, hoping to attract wealthy summer visitors from New York City. Mead named his boarding hotel  ‘The White House.’

“It was a quiet location, which made it an ideal vacation spot.  Unfortunately, The White House proved to be unsuccessful.  Ironically, Mead was unable to get the very food supplies that were grown in Greenwich and shipped to New York,” Carl White wrote in a  blog post. 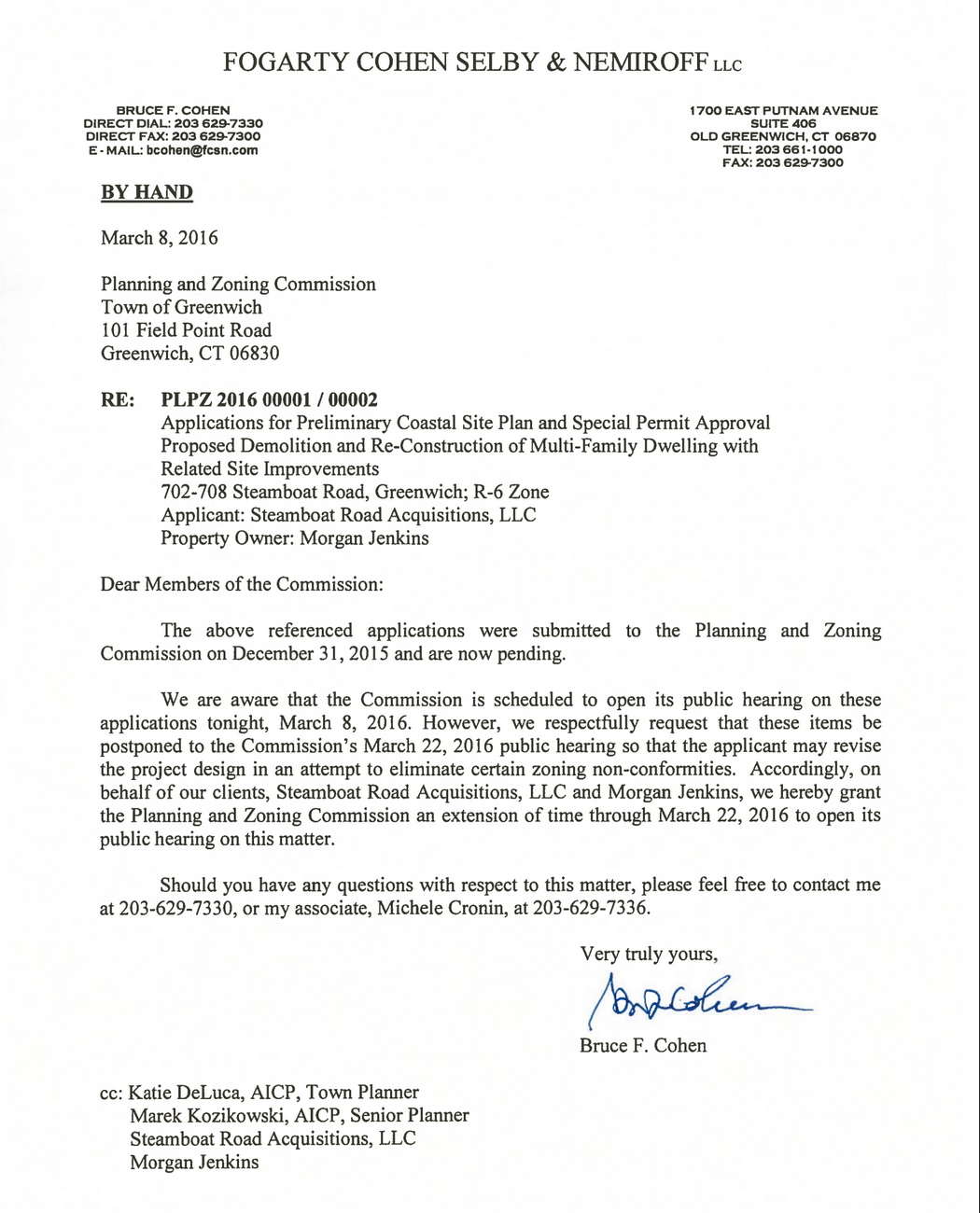 Mr. White acknowledged that Rhoda Jenkins, Morgan Jenkins’ mother, provided a great deal of information on Silleck House.  A young Rhoda Jenkins boarded at the hotel with her family.

Born in 1920, Rhoda Barney Jenkins passed away in August of 2007. Her mother, Nora Stanton Barney, a graduate of Cornell University, was the country’s first female civil engineer. A fourth generation feminist, Rhoda was the great-granddaughter of Elizabeth Cady Stanton, who wrote “The Declaration of Sentiments” that opened the seminal 1848 Seneca Falls Convention for Women’s Rights.

Rhoda received an architecture degree from University of Pennsylvania in 1941, earned a pilot’s license, and worked on a variety of projects during her career. In 1948, Rhoda married Frederick Davis Jenkins with whom she had two children, Morgan and Coline, who also makes her home in Greenwich. 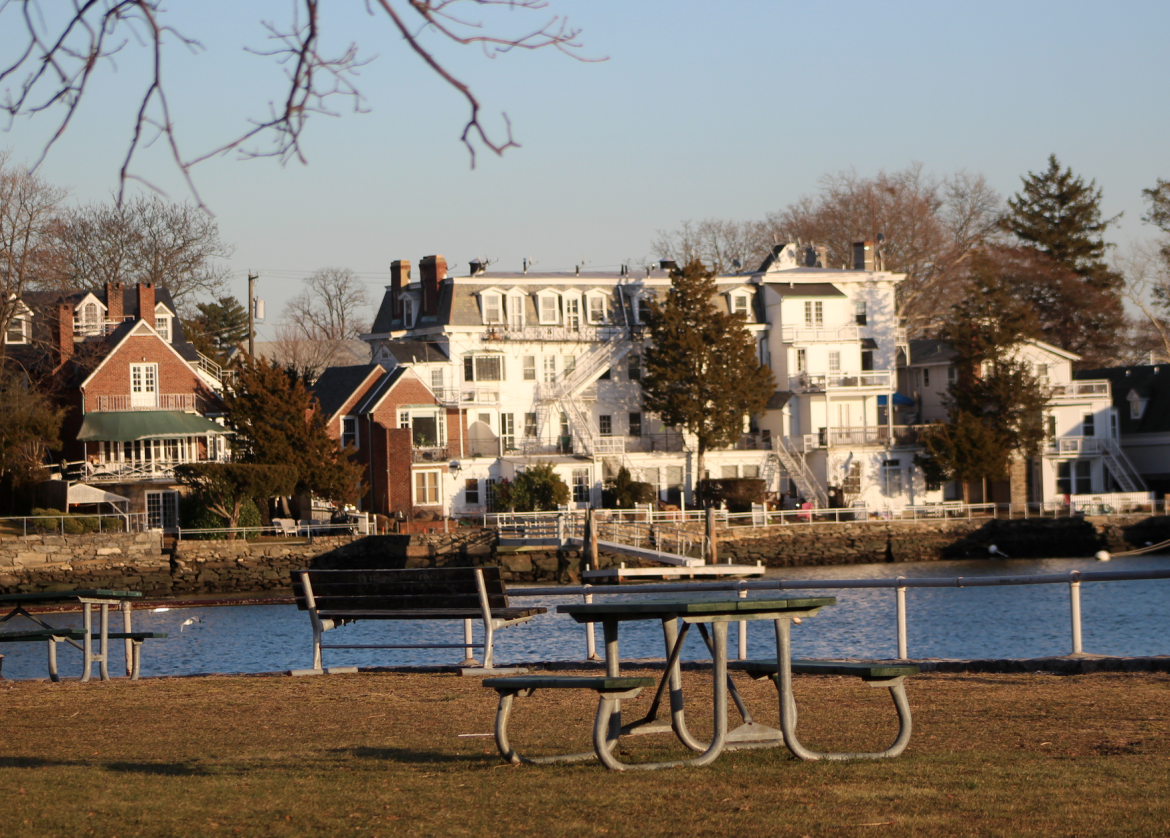