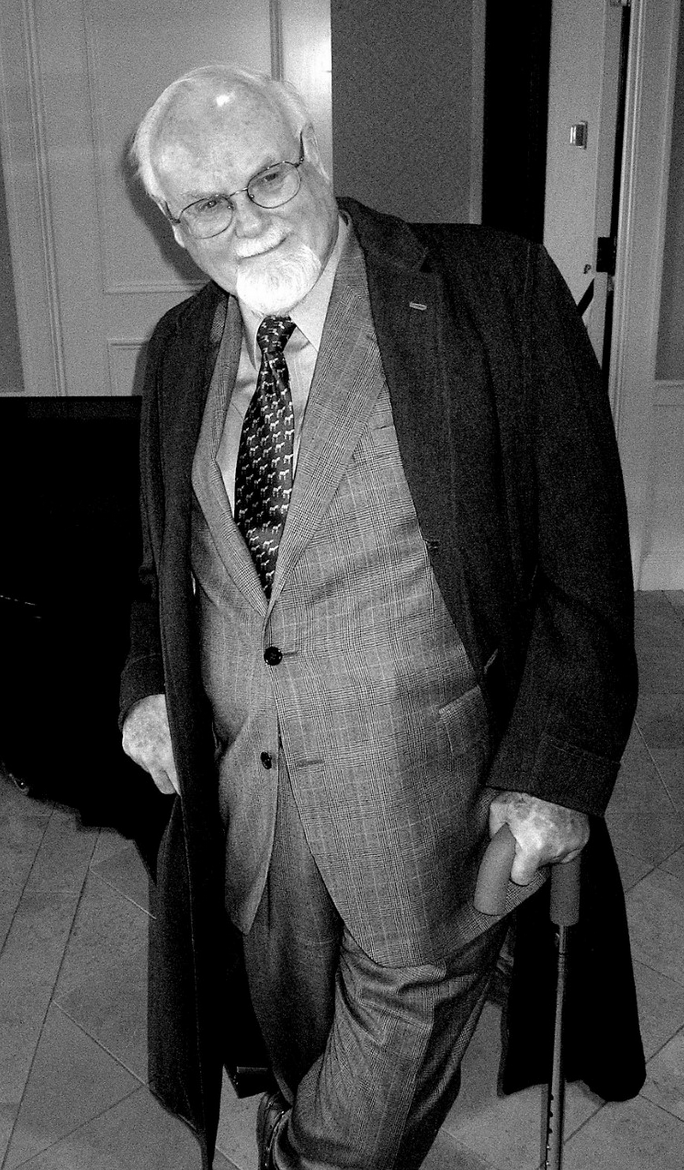 Memorial services are to be conducted Saturday at 11:00 a.m. at Christ Church (254 E. Putnam Ave.,)  for Ian Kerr, a Greenwich resident whose creative thinking and advocacy for the concept of brand management elevated the practice of public relations for more than six decades. He died Sept. 16, age 90.

His legacy was recognized by the Fairfield County Public Relations Association with the Charter Oak Award “for integrity, fortitude and perseverance in communications.”

He was also a two-time winner of Silver Anvil award of the Public Relations Society of America and the Matrix prize of the Connecticut chapter of Women in Communications.

A writer once characterized Kerr as “The Grand Poobah of PR in These Parts.” But Kerr’s influence extended beyond Fairfield County and Connecticut tothe regions all over the globe where the principles of integrity and an unshakeable commitment to truth and accuracy in communication is valued.

In establishing baseline standards for brand custodianship that provide equity and added-value for clients and public consumers alike, Kerr was widely regarded as an incomparable resource and he was renown for his passion-driven mission to help his colleagues, selflessly, non-judgmentally and relentlessly.

To anyone with a problem, Kerr was unfailingly and affably approachable. His counsel was down-to-earth, without frills, well-reasoned, consistent, rich with experience and invariably persuasive and applied with positive consequences, all delivered in the BBC accent he brought with him to these shores more than 60 years ago.

Kerr’s career extends back to his native England where he worked for Save the Children and starting in the 1950s in the U.S. for British Airways, Renault and Parker Pen. He later operated his own PR agency for many years and represented clients like Rolls-Royce, Northwestern Mutual Life Insurance, Ernst & Young, Bayline Boats, Rolling Rock Beer, Singer Sewing Machines and the British Automobile Manufacturers Association.

Kerr was twice president of both FCPRA and the Fairfield/Westchester chapter of the Public Relations Society of America, president of the Connecticut Press Club and a member of the board of the Greenwich Chamber of Commerce and the Coastal Fairfield County Tourist Board.

Born Oct. 15, 1925 in London, England, Kerr was educated at private schools in England, first at St George’s, the choir school in Windsor Castle, and then at Canford School in Dorset. He studied journalism at London University.

As a teenager in World War II, he joined the British Army’s Home Guard, a unit for those too old or young to join the regular army and formed to back up the army in defense of Britain and to take on chores such as capturing parachuting enemy aircrews and spies and guarding downed enemy planes. Later he joined the Royal Air Force to be trained as a pilot.

After the war, he started his career in journalism in London with daily newspapers, trade publications and news agencies.

Kerr was the son of the late Maj. Gen. Sir Reginald and Lady (Helen) Kerr of England.   He is survived by his daughter, Susan Hirsh of Boulder, Colorado, and his son, Timothy Kerr of Greenwich, also, his brother, Hugh Kerr of Colchester, England and his son-in-law, Steve Hirsh and grandchildren Joshua and Risa Hirsh of Boulder. He was predeceased by his wife Jean, son Julian and daughter Heather.