On Monday, Communities 4 Action, a group that seeks to reduce substance misuse among youth and adults, met at the JCC in Stamford to talk about topics including vaping.

The topic of vaping and e-cigarettes is one that the federal government has had difficulty keeping up with. The industry and technology are changing rapidly.

This year the FDA released some new rules to bring e-cigarettes and roll-your-own cigarettes under the same regulations as traditional cigarettes.

Vaping is the act of inhaling and exhaling vapors and electronic (e-cigarettes) which are the most widely used tobacco product among teens. The rate of use doubled between 2015-2017. Still, Connecticut does not tax any e-cigarettes or vaping products.

State Senator elect Bergstein suggested raising the age of sale from 18 to 21, which was applauded by the audience. 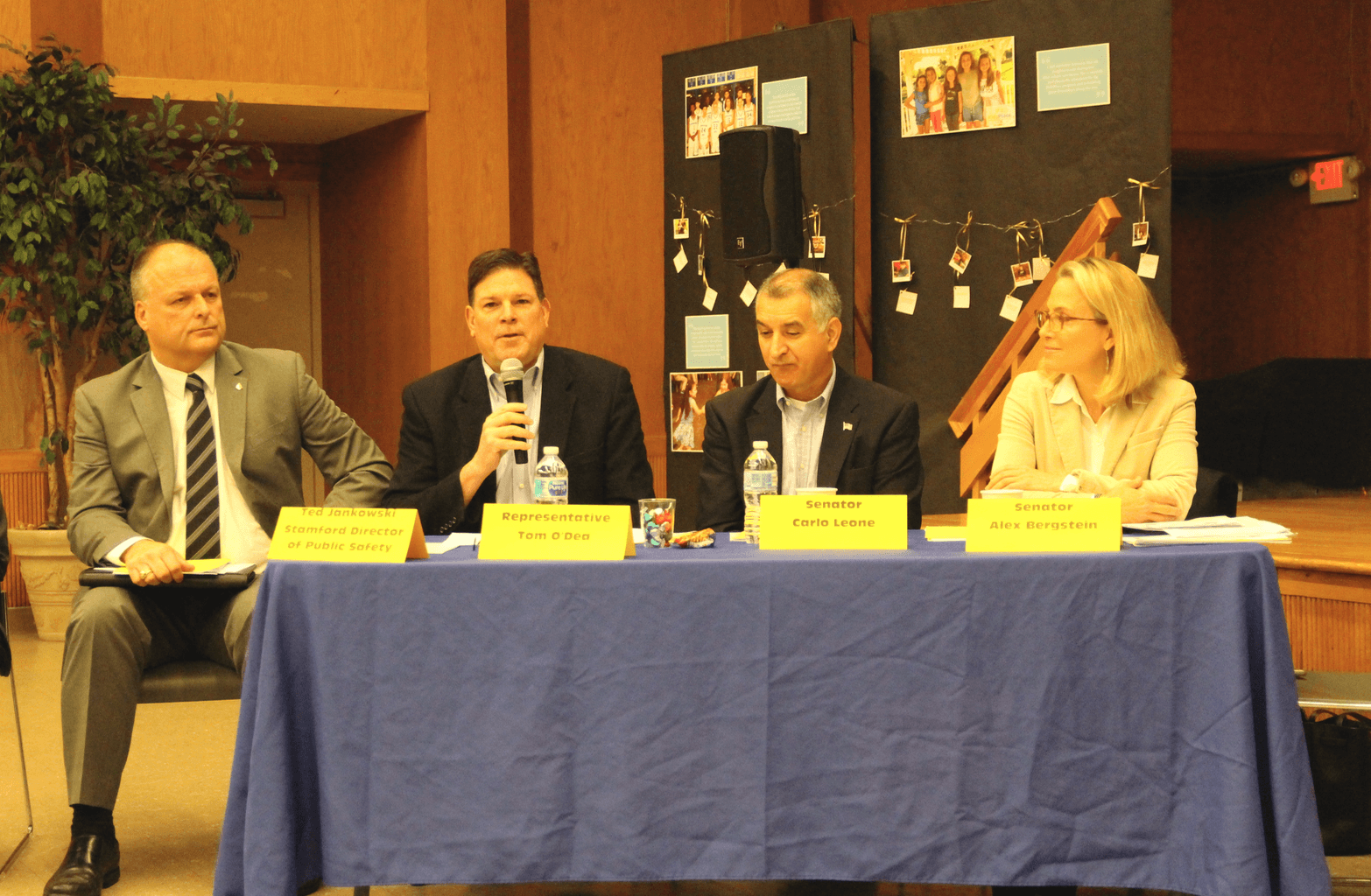 Vaping Every Hour
Bergstein said she had recently spoken to a 17-year-old about that teen’s addiction to vaping.

“She started it because her friends were all doing it and never, never thought she’d become addicted,” Bergstein said adding that the teen told her all her friends from school were vaping every hour.

“And she said parents are actually supplying them these products because they think they manage stress and they perform better in school – or so they thought” Bergstein said. “I think there should be an added responsibility for parents.”

Steve Meskers said fines on retailers and licensing fees fall into the “sin tax” category and that he was concerned that taxes and fees might go into the general fund rather than toward remediation.

Jayme Stevenson, the First Selectman from Darien, said the idea of levying higher licensing fees and fines on local retailers is good but requires enforcement. 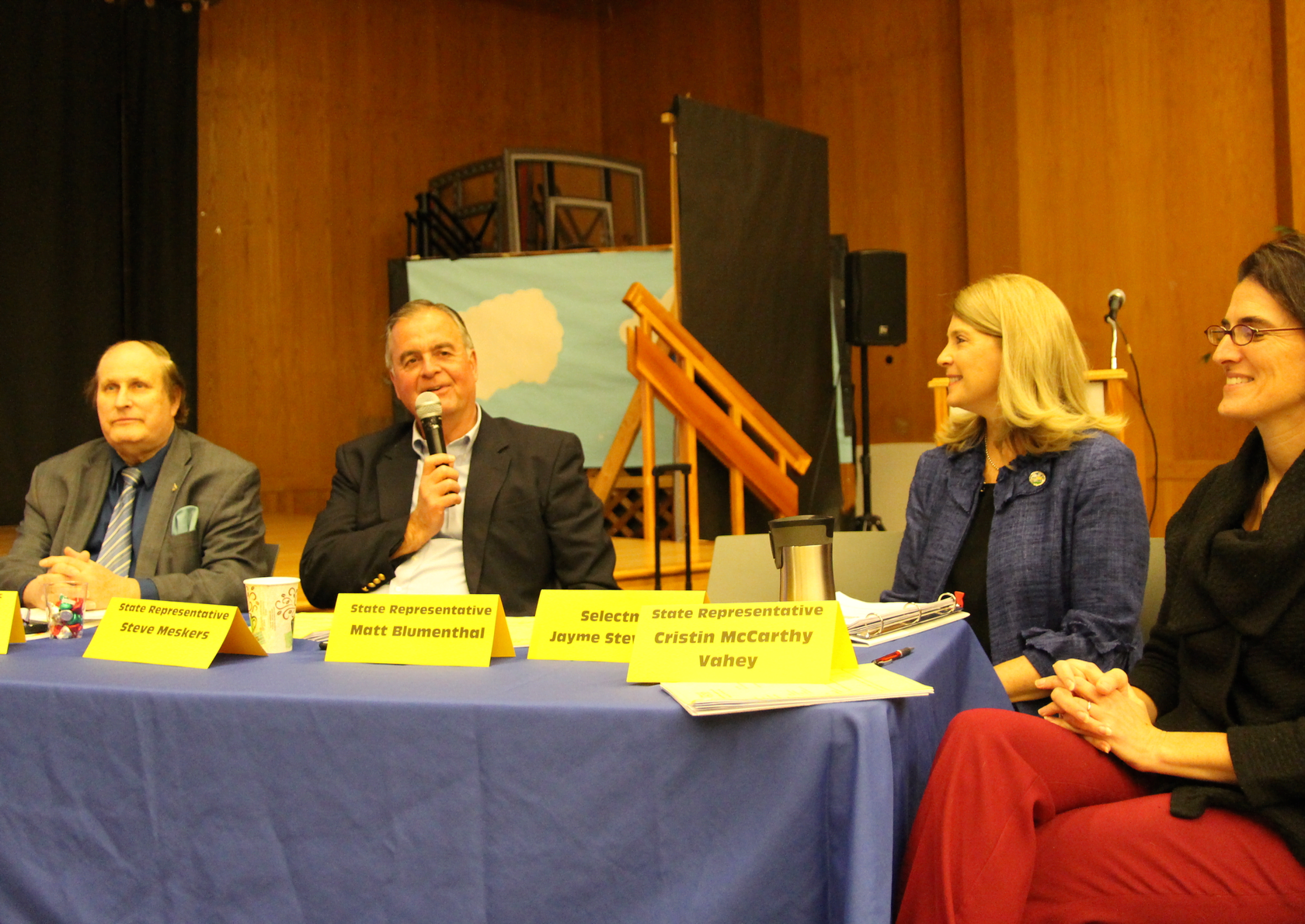 “It’s particularly burdensome on local government. Some cities and towns don’t have the resources to enforce the ordinances towns are putting on their books these days,” Stevenson said. “I’m interested in the idea of a higher license fee for retailers, and I’m supportive of raising the age to 21.”

Comments included that the warnings on e-cigarette packaging are not helpful because 9 out of 10 times they don’t indicate the product contains nicotine. The FDA isn’t regulating these products, which is why the warnings are often inaccurate.

Michael Pollard, chief of staff for Stamford Mayor David Martin, said legislation is one thing, but there needs to be early education about vaping.

“We can regulate to death, but until people understand the impact, behavior won’t change,” he said. “It’s not just a one-time hit. We have to do it over and over again until users fully understand its implications.”

Bergstein said adults sharing data with young people is fine, but ultimately, she said, “It’s seen as adults preaching to kids. It’s kids talking to one another about the dangers and impacts in their lives that will really change the dynamic,” Bergstein said. “We can penalize and penalize, but that doesn’t change behavior as much as education and positive peer pressure.”

Other comments included that educating youth about the dangers of vaping comes with a price tag.

Also, it was pointed out that especially in wealthy towns, fines are little disincentive to retailers from selling to minors. 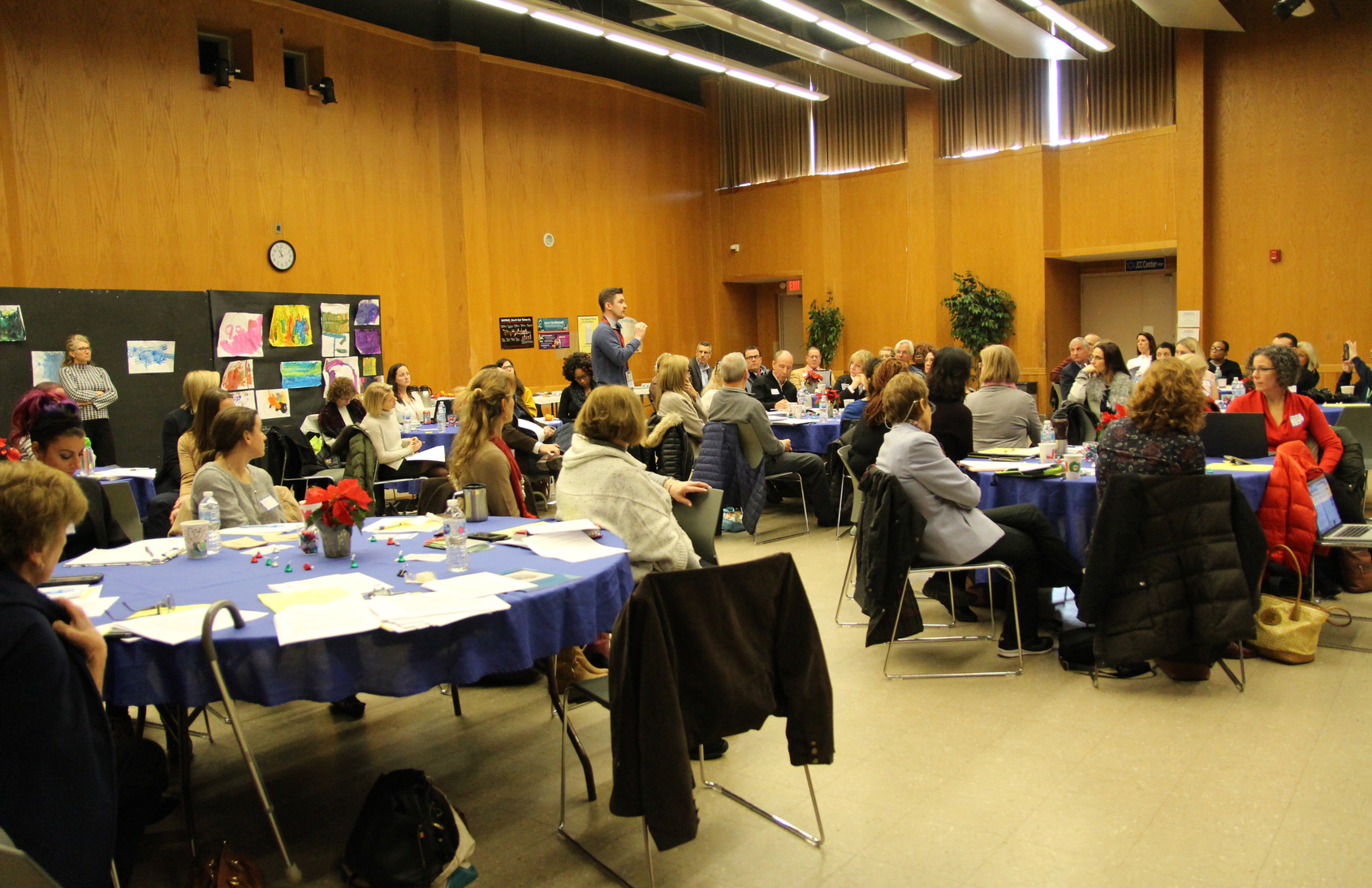 “I’d like to outlaw vaping, quite frankly,” said State Senator Carlo Leone. “We’ve done so much on cigarette reduction, but this new technology came up and was targeted to adults as an alternative to cigarettes. But it’s been marketed as cool. A lot of education needs to come into play. The industry will want to make sure they have the ability to sell the product, but we need to protect our children. There is going to be a lot of public hearings and public debate,” he said.

Communities 4 Action shared a slide that said a 10 % tax increase on cigarette prices correlates to a reduction in smoking of 3.5% and among kids by 6 to 7 %, but that Connecticut does not tax e-cigarettes or any vaping product.

State Rep Tom O’Dea said he supports the increase in penalties for sales of vaping products to minors.

“The maximum fine for selling/giving/delivering an e-cigarette to a minor currently is $200,” O’Dea said. “I support taxing e-cigarettes same as cigarettes.”

Dennis Budnicki from Liberation Programs, who spends much time at Greenwich High School, said there is such a thing as a vaping detector and that they can be installed in school bathrooms.

“But they’re very expensive – like $3,000 each,” he said. “To put them in student bathrooms, they can detect the vape and disturbance of kid horsing around in a bathroom. That would signal the telephones to security,” Budnicki said.

A social worker from Westhill High School said when she was a teen there was the DARE program. DARE stands for Drug Abuse Resistance Education. “We don’t have anything like that now,” she said. “We need something like DARE and to work with kids starting when they’re young. Right now we’re now just doing triage.”