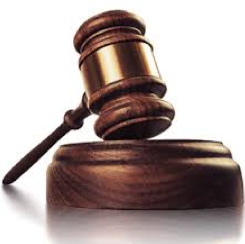 Michael Lombardo, Jr., 38, of Stamford, waived his right to indictment and pleaded guilty on Thursday in Hartford federal court to one count of wire fraud in connection with a scheme to defraud more than 20 of his investment clients, according to an announcement from Deirdre M. Daly, United States Attorney for the District of CT.

According to court documents and statements made in open court, Lombardo worked for a Westport-based company that provided investment services.  He provided financial advice to the company’s clients with respect to their retirement savings and other investments.

From approximately September 2011 to February 2014, Lombardo defrauded more than 20 clients by diverting more than $190,000 in client funds for his personal use.

As part of his scheme, Lombardo submitted fraudulent requests to disburse a portion of the retirement accounts of clients.  Lombardo would request that a disbursement check be sent, typically by overnight mail, to him at his Westport office.  After he received the check, he would forge the client’s signature on the back of the check and then cause the check to be deposited into his personal bank account.

Lombardo is scheduled to be sentenced by Senior U.S. District Judge Alfred V. Covello on December 4, 2014. He faces a maximum term of imprisonment of 20 years and a fine of up to $250,000.  As part of his plea agreement, Lombardo will be required to pay $191,068.73 in restitution.

This matter is being investigated by the Westport Police Department, the United States Secret Service and the Connecticut Financial Crimes Task Force.  The case is being prosecuted by Assistant U.S. Attorney Ray Miller.