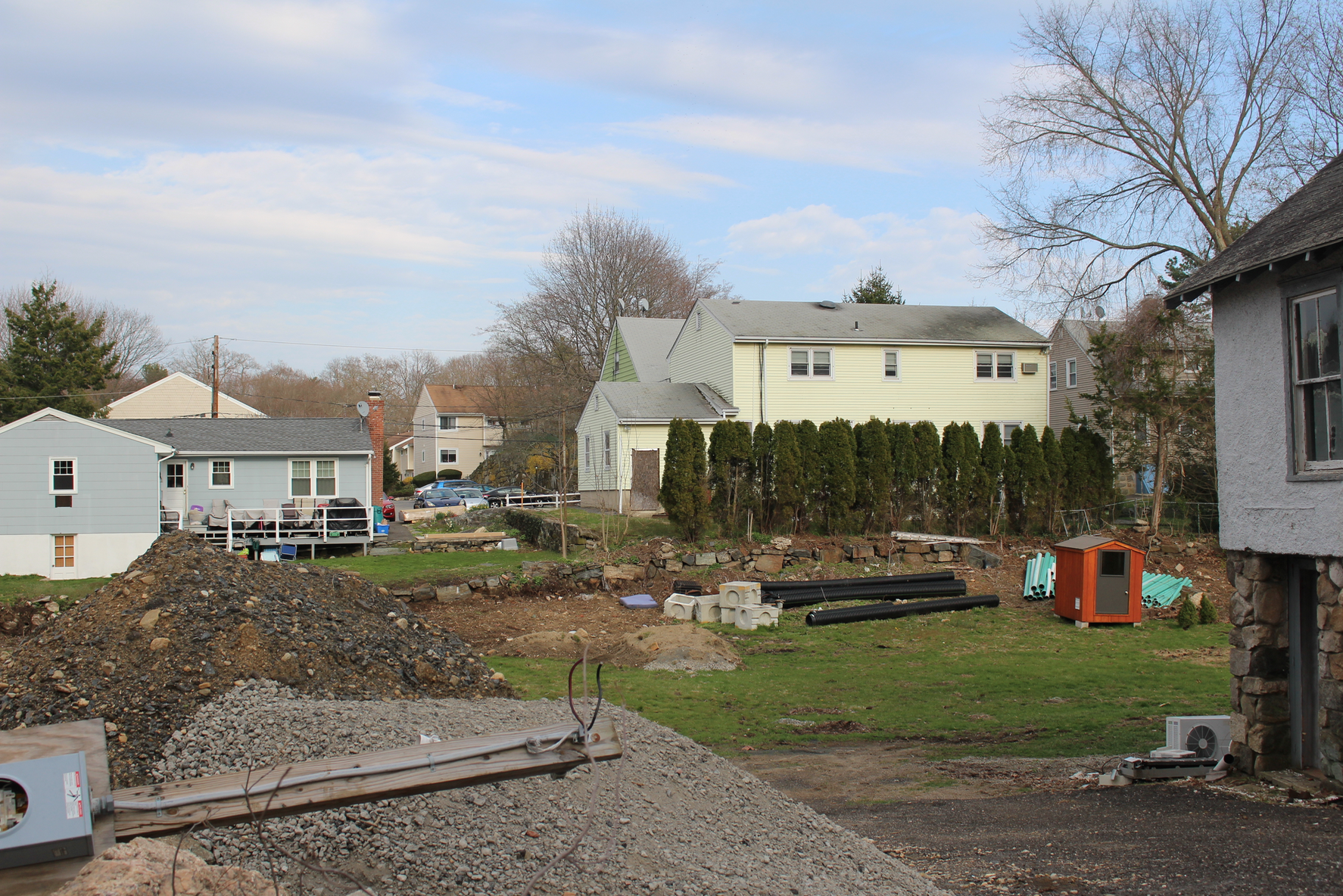 A proposal to raze an existing home at 67 Bible St in Cos Cob, subdivide the lot into two parcels and build 2 two-family homes was discussed at Planning and Zoning on Tuesday night.

John Tesei, attorney representing the applicant, the Natale family, said the property is in the R6 zone and abuts Cos Cob Ave, where there are many two family homes.

“You don’t often see enough land area to dedicate 15% open space in the R6 zone,” Mr. Tesei said, adding that the application would include a conservation easement.

He said the Natale family had spent over a year on the development plan, and that they were not trying to gild a lily.

“We’re looking for development plans that keep us well within the FAR for a 7,500 sq ft lot,” Tesei said. “I don’t think this is bad precedent and I think it’s good development.” 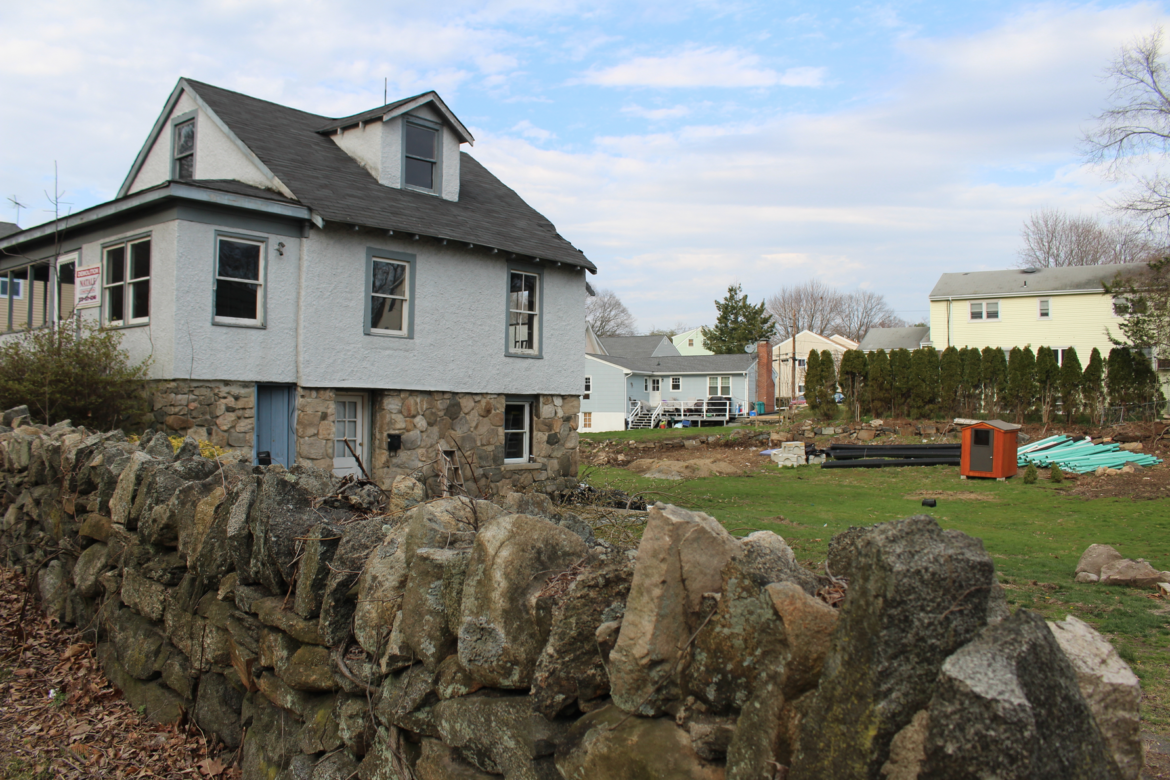 “It isn’t good development if you’re going to call for a conservation easement and then put in retaining walls and 13 ft or 10 ft of fill,” said P&Z commission chairman Richard Maitland.

Comments from Aleksandra Moch, environmental analyst for the Town of Greenwich, provided conservation comments were shared.

“She is uncomfortable with the proposed area of conservation, which would be entirely disturbed, improved with underground filtration systems, and incorporated into the rest of the recreational yard. The yard would likely be mowed on a regular basis. This change would take away all environmental values from this area,” Alban said, quoting Moch’s comments.

“She’s suggesting you move the drainage out of the conservation area so that it can stay in some sort of natural state. She is also concerned about the fill, which may eventually change drainage patterns,” Alban said of Moch’s comments.

“The take-away I get from conservation is they are not comfortable with the open space and drainage,” Alban said.

“My client is being punished by having too much land,” Mr. Tesei joked. “This site has to be substantially manipulated, changed, to accommodate the two houses – that’s self evident. The balance is what are you giving away – something that is natural because it has been a lawn. But, looking at the context in terms of open space across the street, it all works. Mr. D’Andrea will tell you, it’s a good plan.”

“The drainage is problematic and would become worse in a severe storm event under your development plan,” Alban said.

“This plan is literally a drop in the bucket if you look over there in terms of storage,” Tesei said. 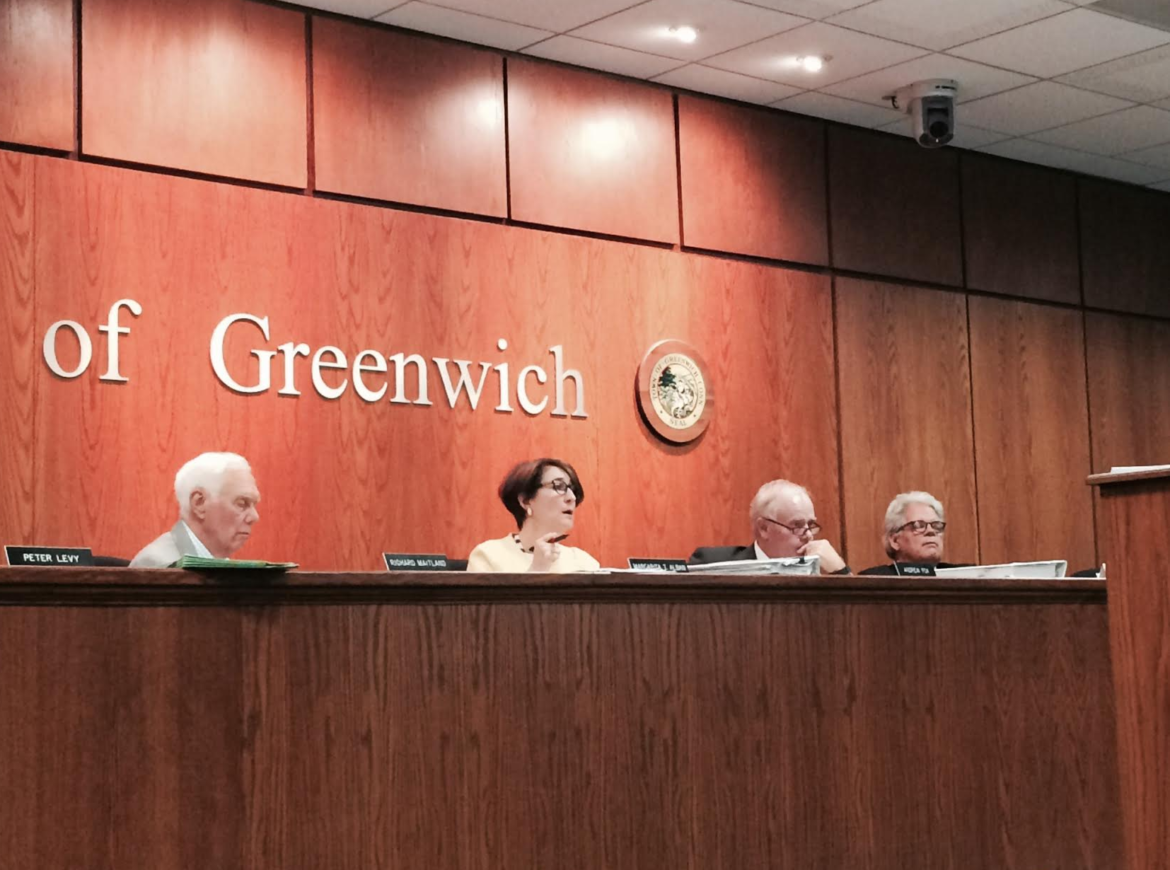 Tesei reminded the commission that his clients come from this Cos Cob community, and that the challenge is an engineering issue that Mr. D’Andrea would address.

Commissioner Andy Fox asked what other houses in the neighborhood have parking underneath the house. Specifically, he asked where else on Bible Street has the grade been raised 13 ft to put a garage underneath a house?

Tesei argued that the entire community is non conforming.

“We’re stuck having to comply with today’s current regulations, on a street that is substantially non-conforming when it comes to two- and three-family homes,” Tesei replied. “Where do you strike the balance when that’s the character of the neighborhood?”

“What would happen if the applicant did not put the parking under the house, and you didn’t raise the house?” Mr. Fox asked.

Tesei replied it was impossible to provide the number of parking spaces that regulations require for two-family homes in the R6 zone.

Mrs. DeLuca asked Mr. Tesei if there was a conceptual plan to show potential development with no fill and deed-restricted open space. 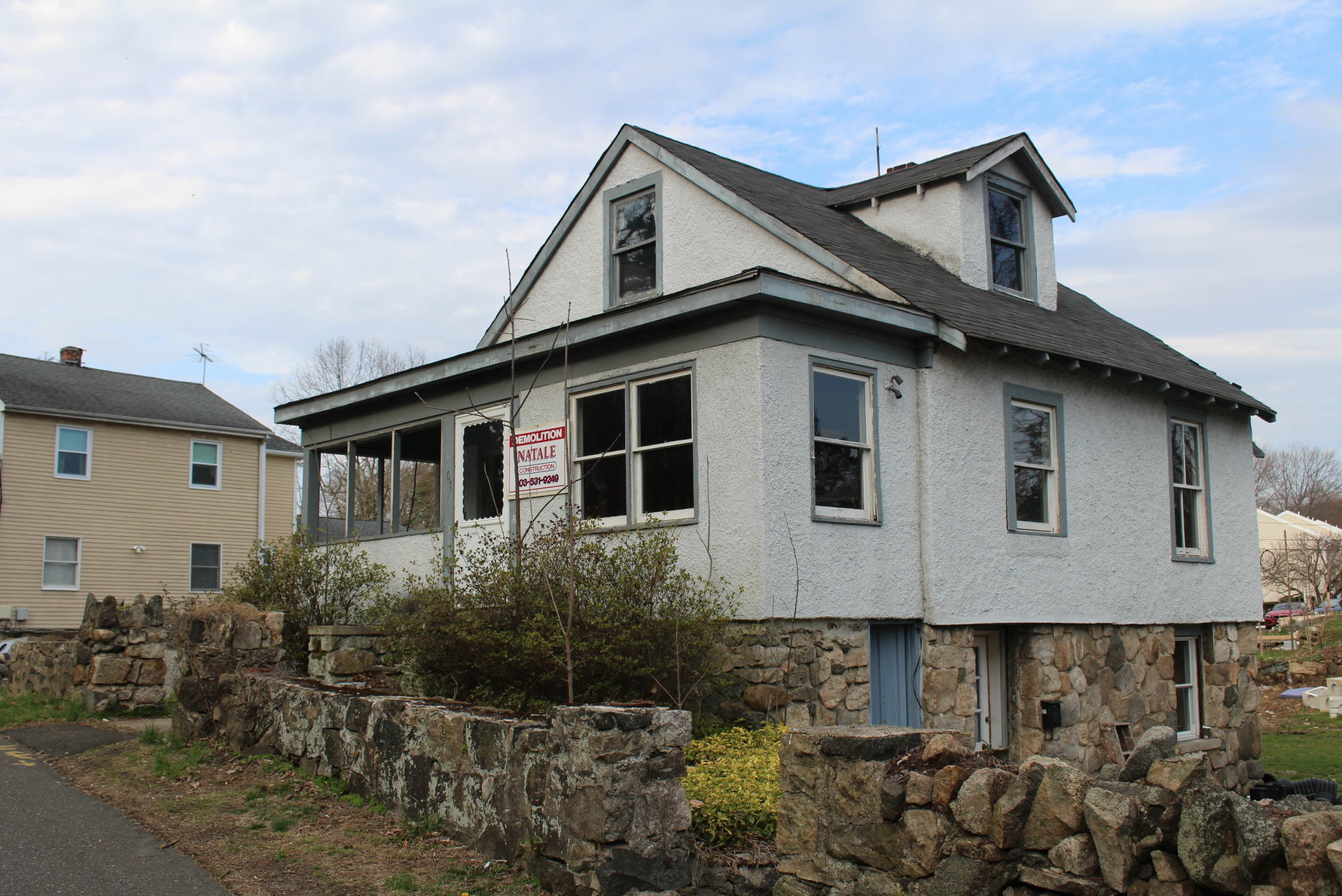 “We couldn’t figure out a way of doing it with two-family homes,” Tesei said.

Mr. D’Andrea addressed questions about peak rate of runoff in a five-year storm.

“In part of the drainage manual, we’re allowed to pass through the water that comes from offsite sources…It’s obvious it’s a large, 30-acre watershed,” he said.

D’Andrea said a Camp Dresser McKee (CDM) report to the town of Greenwich revealed that  there are two culverts underneath the Bible Street playground, and that they are undersized and inundated in a two-year storm. He said that water storage for the neighborhood is in Bible Street park, a swamp that the town filled in. 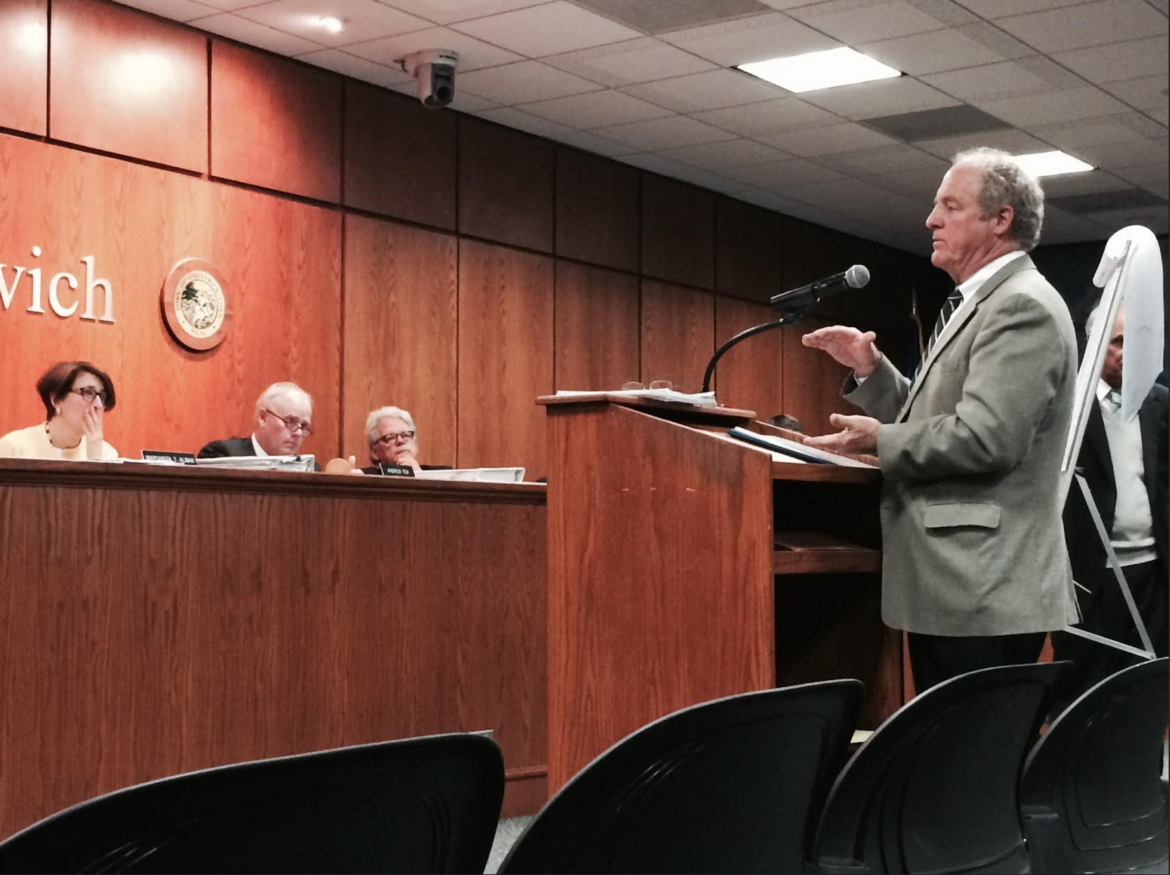 “It’s not the problem on our side. It’s a problem for the town’s infrastructure,” he said, adding that his clients plan to have a curtain drain in their plan. D’Andrea said he would continue to work with DPW engineer Scott Marucci.

All agreed that the area will remain a naturally depressed, low area that naturally collects water for the neighborhood. The commission pointed out that the applicant’s dilemma would be solved if they instead proposed a single family home instead of two-family.

At the end of the meeting the commission left 67 Bible subdivision open and did not open the two associated site plans.