At the March Parks & Recreation board meeting, the Parks & Trees Superintendent Bruce Spaman gave a snapshot of the state of Greenwich’s fields.

“We set the table for the recreation people to program,” Spaman said. “We have some challenges this year.”

Spaman said the good news is that the town’s ball fields came out of the winter in great shape.

“They actually put covers over the infields this year and pulled them off just last last week (mid March) and they’re just beautiful. Better than we’ve ever seen them come out in springtime,” Spaman said.

Spaman said the Town purchased about 300 tons of clay during the year and put it on the infields, though he acknowledged that the clay dries up and some gets blown away.

In addition, Spaman said that a major component of the Town’s organic program is overseeding.

Spaman said that the town’s organic program is both labor and material intensive. But, he said, “It’s working out and people are interested in how we’re doing it.” 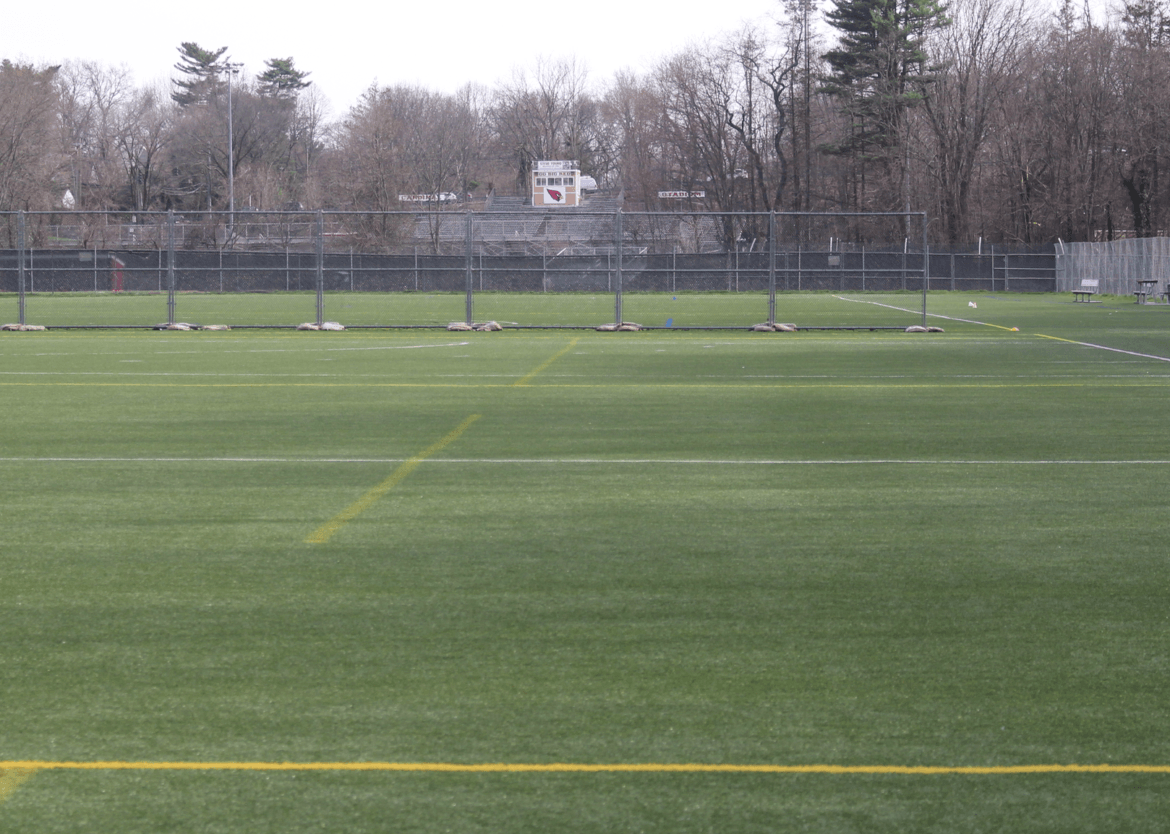 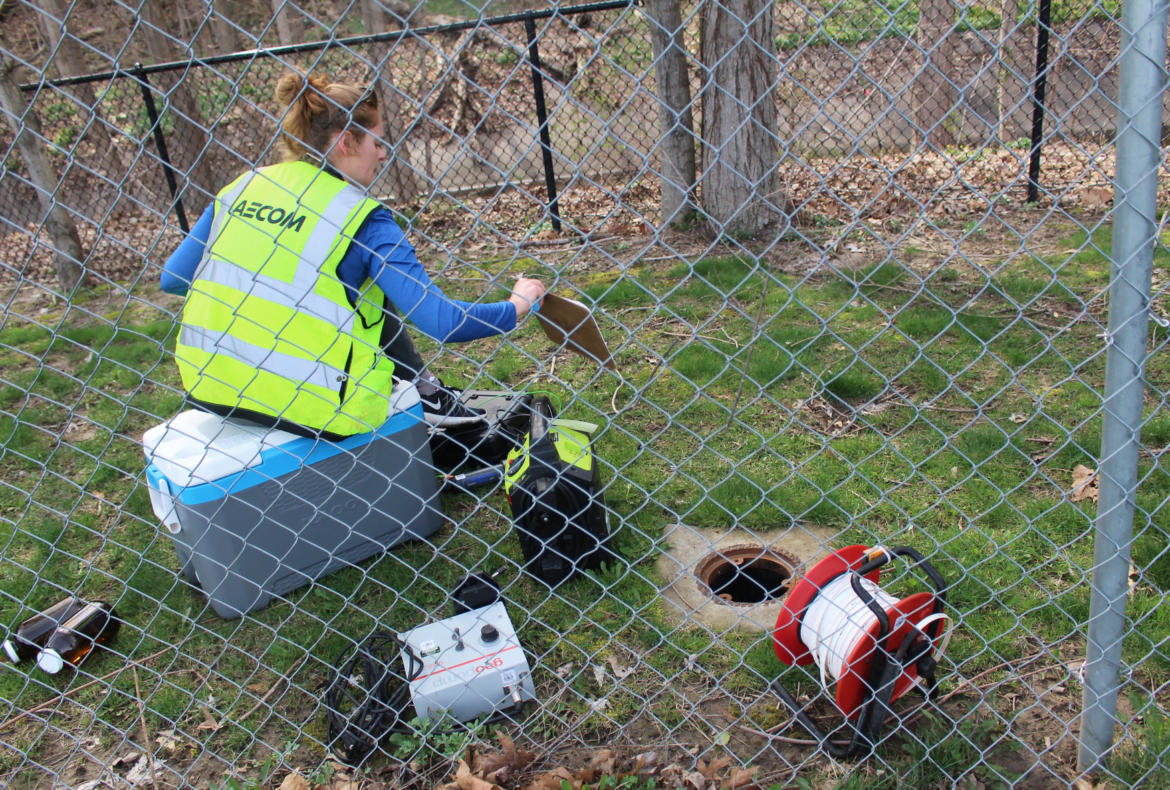 AECOM conducted environmental testing of water from a well adjacent to the babbling catch basin along to Field 3 at Greenwich High School. April 12, 2017 Photo: Leslie Yager 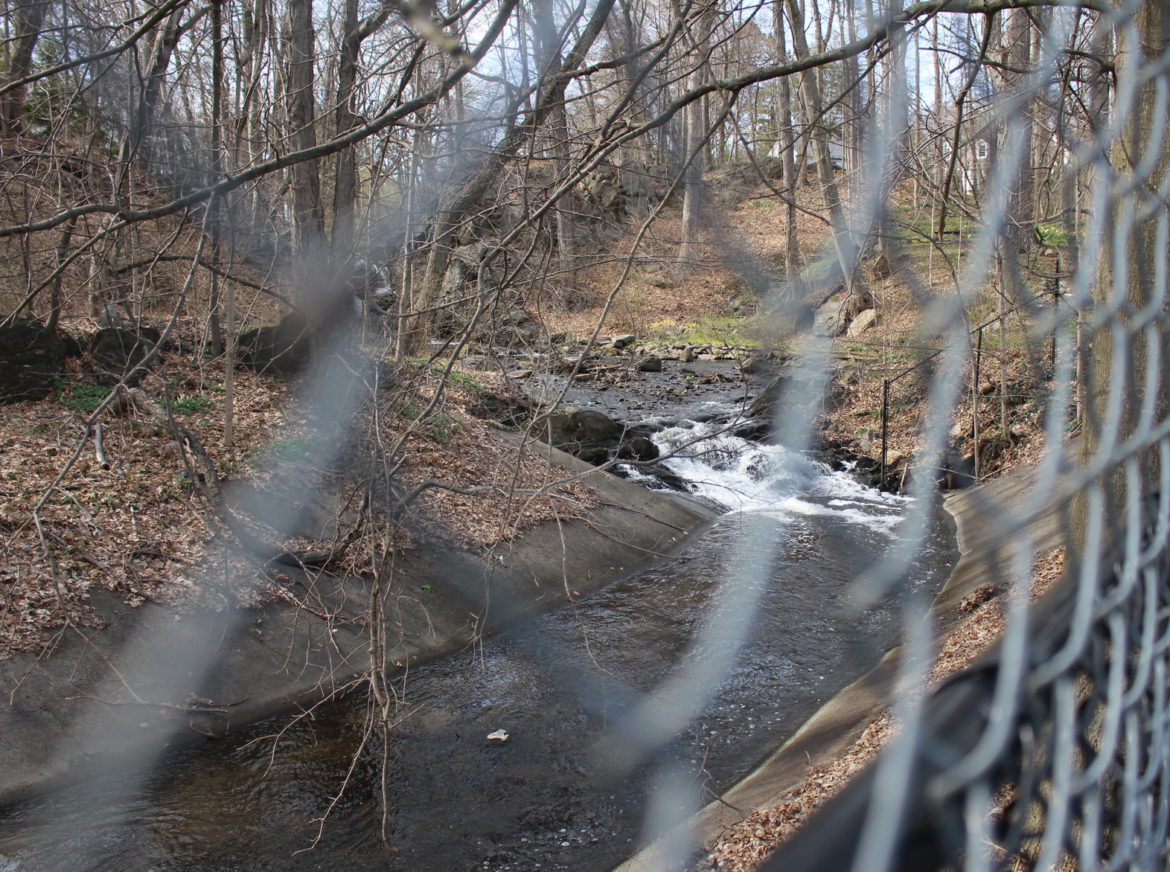 After days of rain, water gushes into the catch basin along Field 3 at GHS. April 12, 2017 Photo: Leslie Yager

At Greenwich High School, new artificial turf was installed at Cardinal Stadium. Joe Siciliano, director of Parks & Rec said the new surface takes some adjustment for those used to playing on crumb rubber.

“It’s playable and environmentally friendly. I have heard no major complaints,” Siciliano said. “It works fine. It has a different feel to it.” 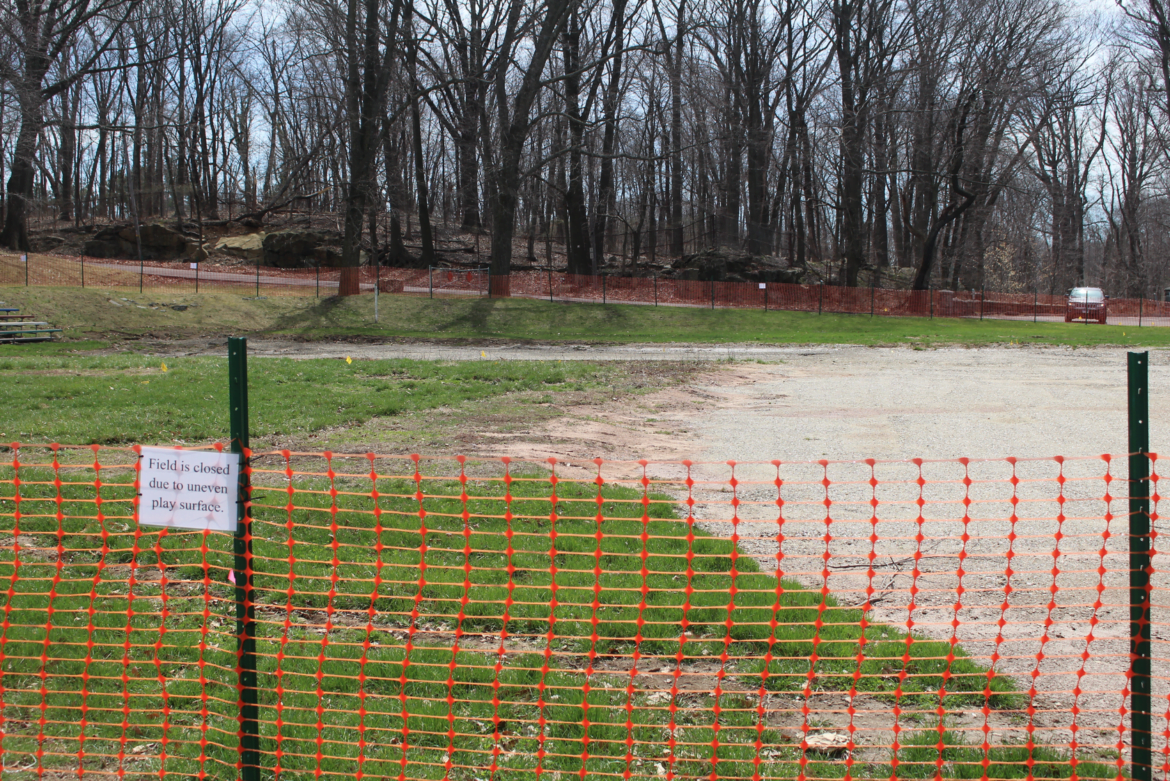 Fields on the West Side of Town Hang in the Balance

On the downside, Spaman described New Lebanon School’s field as “a mess.”

“We’re in a flux,” he said, adding, “We’re wondering whether the school’s going to get built and if the field will get rehabbed. It’s a football we’re tossing around.”

Mr. Siciliano said the New Lebanon building committee can not execute a contract for work on that field until they get the results from the state bonding commission for the possible new New Lebanon School construction project.

“That’s held everything up …we don’t want to invest serious money into that field in making the final repair, because it is slated, if the school gets built, to be a staging area for construction and a parking lot for a while.”

As for the Hamilton Avenue School field, Siciliano noted that the BET turned down an $800,000 renovation.

“I think based on the discussion, they would listen to another plan, maybe for a lesser amount of money,” he said, adding that two plans have circulated for the field – one in high $200,000’s and one around $400,000.

“I don’t know when the Board of Education will bring those forward to the BET, ” he continued. “We’d like to be able to support that because it is also a field we can use in our inventory of scheduling if we can get it to where it’s playable.”

Tom Greco, Assistant Director of Parks  Rec said that the state wants more soil testing at Western Middle School, and that at New Lebanon School, a decision from the state on whether to support the new school is expected in late June and construction would kick off in July.

“We’re swinging in the wind on those three fields,” Spaman said.

Talk turned to potential improvements of Teufel Field, which is part of Byram Park and already has lights and permission to use them until 10:00pm.

Siciliano said a rep from Musco Sports Lighting, one of the largest sports lighting companies, had been brought in to discuss potential improvements to the current lighting system so the field could be used for a multitude of sports.

“Why not look at Byram Park and putting in a turf surface where you can play softball and other sports,” he asked, adding that the lights could be used to greater advantage in terms of scheduling sports programs.

“We’re there. We we have to get it through the RTM and we’ll see. People acknowledge that there is a need for consistent playable field space. It’s not that we don’t have a number of fields, but it has to do with how consistent you can play on them.  Artificial surfacing gives you that consistency,” Siciliano said, adding that he would like to focus efforts on improving another field than Western, Hamilton Ave or New Lebanon.

“Whatever the first one is, let’s do it,” referring to Teufel field. “Because at Western Middle School they keep asking for more sampling and remediation.”

“Let’s get something in the works. Teufel seemed to be an interesting project because of the current lighting system. Why not take advantage of it?” he asked, though he went on to acknowledge that Teufel does have has limitations for baseball because it is not a regulation high school field.

“I wouldn’t say you’ll see high level high school sports down there, but you you might see a lot of club sports and recreations sports which opens up space on other fields. It’s the domino effect of how the scheduling works out.”