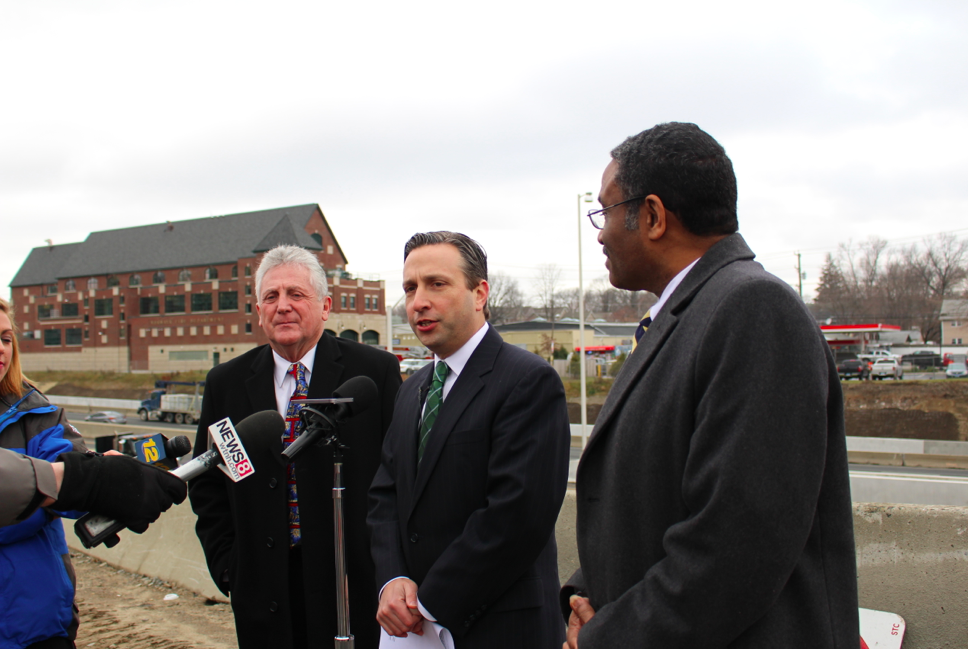 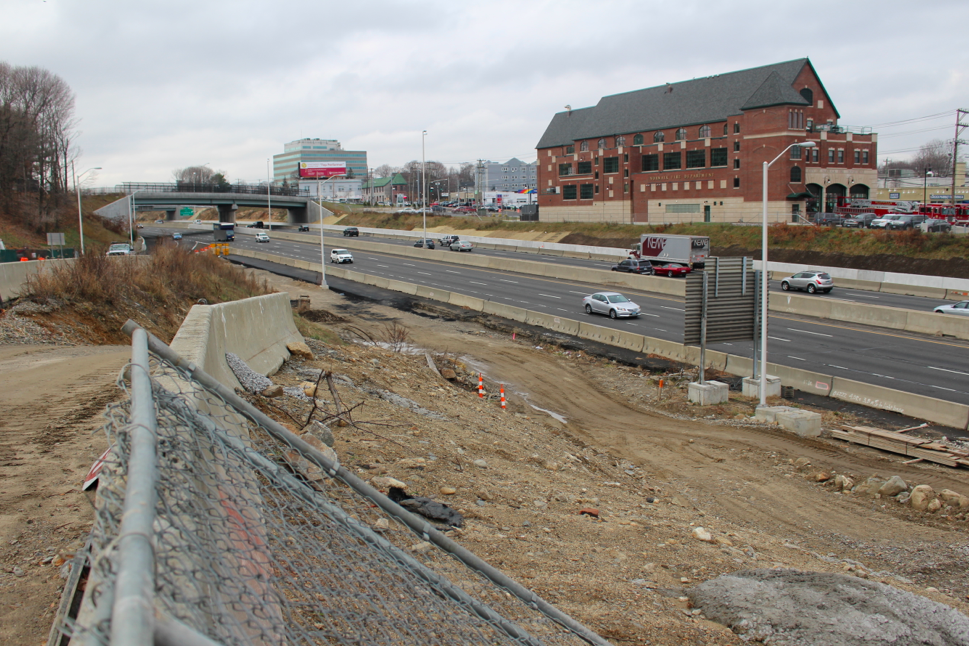 The first of two “speed change” lanes on I95 in Norwalk opened five months ahead of schedule, easing congestion in what is often referred to as “choke point number one.”

A new northbound “speed lane” between exit 14 and 15 opened on Friday and its twin on the southbound side is set to open in the spring.

The project gives an additional lane in each direction between exits 14 and 15 so drivers have more space and time to adjust their speeds outside of the main traffic flow as the transition to or from the interchange ramps.

Mr. Duff said the speed change lanes between exits 7 and 8 in Stamford served as models for Norwalk.

The speed lanes are part of a $42 million improvement project that includes reconstruction of Taylor Ave, Cedar St and Fairfield Ave bridges. Those bridges are being rebuilt to expand I95 their width to span the additional speed lanes and increase vertical clearances over the highway. The exit ramp to Rte 1 (Connecticut Ave) is also being reconfigured and improved, as well as its intersection with Rte 1. 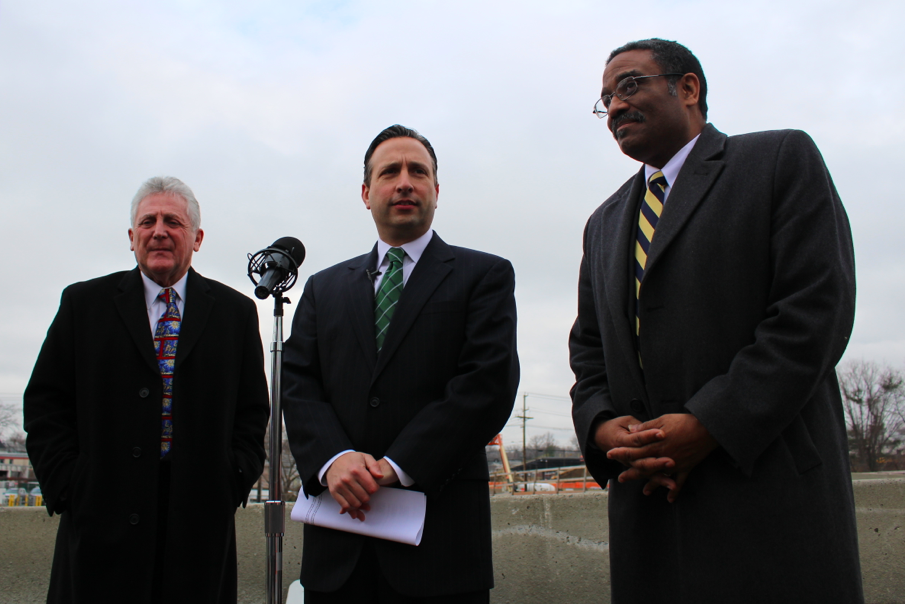 The news or the opening of the early opening of the northbound speed lane was announced Monday morning at a press conference hosted by Norwalk Mayor Harry Rilling, State Sen. Bob Duff (Senate District 25) and State Rep Bruce Morris (Dist. 140).

The short distance between exits 14 and 15, combined with volume of 140,000 vehicles per day, has for years translated into long delays and unsafe driving conditions.

The “speed change lanes” are modeled after those in Stamford, adding an auxiliary lane for on-ramp traffic so vehicles can get up to full speed before merging.

Mayor Rilling expressed his own frustration with frequent delays, as he travels this stretch of I95 himself three or four times a day. “I have noticed a significant difference already. The lines that used to queue up — people trying to get on and off was very dangerous. Not the traffic is flowing smoothly,” he said.

Duff thanked Gov. Malloy for helping spearhead the project before he was elected to office and, according to Duff has been a “stalwart.” 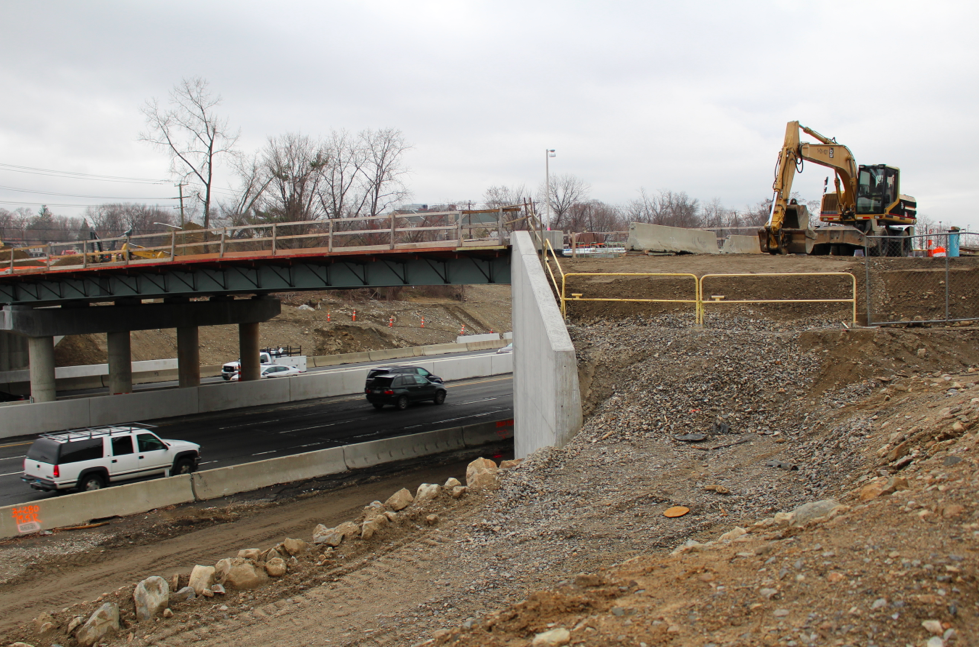 “This project is bringing welcome relief to commuters,” Duff said, adding that there is one more bridge, the Fairfield Ave Bridge, remaining to be reconstructed. He recalled the reopening of the Cedar Street Bridge last spring, a project that was also completed ahead of schedule.

“This is an example of how construction on I95 can get done on time and on budget, bringing welcome relief to commuters,” Duff said.

“We’re trying to alleviate the choke point so people can get back and forth to their jobs, place of business, to the stores, on Connecticut Ave or wherever they need to go easily, reliably and predictably. This will help them do that and I couldn’t be happier that this is being done this time of year.”

Morris said the stretch between exit 14 and 15 in Norwalk is critical, not just to the lcoal economy, but the safety issue is critical. Specifically the location of the speed lanes impacts the connection with Routes 7 and Rt 25.

Duff said he attributes the work being completed ahead of time to the DOT workers and contractors, who have worked nights and days without a day off since groundbreaking.