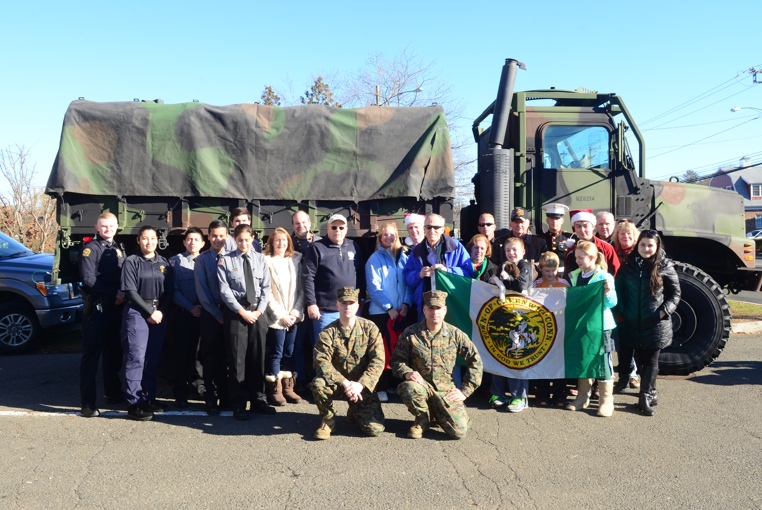 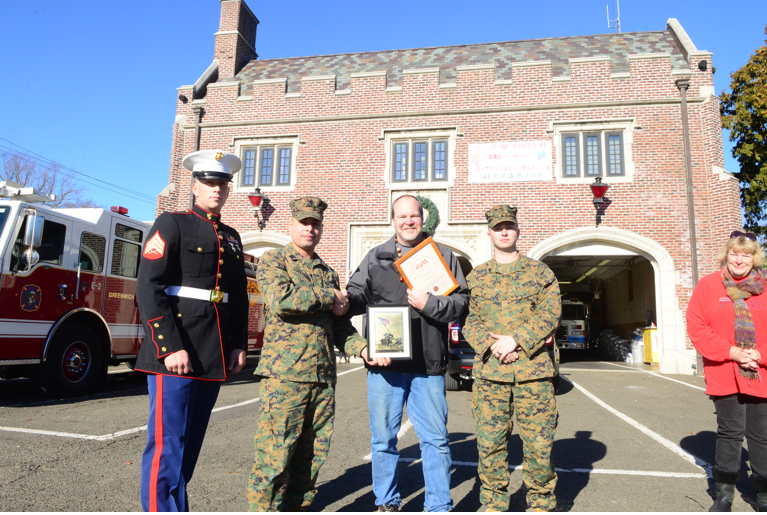 Greenwich’s Jack Kriskey was recently presented with the Commanders Award at the Marine Toys for Tots charity toy drive held at the Cos Cob Firehouse.

Greenwich Police Officer Sacco put on his old  Marine Corps Dress Blues and was part  of the detail that presented Mr. Kriskey with the award on behalf of Lieutenant General Richard Mills, Commander of the Marine Forces Reserve.

The citation read: “Jack’s generous contributions have enabled the Marine Corps to bring the joy of Christmas and send a message of hope to America’s less fortunate children.”

Jack was commended for 14 years of service to the program having volunteered right after of the terrorist attacks of 9/11. Mr. Kriskey has turned over the management of the program to the Greenwich Police Explorers and the Greenwich Police Silver Shield Association, but he and his wife Veronica Staplefield will continue to assist in advisory capacity.