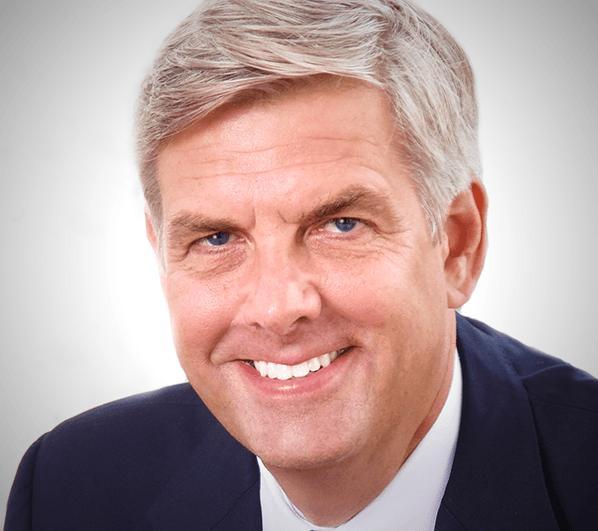 Bob Stefanowski is the Republican nominee for governor.

In the crowded Republican primary for governor Stefanowski beat four other men, garnering about 30% of the vote.

Danbury Mayor Mark Boughton, who was endorsed by the party, won  21% of the vote.

Stefanowski’s running mate will be Joe Markley, a state senator who won nearly almost 50% of the vote in the primary for lieutenant governor against New Britain Mayor Erin Stewart and Darien First Selectman Jayme Stevenson.

Stefanowski, 56, a political outsider, opted out of the state’s public-financing program.

The formerly a business executive worked earlier in his career for General Electric and UBS.

Most recently was CEO at a payday lending company, DFC Global.

Stefanowski, who for a time he was a Democrat, did not vote for either Hillary Clinton or Donald Trump in 2016.

This week, after his primary victory, he received an endorsement from President Trump via Twitter.

It is about time that Connecticut had a real and talented Governor. Bob Stefanowski is the person needed to do the job. Tough on crime, Bob is also a big cutter of Taxes. He will win in November and make a Great Governor, a major difference maker. Bob has my total Endorsement!

Stefanowski, a resident of Madison is married has has three daughters.

He has pledged to “rip costs” from state government and eliminate the state income tax.  His five step economic plan for Connecticut has been endorsed by Dr. Arthur Laffer, senior economic advisor to President’s Trump and Reagan, according to a statement released by his campaign.

During his victory address, Stefanowski promised to fulfill his campaign plan to cut taxes and rebuild Connecticut’s economy.

“Connecticut will actually have a real CEO running for Governor – whose primary focus will be putting people back to work – and creating a competitive environment where working families can afford to stay here – and our parents and grandparents can afford to retire here,” Stefanowski said in a release following his victory.

Our campaign has been underestimated from the start.  A year ago, there was no one in this state who thought we would be standing here in this room at a victory celebration right now.

Well, we proved them all wrong – we just won!

And we will prove many more people wrong by beating Ned Lamont in November and becoming the next governor of the state of Connecticut.

I want to start by thanking my beautiful wife Amy – for her steadfast support throughout this extremely difficult campaign, for her engaging personality and for her warm heart –  I wouldn’t have been able to accomplish this without you Amy.

I also want to thank my daughters Lauren, Rachel and Megan.  Running for political office is not easy.  Their maturity and support in the face of attack ads, press scrutiny, late nights and at times a distracted and grouchy dad was simply amazing.  I could not be more proud of my family!

I want to thank my campaign team and the dozens of volunteers who worked countless hours to arrive at this outcome.  We simply could not have done this without you.

I want to thank my able competitors, Mark Boughton, Tim Herbst, Steve Obsitnik and David Stemerman.  They are each tough, tenacious and ran terrific campaigns.  Now we need to unite, come together as Republicans and create a turnaround team to save CT.

I especially want to thank the Republican voters who gave me their vote and confidence today.  And I want thank those who preferred another candidate, but who embrace Republican values.  I look forward to working with you, to unite as a party and to beat Ned Lamont in November!

Finally, I want to thank my dad, Bob Sr.  He is 88 years old and still lives in the house I grew up in North Haven.  He is an example of what CT used to offer.  After graduating from Hillhouse High School in New Haven in 1948 as a basketball star he married my mom and they were together for 70 years before she passed away a year ago.  They worked incredibly hard, created a safe and happy home for my 3 sisters and me and saved enough money to send us to college. My mom and dad are the perfect example of what CT used to offer its young people, and what we can absolutely bring back to our state with the right leadership, integrity and hard work.

When I first thought about running for office – I met with a lot of people –  a lot of people who had insights – knowledge into the process of politics and government.  But nothing they said could have prepared me for what my family and I just experienced – and will experience in the weeks and months ahead.  And that’s a good thing – because I learned a lot.

I learned that despite the attacks from the press, the trolls on the internet, the attack ads and all those who want to put THEIR spin on what we want to do, you have to stick to your core beliefs –  to your values.

I learned that to save our state, we have to defend the core republican values of smaller government with less interference in our lives, lower taxes, greater personal responsibility, and high moral and ethical standards.

I learned a lot about this great state and its people. The diversity of our 169 cities and towns. Connecticut’s rich history and legacy. And our people’s sincere hopes to bring CT back to the opportunity and greatness that it used to have.

I learned that 8 years of Dan Malloy and the special interests that he is beholden to have damaged our unalienable right to the pursuit of happiness. We can’t continue to kick the can down the road. That we need to wipe the slate clean with a fresh approach, ambitious goals and the tenacity to achieve them. That we simply can’t afford a continuation of the horrible economic policies under a Ned Lamont administration.

I have a plan and focus – a message that puts Connecticut’s working families first – not the special interests in Hartford, A plan that will reduce your taxes –  with a focus on putting more people back to work. A plan to eliminate the state income tax over 8 years! A plan that will reduce the waste in Hartford –  re-prioritize how government is run –  and yes, bring some common-sense business practices into the public sector. A plan to take power away from career politicians and give it back to the people.

For the first time in decades, Connecticut will actually have a real CEO – whose primary focus will be putting people back to work – and creating a competitive environment where working families can afford to stay here – and our parents and grandparents can afford to retire here.

And we will have a terrific COO in Lieutenant Governor Joe Markley!  I am proud to have you as my running mate Joe.  You ran a campaign with dignity and grace.  We will make a terrific team.  Your knowledge of government and ability to work with the legislature will be invaluable to moving our growth agenda forward.  Some day you, I, and all of us here are going to look back on this very night with pride – as we begin the process to rebuild Connecticut to its former glory.

We need to have real change – that our children and grandchildren can continue to live and work in CT for generations.

The people of CT need a future, not merely a past.
The people of CT, need to make history, not repeat it.
That’s what our campaign is about – real change vs. the failed status quo, a real future vs. no future and real hope vs. no hope.

Tonight I am asking every CT taxpayer and every working man and woman in CT to join us.  242 years ago the men and women of CT joined a revolution for freedom that gave birth to a new nation that changed the world. Tonight I ask you, the working taxpaying men and women of CT to join a new revolution for freedom from Hartford’s big government spending and taxes.  The real battle for freedom has begun for change, for hope and for our future.  Thank you for a big win tonight.  Next step is to win in November!

So tonight let’s celebrate.  Let’s catch our breath. And let’s get some sleep! We’ll need it. Because tomorrow with the sun rise we’ll be rolling up our sleeves. And in the weeks ahead, I hope and expect to be joined by the good and smart Republican men and women who, like me, sought the people’s confidence to lead Connecticut out of the darkness, and who want, as I do, to return Connecticut to its heritage and stature as a place of plentiful jobs, happy neighborhoods and robust businesses.  With communities and industries and innovation. Of prosperity. Of hope. Of pride.

Let’s partner together as Republicans to make this place we call home thrive and prosper, to make it a better place for not only ourselves and our families, but for our children’s children.