Editor’s Note: This story has been updated to clarify that when voting for Board of Education  candidates, the law provides you can vote for up to 4 candidates, but they can be in any combination you want.  Someone can vote for all 3 Democratic candidates, for instance. The original story suggested voters can pick two from each party, but should have said two candidates will win from each party.

On Saturday morning Greenwich Democrats unveiled their roving billboard, which made the first of a half dozen stops beginning at the Holly Hill Resource Recovery Facility.

The trio whooped it up at Holly Hill, chatting with residents, shaking hands and event dancing a bit. 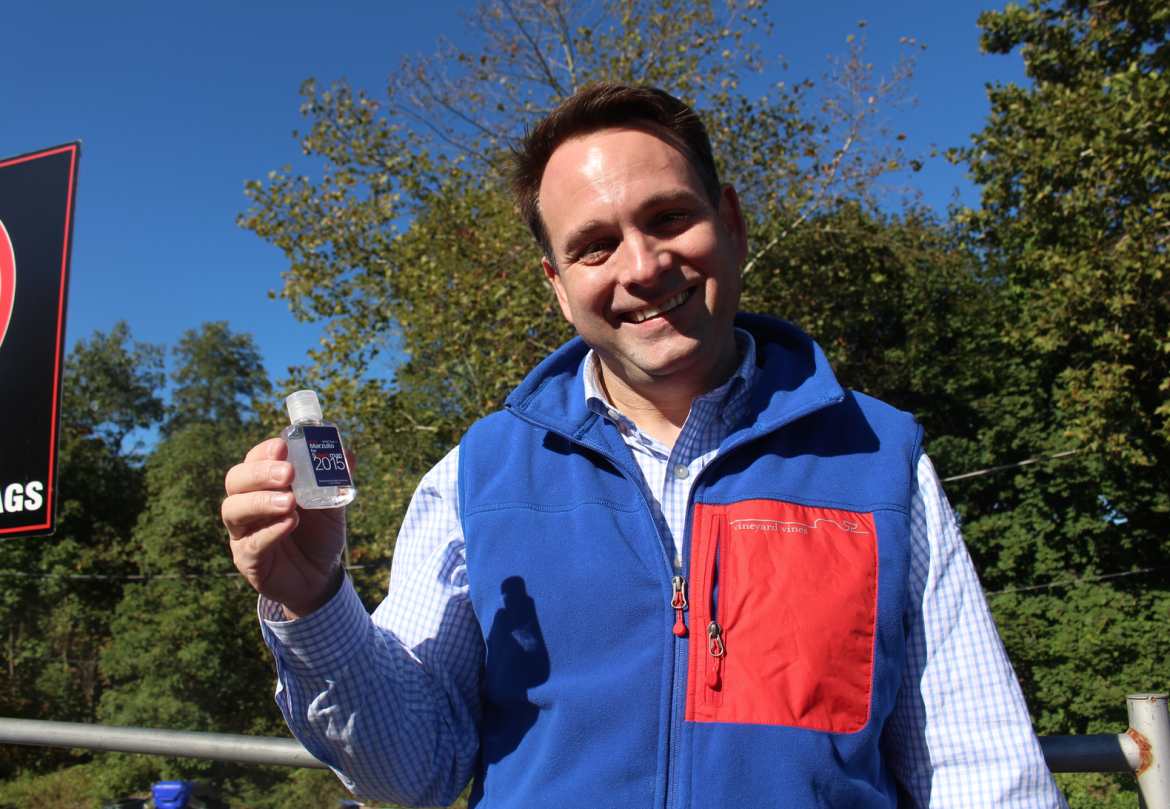 “Half the challenge is reminding people that there is an election on Nov. 3 and it’s an important one,” said Mr. Marzullo. “We’re having fun and engaging people.”

“I am thrilled the way this worked out. We got a lot of great visibility at Holly Hill. Everyone seemed enthused,” said  Mr. Richman, who said that if he wins on Nov. 3 he would work toward transitioning the tax collector job from an elected office to a position the town human resources department hires for.

“We’re having fun talking to people and meeting people,” Mr. Farricker said. “This is how we’re going to govern — with original ideas and fun.”

Other candidates campaigning at Holly Hill included Barbara O’Neill the current Board of Education chair (Republican) and Gaetane Francis (Democrat).