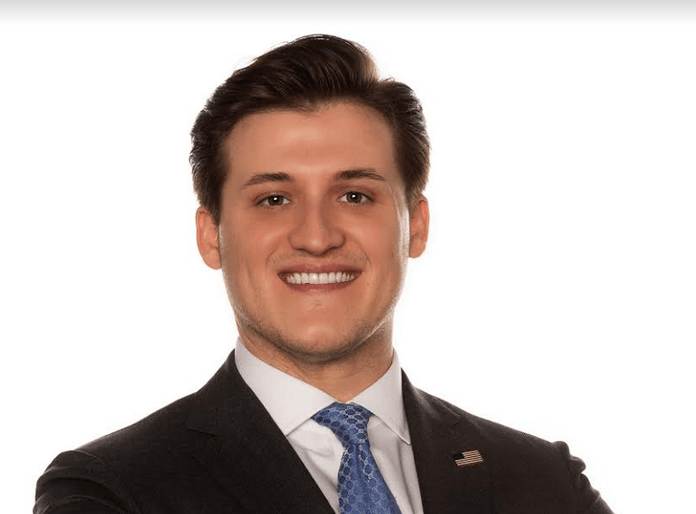 Granit Balidemaj announced his campaign for Greenwich Selectman on Saturday, April 27, 2019 at 11:00am at Greenwich Town Hall, 101 Field Point Rd.

Balidemaj is a Greenwich resident and has been a member of the Republican Town Committee for four years.

As a member of the RTM for District 10, he was one of the youngest members when, at 25, he filled a District 10 vacancy between elections.

During his service on the RTM, he was a part of the transportation committee and community development block grant (CDBG) program.

Balidemaj is also a football coach for the BANC Raiders.

“Greenwich is a shining example of good governance and prosperity for our state and region,” Balidemaj said in a statement on Wednesday. “This reputation is possible through thoughtful planning and strong Republican leadership, and I am running for this open seat to ensure that tradition continues.”

“I will bring a fresh perspective and new engagement with our younger electorate to ensure our party’s principles and town’s future prosper,” he added.

The public is invited to attend the kick off on Saturday.

The election for this position will be held on November 5, 2019.

To date the two candidates who have announced their intention to run for First Selectman are Fred Camillo and Mike Mason.

Joe Kelly, the GHS rugby coach, announced his intention to run for Selectman. All are Republicans.

No Democrats have announced candidacies for First Selectman or Selectman to date.

The Board of Selectman is comprised of three members. The First Selectman is the Town’s full-time chief executive officer.