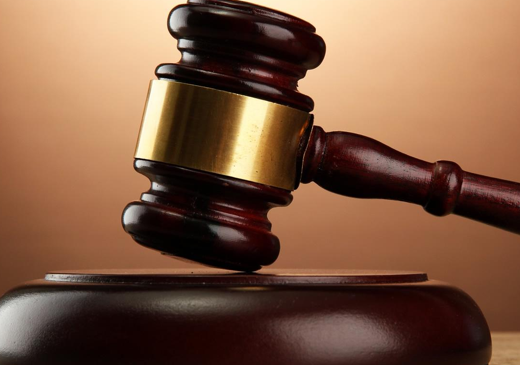 State officials including US Attorney for district of CT, Deirdre Daly, announced on Thursday that Jason Sheehan, 41, and his wife, Glorvina Constant, 35, of New Haven, pleaded guilty in Hartford federal court to charges stemming from an extensive bankruptcy fraud and tax fraud scheme.

“Instead of helping his fledgling company to emerge from bankruptcy, Jason Sheehan looted it, embezzled funds, and stole millions from taxpayers,” stated US Attorney Daly in a release.

“Gloria Constant siphoned hundreds of thousands of dollars from the company’s bankruptcy estate by way of a no-show job, some of which was used to purchase a large home for her family while the company was failing,” Daly added.

“Put simply, Sheehan and Constant committed crimes on top of crimes,” stated FBI Special Agent in Charge Ferrick.  “The extent to which this couple deceived the bankruptcy court and made misrepresentations to the IRS speaks to their total disregard for the law.

Fortunately, as is typical in document intensive investigations, the paper trail was overwhelming.

Unfortunately, many hardworking people employed by Infinistaff lost their jobs.

Together with the U.S. Attorney’s Office, the FBI and IRS make a formidable team and will pursue and bring to justice those who so willfully violate our country’s bankruptcy and tax laws.”

“This case is an excellent example of the collaborative efforts of the Bankruptcy Fraud Working Group to combat fraud and abuse in our nation’s bankruptcy system,” stated U.S. Trustee Harrington.  “The U.S. Trustee Program and its law enforcement partners are committed to protecting the integrity of the bankruptcy system.”

According to court documents and statements made in court, Sheehan was the sole member of a limited liability company known as Infinistaff, LLC, which provided temporary workers to employers.  In September 2010, Infinistaff filed a voluntary chapter 11 bankruptcy petition with the Connecticut Bankruptcy Court.

In addition, between 2011 and 2013, Infinistaff failed to account for and pay to the IRS more than $2.5 million in employment taxes the company had withheld from employee paychecks, and also failed to pay approximately $1.4 million in employer payroll taxes.

The investigation further revealed that Constant received Infinistaff payroll checks totaling $354,000 during the bankruptcy proceedings even though she performed no work for the company.

Sheehan and Constant used the stolen money to support a lavish lifestyle, including foreign travel and the purchase a $650,000 home in Constant’s name.

Constant pleaded guilty on October 6 to one count of conspiracy to commit bank fraud.

According to court documents and statements made in court, in 2013, Constant purchased a home using proceeds from a $390,000 mortgage loan she obtained from a local bank, as well as approximately $260,000 embezzled by Sheehan from the Infinistaff bankruptcy estate.  The mortgage loan application falsely stated that Constant worked for Infinistaff and earned approximately $16,000 per month, when in fact, she did not work for Infinistaff at all.  After a bankruptcy trustee was appointed in the Infinistaff bankruptcy case and the company was no longer operating, Constant applied for a second mortgage loan of $131,000 from the bank.  Constant again misrepresented on the loan application that she was employed by Infinistaff and earning a substantial salary.

This matter is being investigated by the Internal Revenue Service – Criminal Investigation Division and the Federal Bureau of Investigation, with the assistance of the U.S. Trustee Program.

The U.S. Trustee Program is the Dept of Justice component that promotes and protects the integrity of the bankruptcy system by overseeing case administration and litigating to enforce the civil bankruptcy laws.

In the District of Connecticut, the U.S. Attorney’s Office coordinates a Bankruptcy Fraud Working Group that includes representatives from the U.S. Attorney’s Office, the Office of the U.S. Trustee, the Internal Revenue Service – Criminal Investigation Division, the Federal Bureau of Investigation, the U.S. Secret Service, and the Social Security Administration Office of the Inspector General.