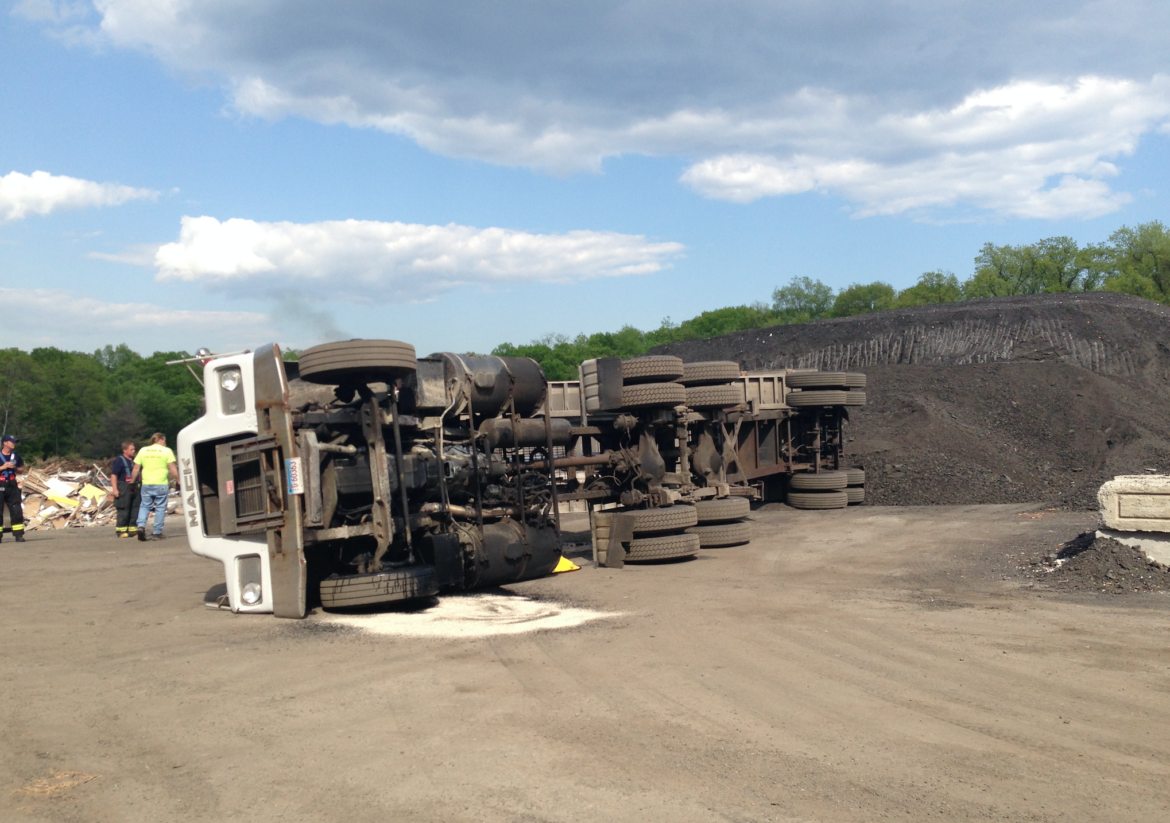 Update, May 23, 5:00pm. Details emerged at the Monday police briefing at Greenwich Police Dept. on the after-hours incident at Holly Hill Resource Recover Facility. According to Lt. Kraig Gray, the incident occurred after the driver of the 18 wheeler was standing aside his truck, raising its load of millings to dump them. “It began to list, and the driver tried to get back inside the vehicle.”

Lt. Gray said the driver, a 53 year old Stamford man who is employed of FGB Construction, injured his left ankle and was taken to Greenwich Hospital.

Original Story, May 19, 5:00pm: A truck dropping millings at the Holly Hill Resource Recovery facility on Thursday afternoon wound up tipping over. The incident occurred around 4:15pm and according to witnesses the driver of the truck injured his ankle and was taken to the hospital.

The 18-wheeler was resting on its side at 4:30pm, as trucks from Lone Star  Towing arrived. The trucks from Lone Star, which has a contract with the Town of Greenwich, were empty when they departed because the owner of the truck that tipped over called his own tow service. 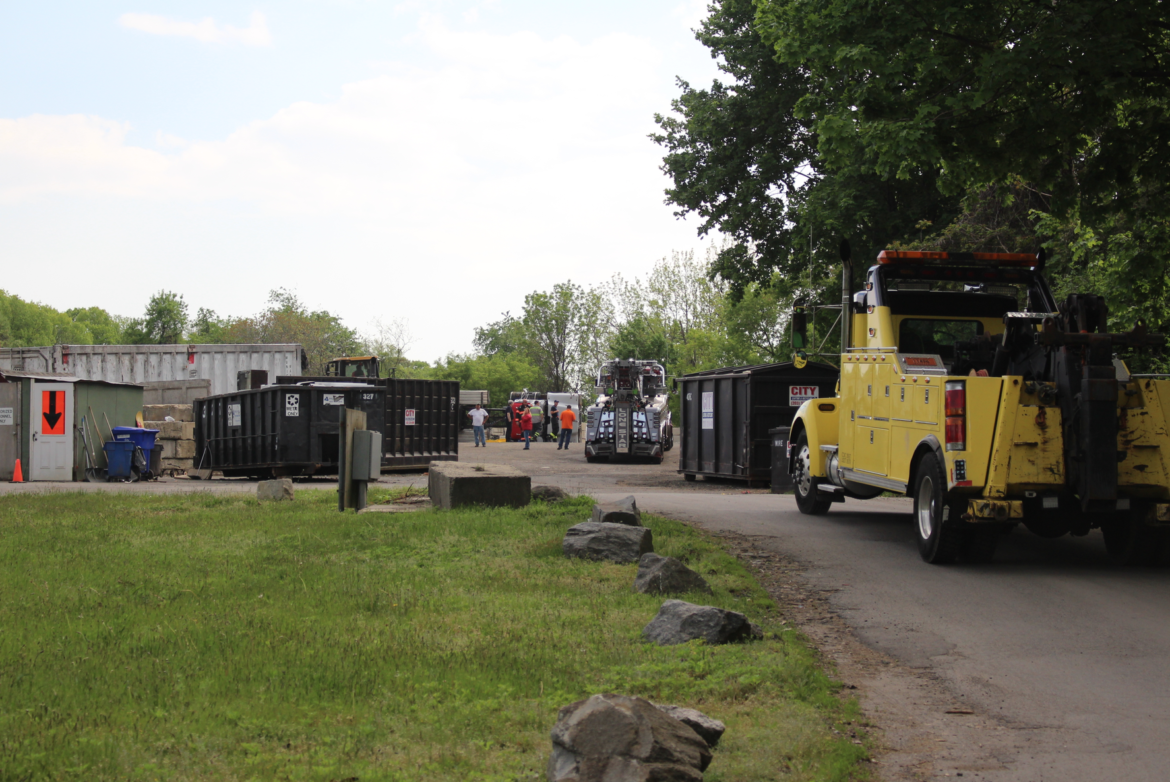 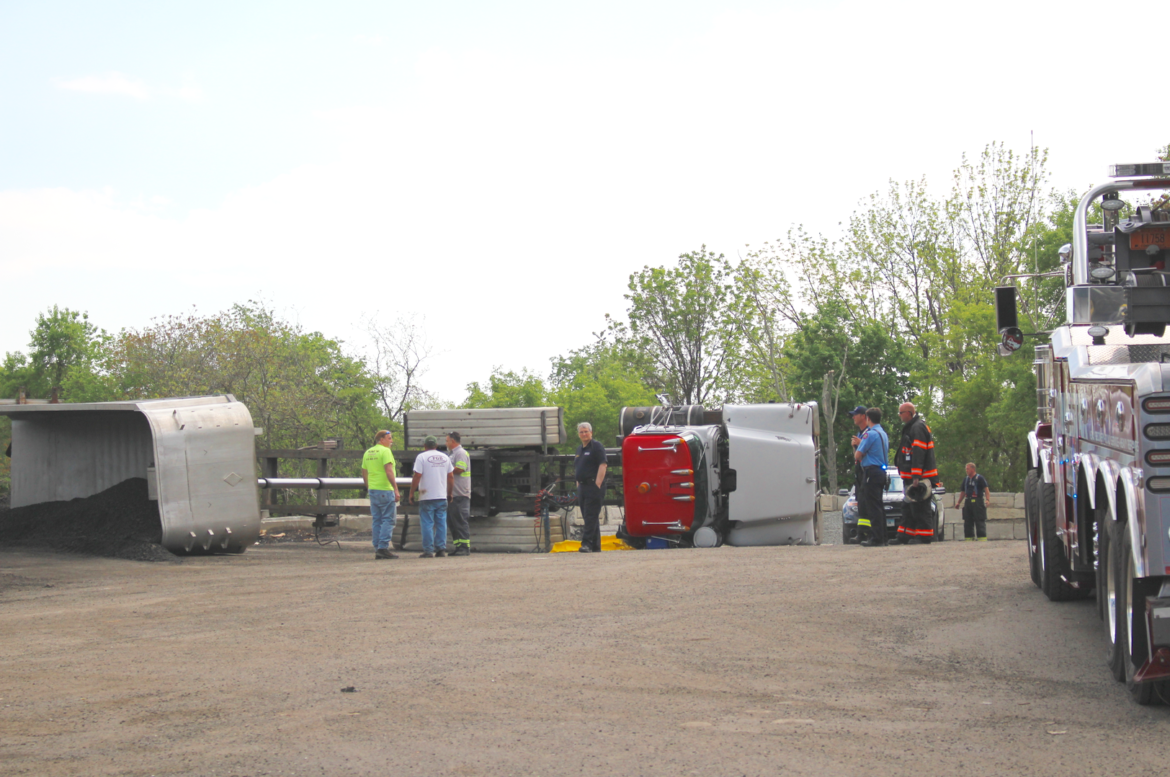 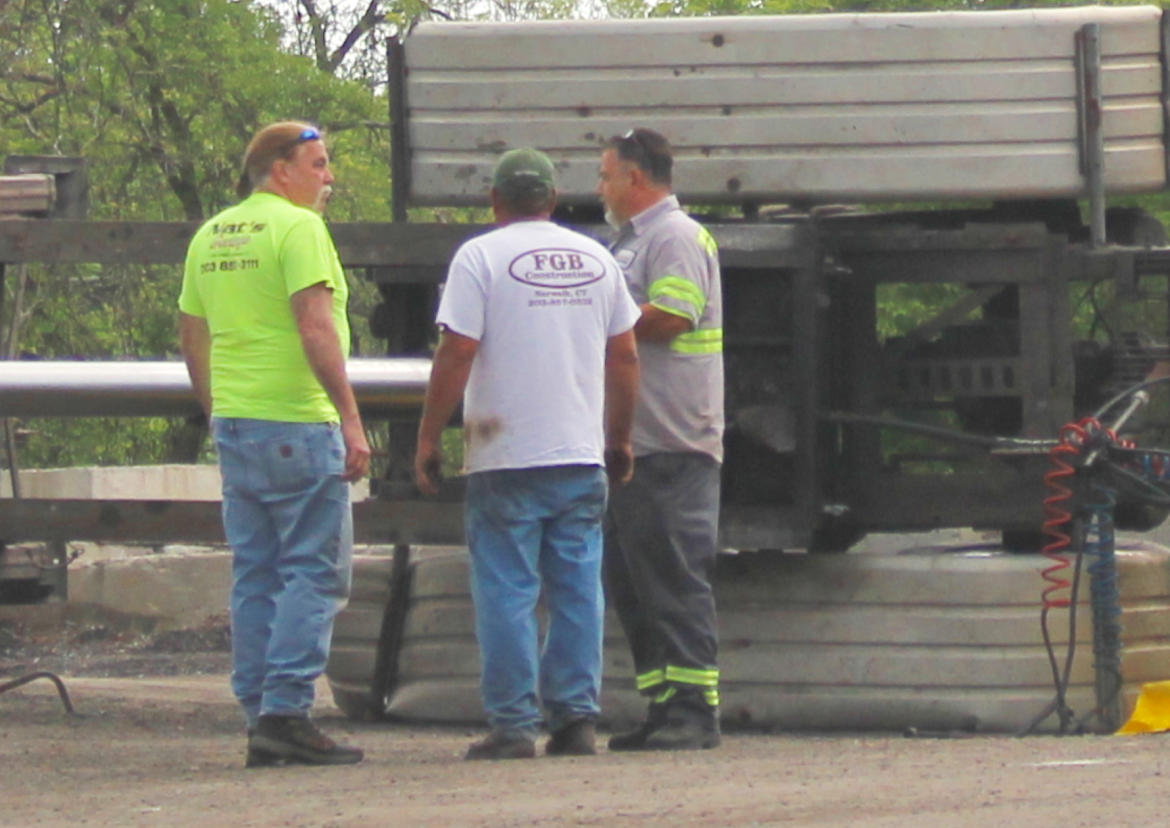 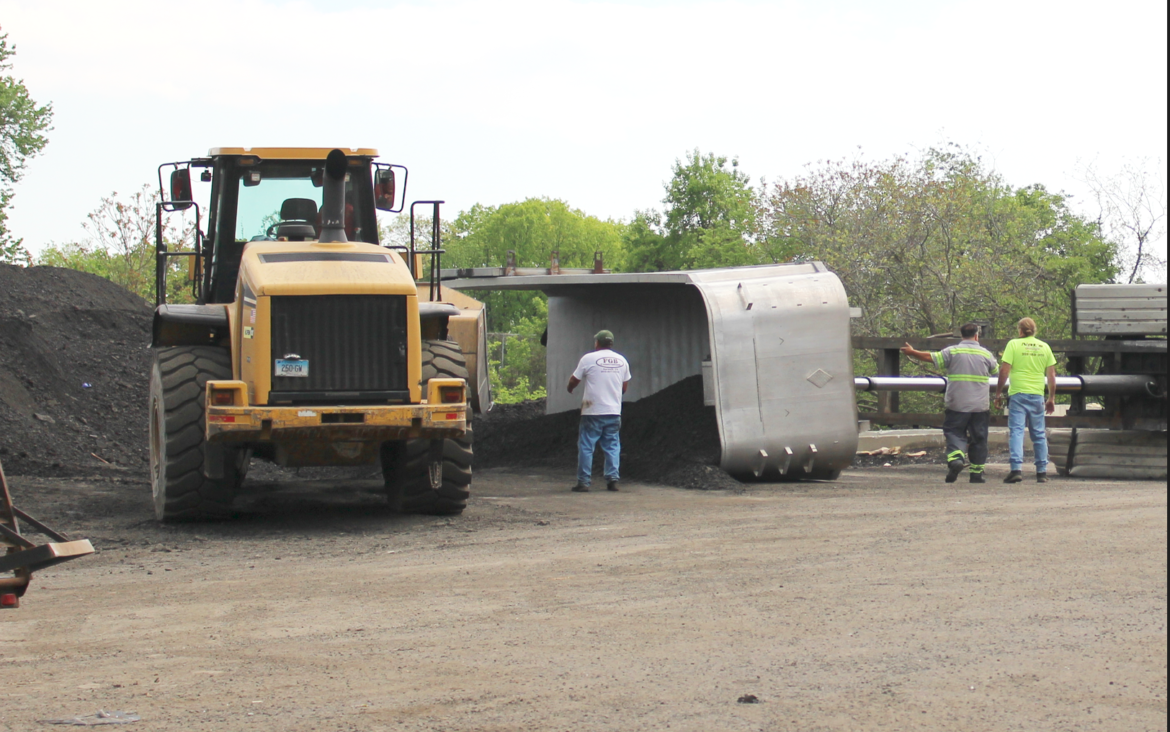 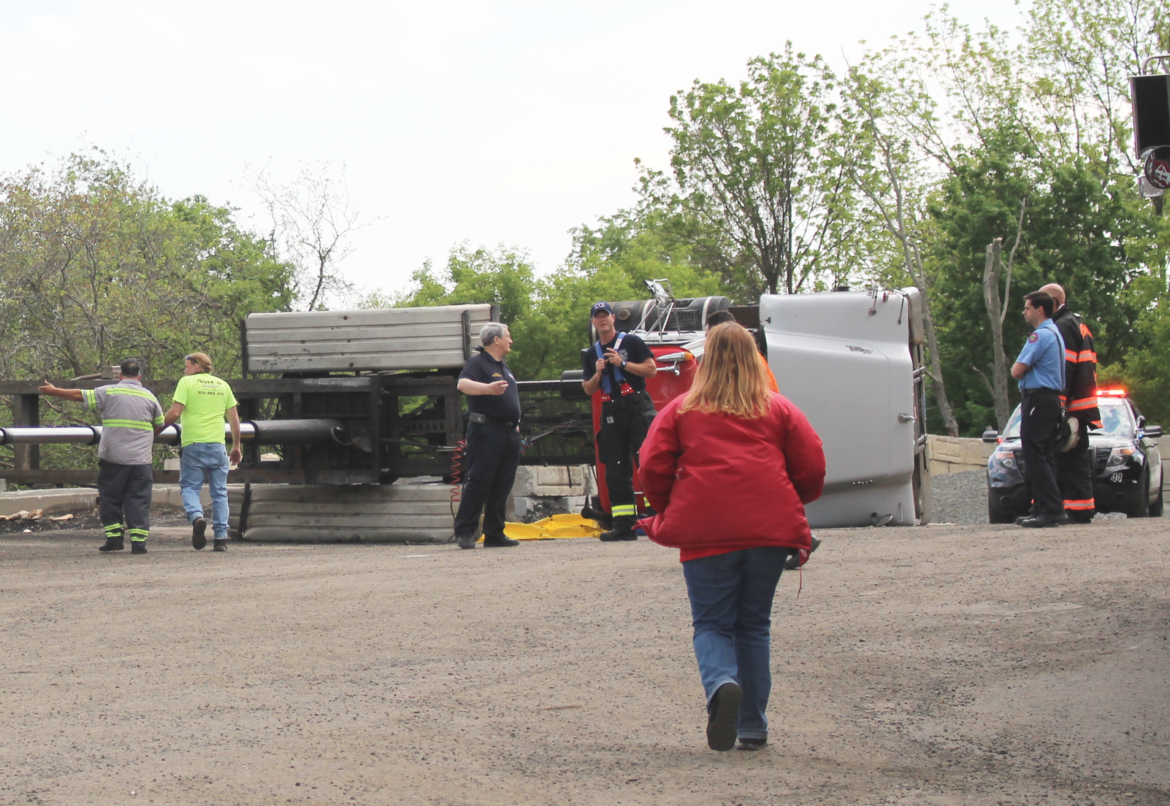 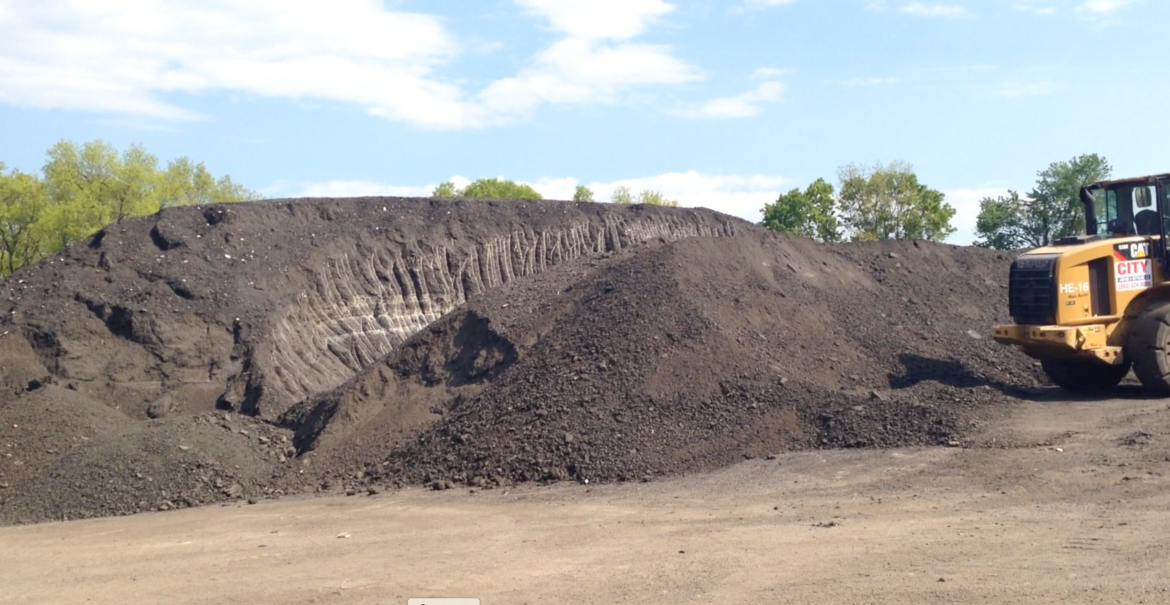