After 12 years as a State Representative of Stamford, Mr. Tong became the 25th Attorney General of CT in 2018.

In an engaging discussion led by student questions, he discussed federalism and how the US Constitution divides power between state and federal governments.

Tong  explained how his office’s areas of oversight may differ from his colleagues across the country. The path to becoming an Attorney General is different in each state too. In Connecticut, the Attorney General is voted upon by a general election. Therefore, Tong told the students, the people of Connecticut are his boss. 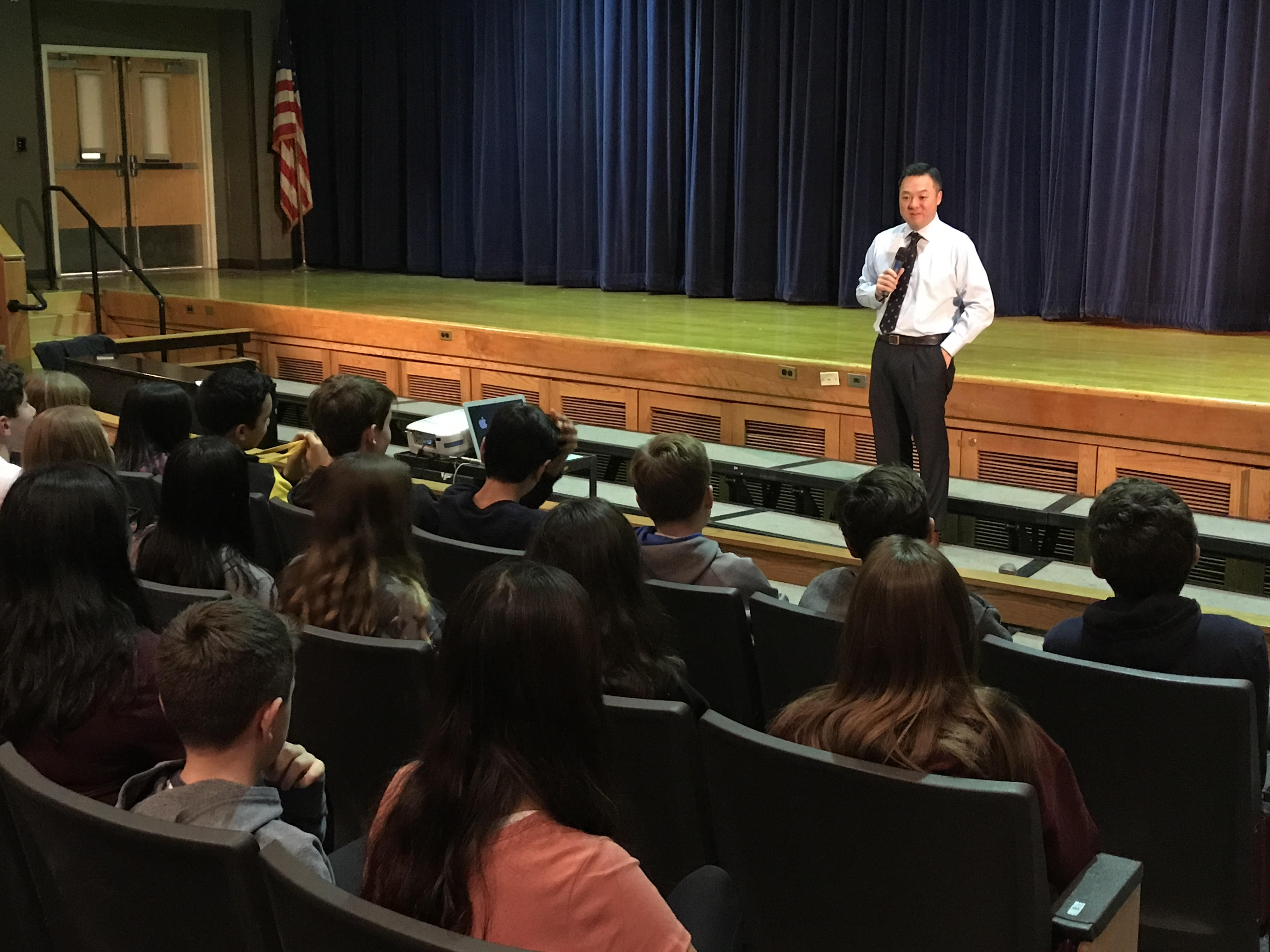 As a father of three children in middle and elementary school, Tong feels especially committed to take on relevant issues affecting youth such as internet security and the vaping industry.

He sees parallels between the way Big Tobacco had subtly advertised to young people and the way vaping manufacturers market their products. Class action lawsuits brought on by states’ Attorney Generals against Big Tobacco eventually stopped the marketing of cigarettes to youth. Similar lawsuits may regulate the vaping industry’s advertising and sales to young consumers.

Attorney General Tong’s last message to the students was about civil discourse and respect for institutions.

As a son of immigrants, Tong is not a fan of Trump’s rhetoric, and recalled hesitating at a White House invitation to meet with the President. He said after some consideration, he concluded that people need to be able to be in the same room to find a common purpose and work together regardless of their political differences. Given today’s political climate, this was an important and meaningful message for all.