If you think the fluorescent yellow school road signs are garish, you’re out of luck. Likewise if you tend to speed through school zones when school is in session.

On April 30 the Greenwich Board of Selectmen approved new school zone speed limits following a presentation by Dept. of Public works, Chief Engineer James Michel. The selectmen voted unanimously in favor of the new limits and signage. According to Mr. Michel some of the signs would be flashing. Others will be activate for about an hour at a time, reflecting drop-off and pick-up times.

The plan needs final approval from the State DOT, which might take three months. The time frame means signage could installed by the start of the 2015-2016 school year. 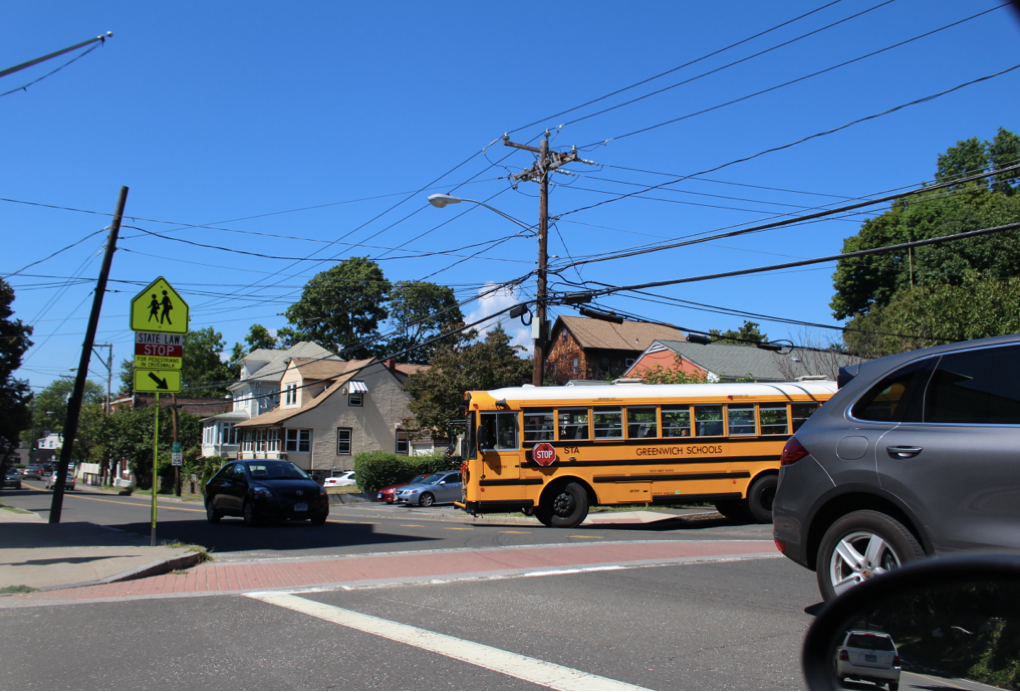 Mr. Michael said the public zones are the first priority, but that the private school zones would be addressed in future. “We can establish a school zone speed limit in all those schools. We can put up a plain metal sign that says School Speed limit and times,” Mr. Michel said. “We are trying to prioritize public schools first, and once those are approved we’ll move on to the next phase.”

In the meantime, the Selectmen voted to approve a school speed zone in Glenville Rd for Eagle Hill School. It was noted that Eagle School, as part of their application to modify their property, was conditioned by the Planning & zoning Dept to put up signs on Glenville Rd by their property. 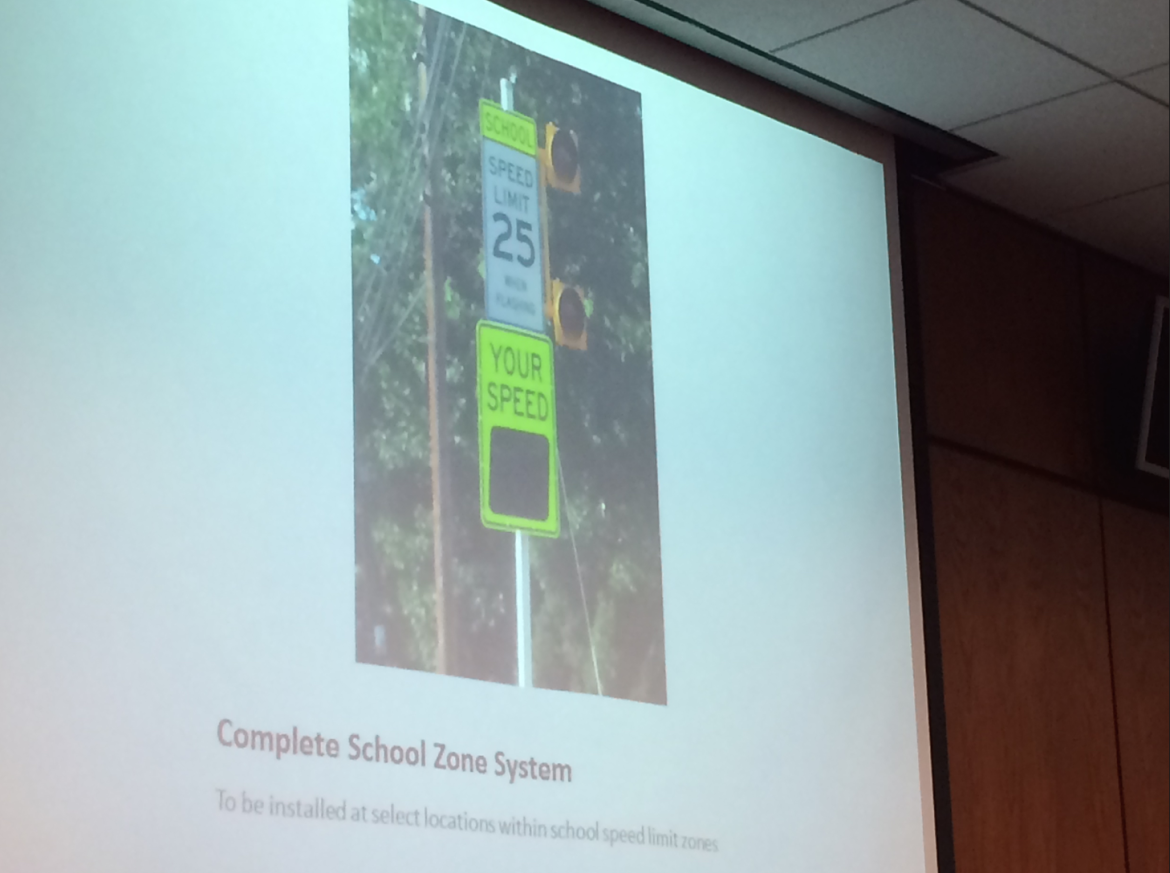 Currently, many school zones have flashing signs that display the speed limit hanging over the roadway, which Mr. Michel said are obsolete, potentially dangerous if they fall, and should be replaced with road signs on poles that flash.

Those signs feature fluorescent yellow backgrounds. Mr. Marzullo asked if there was a different color option, and Mr. Michel indicated there was not.

Mr. Michel went through a slide show with aerial photos of all the public schools in town and identified roads with bright yellow lines where the new 20 mile per hour limits would be imposed. State regulations require the roads for school speed zones  abut school property by no less than 400 ft, resulting in a broken connection between Glenville Rd and Riversville Rd. 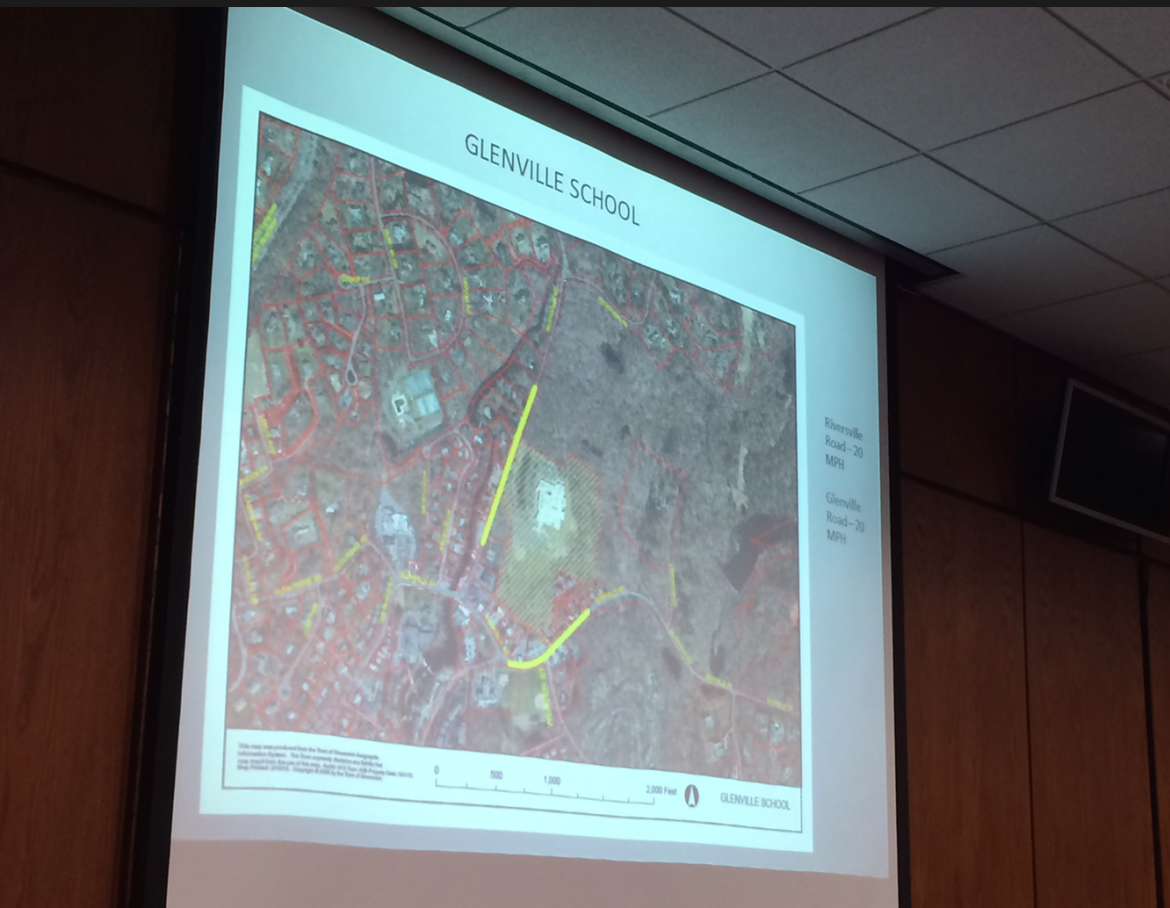 By state law the roads must abut school property by 400 ft, resulting in a broken connection between Glenville Rd and Riversville Rd.

Back in September, Mr. Michel addressed the Board of Selectmen on the topic of the school speed zone at New Lebanon School, which had been upgraded over the summer in anticipation of the satellite classrooms at BANC for kindergarten due to overcrowding. 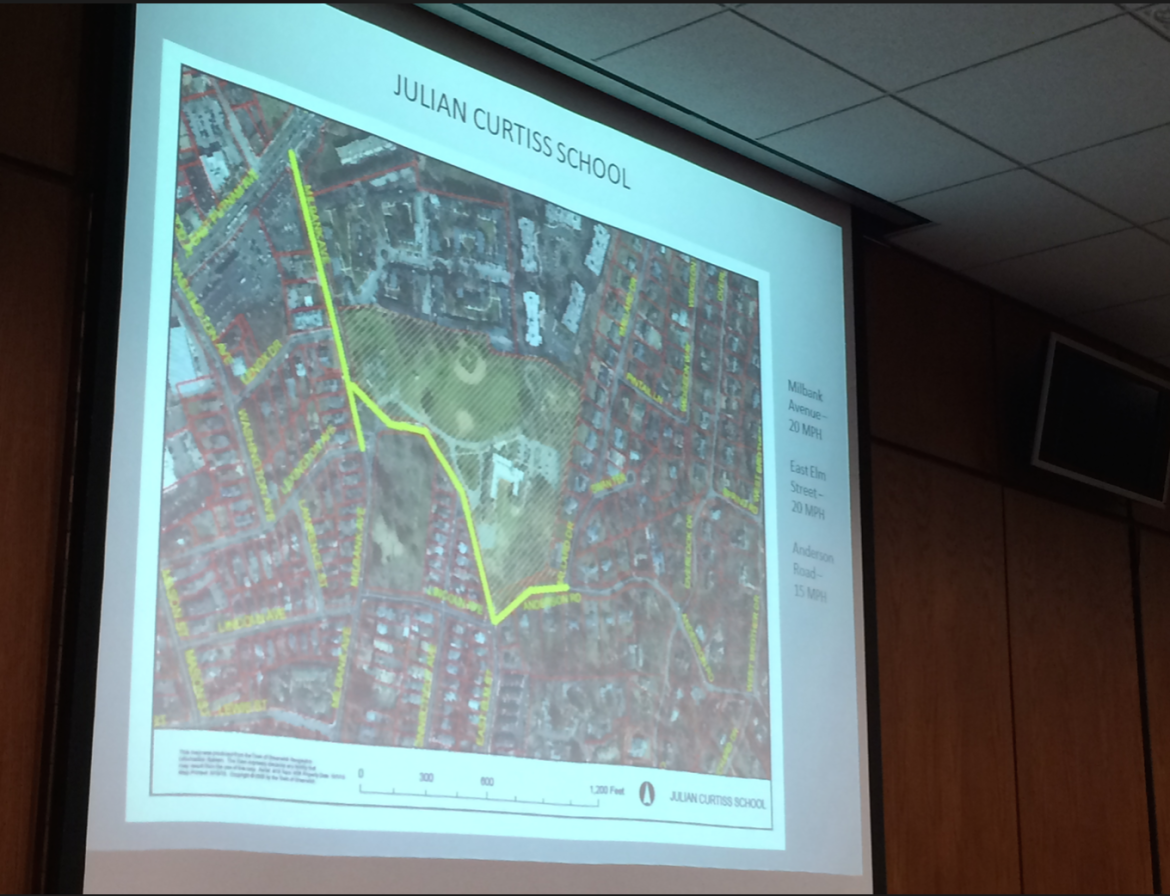 The Julian Curtiss school speed zones are 20 MPH for Milbank and East Elm St and 15 MPH for Anderson Road.

When there was discussion of speed limits under 20 miles per hour, Mr. Michel said, “It’s becomes pretty much white noise that people don’t pay attention to. The 20mph, people take notice of and slow down. They don’t take 10mph speed limit seriously because they think, ‘oh, I can walk faster than that.’”

Interestingly, the new Julian Curtiss school speed zone features a 15 mph speed limit on Anderson Rd, which is a well-traveled short cut from Cos Cob to central Greenwich and Greenwich Ave, as well as a route students take to and from JC. 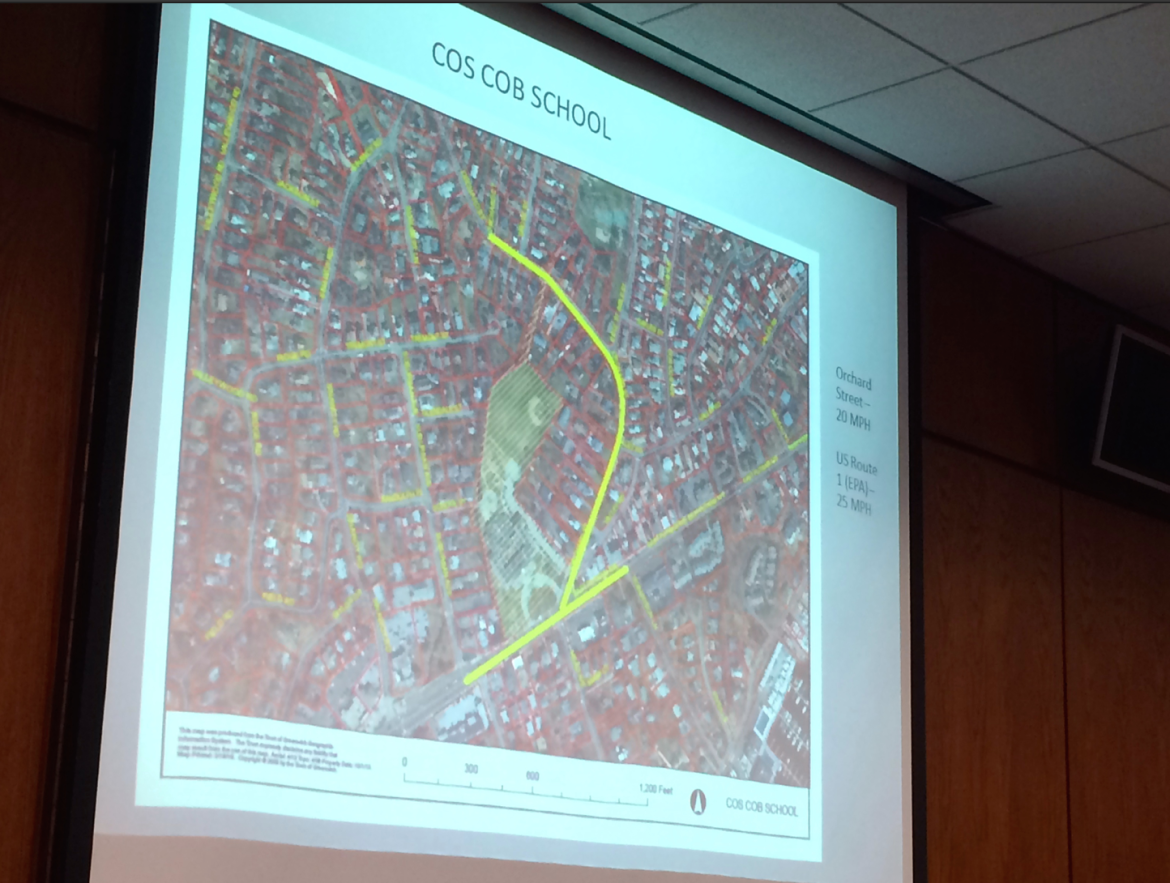 At Cos Cob School the new school speed zone will mean 20MPH on Orchard Street and 25 MPH on US Route 1. 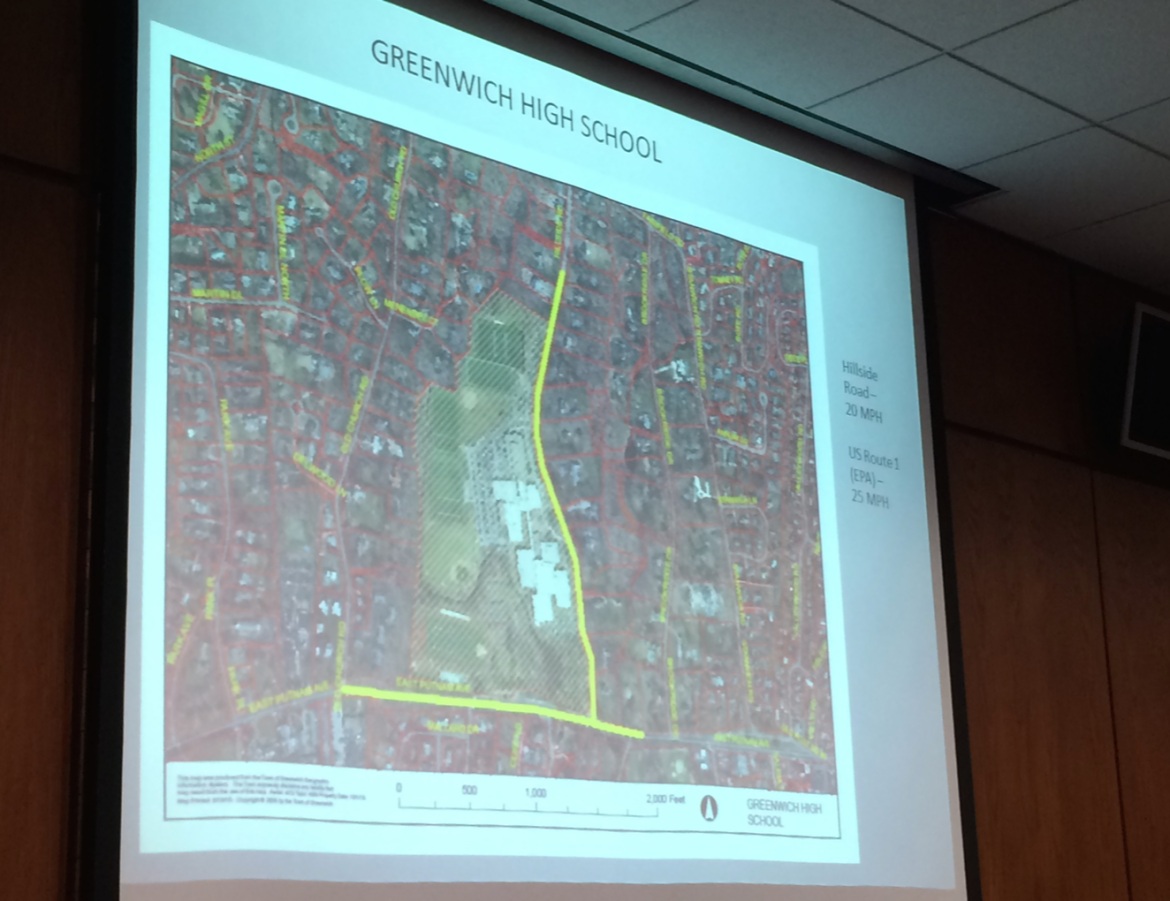 The GHS school speed zone will mean 20MPH on Hillside Rd and 25 MPH on US Rte 1. 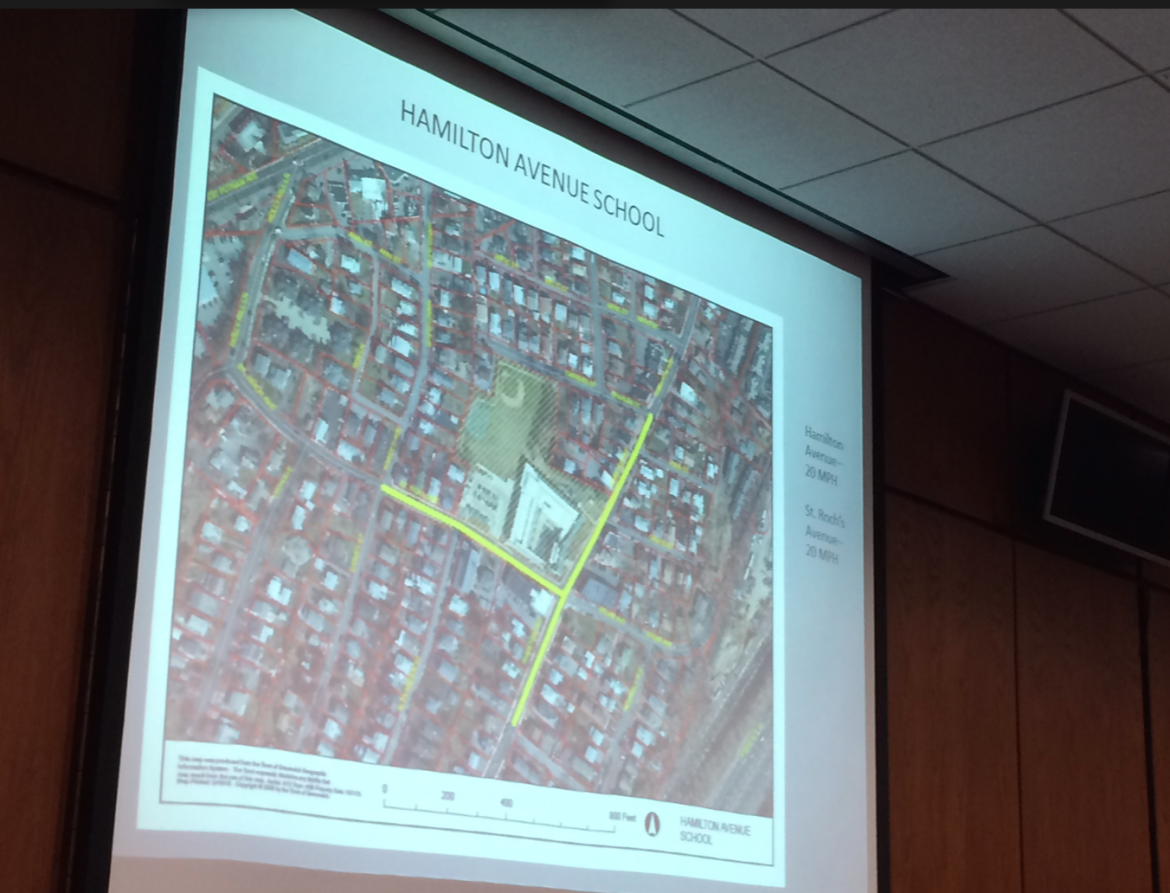 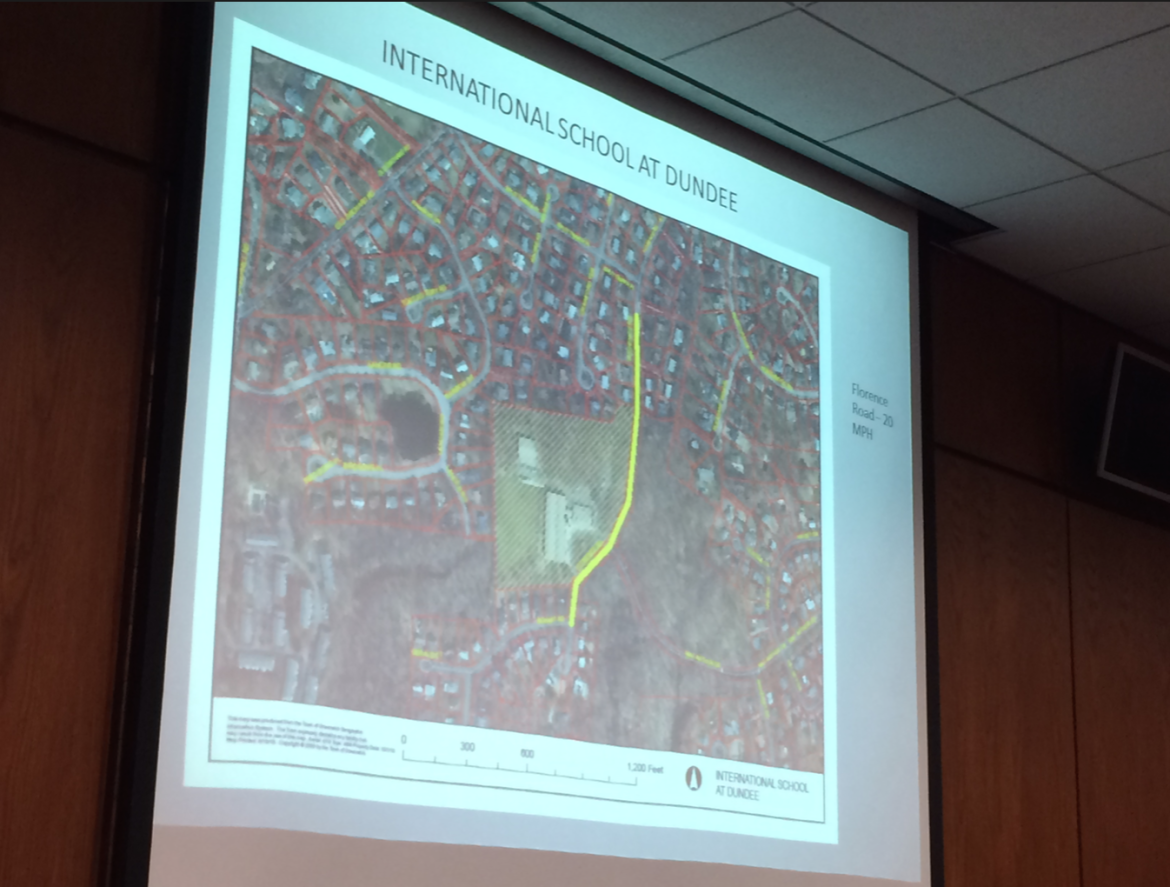 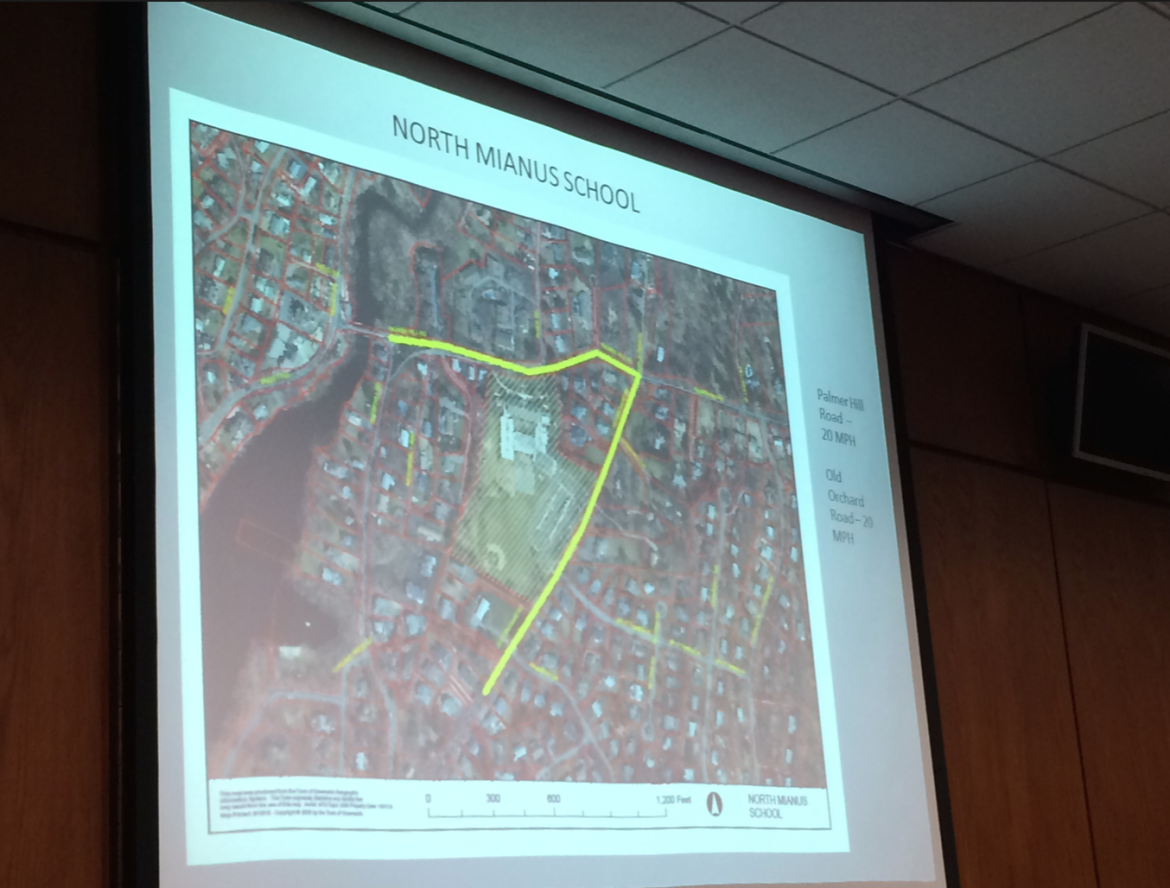 At North Mianus School there will be a 20MPH max on Palmer Hill Rd and Orchard Rd. 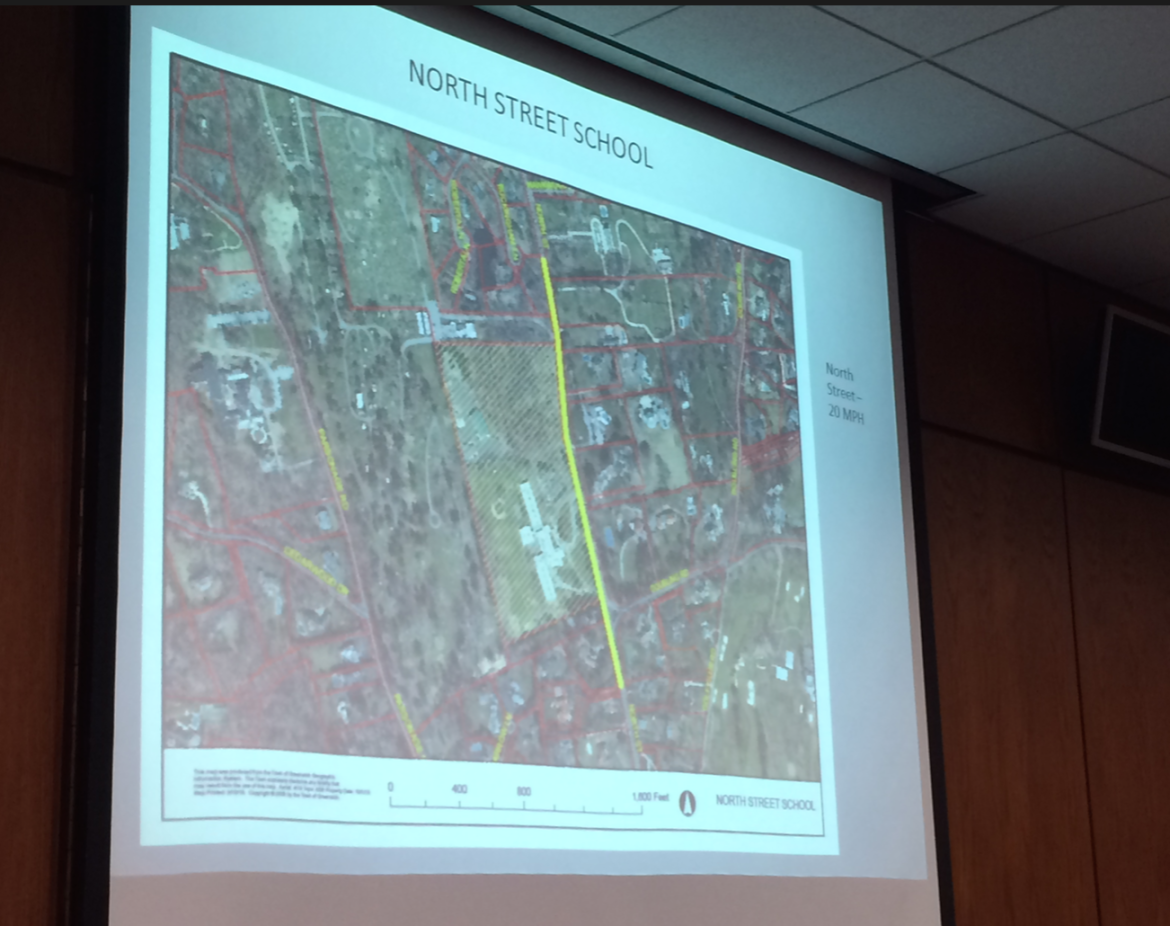 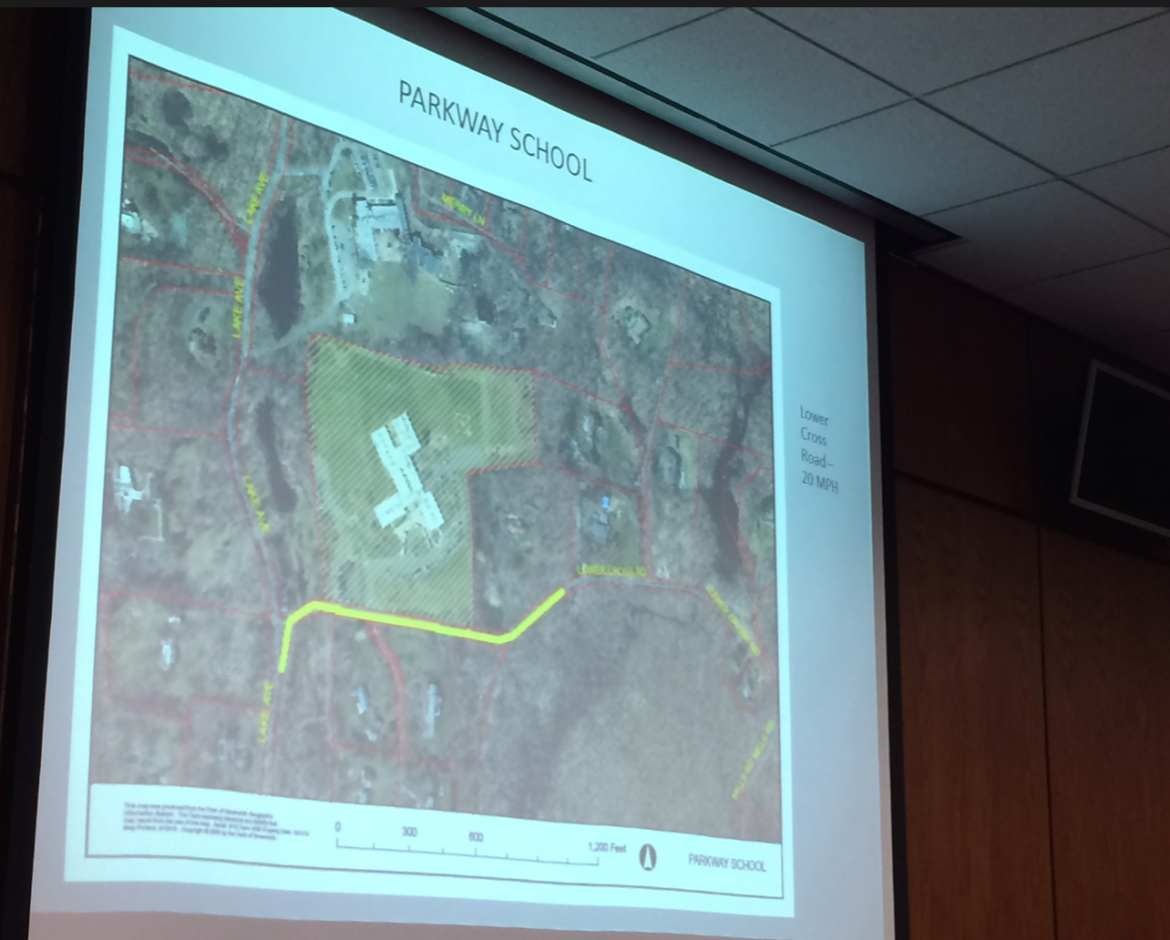 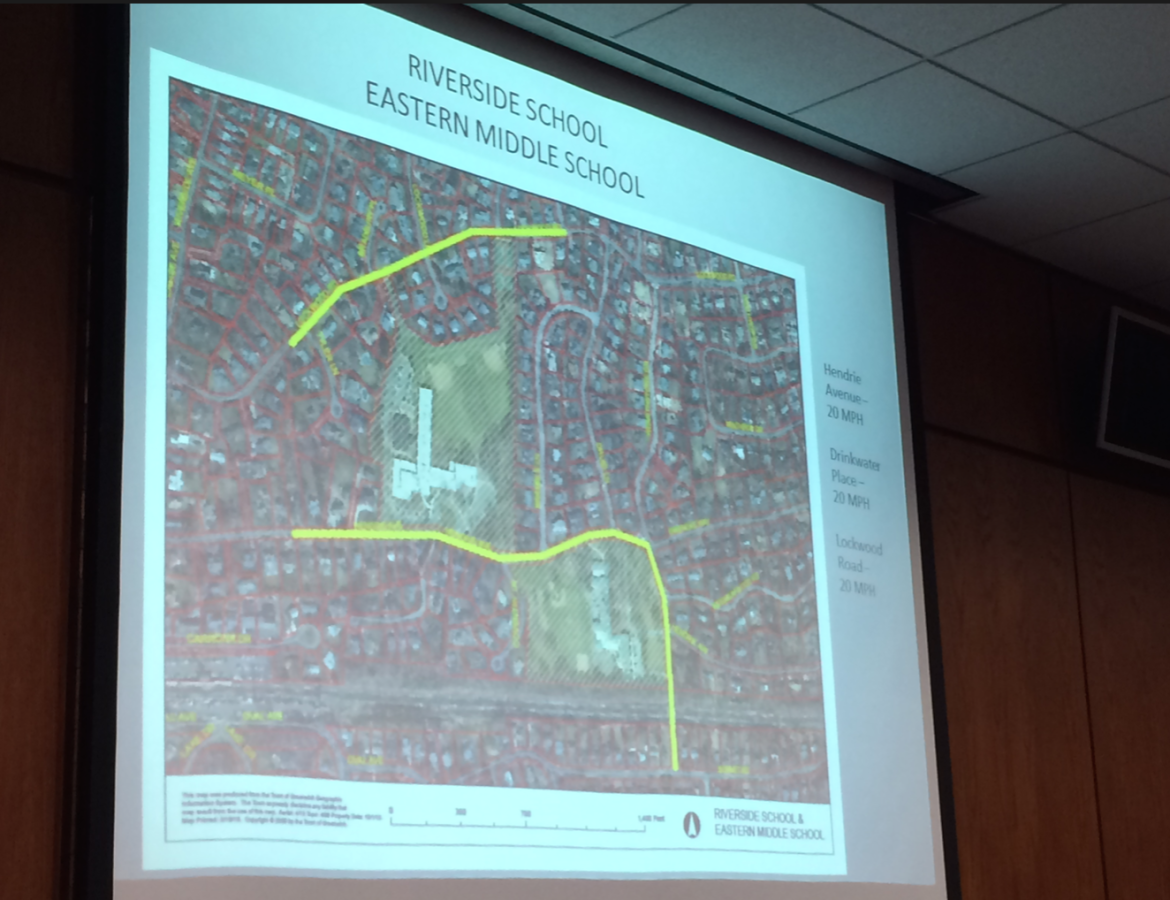 Since Riverside and Eastern Middle School are close to each other, they share a school speed zone. This means there will be a 20MPH max on Hendrie Ave, Drinkwater Place and Lockwood Rd. 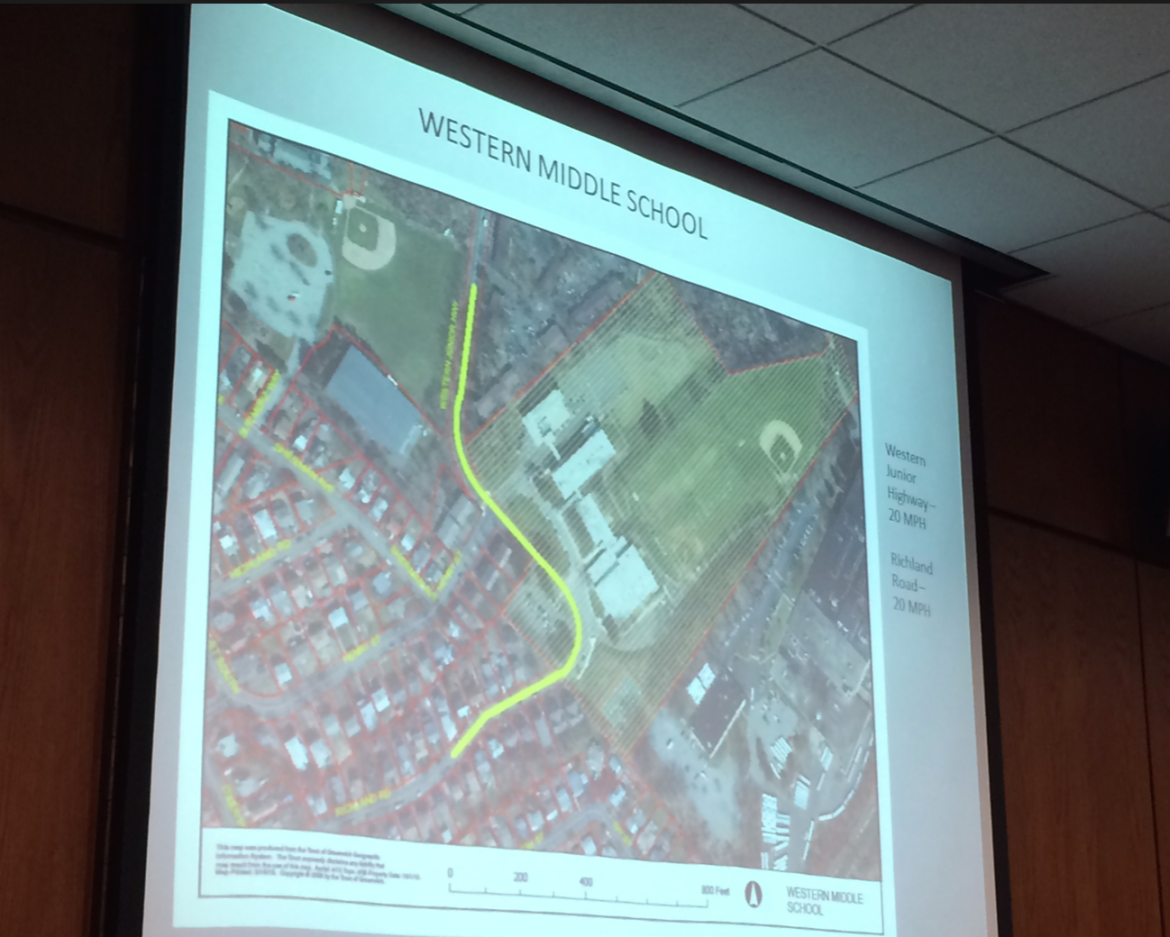