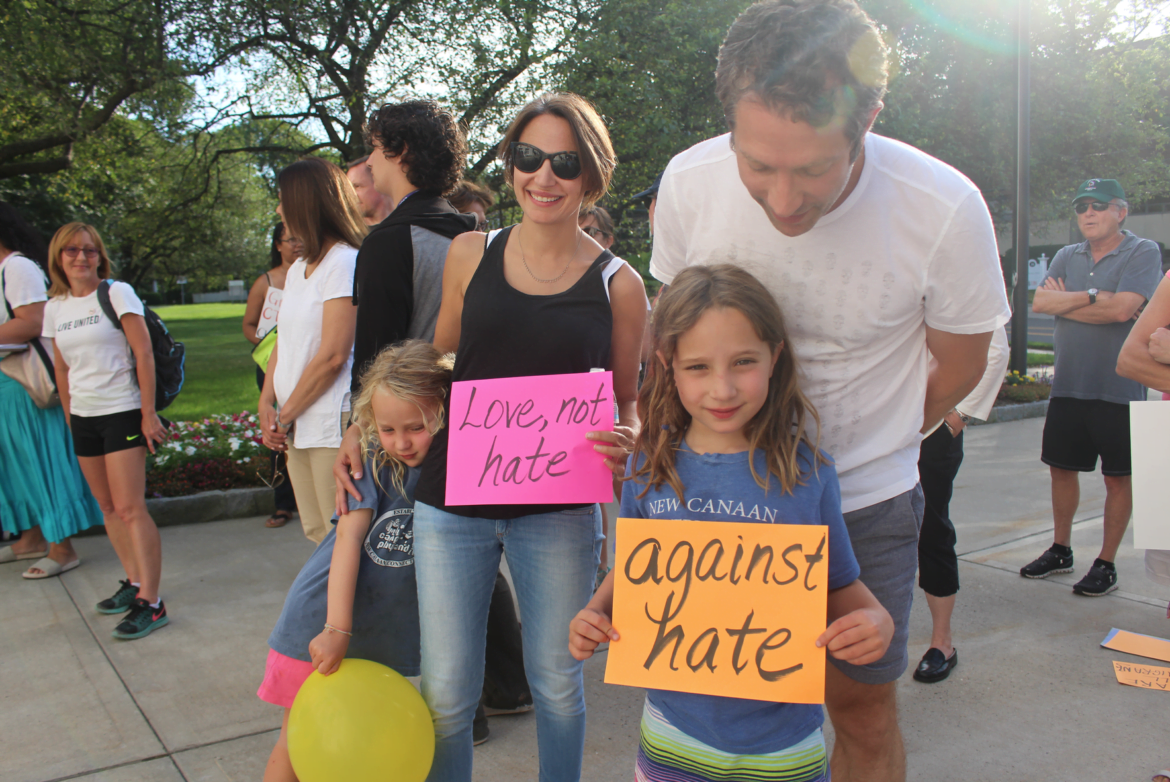 A crowd of over 100 descended on Greenwich Town Hall on Sunday night for a vigil to honor those injured or perished in Charlottesville, VA on Saturday after a rally of white supremacists and far right groups turned violent.

People chanted, threw punches, hurled water bottles and rocks, and directed pepper spray at each other.

Though on a national level, both Republicans and Democrats rebuked the violence in Charlottesville, in Greenwich no Republican officials were present at the town hall event.

Among those in attendance were Democratic Selectman Drew Marzullo and US Senator Richard Blumenthal.

Joanna Swomley of Indivisible Greenwich said, “We have seen the vivid images of people, many dressed up as militia, with fake badges and fake uniforms, but carrying real guns, real torches and real Nazi flags.”

“Let us be clear, this behavior did not come ‘on many sides,'” Swomley continued referring to the words of President Donald Trump who blamed “many sides” for the violence.

Swomley, who was accompanied by her husband Democrat, Sandy Litvack, candidate for First Selectman of Greenwich, said it is “important, critical, that we speak out and identify exactly who these people are: hate filled Neo-Nazis and white supermacists, who proudly marched on an American city and invoked phrases from Nazi Germany.”

Swomley said the demonstrators in Virginia on Saturday espoused sentiments and used words that many thought were consigned to the past.

“Heather Heyer was her name. And we honor her memory tonight for she died standing against hate.

…We will show up and we will speak out against these domestic terrorists.”

To a chorus of cheers and applause, Senator Blumenthal opened his remarks by saying to the crowd, “This is what Democracy looks like.”

Blumenthal said that for many who lived through the civil rights movement, the images of torches at night brought back images many thought were a thing of the past.

“Someone said that the only difference between the march yesterday and many demonstrations of the Ku Klux Klan was that they weren’t wearing hoods,” Blumenthal said.

“In the face of hatred and evil, silence is not gold. Ambiguity is abhorrent. A President that says that violence came from ‘many sides’ yesterday is just plain wrong.” – US Senator Richard Blumenthal

Blumenthal said  the KKK, the neo nazis, white supremacists, and white nationalists need to be called out, identified and condemned.

“Anything less, any ambiguity, is like a dog whistle, it gives them legitimacy and license, to continue their words and also their acts of hatred, bias and bigotry,” Blumenthal said. “America is better than that.”

The event concluded with a minute of silence.

Though there were several Greenwich Police patrol units visible on Field Point Road, the event was brief and peaceful. After less than an hour, participants dispersed.

“We have to fight for what is right and ridding the world of intolerance and hate is truly a noble goal,” said John Blankley, a member of the Greenwich Board of Estimate and Taxation. “But now that Trump’s rhetoric on the stump and in his presidency has given license to those whose minds are filled with hatred to express their noxious views, the defense of tolerance and civility has now become an urgent moral imperative.”

Blankley said he hadn’t felt such fervor since the 1960’s. “There are some issues worth going out into the streets for and this is one,” he said. 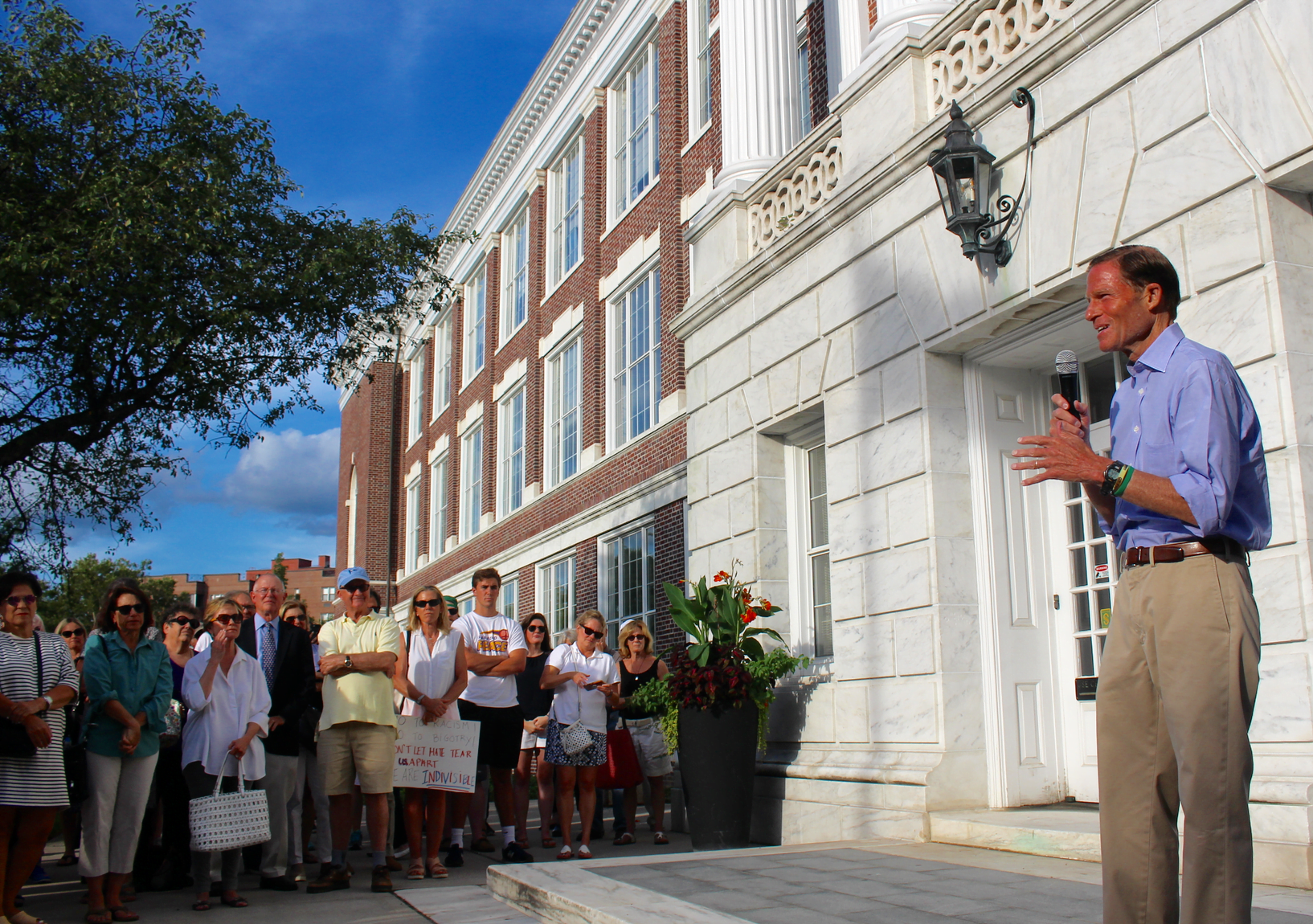 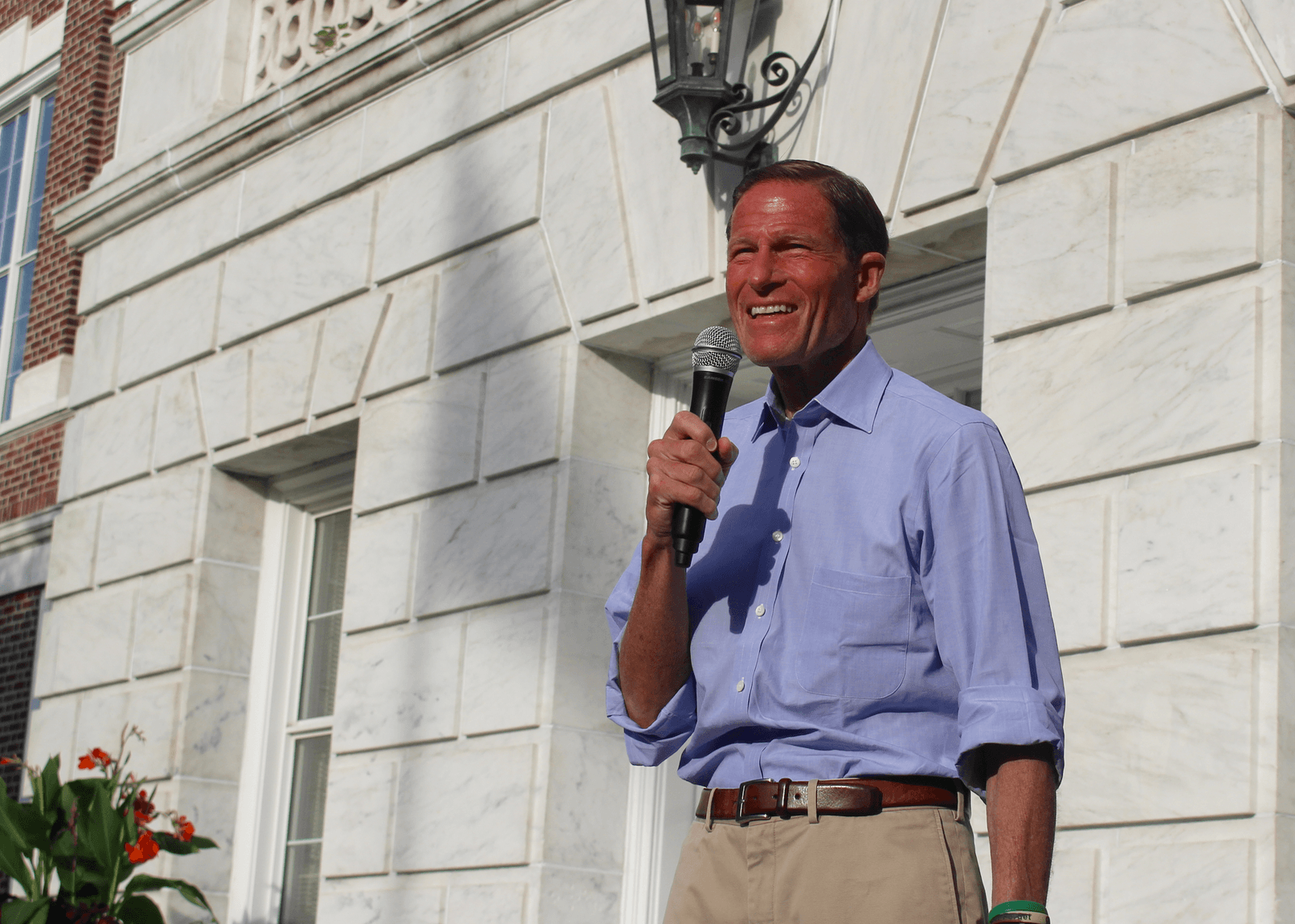 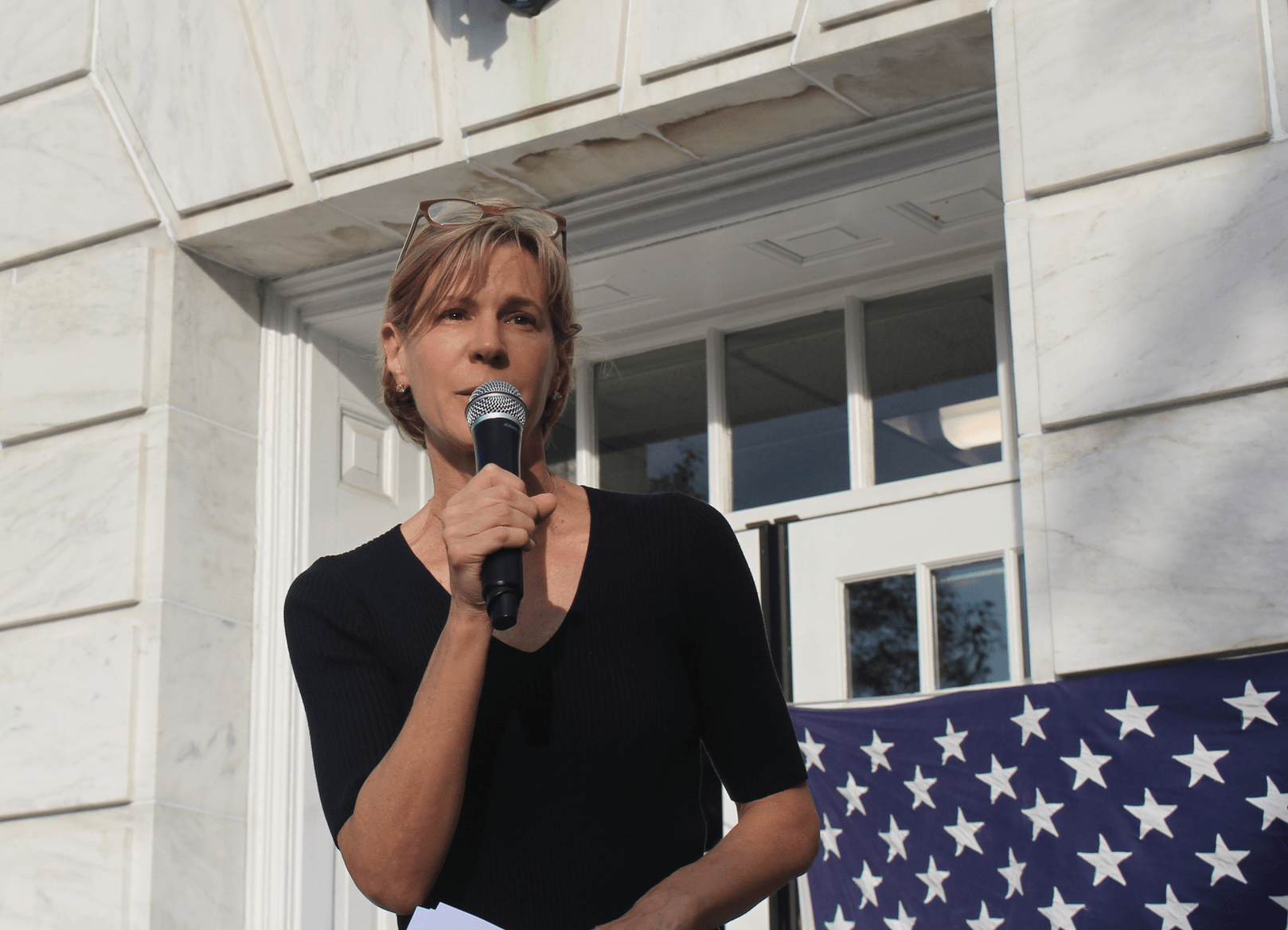 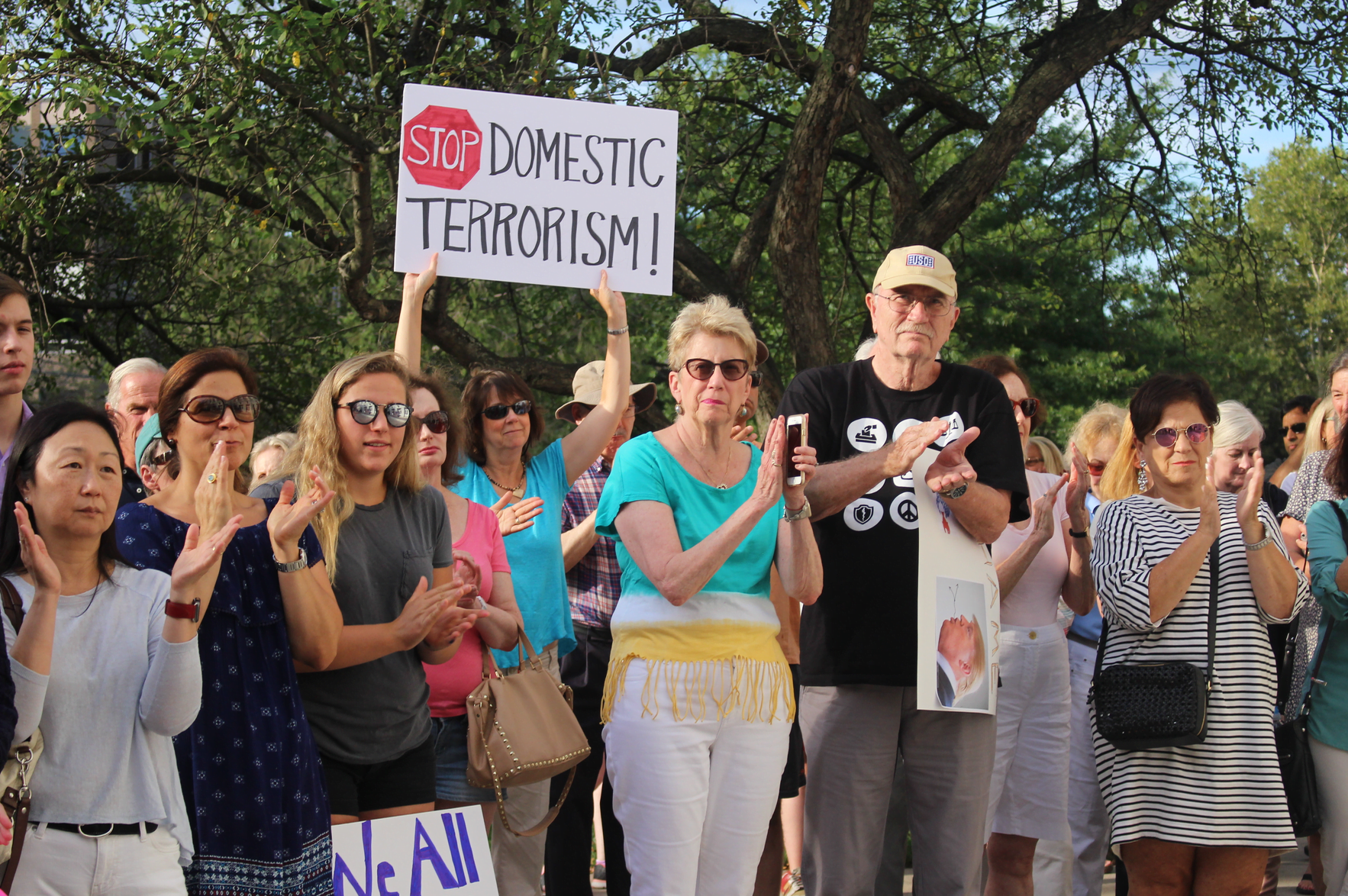 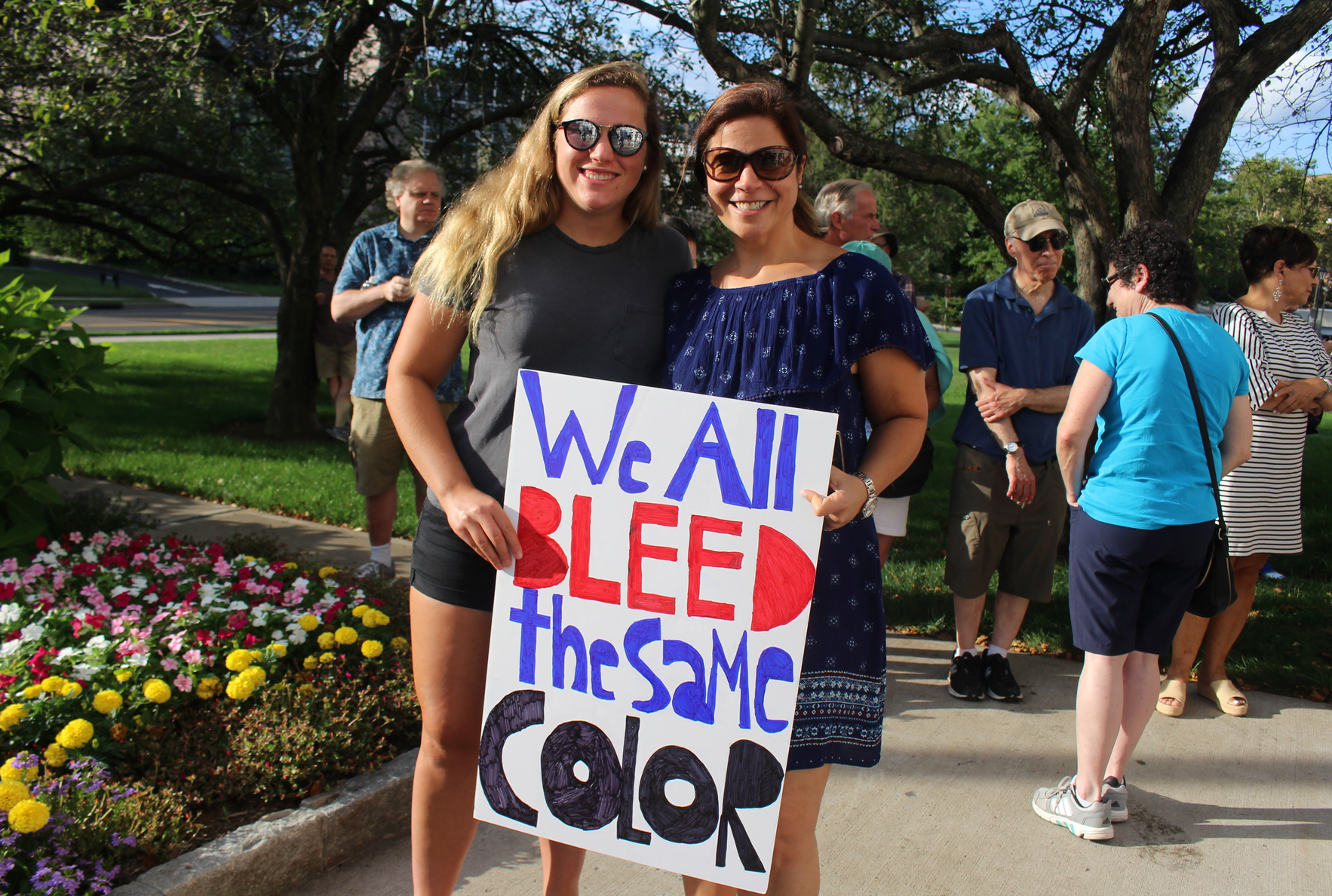 Homemade signs were plentiful on Sunday at Greenwich Town Hall for a vigil in support of those who died or were injured in Charlottesville earlier in the weekend. Aug 13, 2017 Photo: Leslie Yager