On the agenda for the Tuesday April 3, Planning & Zoning meeting are several applications including one from the Town of Greenwich Dept of Public Works for Municipal Improvement for a major redesign of streets and reconfiguration of Town land in the area of the traffic circle at Sound Beach Ave, Laddins Rock Road, and Harding Rd, and for a preliminary site plan for the project which includes replacing the Sound Beach Avenue Bridge over Cider Mill Brook.

Back on Tuesday March 6, several residents spoke out against the traffic circle, mostly saying that the upgrade would diminish the village like atmosphere of Old Greenwich, and not necessarily increase safety, given that there is not a significant accident history at the existing rotary.

Residents also expressed concern about impacts to the Perrot Library, which will effectively “sink” once the rotary is raised several feet and put against a three foot retaining wall.

The potential upgrade came about after the town sought CT Dept of Transportation funding for upgrades to the bridge that would bring the bridge up to the 100 year storm.

As part of the application, the Town was required to look at the surroundings, including the rotary, and bring them into compliance with federal standards.

Siebert and DPW engineer Gabriella Circosta-Cohee defended the project, saying the upgrades would make for a safer intersection.

An 8-30g application from Lot 2A 176 Hamilton LLC and Lot 2B Hamilton LLC, registered to Steven W. Russo (Manager), that approval to demolish two 2-family homes on a flag lot behind the Two Door Restaurant at 176 Hamilton Ave and replace them with three buildings for a total of 10 units has been postponed by the applicant.

Since last June when the P&Z commission ruled that in R6 zones it is no longer possible to develop more than a single family or two family home, the only way to build multi-families with more than 2 units is under the 8-30g affordable housing statute. 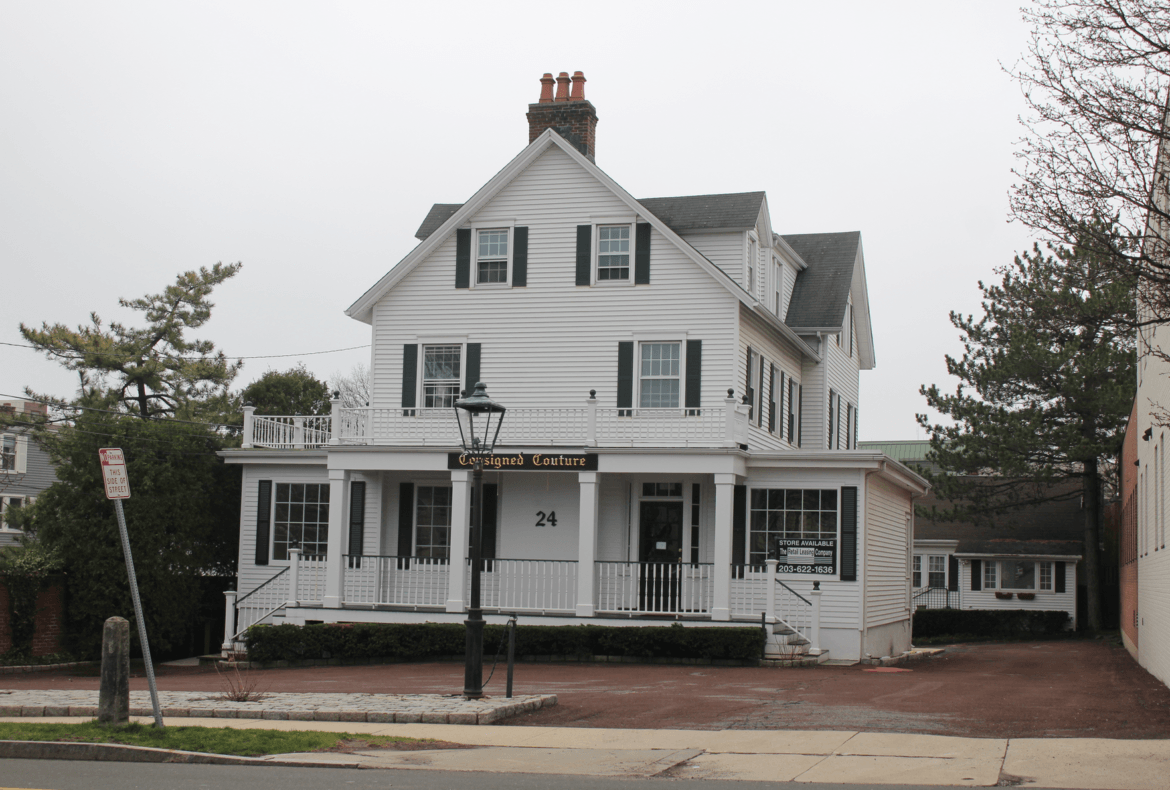 Also on the agenda is an application from 24 East Elm Street,the former Van Driver building, to change the zoning designation of the property located from CGB to CGB-HO, which stands for historic overlay, and for a final site plan and special permit, to add two new residential units to the existing building and add four additional parking spaces on the 13,458 sq. ft. property.

With a historic overlay, the applicant would maintain the historic structure in front in perpetuity.

In exchange they would be able to add additional floor area into the rear of the building. 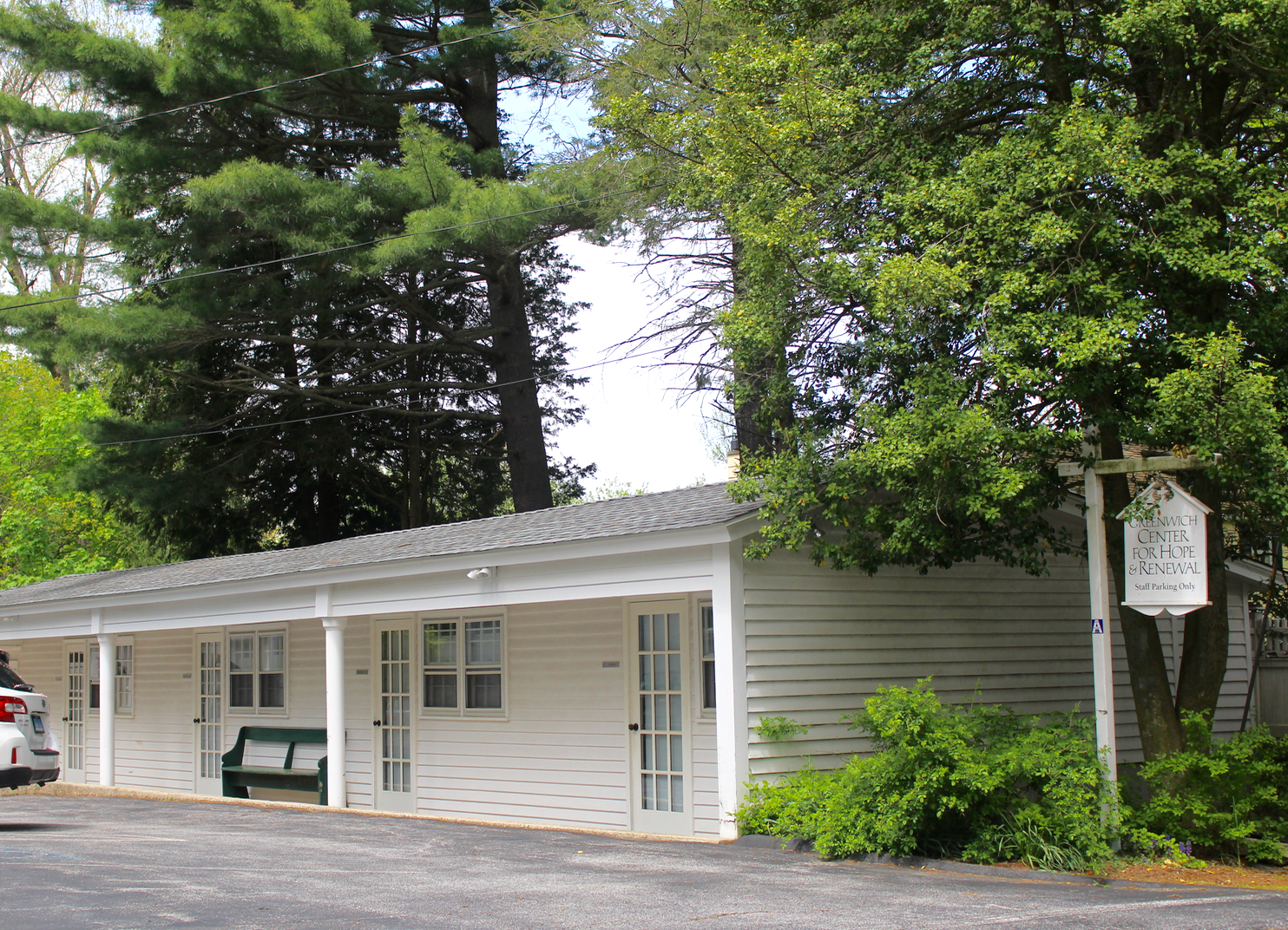 The Center for Hope and Renewal at the old Stanwich Church on Taconic Road will return before the Planning & Zoning commission for final site plan & special permit to use the church property to provide counseling services.

An item to be decided on April 3 concerns the application from the Center for Hope and Renewal and the Stanwich Church for a final site plan and special permit, for approval to permit the use of the former Stanwich Church at 237 Taconic Road by a charitable institution providing faith-based counseling services.

Also, the Zoning Board of Appeals meeting on Wednesday, April 4 at 8:15pm features an application from the Greenwich Reform Synagogue applies for a preschool and playground at 92 Orchard Street.

This is the appeal of GRS for special exception approval to permit a preschool use at an existing synagogue as well as the construction of a playground for said preschool at a religious institution located in the R-12 zone.

As required by the lawsuit settlement GRS had against the ZBA and the Town of Greenwich GRS is required to submit applications to these agencies for the approval of the preschool and playground.

Part of the application states that they will have two sessions one from 9:00am to 1:00pm and the other from 12:00pm to 4:00pm with up to 52 students per session with 12 staff members and the construction of a playground on the north side of their property.

GRS submitted an application to IWWA in December 2017 which was challenged by the building department that required changes and the easement of a drain pipe across the Caravella property at 96 Orchard St.  The engineering department has resolved the issues with the application and Caravella has granted an easement to GRS for the drain pipe to cross their property.  The IWWA application was approved on March 26th.