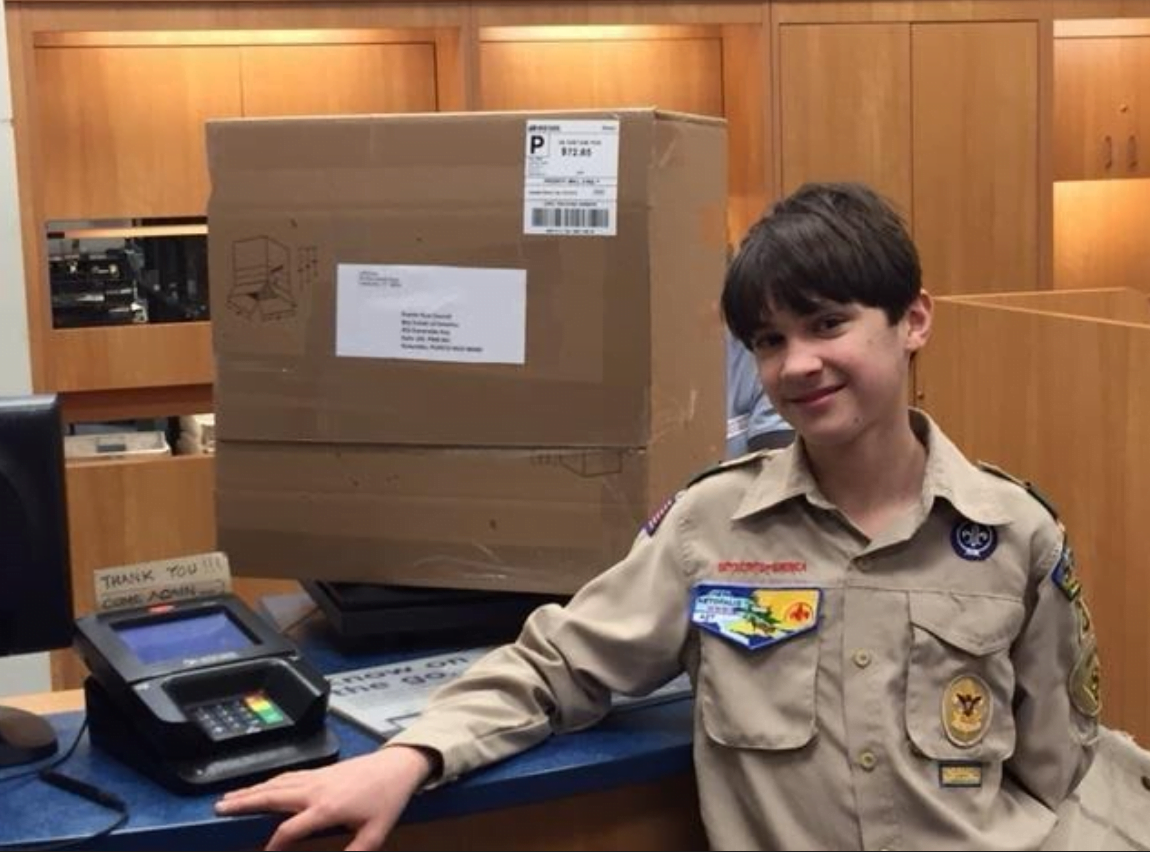 Andrew LaPadula wore his full Scout uniform to the Post Office when he shipped his packages to Puerto Rico.

Pack 35 Life Scout, Andrew LaPadula sent over 90 articles of Boy Scout clothing to his fellow Scouts in Puerto Rico in the wake of Hurricane Maria.

Gently used hats, pants, shirts, belts, and neckerchiefs were cleaned, pressed and packed for shipment to the Council Headquarters in Guaynabo, Puerto Rico.

“I collected pieces of uniforms from local Scouts and filled two large boxes,” Andrew said. “I wanted to help Scouts who lost their uniforms in the storm.”

Andrew’s project is part of a community service requirement towards earning his rank of Star.  He is also a “Den Chief” in his Troop, another rank requirement that requires a Scout to actively hold a position of responsibility for up to four months.

“It made me proud to lead this project and help the Scouts in Puerto Rico,” Andrew said.  “Every Scout deserves a clean uniform.”