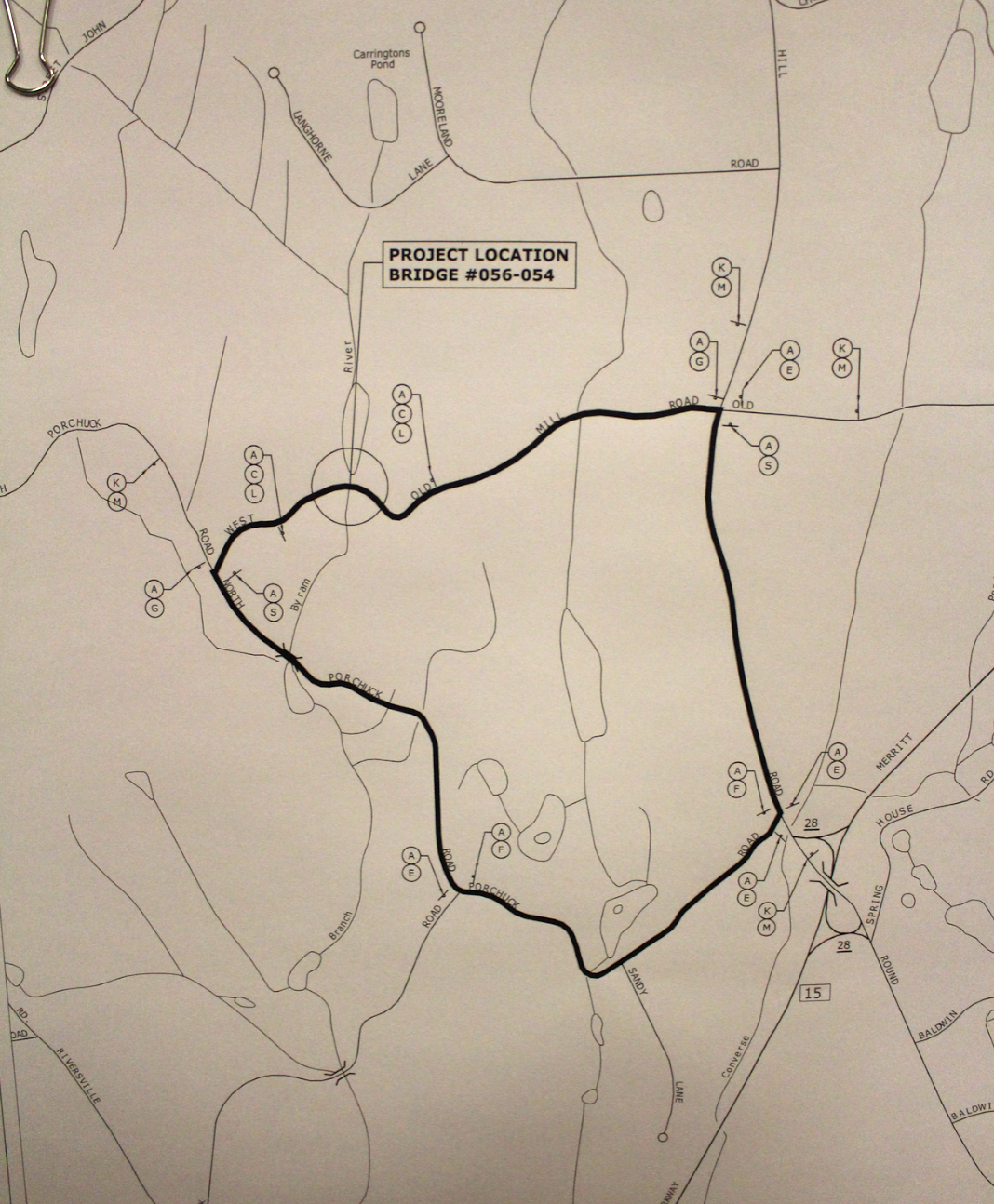 The Board of Selectmen approved a road closure and detour request from the Dept of Public Works, who plan to repair the West Old Mill Road Bridge over the East branch of the Byram River.

The bridge was built in 1937 and was reconstructed around 1960, according to Frank Petise, senior civil engineer, who said the existing stone parapets and metal railings do not meet state DOT and federal highway standards for crash protection, and have been hit several times and has undergone multiple repairs.

The detour is long, at approximately 3 miles, and would utilize Round Hill Road, Porchuk Road and North Porchuk Road. 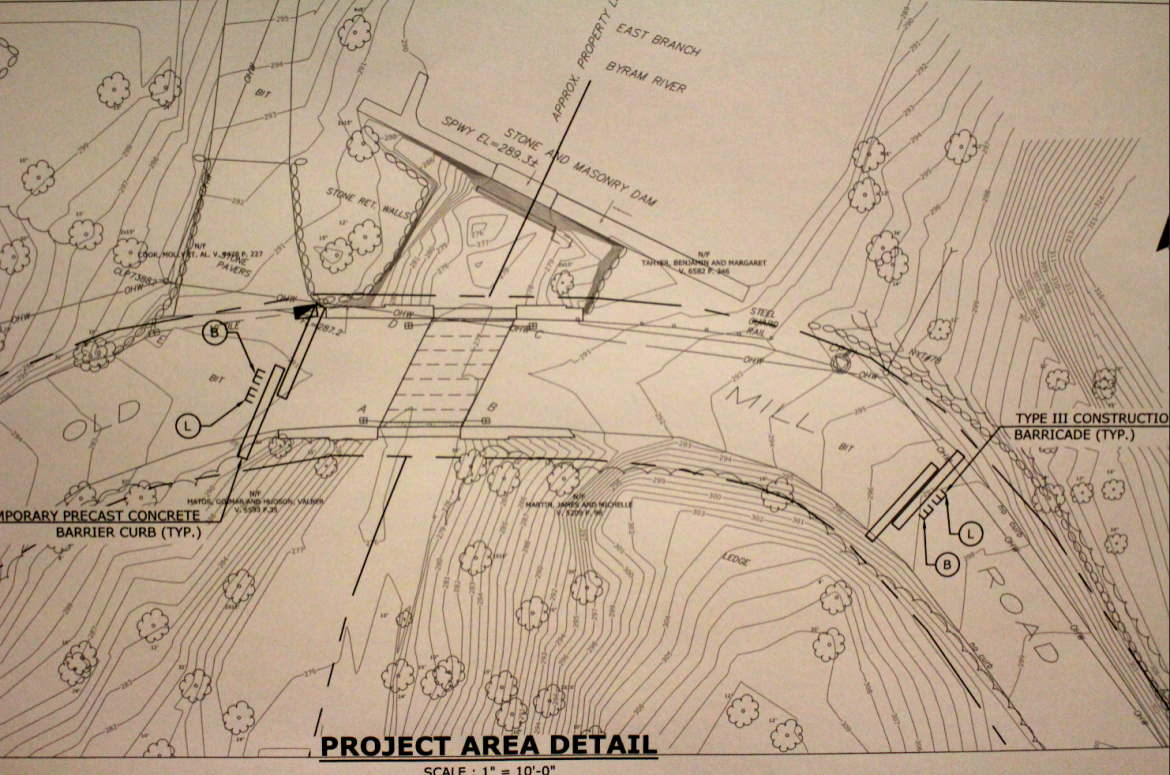