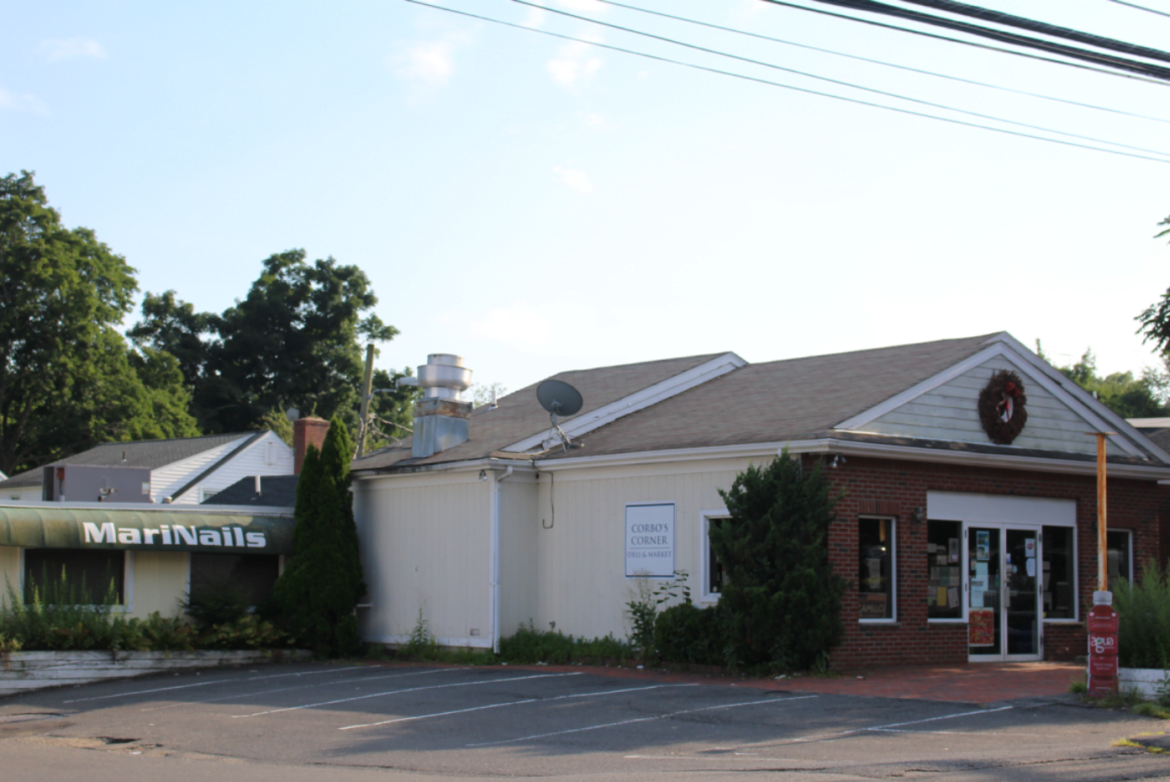 The building that housed Corbo’s and MariNails back in August 2015 has since been razed. Photo: Leslie Yager

Everyone agreed it was an eyesore. The building that housed MariNails and Corbo’s Corner, a deli popular with locals, especially Greenwich High School students. And the parking lot left a lot to be desired.

The new 6,700 sq ft two-story brick building, on the .38 acre property, will have a combination of restaurant and “retail food establishment,” which is the category that includes delicatessens. The proposed split will be similar to that of Corbo’s, with 16 seats inside and 10 seats outside.

On Tuesday, construction came to a halt after the town issued stop work orders to two companies.

The order cited the contractor, Caetano Construction LLC of Danbury with failing to secure payment of worker’s compensation, failing to obtain coverage that meets the requirements, misrepresenting employees as independent contractors and materially understating or concealing payroll. 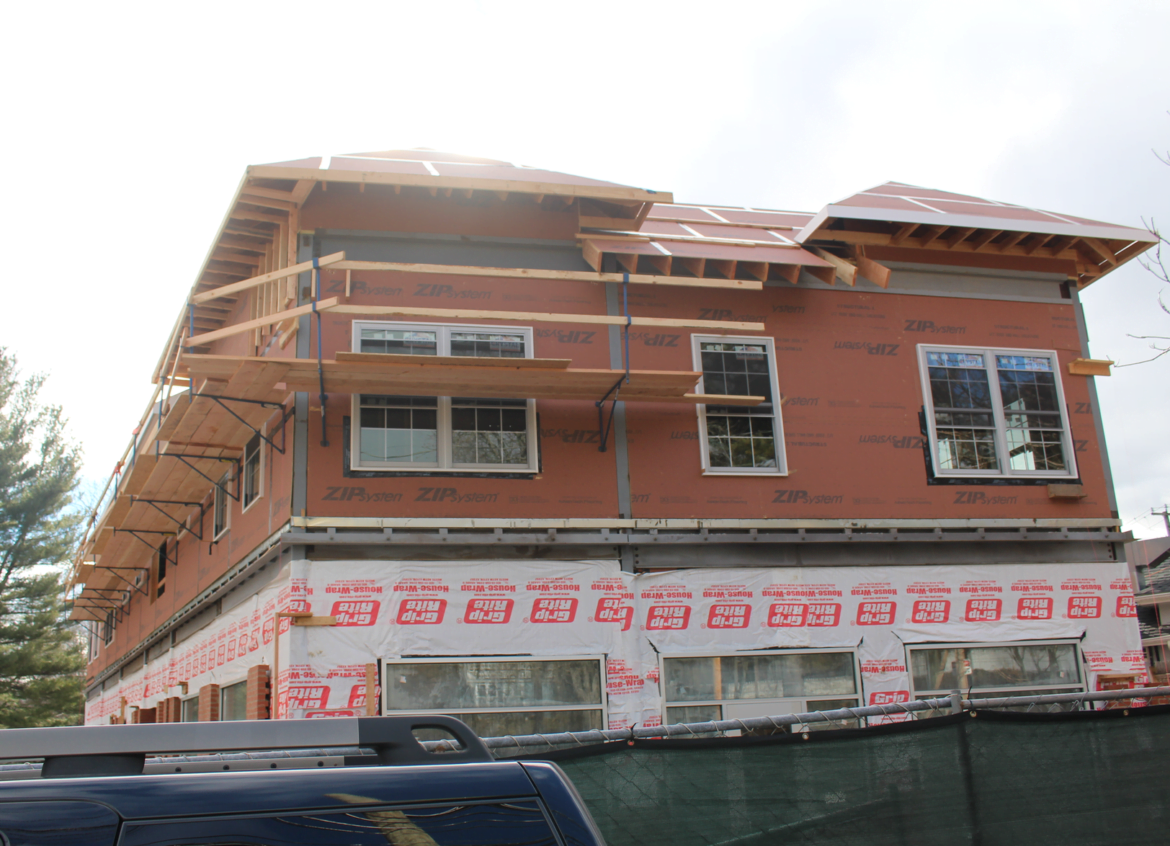