Not everyone knows what a vascular birthmark is unless they were born with one or have a child born with one, though many are familiar with the expression “port wine stain.”

But everyone knows it’s difficult growing up feeling different, and in particular living with a disfigurement.

Hannah Storm has become the voice for children with birthmarks in the US and worldwide. The ESPN anchor’s Hannah Storm Foundation provides surgeries to children born with vascular birthmarks and vascular anomalies.

Here in Greenwich, People’s United Bank has partnered with the Hannah Storm Foundation for many years, and this weekend marked the start of a holiday season campaign, aptly named “Brighten up a Child’s Life.”

During a reception on Saturday morning, Valerie Senew, People’s First Vice President and Growth Manager, welcomed Storm to the Cos Cob branch of People’s at 119 East Putnam Ave. Senew said the goal of the Brighten up a Child’s Life Campaign is to raise $20,000 between Saturday’s kick-off and January 5. 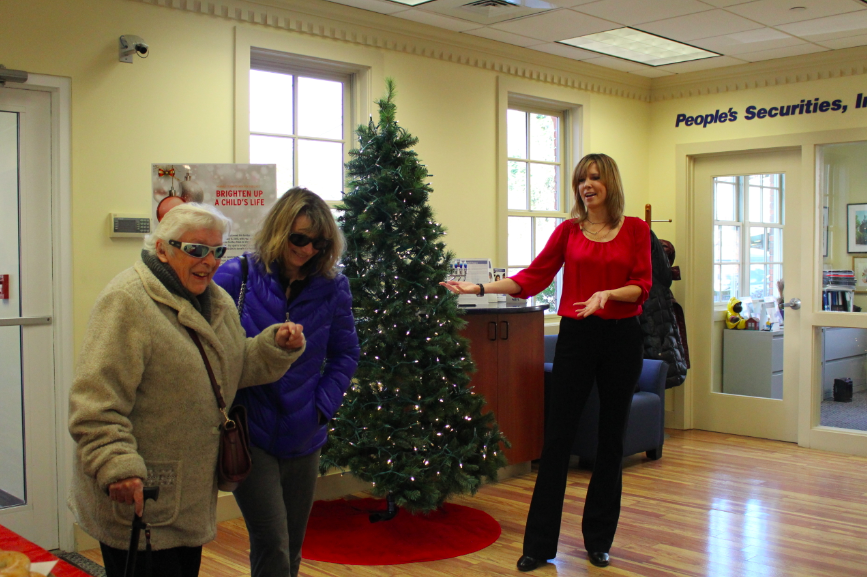 During the ceremony, Storm, who stood by the bank entrance to deliver her remarks, surprised customers as they arrived, greeting each personally.

Storm said that a series of trees are set up in People’s Bank branches in Town, each with 2,000 lights, of which 1,000 are already lit. For each $5.00 donation, an any bank employee, visitor or customer can illuminate an additional light on one of the trees.

“About 40,000 kids a year are effected by this condition and none of the treatments are covered by insurance. We’re so grateful to People’s bank,” Storm said, describing the partnership as a long sustaining effort on behalf of the foundation.

Storm said the $20,000 goal would represent enough enough to pay for several surgeries. “In quite a literal sense, it would brighten up a child’s life,” she said. 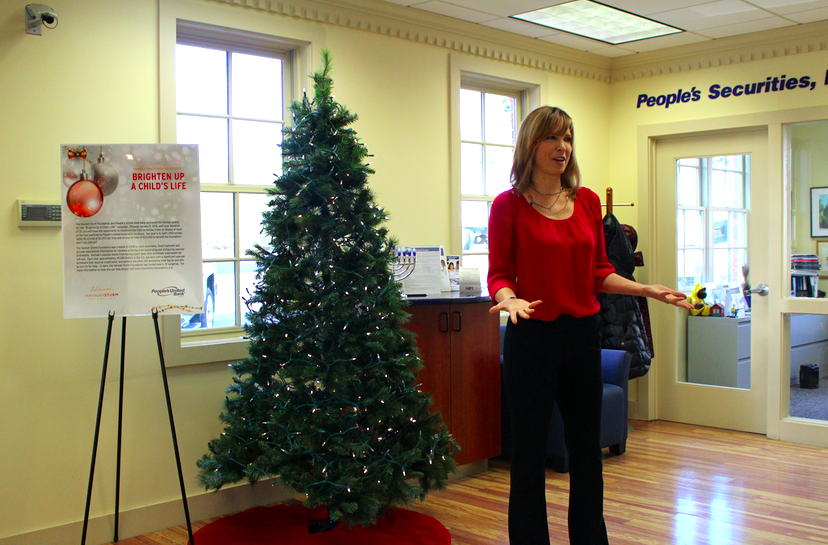