The search for a comfortable bathing suit that is both flattering and made in the USA has ended.

“X” marks the spot at 369 Greenwich Ave, where comfortable intersects with flattering, and shoppers treasure their finds. 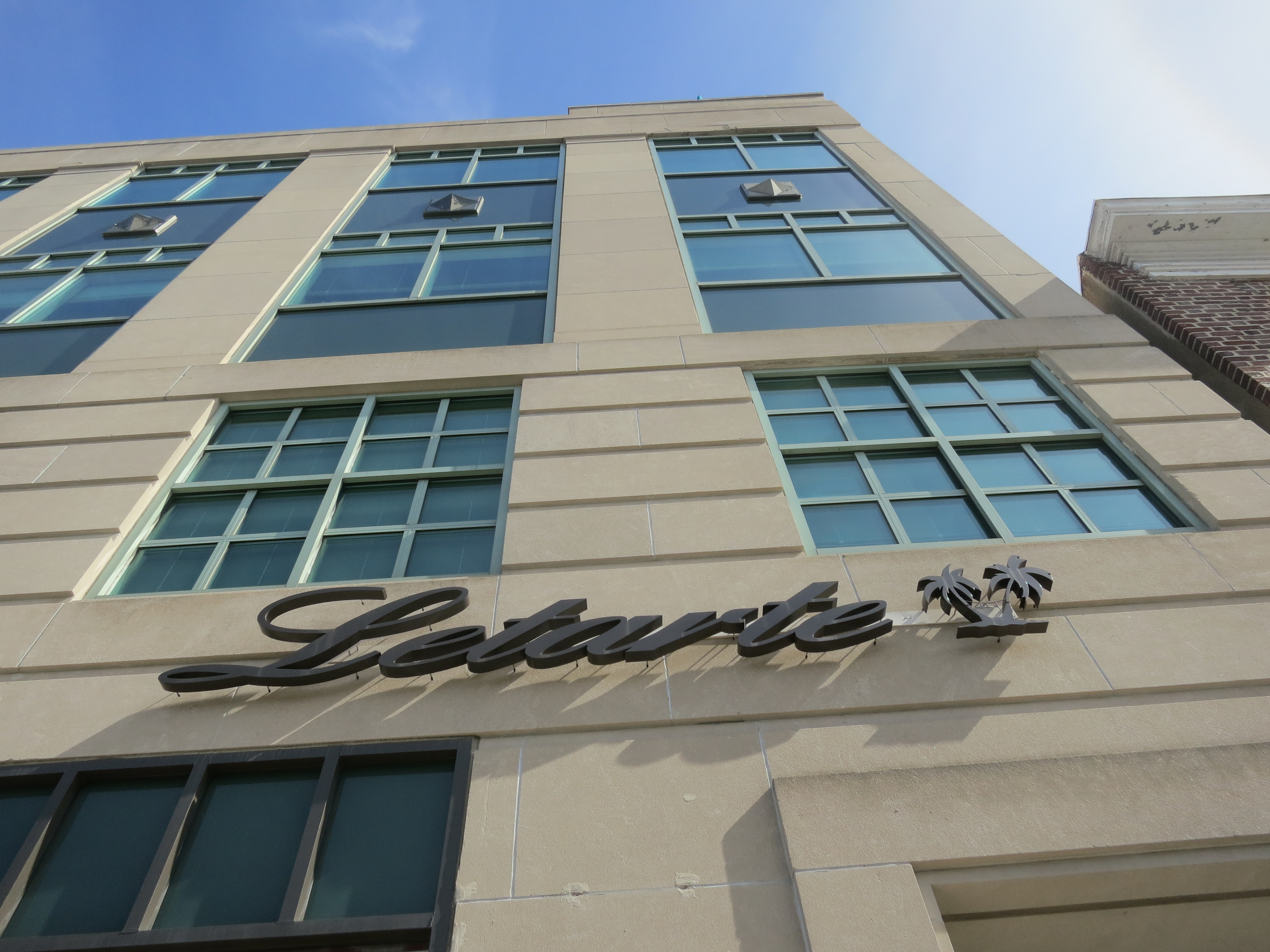 “They’ll stop in and tell us they’re pretending they’re on vacation or getting in the mood for vacation. We always have reggae music on and there’s no pressure.”

Indeed, with the relaxed vibe, customers can peruse an array of jewelry including designs from locally-based in2 design, cover-ups, and tropical-weight cashmere for mild nights spent nurturing sun-kissed shoulders at the tiki hut.

“We sell to all the resorts that have shops, and we have a specialty store following that includes Bergdorf-Goodman,” Probert said. Indeed the swimwear is now available in over 400 retailers and luxury resorts around the world. 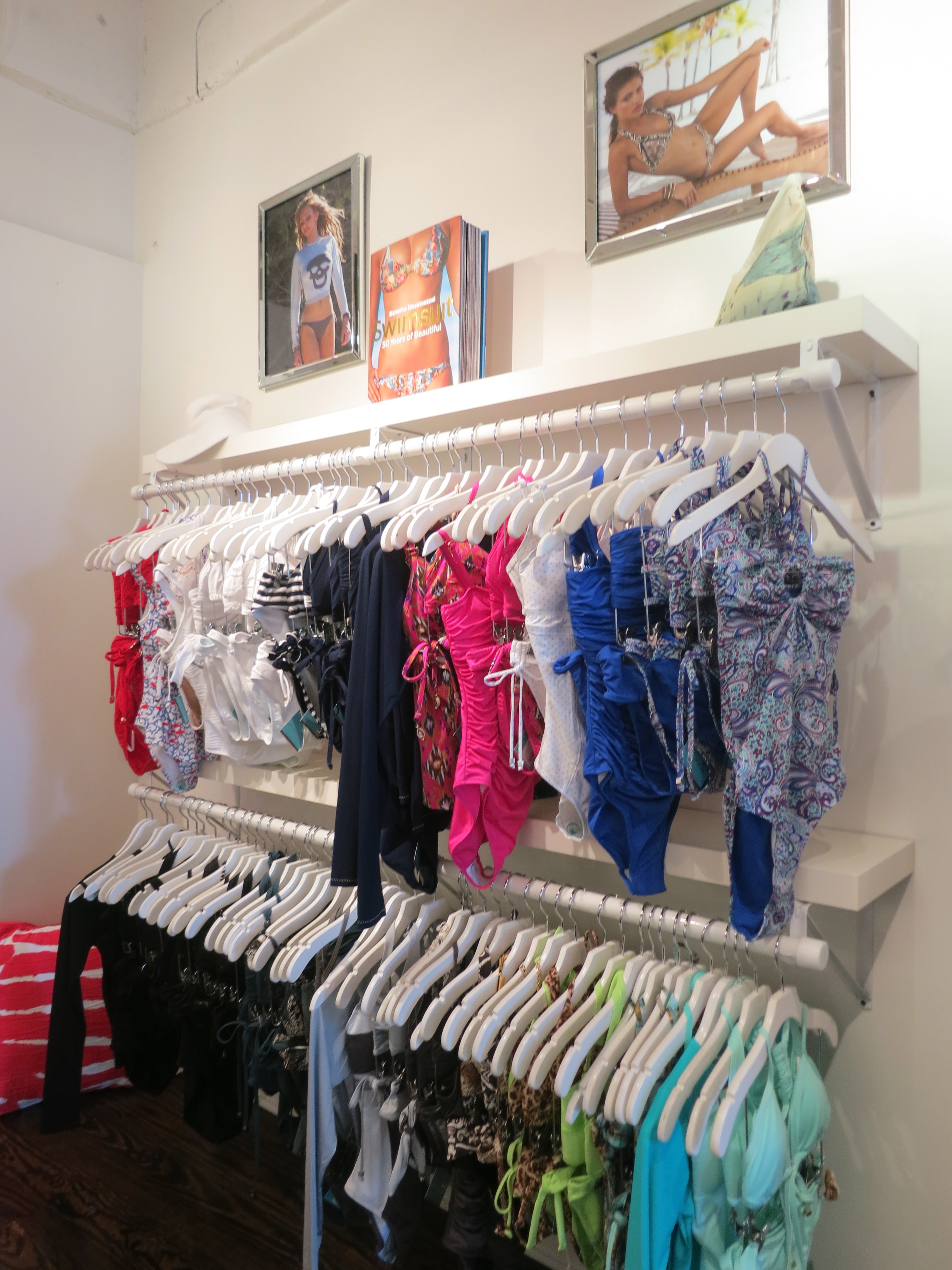 Customers have the option to mix and match both sizes and cuts of two piece bathing suits. Probert said that younger customers are more likely to mix up their look with print bottom and and a solid top, or vice versa.

In addition to being a shopping source for winter getaways to warmer climes, all of the tunics, dresses and the store’s best-selling crocheted shorts and pants, are perfect for strolling Greenwich Avenue after a ferry ride to Island Beach or a day at Tod’s Point.

Probert said that swimsuits from Letarte collections have been featured in the Sports Illustrated swimsuit issue for many years and that three of Letarte’s swim suits are featured in the current edition.

Oftentimes, according to Probert, women stop by after working out at SoleCycle on Mason Street. 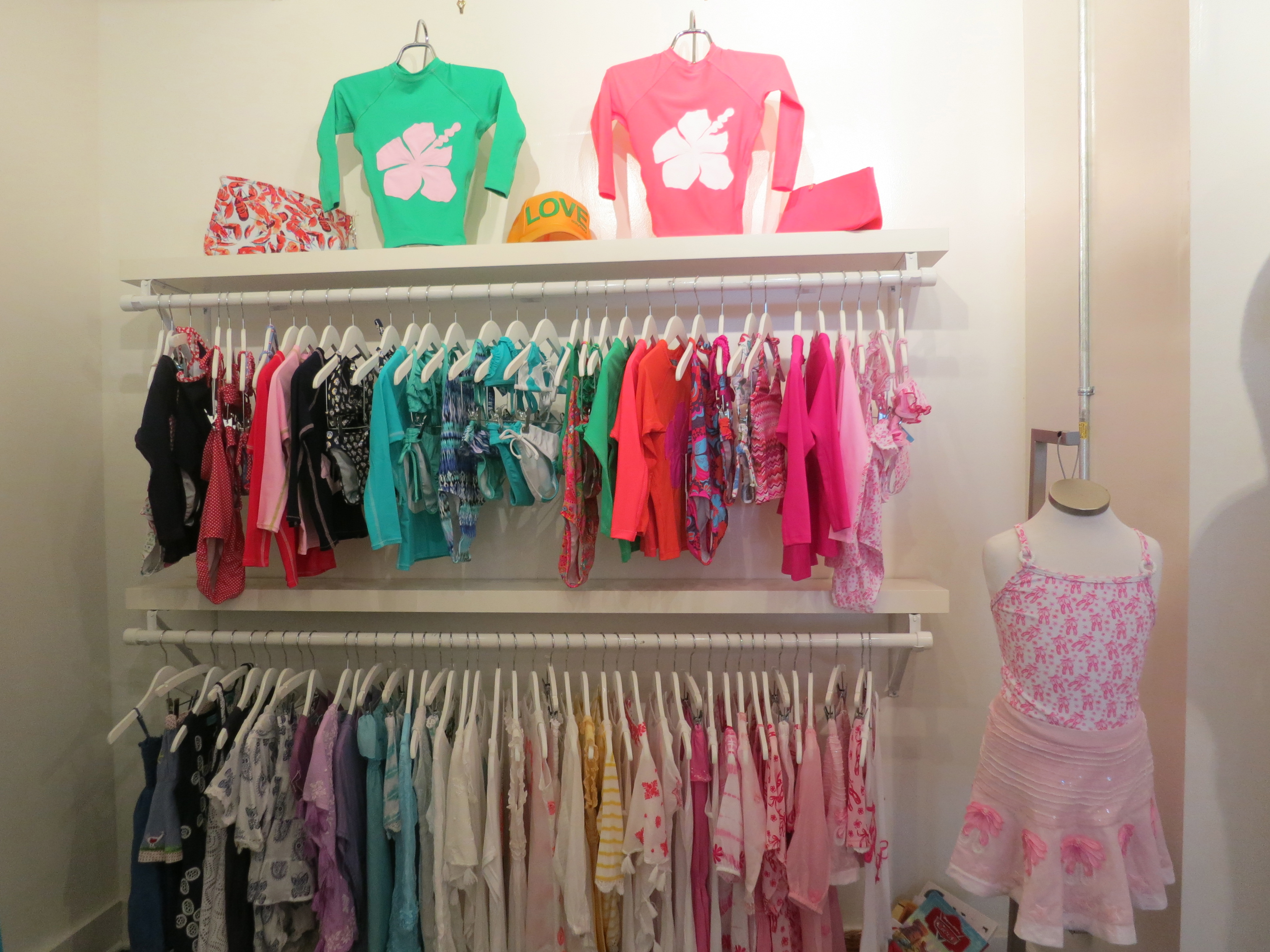 Still, not all customers set out to purchase a bikini. LeTarte sells children’s “rash guards” which are SPF 50 and come in bright colors with appliqués on the chest.

And, Probert said the shop is a go-to destination for gifts like Samudra zip bags. 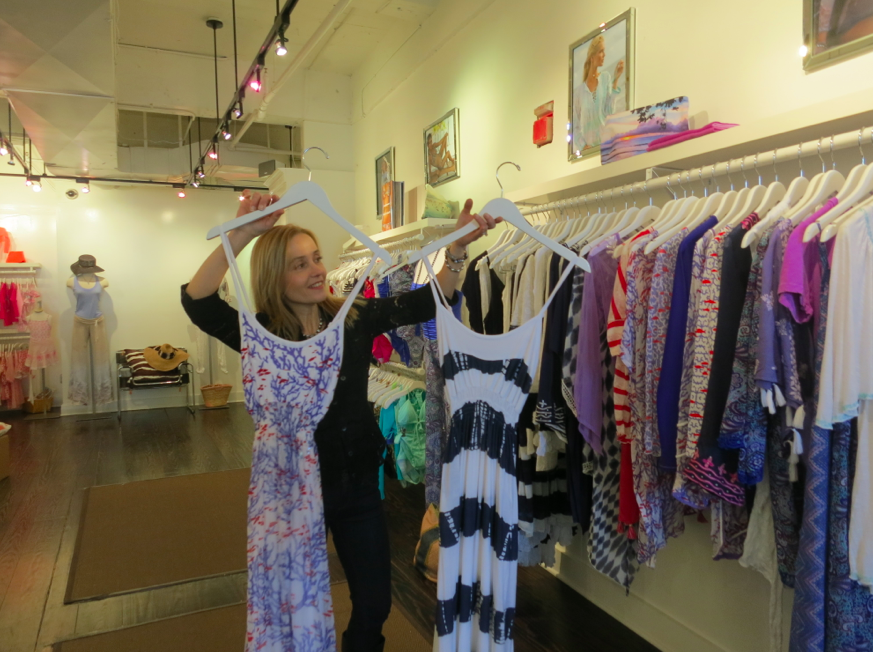 Local Letarte customers include Tommy Hilfiger who shopped with his wife not long ago, according to Probert.

Letarte’s flagship store is located in Maui. There is also a seasonal shop in Nantucket, and stores in California, Florida and New York City, in addition to Greenwich.

In the Greenwich store, binders burst with magazine clippings of celebrities photographed in Letarte swimwear, including Beyoncé, Kristin Chenowith, Kate Hudson and Kelly Bensimon, who is coming to Letarte’s Greenwich store on Wednesday, March 12 to celebrate the launch of a new perfume. 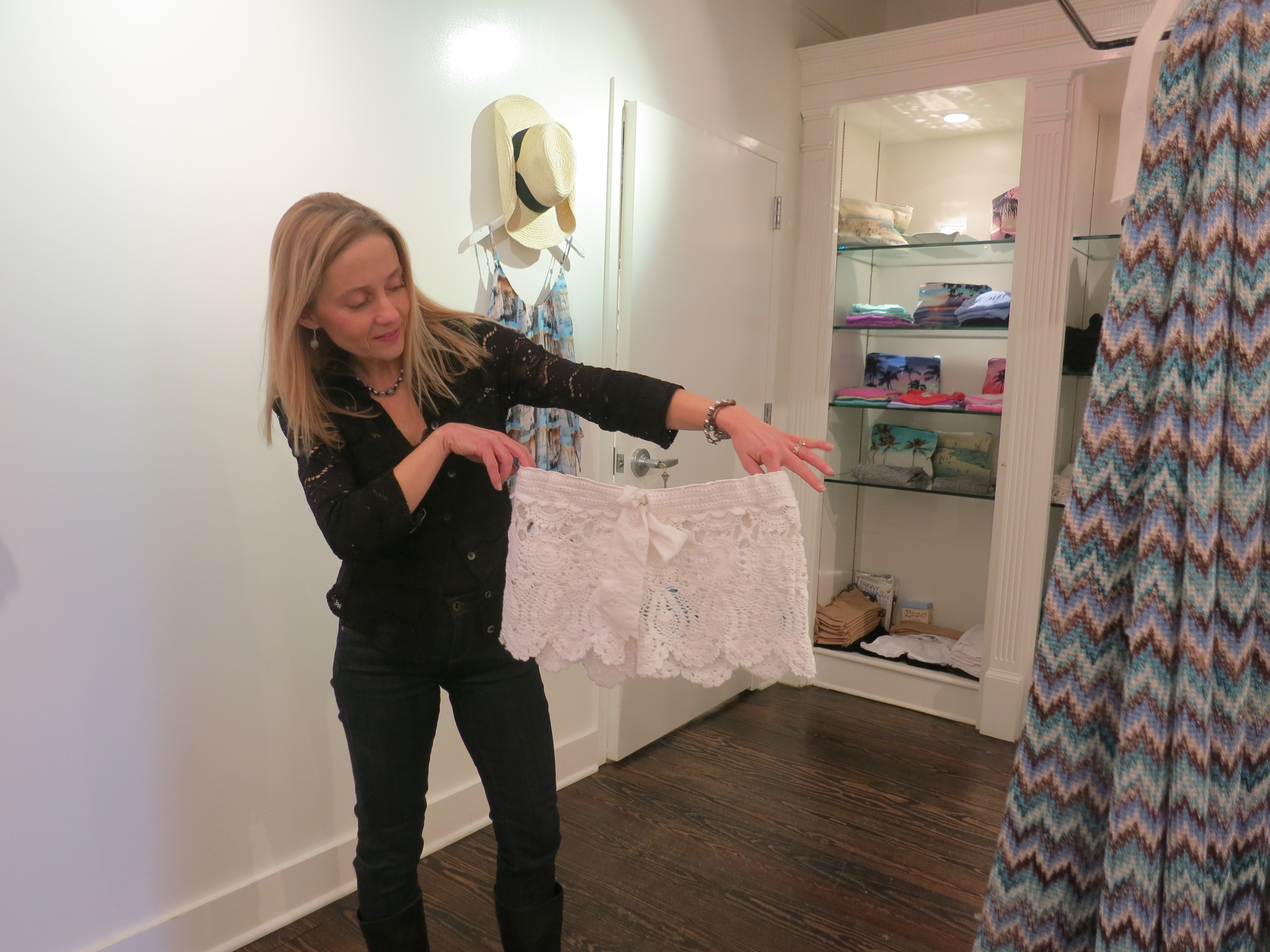 Current Letarte collections include Crinkle, which is named after the forgiving fabric that can be rolled up and placed in a suitcase, Moonlight and Watercolor.

Named after the Letarte sisters who co-founded the business in 2000, competitive windsurfer Michele Letarte Ross’s fruitless search for a feminine swimsuit she could wear on the waves led her to create her own designs. Success started with a single design created in a Maui beach bungalow. Lisa Letarte Cabrinha attributes the company’s success in a downward economy to hiring a female-majority staff and staying true to the brand. 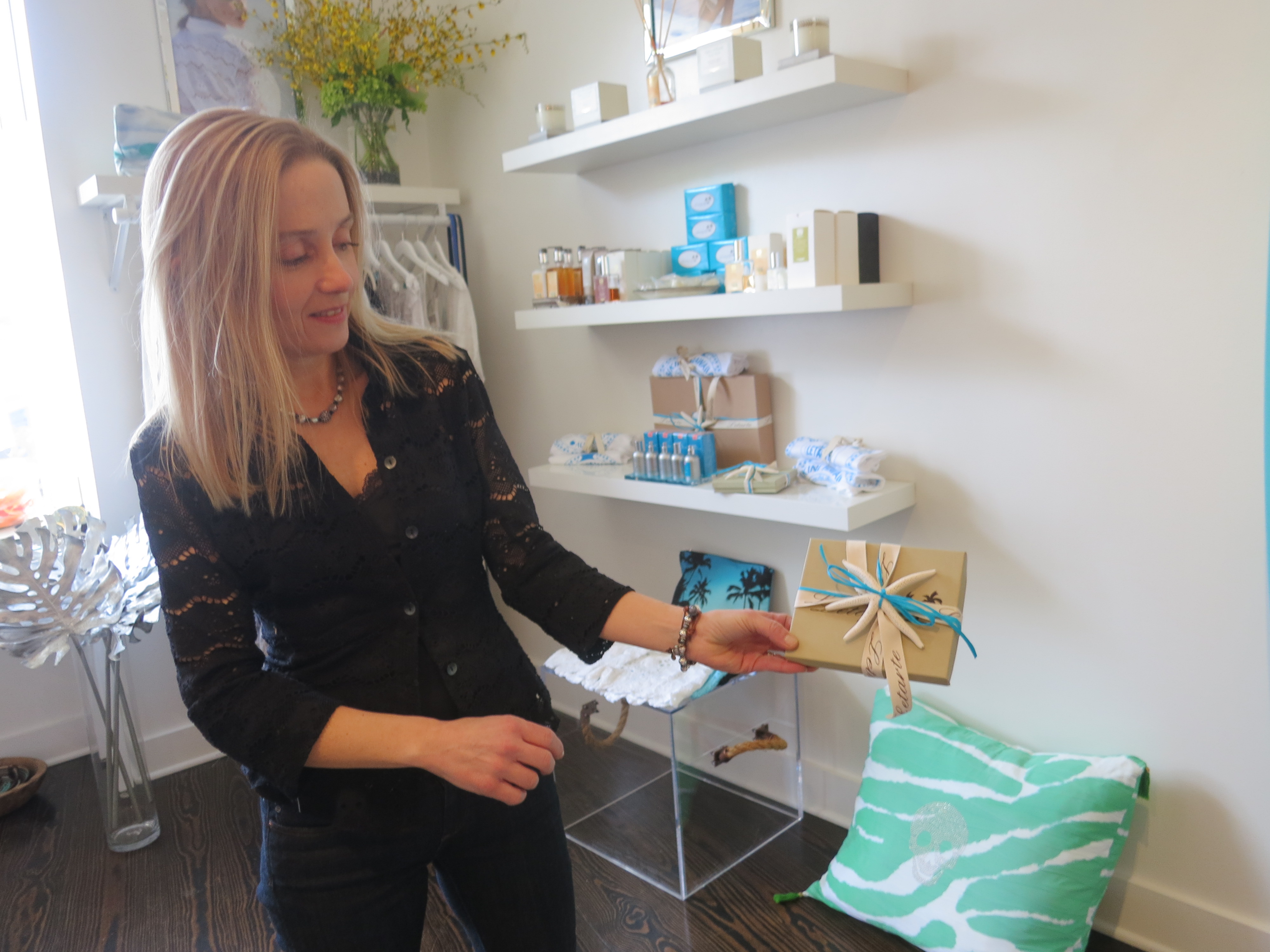 As a go-to spot for gifts, Probert reports that customers delight at the free gift “wrapping” that features a simple brown box fastened with tan cord twine and a splash of aqua raffia. Where one might fasten a bow, Letarte instead adds a starfish for a finishing touch.

In its two years on Greenwich Avenue, Letarte has embraced the community, participating in events like Art to the Avenue and Fashion’s Night Out. The store also supports local charities, and, according to Probert often donating auction items.