Coming to Greenwich: Palmwich, which has a help wanted sign in the window at 19 West Elm Street, beside the empty storefront occupied until recently by ROAM.

Palmwich operates a drive-through in Darien, right off Exit 13 at 205 Boston Post Road. The restaurant with its Hand Held – Real Food – Fast theme offers healthy food with an emphasis on local, seasonal ingredients. Items on the menu are labeled, gluten free, vegetarian or vegan. 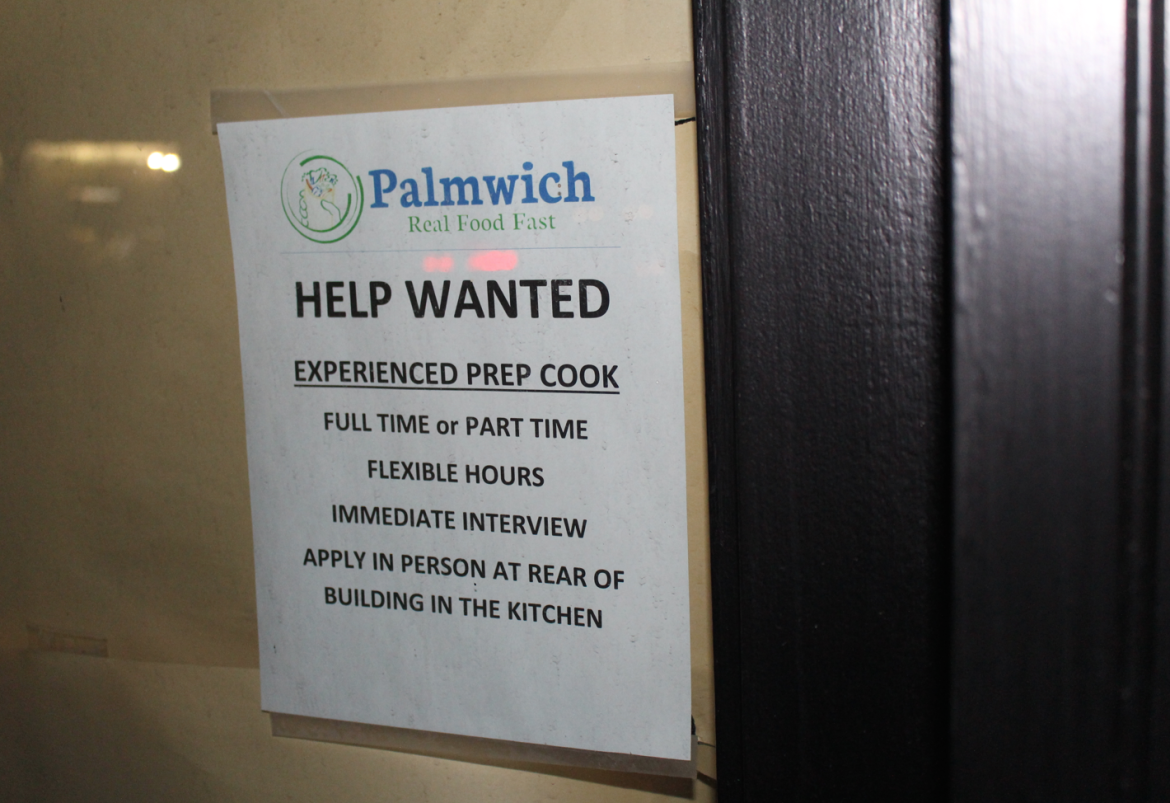 On Saturday, a help wanted sign in the window of 19 West Elm Street in Greenwich advertises that Palmwich is looking for experienced prep cook. Credit: Leslie Yager

There are beverages like “Green Goodness” with kale, spinach, cucumber, grapes, lemon and green apple. A kids menu has choices including a “Hungry Monkey” with a whole grain flax wrap, peanut butter, jelly and sliced bananas. There’s also a kids Super Mac Bowl, which is gluten-free pasta and cheddar. 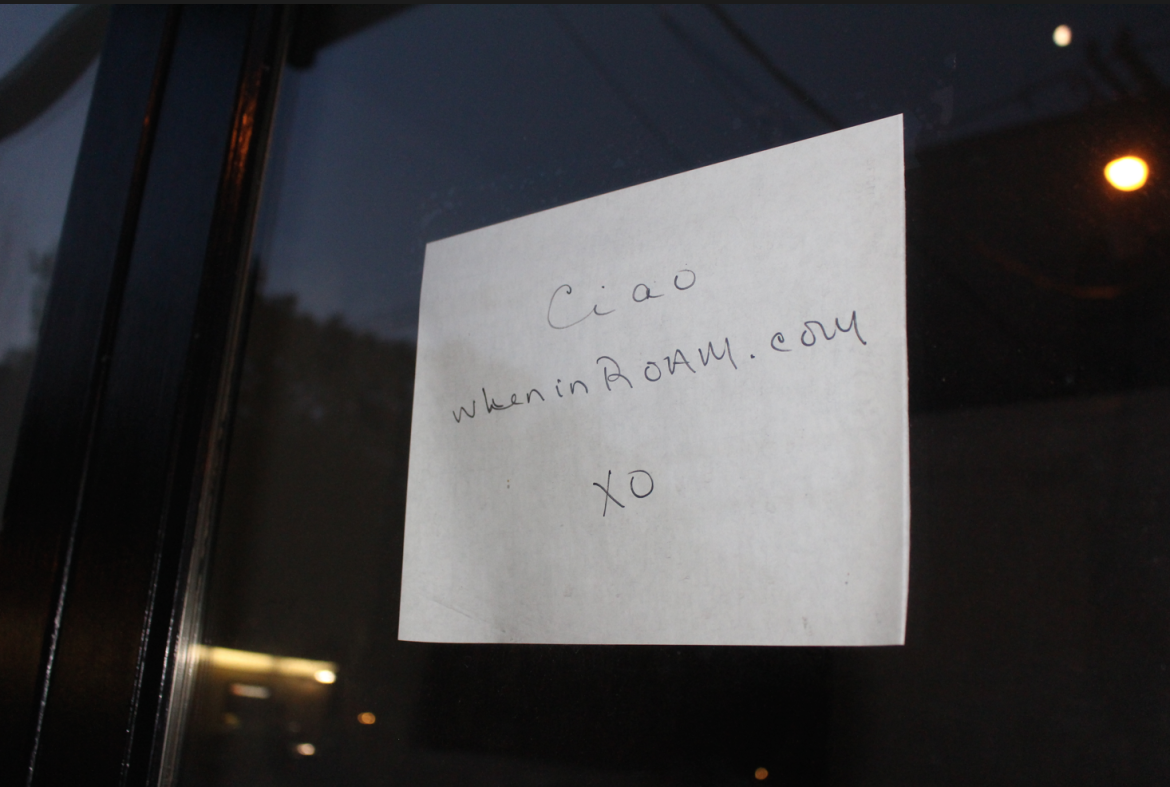 At 19 West Elm Street, ROAM has closed. Signs in the window indicate the fixtures are for sale, including a cash drawer for $100. The store, which sold clothing, handbags and accessories was notable for the giant black and white paper lanterns hanging outside the entrance.

The ROAM website says, “Babe Rizzuto and her daughters, Sophia and Tatiana, have created what may very well become an empire. Edgy yet elegant, hip and haute – from the daring to the demure – the vision behind ROAM is three Babes.”