Camillo, who is running unopposed for a fourth fourth term, has been endorsed by National Federation of Independent Businesses (NFIB), Connecticut REALTORS, and Connecticut Council of Police. 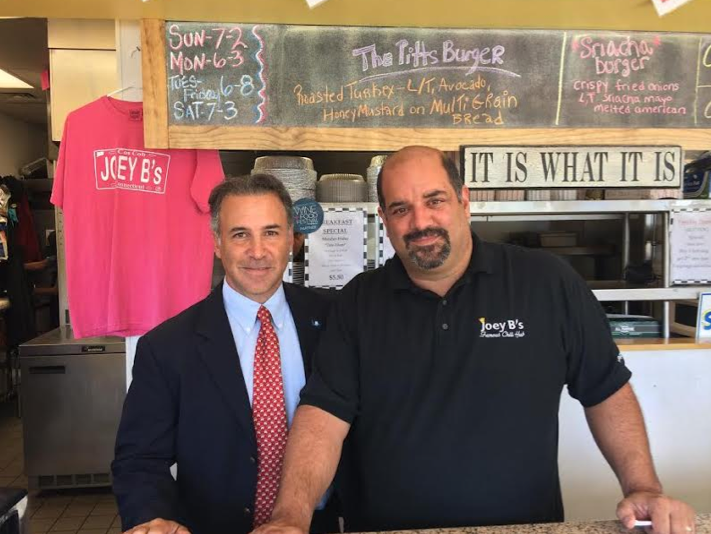 Mr. Gjede and State Rep. Camillo met with John Howland of the First Bank of Greenwich, Caren Vizzo of the Cos Cobber, and Dom Delfino of Joey B’s and listened to  their concerns and questions regarding the state’s business climate. 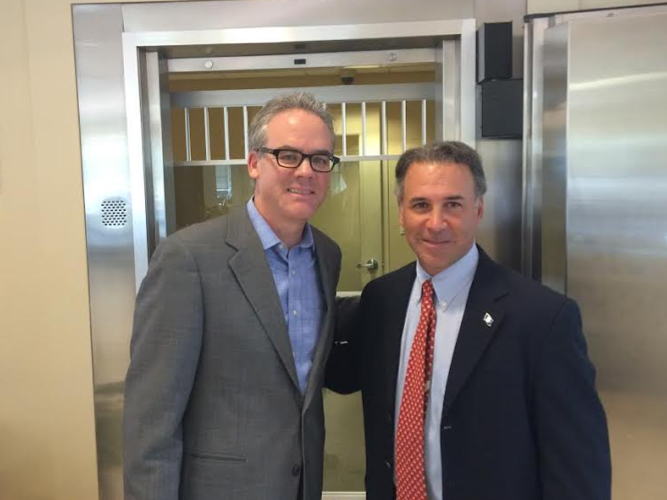 Mr. Howland spoke of excessive regulations that place local banks at a disadvantage when competing with out of state entities, the high cost of doing business in a state like Connecticut, and concern over the unemployment tax.

A full service bank, Mr. Howland spoke of the many community endeavors the bank is involved with and the desire to continue to be a pillar of the business community in town. The First Bank of Greenwich is located at 444 E Putnam Ave #1, in  Cos Cob. 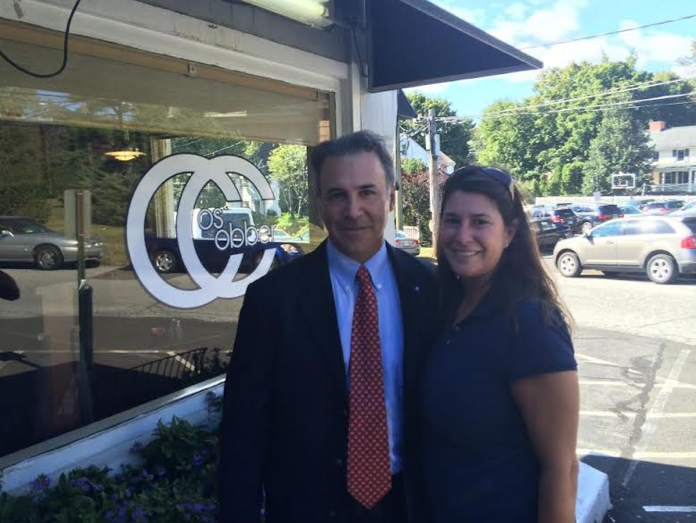 Ms. Vizzo, a Cos Cob native, spoke of some of the struggles she has had to overcome as a new business in a competitive industry. Vizzo opened the Cos Cobber three years ago and said the town has been very supportive of the restaurant at 31 E Putnam Ave, in Cos Cob.

Mr. Delfino, also a native of Greenwich, told Mr. Gjede and Rep. Camillo how the increase in the minimum wage to a small business like Joey B’s will cause some painful decisions to be made.

He cited his  fixed costs each month and mandates like minimum wage increases and unemployment taxes  combining to produce margins smaller and decreased hours for employees. Like the First Bank of Greenwich and the Cos Cobber, Joey B’s is a strong supporter of local charities, the community of Cos Cob, and the Town of Greenwich.

CBIA’s mission is to…