Construction of the long-awaited Wall Street Place mixed-use development began on Friday with Governor Dannel P. Malloy, Senator Bob Duff (D-Norwalk) and a host of state and regional officials attending the start of demolition at the site, which will soon be home to more than 100 new apartments and 16,000 sq ft of retail business space.

“Supporting the development of affordable and supportive housing is critical to our state’s overall economic development needs and is a key component of our success to get Connecticut moving again,” Governor Malloy said in a release.

“Stable housing leads to stable communities, where families and young professionals create a talented workforce that attracts employers, grows jobs and builds a solid economic base,” Malloy said. “I’m excited to see the Wall Street Place development in Norwalk move forward and I’m proud that the State of Connecticut could help this project become a reality.” 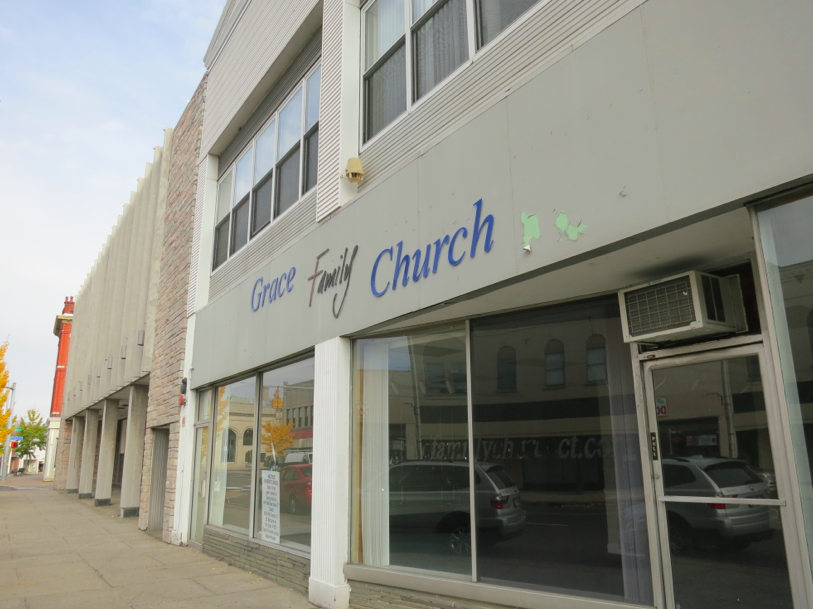 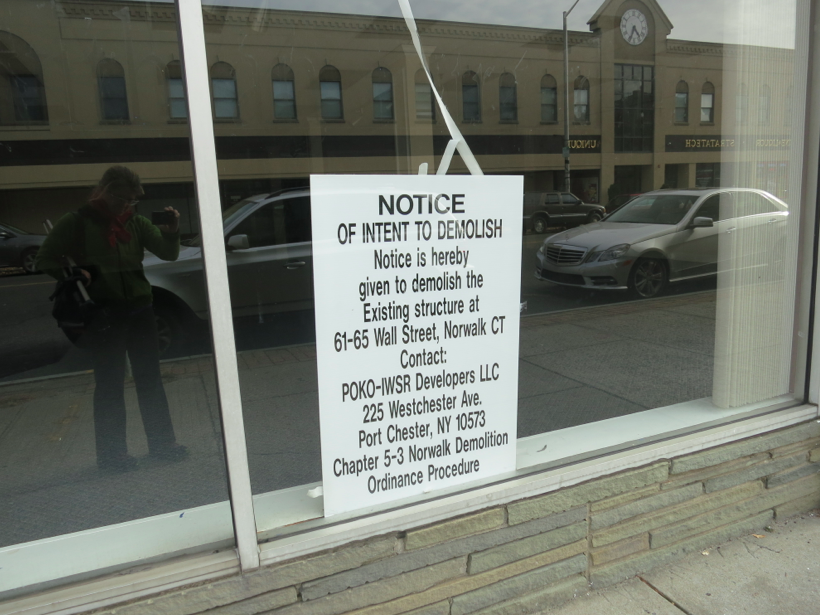 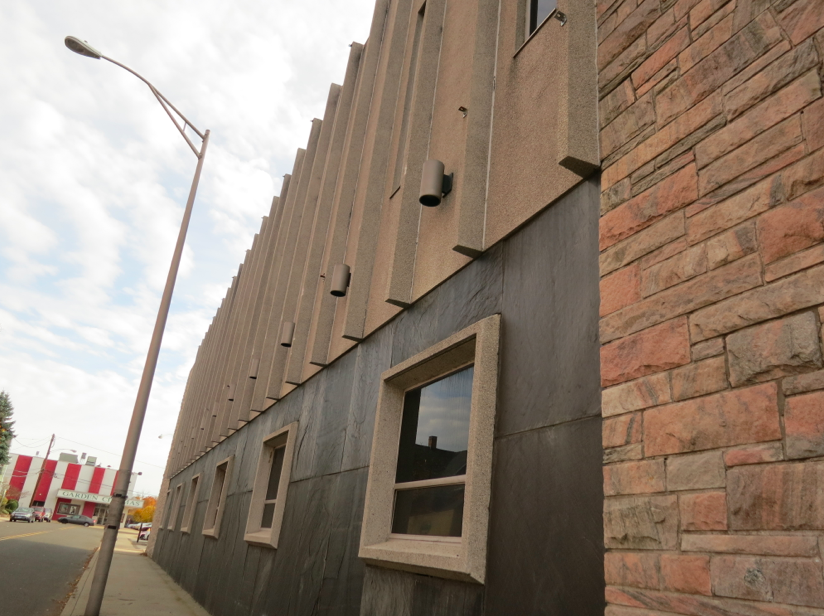 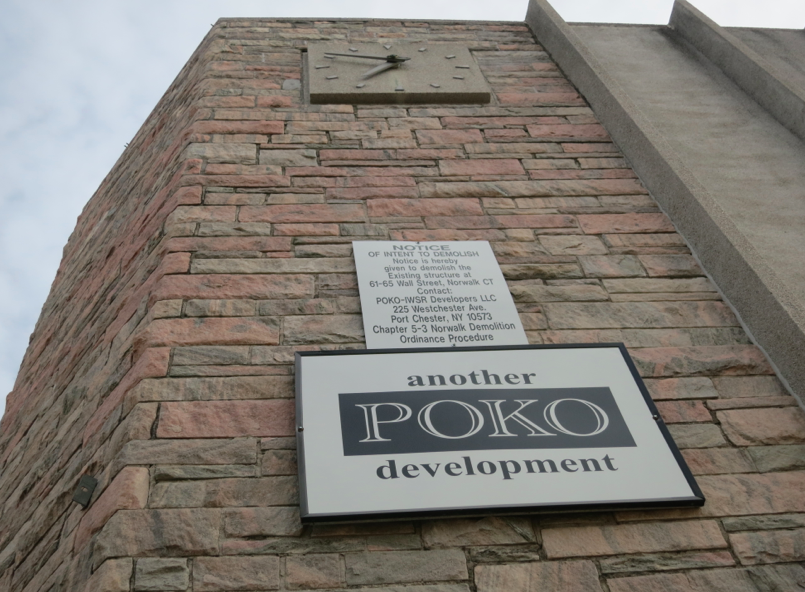 The Phase I of Wall Street Place is a sustainable, mixed-use, mixed-income development in historic downtown that will contain 101 rental units, 36 of which will be affordable to households earning up to 50% and 60% of the area median income while the reaming 65 units will be market-rate rentals.

Of the affordable units, 10 will be set aside for supportive housing with services provided by Homes with Hope, a local nonprofit that works with the homeless.

Phase I will also contain 16,000 square feet of retail space, 23 surface parking spaces and an automated parking garage (the first of its kind in Connecticut) with over 200 spaces available to residents and the public.

The $46 million development by POKO Partners of Port Chester, New York will be financed with a variety of sources, including $23.7 million in conventional debt, $5 million in Urban Act Funds, $3.5 million in assistance from the Connecticut Department of Housing, $8.8 million in low-income housing tax credit equity and $4.4 million in funding from the City of Norwalk.

“I consider this project to be the beginning of the rebirth of the Wall Street area in Norwalk,” said Norwalk Mayor Harry Rilling.f

“POKO is proud to begin the demolition and construction of this exciting and transformative project,” said POKO Partners President and CEO Kenneth Olson.

“This project is the best example of a public-private partnership. The state, the city and POKO all have significant investments in the success of this project.”

Site plans for the project were initially approved by the Norwalk Zoning Commission in August, 2008, but a court appeal and financial delays postponed groundbreaking.

Founded by Olson in 1993, POKO Partners specializes in community mixed-use development in urban and suburban areas with commercial and residential components, including affordable and mixed-income housing. Since its inception, POKO Partners has developed over $750 million in property, including more than 800 residential units and 500,000 square feet of commercial space.