The six Republican members of the Board of Estimate and Taxation (BET) would like to share our view on budget discussions for FY2018-2019.

Last October, the BET unanimously approved Guidelines giving the First Selectman and the Board of Education (BOE) a roadmap for operating and capital expense increases for FY2018-2019.

The bipartisan Guidelines call for a budget with up to a 2.4% increase in department operating expenses, no net increase in headcount, and a modest increase in capital expenditures, focusing on maintenance or projects that can be accomplished in the next fiscal year.Greenwich taxpayers are facing increasing state and federal income tax pressures and it is clear that our town can no longer conduct business as usual. As the town’s General Fund approaches a $375 million annual operating budget, and $48 million of additional capital expenditures, we need to ask what our town departments can do for similar or better service while reducing costs.

Where can spending be consolidated, what administrative positions can be eliminated and how can we economize the spending of our taxpayers’ resources?

The BET, the BOE and the First Selectman have always strongly supported our schools and the education of our children. Past budgets have absorbed losses of State grants and other revenues funding our schools, all while protecting the BOE budget. 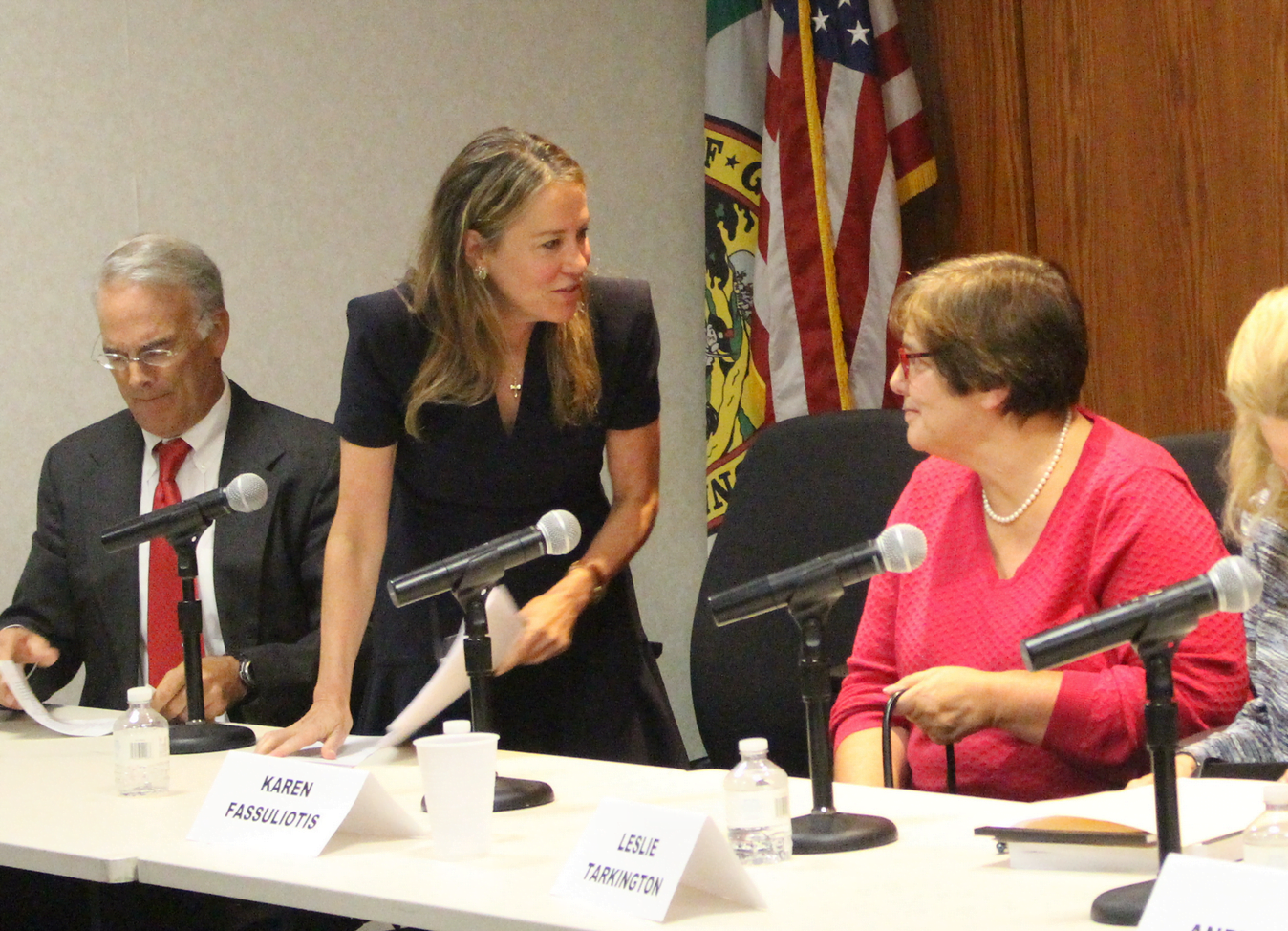 Under Republican leadership, the town has spent over $1 billion in the past 10 years in support of our schools, and we have built a world class high school auditorium and music instructional space, two new schools, with a third under construction.

As proposed, the Education operating budget is $194 million (including employee benefits, excludes teachers’ pensions), which represents approximately 50% of projected town operating expenditures. In this year’s budget, the Superintendent has proposed an additional 11.8 positions versus a projected increase of 8 students, bringing the BOE headcount to over 1,497 positions.

The added headcount, in addition to salaries, adds future pension and healthcare liability costs which, when compounded, will cost taxpayers millions. The BOE initiative for later start times has also cost taxpayers more in busing costs over what was originally projected.

It is time for the BOE to re-examine headcount growth and the rising costs of schools.

We ask that the BOE define programs with well-defined measurable goals and discontinue or change those programs with minimal student benefit. The BOE needs to work with the BET to find efficiencies in its operations without sacrificing education.

Our other town departments must do better as well, both in operating and capital projects.

Town operating expenses and head count will increase in this budget if no changes are made. In most cases, there are no identified operating efficiencies.

The First Selectman offered a reasonable reorganization of management of the Inland Wetlands & Watercourses Agency and the Conservation Commission that passed with three members in support.

However, the Town’s proposed budget has an increased headcount by a net of two positions, and reductions are necessary if the bipartisan Guidelines are to be met.

The BET Budget Committee review of capital requests indicated large amounts of prior years’ capital appropriations remain unexpended. Attempts were made by the two Republican committee members to reduce or defer the proposed capital projects for FY2018-2019, which, in total, currently exceed the bipartisan Guidelines.

The motions to delete or reduce these capital projects did not earn support from our Democratic colleagues and failed mostly along party lines.

We expect our Democratic colleagues will propose a resolution to permit the Town to borrow for maturities up to 20 years in the General Fund. If adopted, this would increase interest costs, while deferring debt service to a future generation. We believe that the current modified pay-as-you go funding, which sensibly limits debt issuance to shorter maturities, has served Greenwich well for many decades.

The BET’s strategy of careful management of revenues, expenses, and low debt has broad support in the community. Although this year’s budget proposes no change in the mill rate (0% increase), it reflects the one-time cost benefit to the Town of many of its employees moving to the State’s healthcare plan. These healthcare savings give the appearance of lower spending and mask the reality that both Town and BOE spending continued to increase. We need to improve. Without targeted operational efficiencies and reduced spending now, taxpayers will experience much greater tax increases in the future.

We look forward to hearing your input at the BET Public Hearing, March 22nd , at 7:00pm, in the Town Hall Meeting Room.