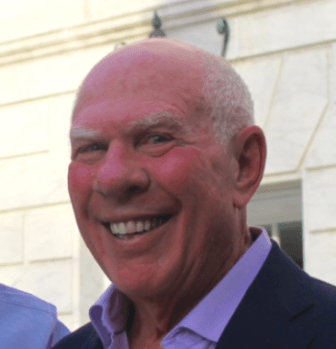 I Don’t Care. That is what the First Selectman and his Republican colleague on the Board of Selectmen said when asked to authorize an investigation in to patently improper, secret videotaping that occurred on the Town Hall premises in the midst of the 2017 election for First Selectman. That was so stunning that it has taken a few days to fully digest how that could possibly be. How could two Town officials object to learning how someone could secretly videotape a meeting (using equipment kept behind locked doors) on the Town’s property? Let me set the stage:

On September 21, 2017 when I was running against the First Selectman in a race which turned out to be closer than the Republicans had experienced in more than a decade, several volunteers utilized a room that had been reserved in Town Hall by my campaign, to make telephone calls on my behalf. No one thought or knew that, while engaging in this political activity, they were being secretly videotaped.

One year later, a former Republican Town Committee Chair, Ed Dadakis, a vocal and visible supporter of the Republican candidates, revealed the secret taping by posting a picture taken from the video showing three volunteers in the room. What else was on the recording? Was there audio? Did anyone authorize this? If so, who and why? Was the video shared with others? How did the photo of the video come to be with Mr. Dadakis? We do not know and because we do not know, as a Selectman I asked to have the issue placed on the agenda for the Board’s upcoming meeting. At the meeting, held on March 28, I made a motion seeking to have the Board authorize and conduct an investigation into who, if anyone, authorized the recording, who actually did the recording and how it was disseminated to Mr. Dadakis.

My motion was noted by the First Selectman who first wanted to hear from individuals who wished to comment or ask questions. Six individuals spoke, two of whom were depicted in the picture posted by Mr. Dadakis. Five of the individual speakers expressed serious concerns and asked for an investigation. One did not, asserting instead that there was no criminal wrongdoing and that there was no expectation of privacy in a room at Town Hall.

After the last speaker, the First Selectman returned to the motion, asking if there were a second. I was shocked as both John Toner and Peter Tesei sat there silently, gazing upwards. This was the first and only time a motion had ever failed to receive a “second” during my tenure on the Board of Selectmen. I publicly stated how disappointed I was in them and the process. In response the First Selectman suggested that he was uncertain whether the recording violated any criminal or civil statute and wanted the Town Attorney to advise with respect to that issue. He also noted that there were signs as you entered the building advising that video cameras were in use in the building, as though that meant there could be no expectation of privacy anywhere in the building. But that is simply not so.

People can and do reasonably expect privacy in government facilities even when there are cameras in the common or public areas. For instance, I expect, and I am sure others do too, that the restrooms are private. I am sure the First Selectman expects his office is private and the same with other offices where he holds confidential meetings. Indeed if there were no expectation of privacy anywhere in the building, and people could secretly record anywhere they want, including presumably, the First Selectman’s office) we could have a wholly different and more serious problem on our hands. But, this is not the case. Thee are offices and rooms where privacy can be, should be and is expected.

Similarly, while the First Selectman’s interest in the legal parameters of privacy concerns is admirable, whether there was or was not a violation of the law (and I believe there was) is not the real issue. For regardless of the answer to that question, the fact remains that there was a secret recording done on Town property and likely done and/or authorized by a Town employee. Even if that were not a crime or a civil tort, would you not want to know who did it, who authorized it and whether that individual is still working for the Town? The answer for the two Selectmen was “no.” Frankly, like Rhett Butler, the apparently didn’t give a damn.

So, I have been left to ponder: Why would our Town officials not care? Is it because it had to have been done by someone associated in some way with the Republican party or the person against whom I was running? Is it because the recording was not unauthorized but was specifically authorized by someone? Is it because they already know the answers to all those questions, including why and how a photo ended up in Mr. Dadakis’s hands? I don’t want to believe that. But I am puzzled – why would they not want to dispel any suggestion that they know those answers? Why are my colleagues, who have heretofore always been willing to acquire and learn facts, closing their eyes and burying their heads as deeply as they can in the sand? It is not like them; it is not worthy of them and it is not what they were elected to do. Therefore, and in order to lift the cloud that hangs over this incident, I will continue to call for a transparent investigation into the entire matter. Until that happens, the cloud will remain.