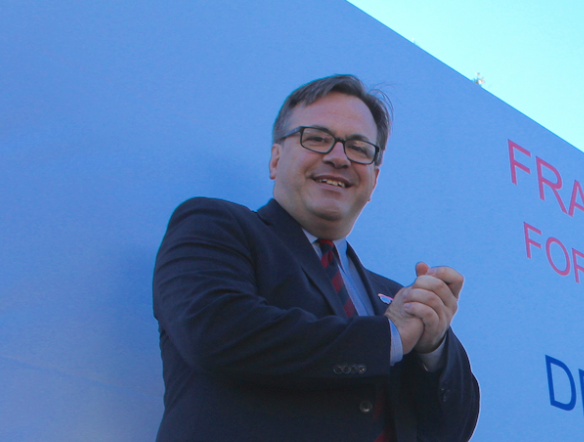 I am writing to respectfully disagree with the editorial by Jeff Ramer discussing a proposal to change the Board of Education from an 8 member Board to a 10 member board.

I believe strongly that Greenwich needs much more real democracy in its politics. This means a direct election for candidates, and not a confusing system that relies on 75 member town committees to select candidates who may run in a “competitive election” solely against members of their own political party.

I think our confusing systems are greatly responsible for the woefully low voter participation in our municipal elections, and serve to insulate sometime poor decision making from direct accountability where it matters, with the voters. Yes, I am wholly aware that the voter registration numbers will likely initially greatly diminish the number of seats my party holds locally. But democracy as I know it is not a process where two teams divide up the seats equally and call the result “thoughtful balance.” It is where individuals and parties conceive of ideas and vision, and compete with informed voters to be given the privilege of executing those promises.  I think our entire process for electing officials in Greenwich is undemocratic, and it’s time to make that happen with thoughtful and honest charter change.

That being said, I agree with Jeff Ramer that the issue currently before the Board of Selectmen is not designed for more democracy, but a cynical attempt to make an already broken system worse.

Our First Selectman thrives on the undemocratic aspects of our “decentralized form of government,” whether it is in the cynical appointment of cronies to town jobs or the packing commissions such as the Harbor Management Committee.

This most recent attempt to remake the Board of Education will not lessen the heavy role of the town parties in anointing our elected officials. It will not result in a Democratic, Republican and Independent candidate engaging in an exchange of ideas on how to better our schools in a fiscally responsible way.

It will not do anything except add two more members, likely Republican, to the same setup that recently has seemed to breed dysfunction and distance from our residents, and for the life of me I can’t fathom why this is necessary.

I understand this process intimately, and I am aware that I have worked for more than the last 10 years to uphold the system that exists. But over the past few years, I began to realize that its continuance was not serving either Greenwich or, in my opinion, the Democratic Party.

I have been vocal in the need for real elections that could allow us to stand toe to toe with Democrats in a battle of ideas that I think we will win, but one that is not possible either in the current manner of elections, or the far worse one proposed by the First Selectman.

If we are going to change, I vote we change in favor of more American democracy.