Second in a series of articles about the prevention, recognition, and treatment of public health threats in Greenwich.

In a press release on Monday the CT Dept of Public Health announced the person who died was a resident of East Haddam between 60 and 69 years old who became ill during the second week of September. They added that a fourth person, who is from Colchester who is between 40 and 49, has been diagnosed and remains hospitalized after five weeks.

“Sadly, this has been an unprecedented year for EEE in Connecticut,” said Matthew Cartter, the State Dept of Health Epidemiologist.

What do you think is the most dangerous animal on Earth?

While we do not have to fear mosquito-borne illnesses such as malaria, yellow fever, or dengue fever in Connecticut, mosquitoes in our area are spreading two potentially deadly diseases right on our doorstep—East Equine Encephalitis (EEE) and West Nile Virus (WNV).

The Center for Disease Control (CDC) has noted an unprecedented surge in cases of EEE in the Northeast and Michigan, leaving health officials and the Connecticut Department of Health on high alert.  While EEE typically infects an average of seven people in the US per year, there have already been at least 27 cases and 10 deaths in 2019 —11 cases with 4 deaths in Massachusetts, 8 cases with 3 deaths in Michigan, 3 cases with 1 death in Rhode Island, 3 cases in New Jersey and most importantly 2 cases with 2 deaths in Connecticut.

While the two Connecticut cases occurred in East Lyme and Old Lyme, the Connecticut Agricultural Experiment Station recently trapped a mosquito that tested positive for EEE in the town of Shelton—the first time in ten years that the virus has reached Fairfield County. A total of 14 towns in CT have collected mosquitoes infected with EEE.

EEE, a rare but potentially fatal mosquito-borne arbovirus, can lead to encephalitis (inflammation of the brain) with symptoms such as disorientation, seizures, and comas in just three to ten days. This devastating virus has a 30% fatality rate, and many who survive suffer mild to severe brain damage. People over 50 or under 15 are at highest risk for severe infection.

This year’s wet spring and early summer contributed to favorable breeding conditions for mosquitos carrying EEE in their hardwood, swampy habitats. Dr. James Sabetta, Infectious Disease Expert and Chief of Staff at Greenwich Hospital, speculates that possible factors of this increased risk include that “humans (are) spreading deeper into forested swamp areas for recreation, (and that) climate change with rising global temperatures increases the mosquito population with mosquitoes surviving the winter in larval form if they remain in water and the temperature does not drop low enough to kill them.”

Dr. Sabetta also noted that “last year there were warmer, wetter conditions which resulted in many of the swamps never completely drying out.  Also the Aedes and Culex species which can transmit the virus to humans are expanding further North and West in the United States, placing more of the population at risk.”

Mosquitoes pose the greatest threat in the summer and early fall until the first frost because mosquitoes remain active until about 50 degrees. As there are few effective antiviral treatments and no vaccine to fight the virus, the best way to protect ourselves is to avoid mosquito bites and minimize breeding areas for mosquitos in our neighborhoods.

Michael Long, the Director of Environmental Services at the Greenwich Department of Public Health, suggests to not be “outdoors at dawn and dusk (peak hours of mosquito activity), to use insect repellents according to their directions, and to wear long sleeved shirts and pants when outdoors.” Local schools such as Greenwich Academy and Brunswick have recently dictated that athletic practices end by 6:30 PM to minimize exposure.

The CDC advises using an Environmental Protection Agency (EPA) approved insect repellent with DEET, Picaridin, IR3535, Para-menthane-diol (PMD), 2-undecanone, or oil of lemon eucalyptus (see EPA website for complete list/search tool). The FDA recommends that children under 3 not use lemon eucalyptus oil due to the possibility of eye irritation.

Although ponds have naturally occurring predators which control mosquito larvae, Michael Long notes that contractors for the Town of Greenwich spray 6700 catch basins (ditches next to roadways) from June to September with dehydrated bacteria which consumes the mosquito larvae and helps reduce the Greenwich mosquito population. 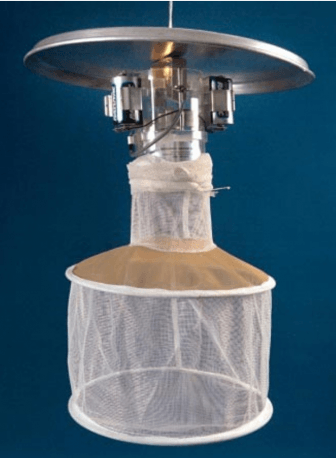 (image of light trap from CDC website ) – CDC light traps use dry ice which emits carbon dioxide. Feeding mosquitoes are attracted to the carbon dioxide and are pulled into the net by a fan connected to a dry ice thermos. These traps can yield as many as 30,000 mosquitoes in one night which can then be tested for viruses.

While EEE gains more media attention by the week,  West Nile Virus (WNV) still remains the most common mosquito-borne illness in the US. In 2019, almost 500 cases of WNV have been reported to the CDC; nearly 65% of these cases involved neurological damage like encephalitis or meningitis (inflammation of the membranes surrounding the brain and spinal cord) and 35% presented with fever only. WNV is so common that the virus is mentioned on most bottles of mosquito repellent.

With local Greenwich residents making winter vacation plans to Mexico, Caribbean and Central America, it is also important to know the risks of mosquito-borne illnesses in these countries and to take appropriate precautions.  Viruses such as Zika, yellow fever, malaria, dengue, and chikungunya pose threats to travelers. Information can be found on the CDC website (https://wwwnc.cdc.gov/travel). Dr. Sabetta offers travel advice and vaccinations at his practice in Greenwich Hospital.

Maybe Bill Gates who has donated over $1.6 billion to global efforts to eradicate malaria is right. Next time rather than Shark Week on the Discovery Channel, we should have Mosquito Week.

Protecting You and Loved Ones from Lyme Disease: The Snake in the Greenwich Grass