The young man was Blue’s dog walker. For three years he exercised the dog for Blue’s owner, an unsavory character in the South Bronx. 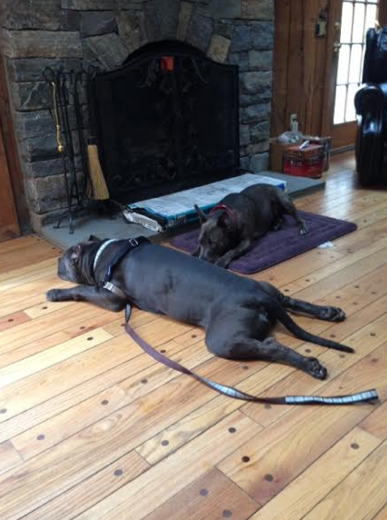 Blue and his new sister in Bedford, NY. Contributed photo.

The dog walker always kept an eye out for “Blue” who was often kept tied by the entrance to the roof of his South Bronx apartment building.  One day when the dog walker heard the owner had been killed, he was concerned Blue might fall into the wrong hands.

Finding Blue tied to the roof in the pouring rain, he brought him into his own small apartment where he lives with his wife, baby, cat, pet Poodle and visiting pit bull whose owner was away for an extended period of time.

After two weeks the dog walker connected with a Greenwich-based dog rescue volunteer and asked for her help. Tina agreed to do her best. 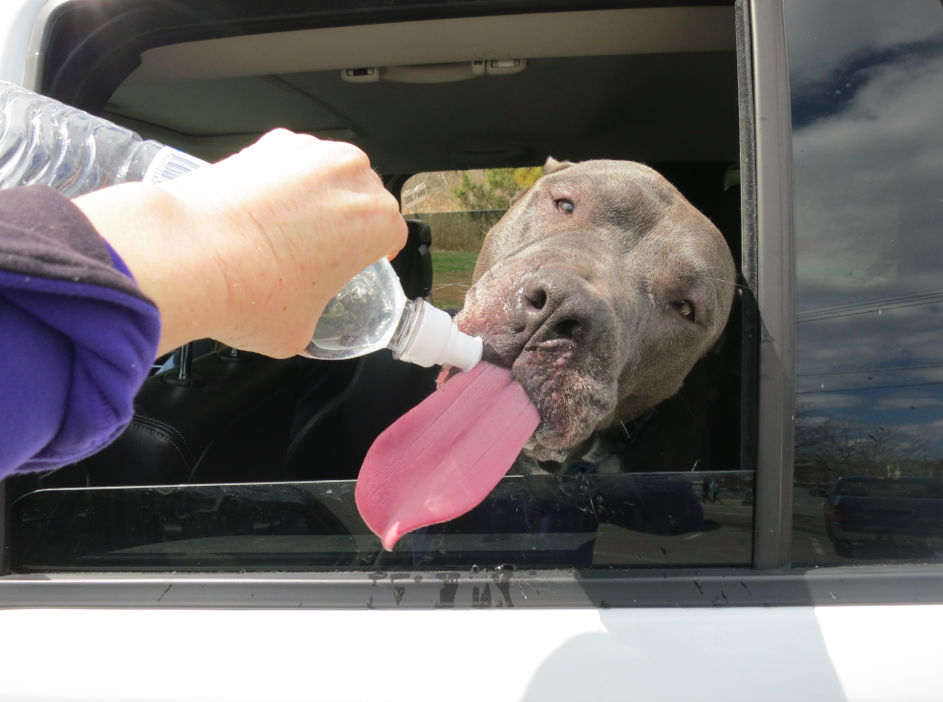 Blue felt right at home. He got along with his four-legged peers at the dog park in Grass Island, just as the dog walker said he would. And Blue kissed all the ladies at Pet Pantry. 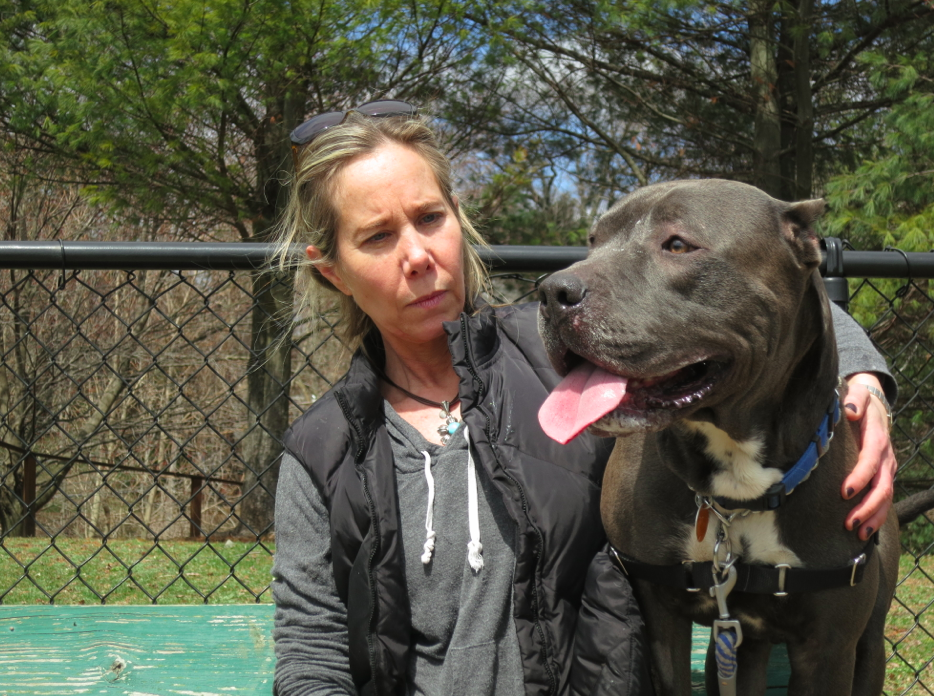 One family who read the story felt a pull. They live in Bedford, New York and their burgeoning family included a rescue pit-mix who needed a companion. They asked a lot of questions and agreed to take Blue on a trial basis. Everyone held their breath.

In the meantime, Tina received the following text from Blue’s dog walker:

“He’s lived his life mostly on a building roof tied to the door in a projects building when it rain he got wet sad I had to pick him up and see how he was living I hope he gets a huge house he deserves thank Tina for all your help godbless.”

The news everyone has been waiting for is that Blue now resides on five acres with the family in Bedford. He lives with three children, two cats and a sister pit-mix who loves his company.

Reached by phone Monday night, Tina, the Greenwich dog rescue volunteer was overjoyed. “This is why I do rescue,” she said.

Greenwich Free Press will continue to feature one or two adoptable dogs each week, and we thank all readers in advance for making the effort to share the posts on social media. It works.