Jamie Yee, a rising junior at Greenwich High School returned from a 12-day trip to Puerto Rico with her eyes wide open.

Jamie, who has always loved animals, participated in Broadreach’s “Introduction to Veterinary Medicine program,” which included time spent shadowing veterinarians and a two day visit to a manatee center.

“They’re on the endangered species list,” Jamie said of the manatees. “Unfortunately they often get caught in propellers.” 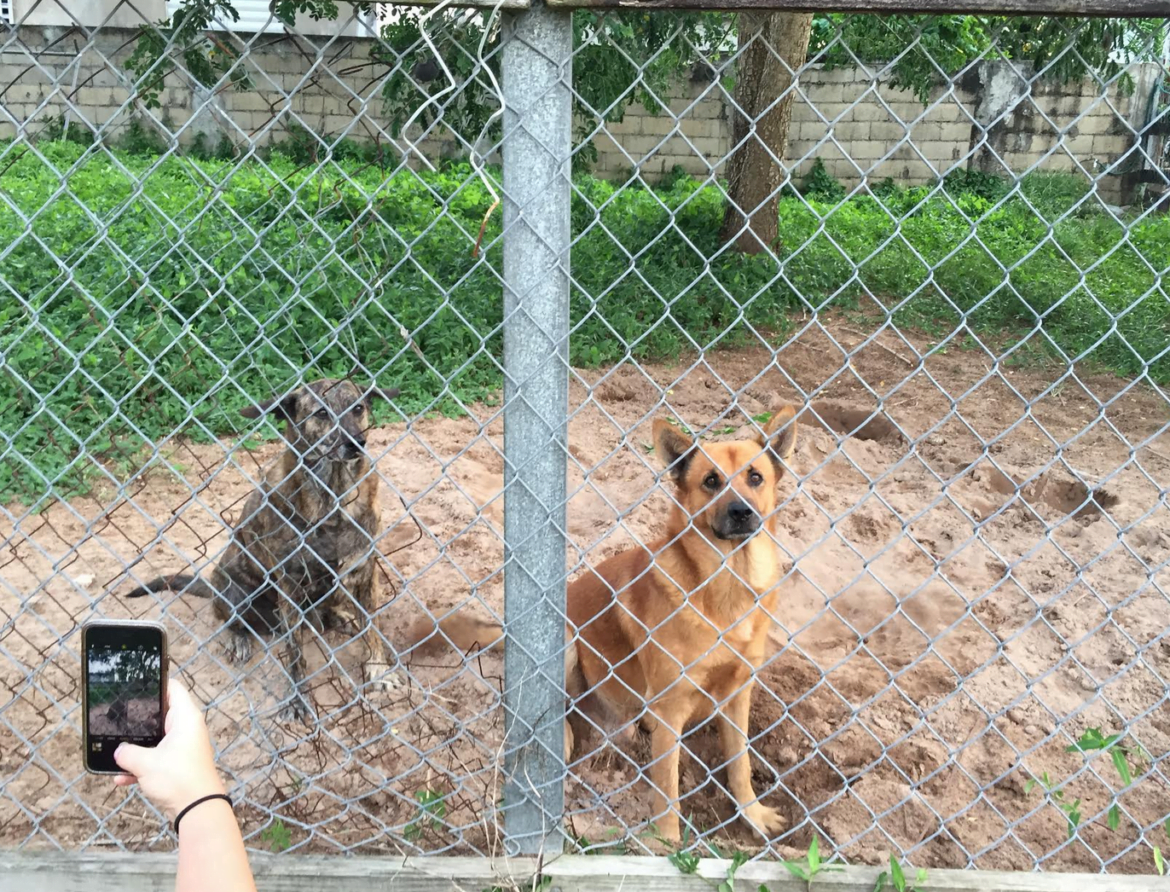 But mostly, Jamie will remember the countless stray dogs and cats. In fact, her cell phone was replete with photos of the homeless animals. Though her group, comprised of high school upperclassmen and two instructors, were advised not to feed or touch the strays, there were times it was impossible to resist sneaking them something to eat.

“There’s a lot of stray dogs. One of the first things I noticed is there are dogs and cats just roaming in the streets, they are emaciated – so skinny,” Jamie said. “There are a lot of them on the beach and when we were at a restaurant, dogs would come by. At least they still have rescue centers, including Arf of Rincon, a shelter that rescues stray dogs.”

Jamie said that when she traveled with her family to Cuba there were no shelters for strays.

“My dad used to tell me you can tell how developed a country is by how they treat their animals.” – Jamie Yee

“People would sell newborn puppies in cages in the streets. I saw way more strays in Cuba. We walked in old Havana where there were a lot of souvenir shops, and dogs and cats would just pass by.” 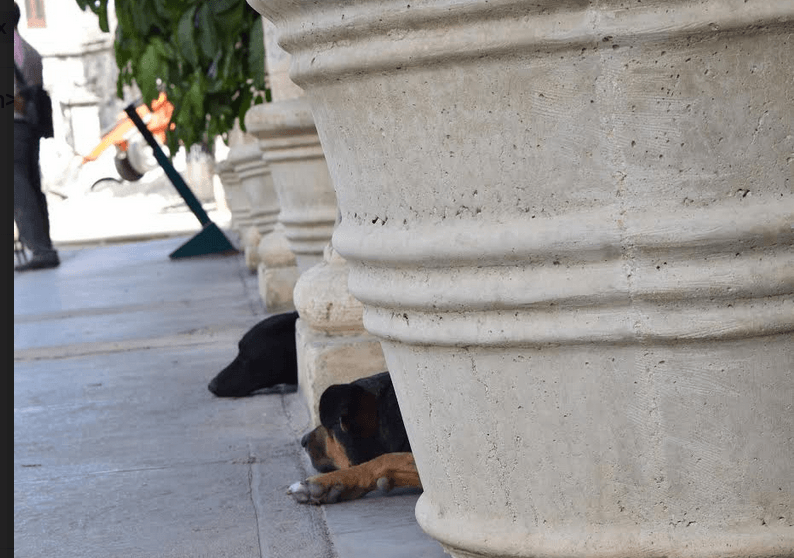 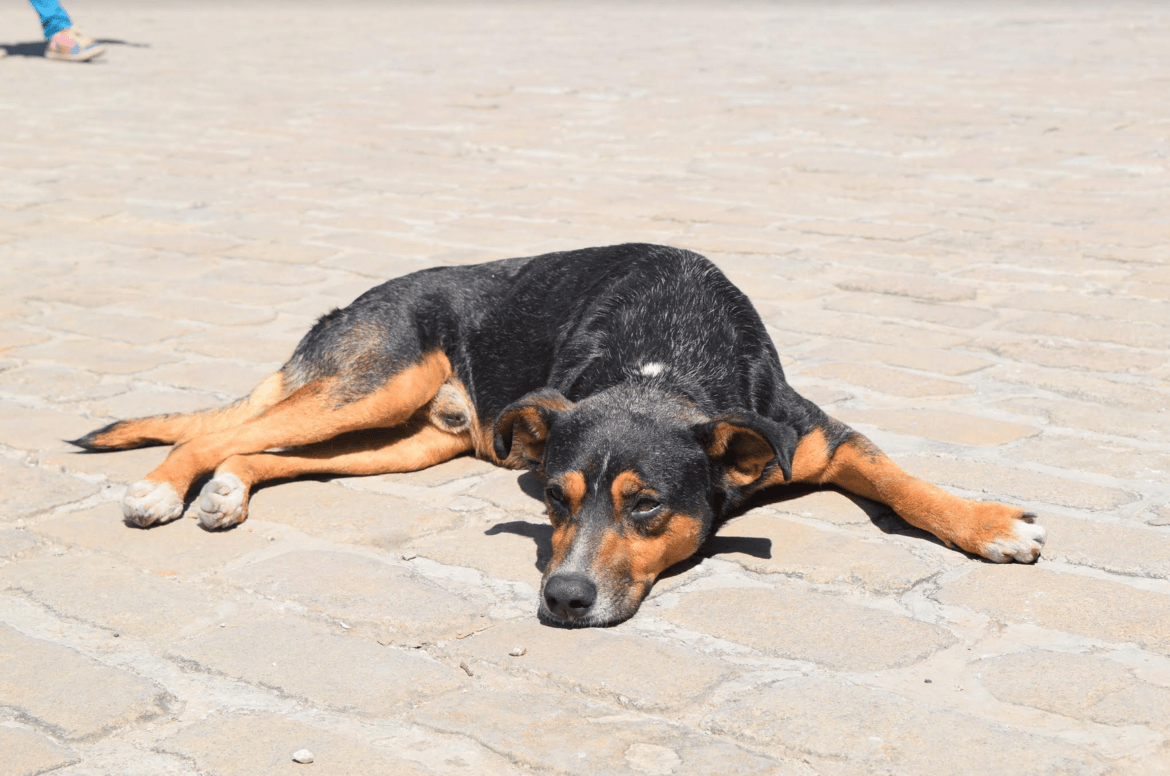 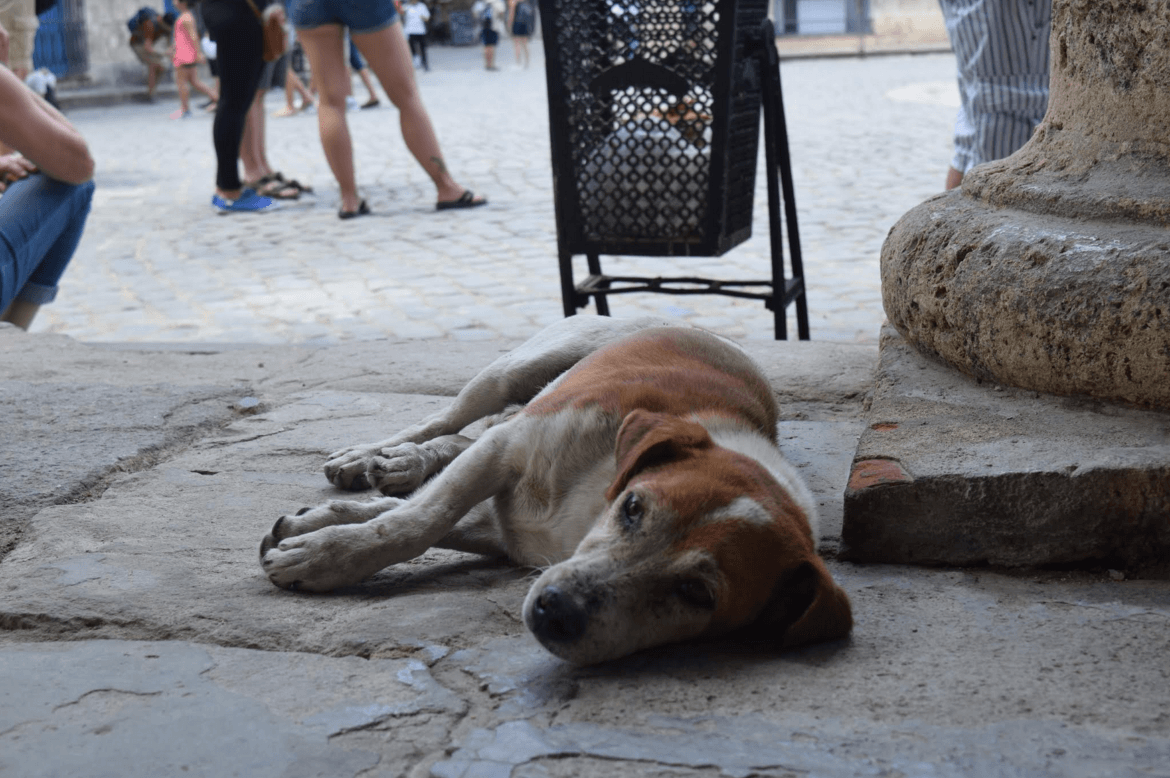 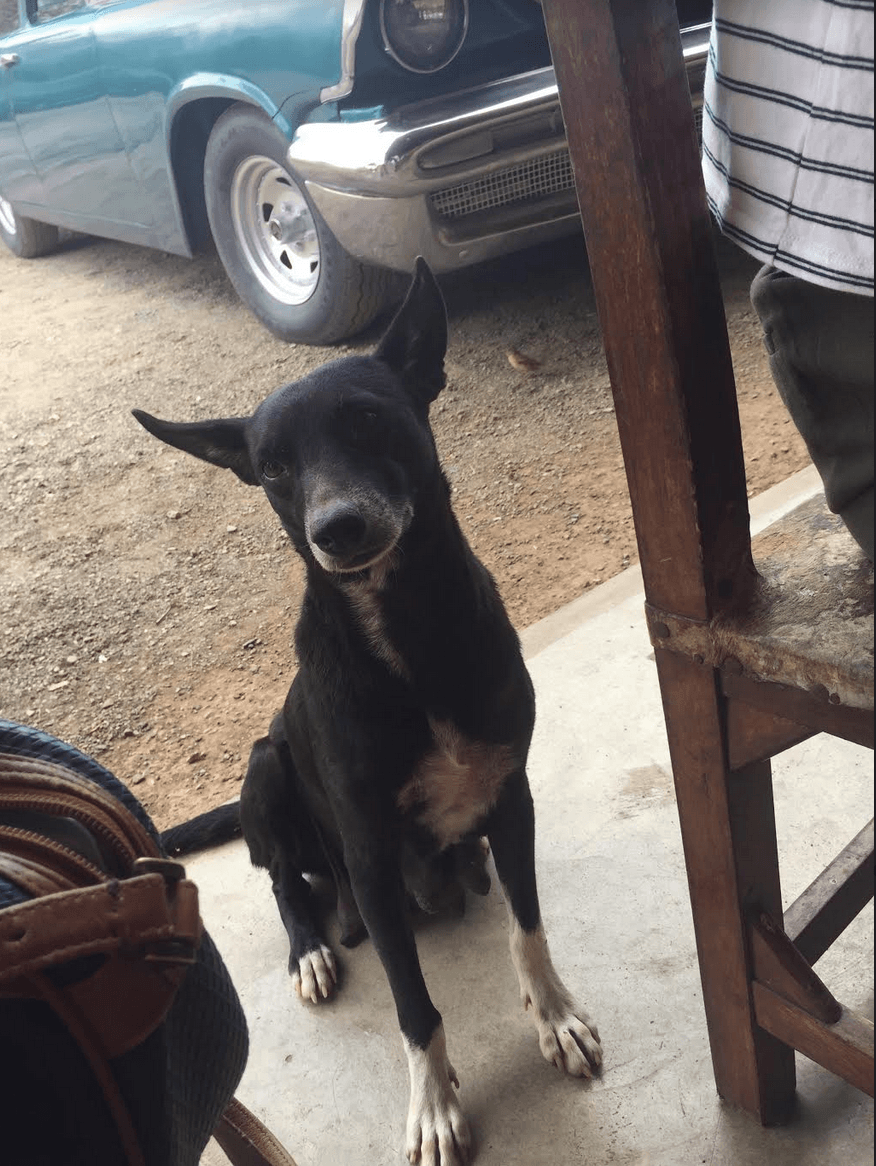 A dog who had recently had puppies hoped for some food at a restaurant in Cuba. Photo: Jamie Yee

“In Puerto Rico, they are working on their stray dog problem, but Cuba, probably not,” Jamie said.

In Puerto Rico the Parvo (Canine parvovirus) problem is bad, Jamie said, particularly because of the warm climate there and because unvaccinated dogs can easily contract the highly contagious infection from the streets.

“A lot of times a dog will catch it and die, but it’s so contagious that people track it into their house on their shoes and not realize it’s still in the house,” she said. “Then they get another dog and it can catch it and die too.”

Jamie, who was able to practice her Spanish during the trip to Puerto Roco, said the experience furthered her potential career interest. Indeed, she was pleased to discover she was not squeamish when she observed veterinary surgery.

Also, she said the advice she received about a path to becoming a veterinarian is to focus on math and science.

“They said, ‘Keep those grades up.’ They told us math and science skills will take you into college and it’s a segue to vet school, which is four years long.” 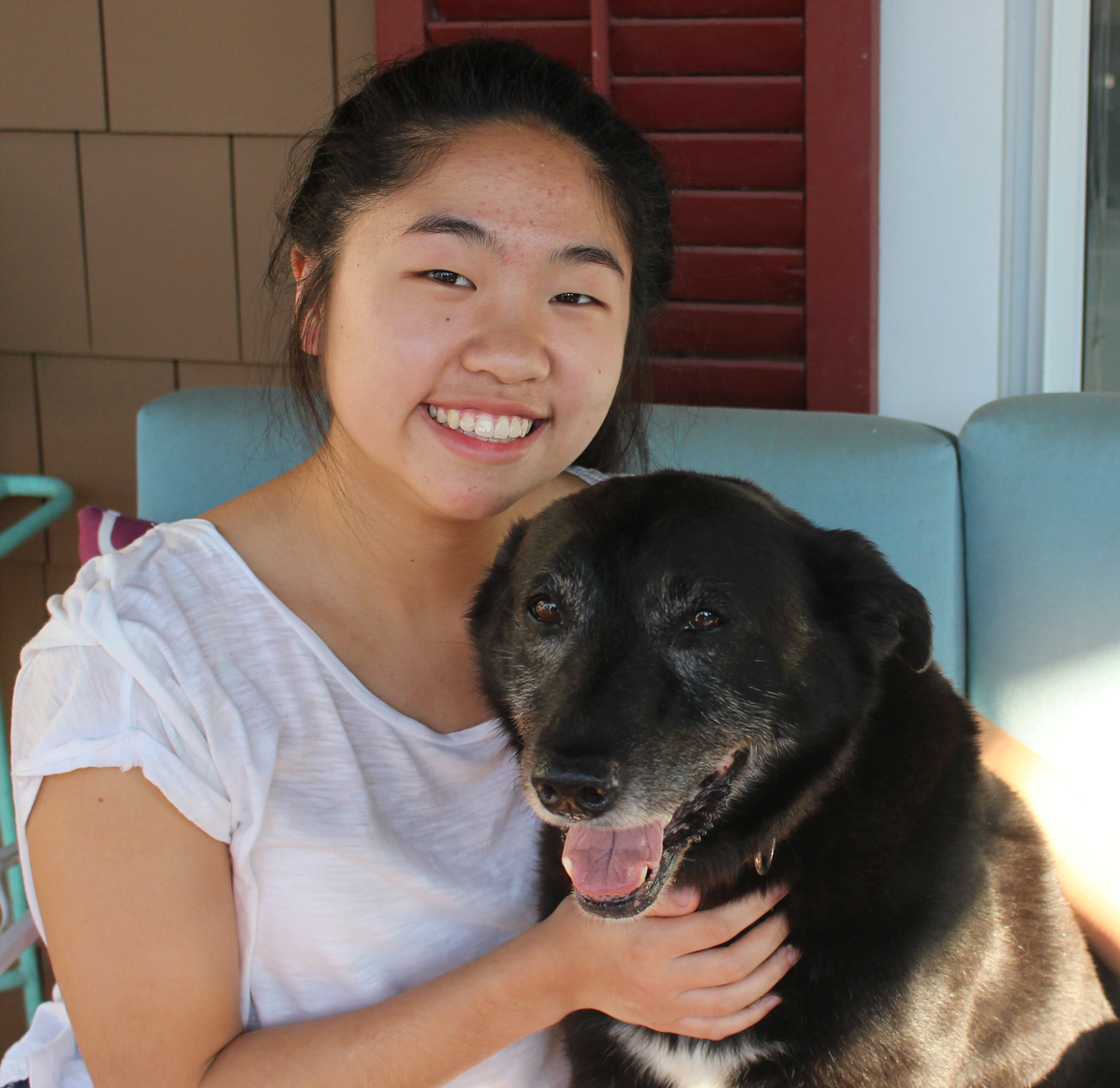 Jamie said her group got to meet author and animal trainer Terrie Heyward, who has worked with wolves, guerillas, horses and pigs, but specializes in dogs.

“She said the hardest species to work with is humans,” Jamie said. “She’s all about positive animal reinforcement. She talked about training dogs using clicker training.”

“Also, we did target training with horses,” Jamie recalled. “You take a Frisbee, and if the horse touches it with his nose, we click and then give him a treat like mango or apple.” 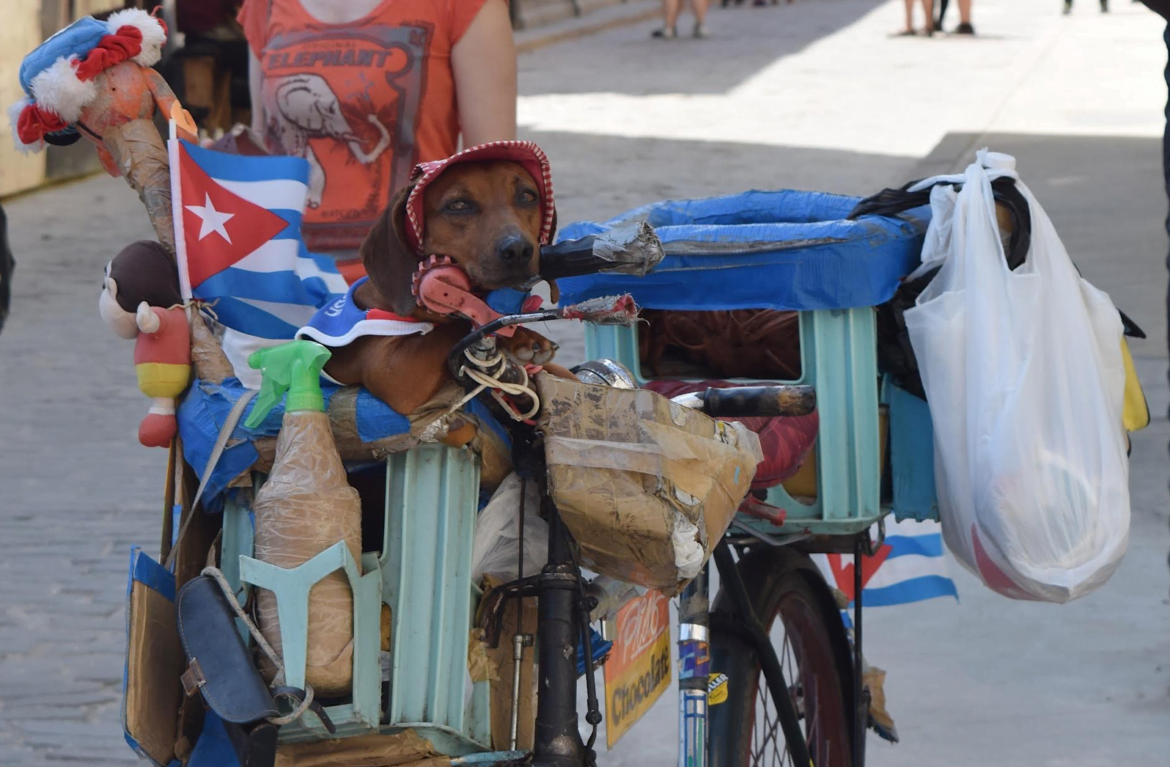 In Cuba, Jamie photographed one person who had taught his dog tricks to do for tourists to earn money. Contributed photo: Jamie Yee

Back home in Greenwich, Jamie enjoys dog sitting for neighbors. “Dogs are therapeutic,” she said, adding that two dogs she looks after offered good company when she was studying for final exams. “They’re good company.”

“We have had a lot of fish and rabbits at home,” Jamie said. “But no dogs. Now we have two bunnies, male and female, named Thunder and Joey. They wander around the house. We have a wood block in each of their cages, and they have a littler box they figured out really fast how to use.”

“I would love to get a rescue dog,” Jamie said. “Why would you get a dog from a breeder when there’s millions of dogs that need homes? I like all dogs, especially big dogs.”

“The longer I don’t have a dog, the more I’m itching to become a vet and get a dog,” she said.