YWCA Greenwich celebrated eleven honorees at its 41 st BRAVA Awards event on Friday at the Hyatt Regency, Greenwich. Established in 1977, YWCA Greenwich BRAVA Awards recognize accomplished female professionals who are acknowledged leaders in their fields for their mentoring of others and their commitment to both philanthropy and community involvement. This year, the organization honored the next generation of women — two students from Greenwich High School — who are already exhibiting professional leadership and are committed to making their community a better place for all.

“It’s hard to remember a time when the mission of the YWCA – eliminating racism and empowering women – was more relevant or more urgent,” said Mary Lee Kiernan, President and CEO, YWCA Greenwich. “Now, more than ever, we must recognize this next generation of female leaders and work to support their ideas, encourage them to take chances, and mentor them in every step of their journey to adulthood,” 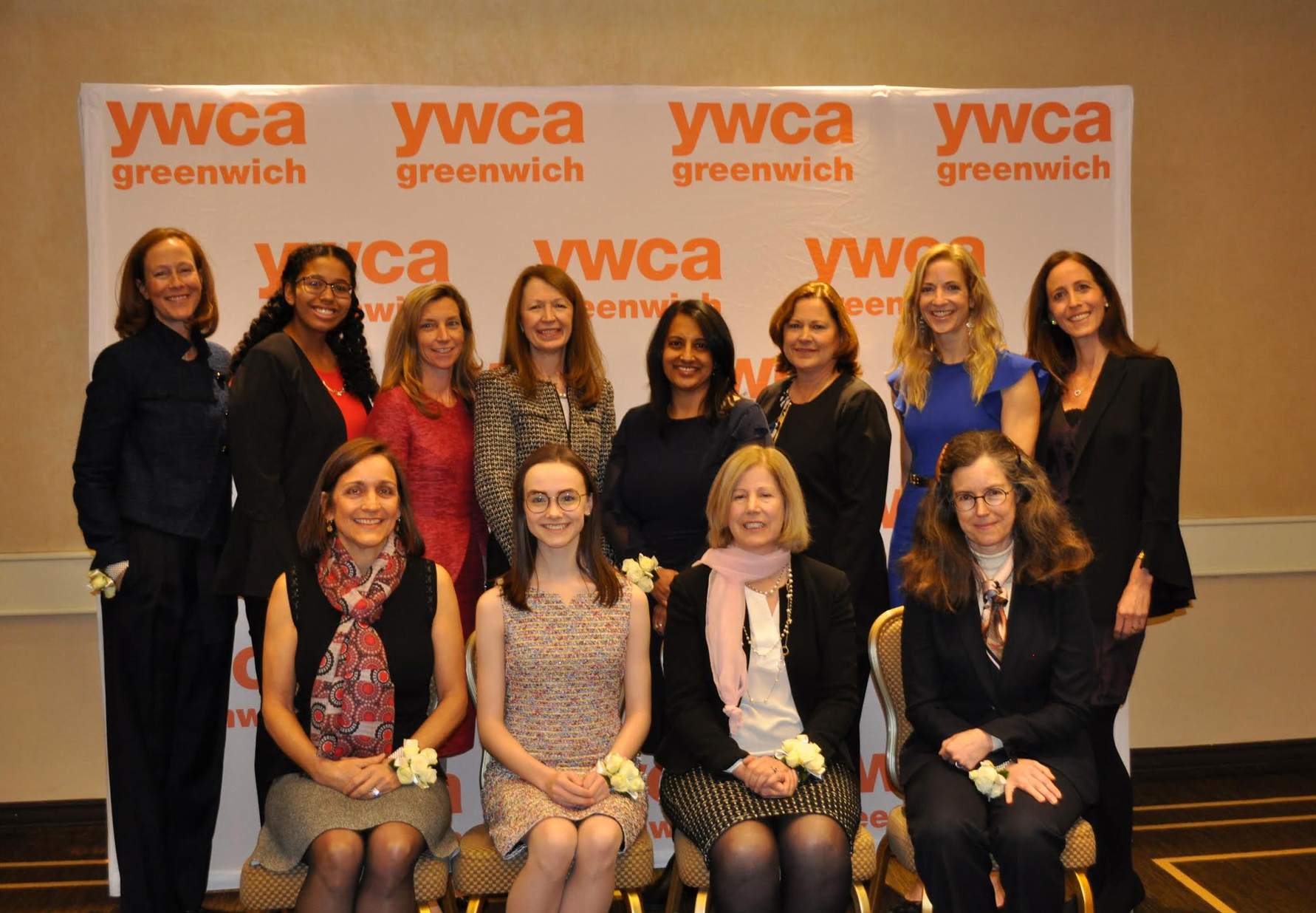 The proceeds from today’s event will help to ensure that YWCA Greenwich can continue to provide free domestic abuse services to anyone who reaches out to them. In addition, the proceeds will also help in providing much needed scholarships for all of the YWCA’s children’s programs, as well as fund the organization’s mission-focused initiatives in women’s empowerment and racial justice programs, like the standing-room only panel discussion held at the YWCA last week about human trafficking and how to fight modern slavery.

Girls Who Code Club at GHS is Inclusive, Ambitious