On August 14, 2013 a small faint white dwarf star went Nova. Located 13000 light years away in the constellation Delphinus, it was discovered with a small telescope by an amateur astronomer in Japan.

Novae of this type occur when a small white dwarf star pulls gas off of a large close companion star. The gas builds up on the white dwarf star until it reaches a critical limit and explodes. The star remains intact, but the exploding gas transforms the faint star into a brilliant star for several months. Designated Nova Delphini 2013, the white dwarf brightened nearly 100,000 times making it visible from our distant location. 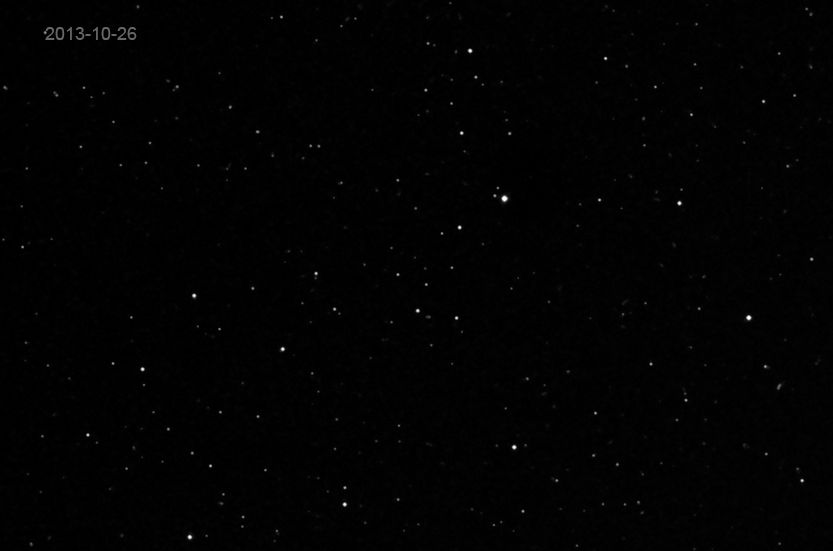 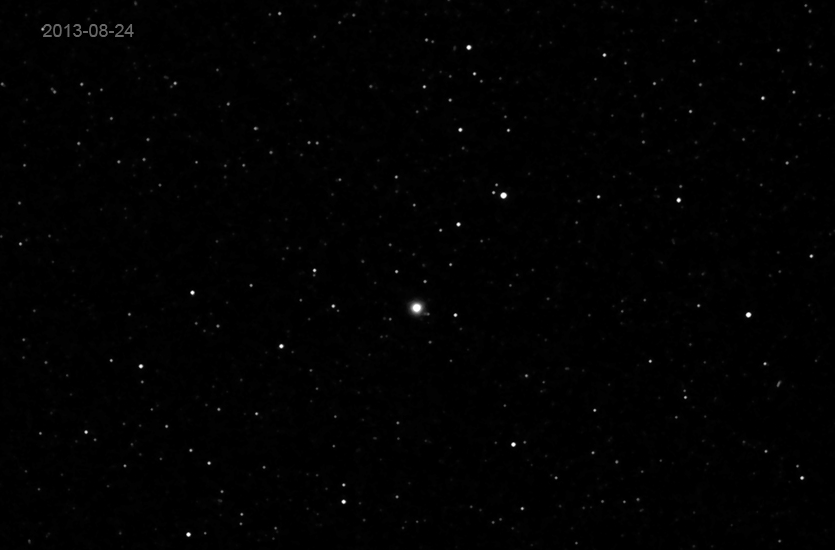 I took a picture of Nova Delphini 2013 on August 24th just after it reached maximum brightness. I took a second picture after it had faded on October 26th. The two pictures are attached to this email.  I plan to image Nova Delphini 2013 a third time this fall. Stay tuned.