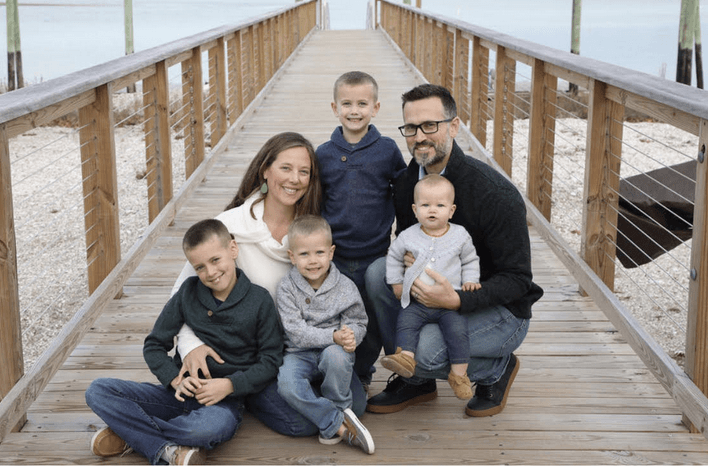 The First Congregational Church of Old Greenwich is pleased to announce the call of Reverend Patrick Collins to be its new Senior Pastor at a special meeting of members held after worship on Sunday, December 1.

Reverend Collins has served as Associate Pastor at First Church since September 2016.

“First Church is a dynamic and creative congregation with a history that dates back to the founding of Greenwich. I am thrilled by and deeply appreciative of this call. I look forward to building a community grounded in an open, inclusive and thought-provoking faith,” said Reverend Collins.  “I am particularly excited to take on this role as we enter into the busy season of Advent and I encourage everyone to explore all the activities, programs and services planned at First Church.”

Rick Derr, Chair of the Church Council at First Church said, “The love and support that Patrick has among the congregation was in full view yesterday during our meeting to call him as our Senior Pastor. We are excited to have him take on this new role and to build on his vision for First Church.”

A Nebraska native, Reverend Collins graduated in 2003 from Nebraska Wesleyan University, where he majored in Psychology and earned two letters as part of the football team. He then went on to the University of Missouri, where he received a Master’s degree in Counseling and Sport Psychology in 2005. From 2005 to 2012, Patrick served as the Director of Youth Ministries at Countryside Community Congregational Church in Omaha, Nebraska.  In 2016, he completed his Masters of Divinity degree with honors at The Iliff School of Theology in Denver, Colorado.

Patrick is married to Kate, a physical therapist, and they have three boys, Emmett (9), Micah (6) and Jonah (3), and a daughter, Norah (14 months).  The Collins family has become deeply involved in the Old Greenwich/Riverside community since their arrival in 2016.  Patrick has coached flag football and baseball and is a Den Leader in Cub Scout Den 3 and Kate has served in numerous volunteer roles at Old Greenwich School.