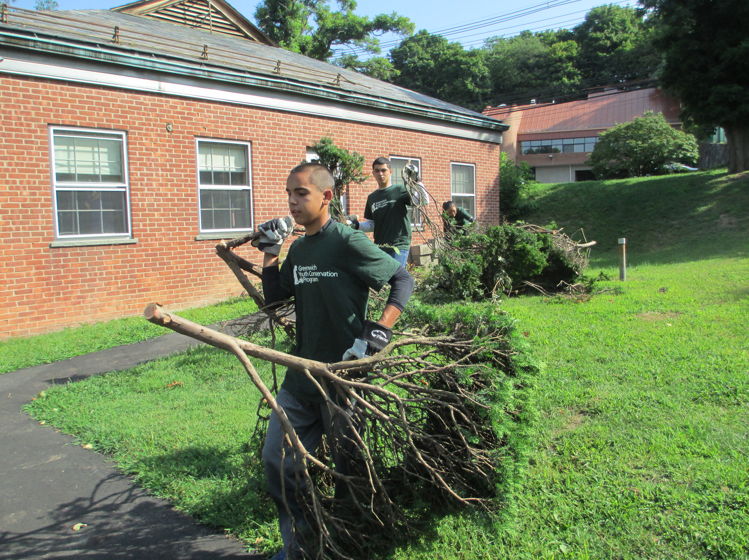 Twenty-eight members of Greenwich Youth Conservation Program (GYCP) were hard at work last week helping to redesign an area of the Glenville Green next to Greenwich American Legion Post.

These local teens, aged 14 and 15, make a difference in the Greenwich landscape while gaining valuable first-job experience. 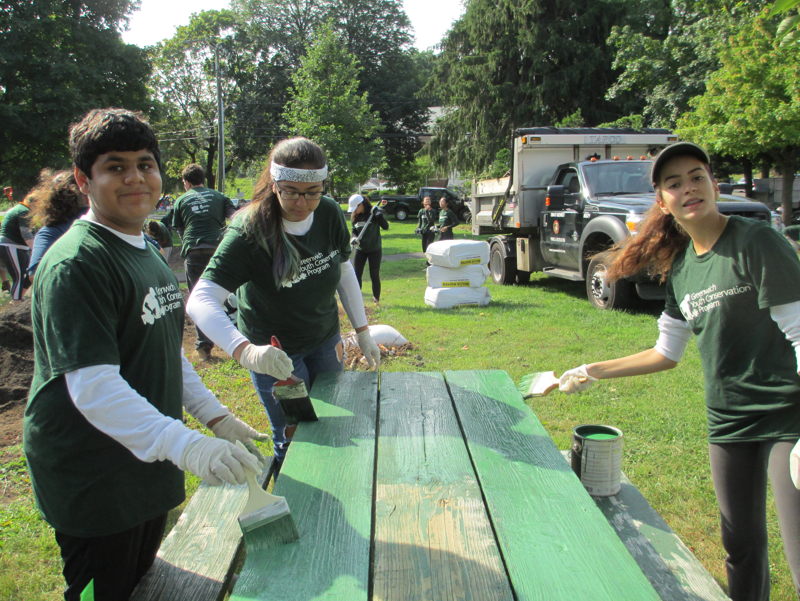 “Look at their strong work ethic,” said Bruce Spaman in the release. “This space wasn’t conducive to public use. Now people will be able to come over and have lunch or relax here,” he said. Spaman is Superintendent, Parks & Trees Division of the Greenwich Department of Parks and Recreation which runs the GYCP along with the Department of Social Services. 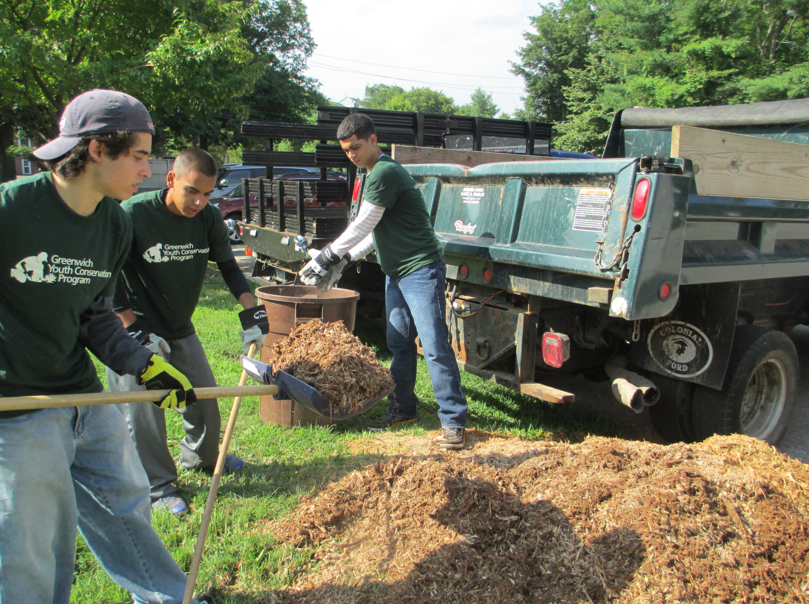 Since June 23, 112 Greenwich 14-15 year-olds have participated in two-week work sessions. The teens must apply and interview for a spot with the GYCP.

In addition to conservation work, the teens hear presentations from professionals during their afternoon breaks. The talks cover important teen topics such as cyber-bullying, standing up to peer pressure and community resources such as Kids In Crisis. 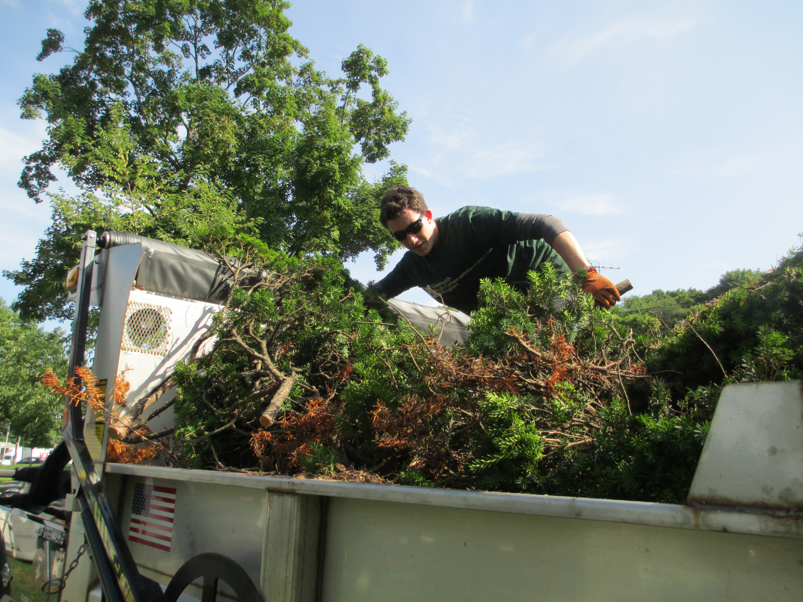 “It’s a really well-rounded program, and the kids can use this experience to create future success,” said Dinora Hernandez in a release. Hernandez is a GYCP graduate who now, in her twenties, works as a supervisor for the program.

Sponsors and private donors make it possible for each teen to receive a $225 stipend for their work.

There are also many private donors. 2014 marks the GYCP’s 36th year of “Teens Working for a Greener Greenwich.”