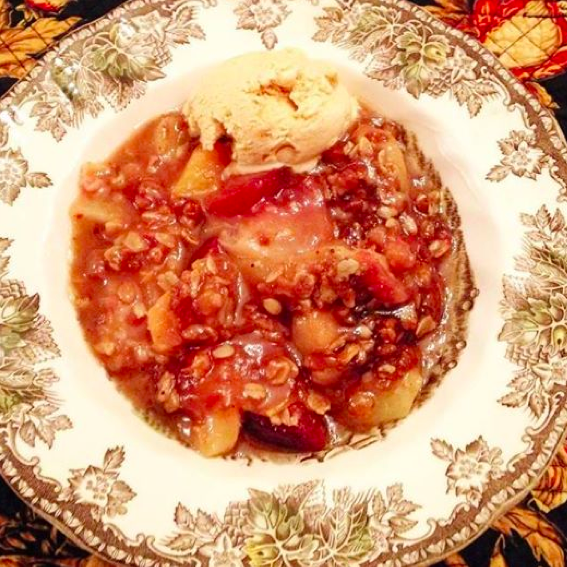 This easy dessert captures summer perfectly. It’s important to let the crisp cool enough so the ice cream doesn’t melt immediately, but rather melts and mingles slowly with the peach and plum juices, making its own delicious sauce. If you happen to have any crisp left over, it is delicious layered with plain yogurt for an indulgent breakfast parfait.

Preheat your oven to 375 degrees. Place sliced peaches and plums in a 2-quart baking dish.

Sprinkle topping over peaches and plums.

Place in oven for 40 minutes until peaches and plums are tender and topping is golden.

Remove from oven and cool slightly. Serve with ice cream.