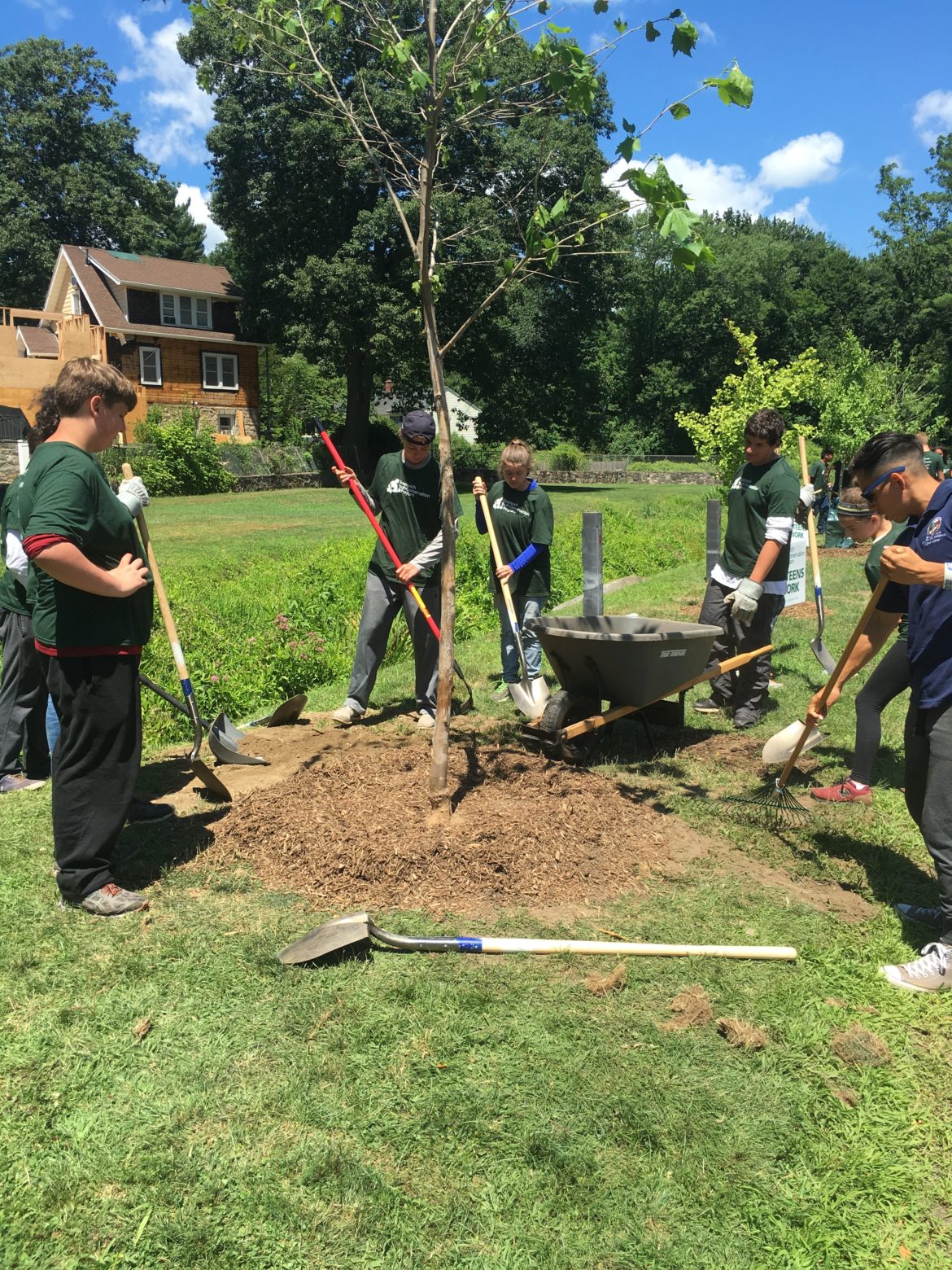 The GYCC is a two-week long summer work-and-learn program for 14-15 year old’s, during which they help upkeep the Town’s properties.

Teens do conservation work from 8:00am to 3:30pm, mostly at public parks or beaches, doing whatever needs to be done to make the outdoors flourish. Sponsorship Day is when sponsors, both public and private, of the GYCC program are invited to come interact with the working teenagers, who each get paid a stipend of $225 for 9 days of work. 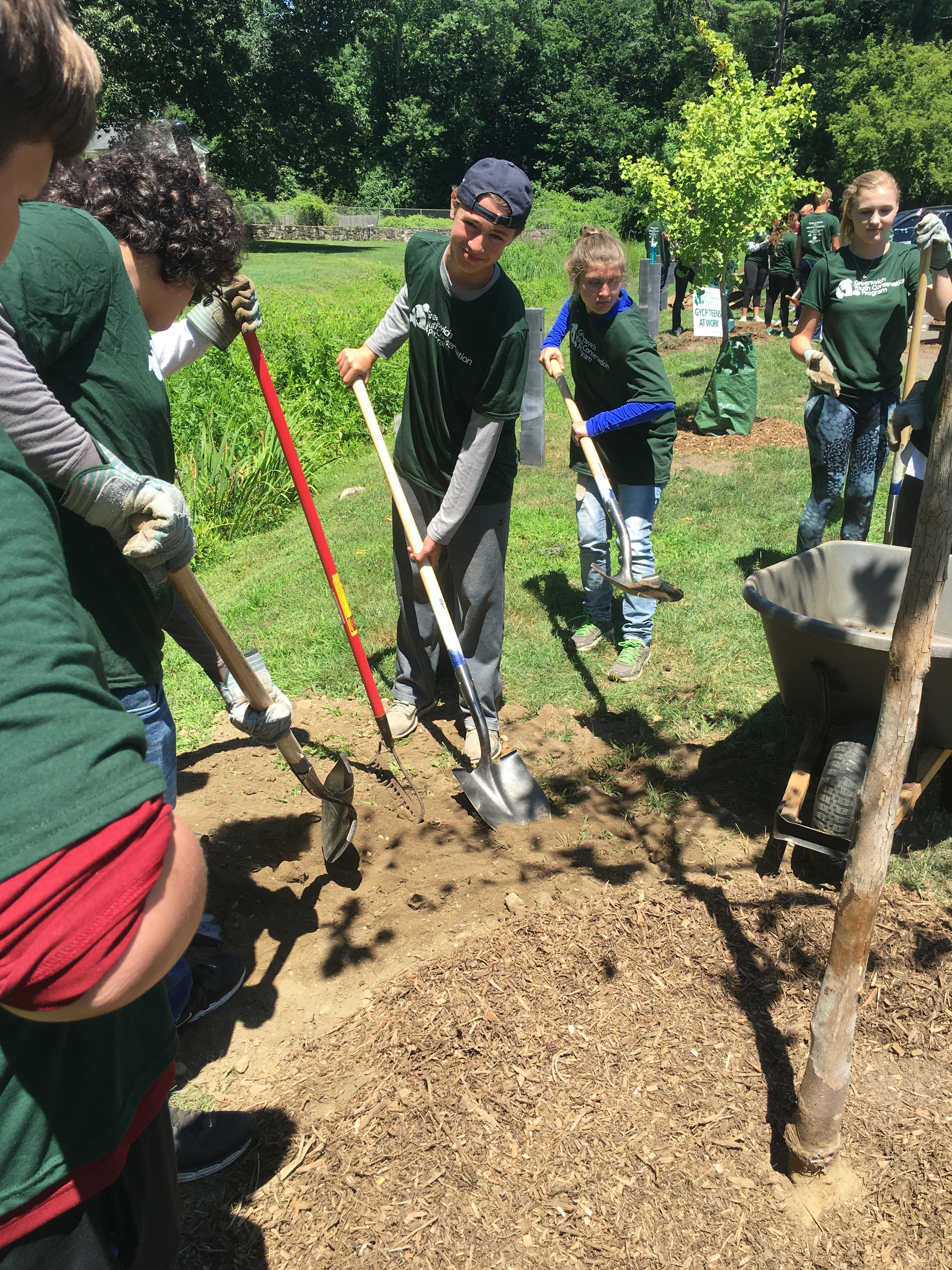 On Tuesday, the group of 28 teens planted trees for the day at Bible Street Park.

“Teens work on town properties during the morning, and they do conservation work outside,” said Christina Nappi, the director of the program. “So today, they are planting trees, sometimes they are removing invasive plants or clearing pathways. We are receiving job requests from the Parks and Recreation department. The department of Social Services administers the program. The teams are in groups of 28, and after they are hard at work in the morning, they break for guest speakers in the afternoon.”

These guest speakers vary; sometimes it may be a worker from Kids in Crisis or a job coach talking about future resumes. Additionally, the program tries to accurately represent the work world because the volunteers come from all over town, and they learn what it is like to be in a real job. They need to show up on time, bring their own food, and cooperate with others. 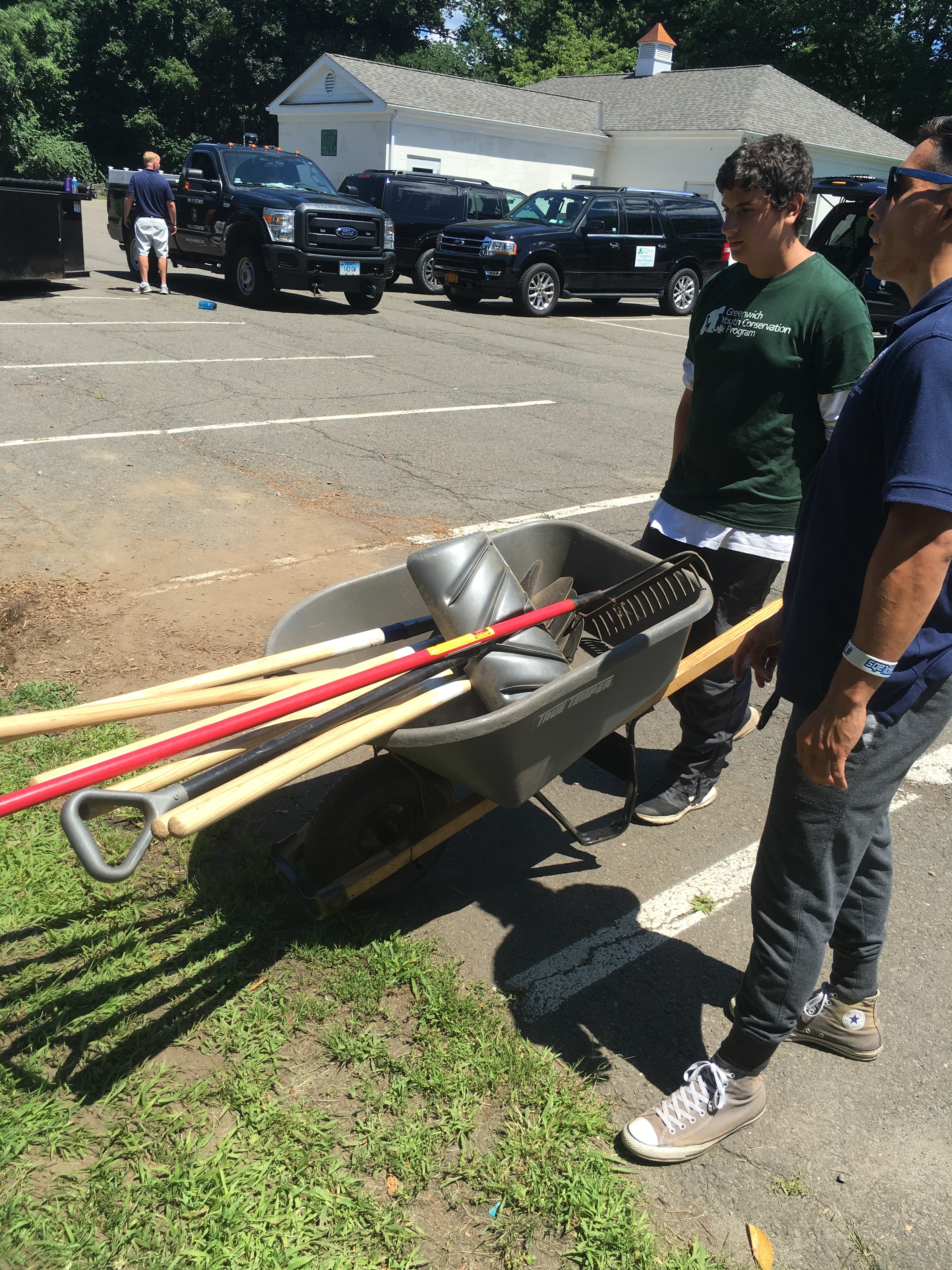 Each teen has to complete an application and a group interview with no more than 10 students at a time. Again, it’s modeled after a real-world job interview. The GYCC received over 200 applications this year, and had to wait-list over 50 candidates.

When asked what the most important take-away from the whole program is, Ms. Nappi said, “Overall, the sense of accomplishment that they’re getting. Their working in their own town and they’re seeing a difference. It’s so valuable for the Town to have them working.”