Steven Sudell is a 13-year-old student at Western Middle School, who is also my cousin.  After many trips to the doctor complaining of headaches and stomach aches, Steven was sent to Greenwich Hospital for a CTscan, where a mass was found on his brain.

Testing at Yale New Haven Children’s Hospital showed a tumor.  Weeks later it was revealed that the tumor was cancerous.

After surgeries to remove the tumor, doctors at John’s Hopkins in MD began working with the doctors at Yale to determine treatment.  Now Steven is facing radiation treatment and it will be determined whether he needs chemotherapy.  Throughout this, Steven has maintained a positive attitude.

On Saturday May 20, many of Steven’s friends turned out for an event billed “Skate for Steven,” which was put together by Vinny Gangi. The event, which featured roller skating,  raised money to benefit him. 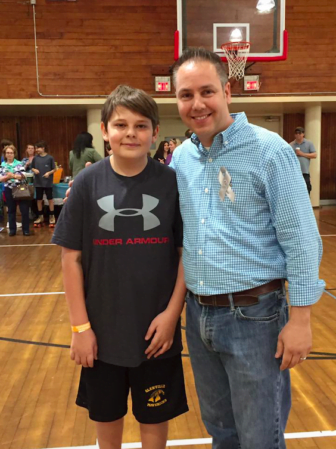 Pizza from Bella Nonna, and chicken nuggets and fries from Chicken Joe’s were available for everyone.  There was a bake sale and many prizes were won from the raffle.  Donations were made to benefit Steven as well.

At the end of the day, Steven was mostly happy because he was able to see a lot of his friends from school.  This was seen throughout the day as he happily skated around for the whole event despite what he is going through.  Steven often used his roller blades at home, so he was very familiar with skating.  He had a smile on his face for the majority of the event. 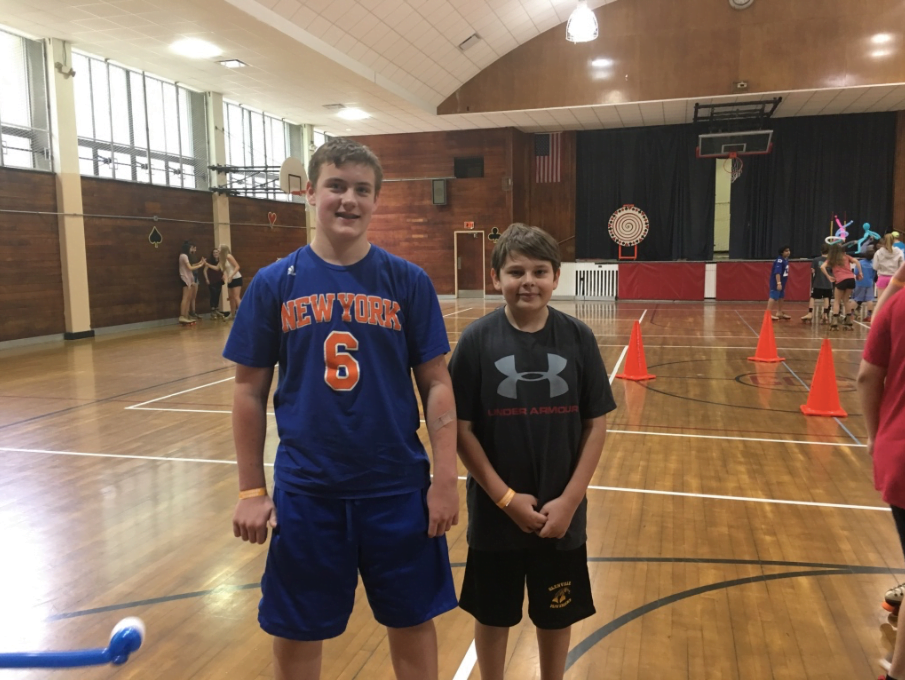 Steven Sudell is a bright kid who doesn’t deserve what he is going though right now.  Saturday’s event at the Eastern Greenwich Civic Center was a success and gave Steven a day to have fun.  Him and his family appreciate everyone who came to the event.