At Greenwich Animal Control, a cat named Simon is recuperating from major surgery, but you almost wouldn’t know from his disposition and energy that a week earlier he nearly lost his life.

Simon was likely hit by a car and had multiple fractures when he arrived at Animal Control just before Christmas.

According to Suzanne Carlin, an officer at Greenwich Animal Control, a firefighter based out of the modular building across from the Boys & Girls Club found the badly injured cat that Animal Control would later name Simon.

“He was found right close to the highway and the railroad tracks. And Belle Haven. It’s a puzzle,” Carlin said.

The firefighter put the cat, who was in a great deal of pain, in a cardboard box and brought him up to the North Street facility.

“We were advised by dispatch he was bringing a cat here,” ACO Carlin said. “We scanned him for a microchip as we do. Nothing came up.”

Carlin said that while Greenwich Animal Control typically bring cats and dogs to Rippowam Animal Hospital in Stamford, Simon needed the care of an Orthopedic Specialist.

“They x-rayed him and found fractured tibia,” Carlin said. “They learned with further diagnosis he had a bilateral FHO fracture repair.”

In all, Simon had fractures on his tibia, back leg and hips.

“We had to make a tough call,” Carlin explained, noting the surgery was expensive. “He wasn’t even legally ours when we decided to pay for the operation.”

By law, Animal Control must wait at least seven days for an owner to come forward before adopting out a stray cat or dog.

In Greenwich, a non-profit organization Shelter Our Strays, or SOS, the group that raised funds to build new Animal Control facility that opened in 2010 on North Street, have some funds for extra medical care for strays.

The Animal Control Officers reached out to SOS seeking funds for Simon’s surgery, and were delighted with the response. 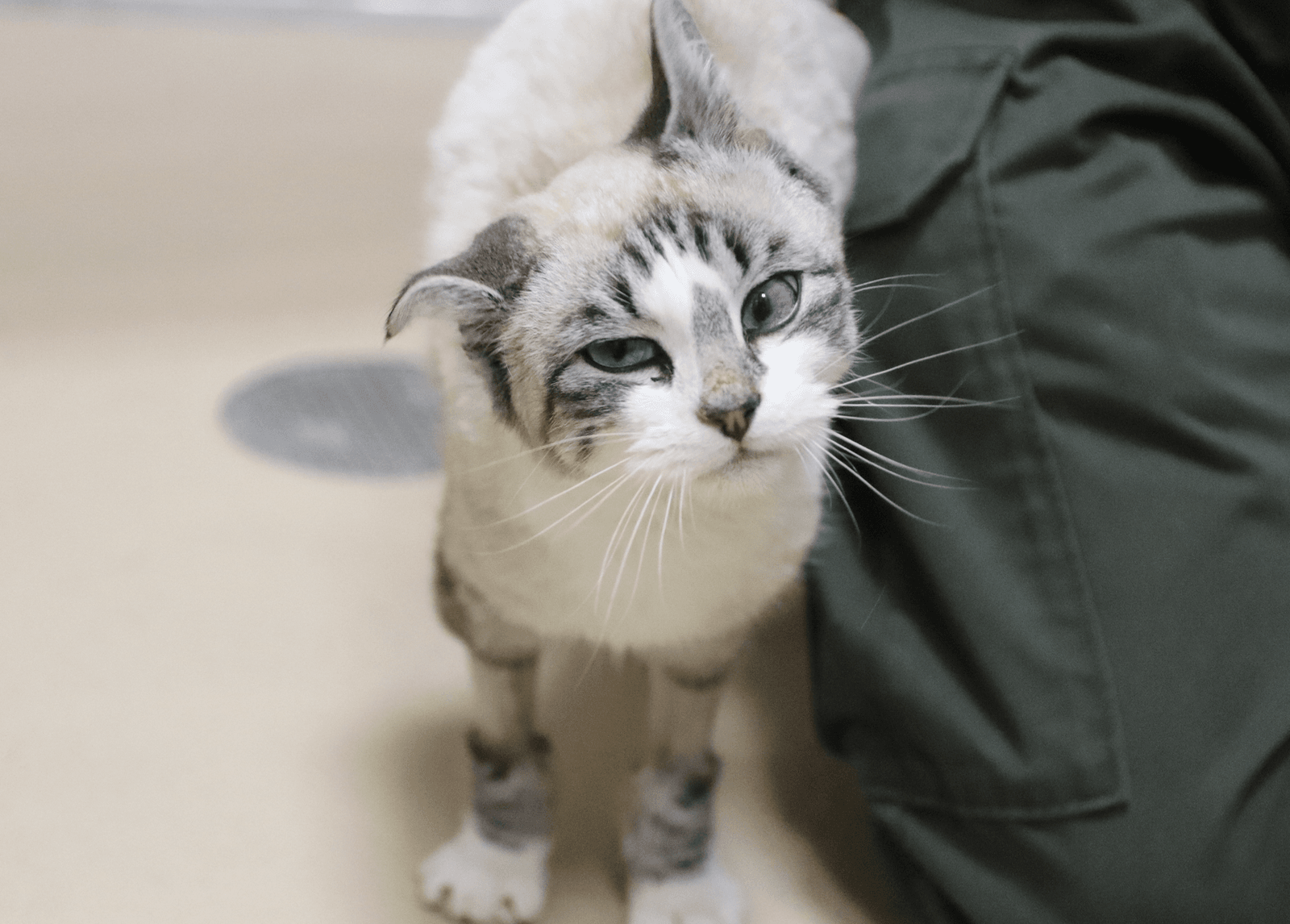 “He needed surgery or be euthanized,” Carlin continued. “This cat was in really rough shape, and we didn’t have a known owner. We can’t do this for every animal.”

“The doctor was optimistic about the surgery,” Carlin said.

Simon has the most beautiful face and pretty blue eyes that are outshined only by his super friendly and affectionate personality. 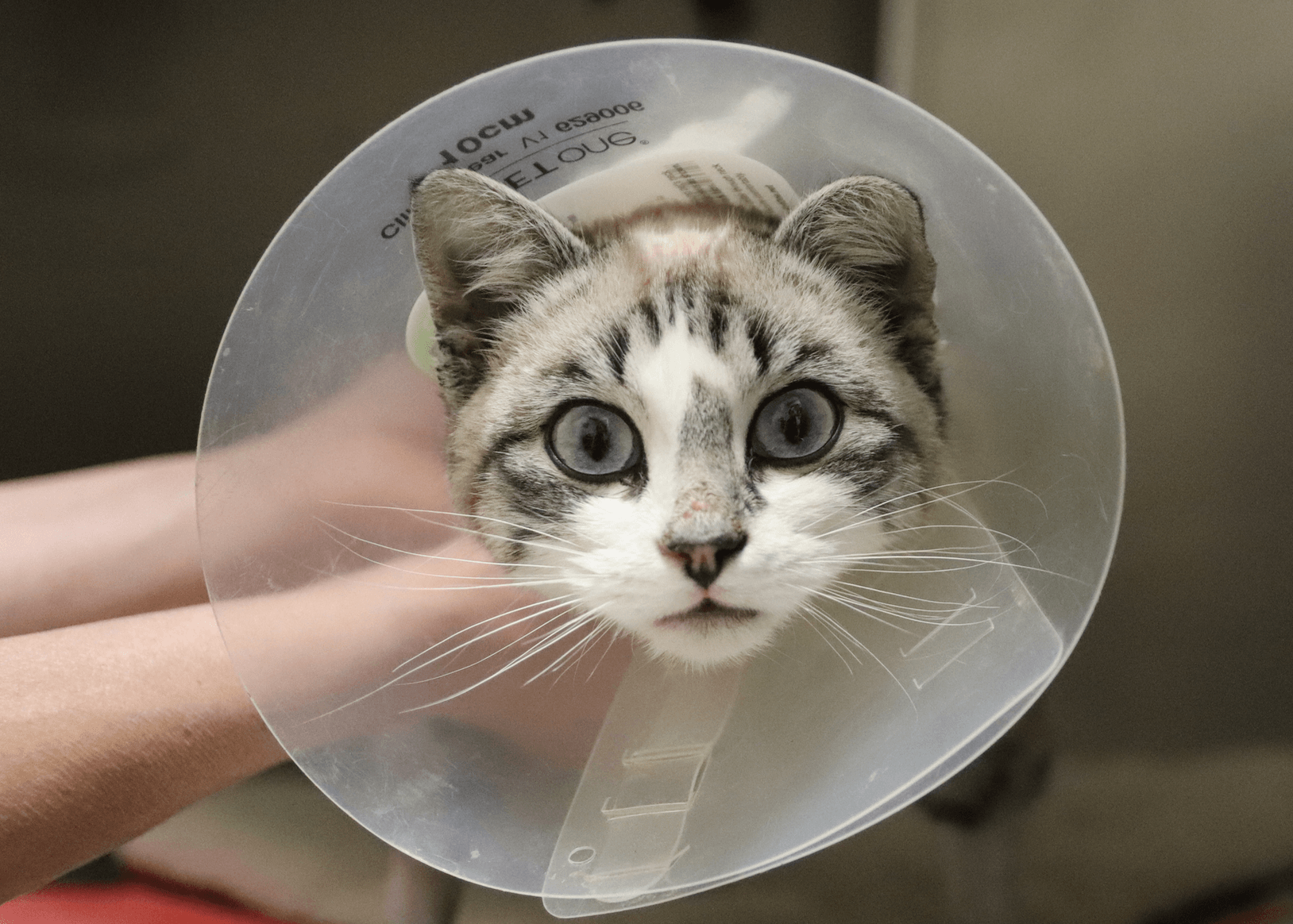 Right now Simon needs to take it easy while he recovers, but when the officers took off his cone for lunchtime, he was eager to play.

That will have to wait a but, but Simon will be up for adoption once he recuperates.

“He’s a fighter,” said ACO Stacy Rameor.  “He is definitely recovering. It’ll be about a 4-6 week recovery.”

Simon is not alone at Animal Control. There are also other juvenile cats including several gray cats. Three of them are siblings. Also, Tonka a six year old cat is available for adoption. 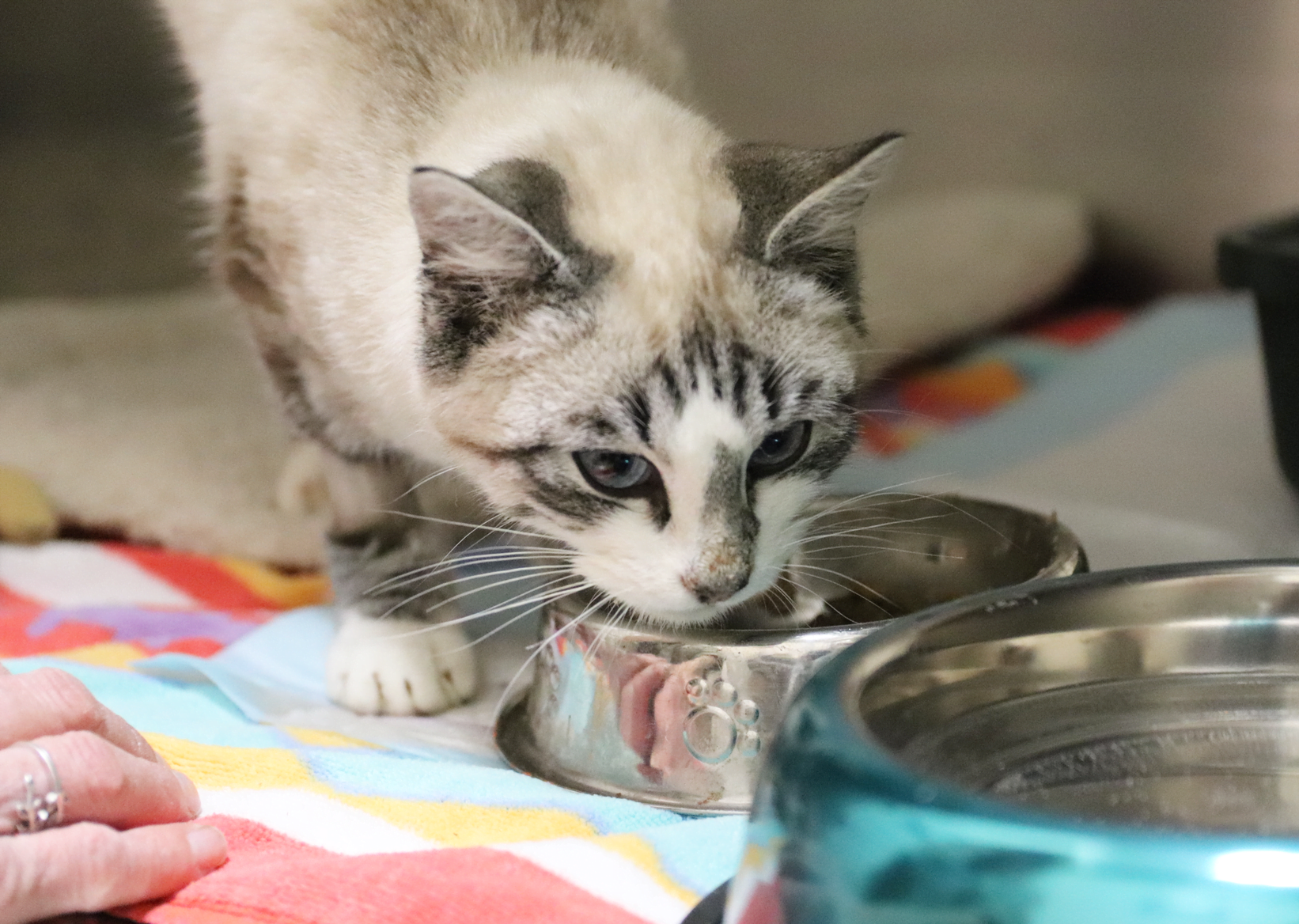