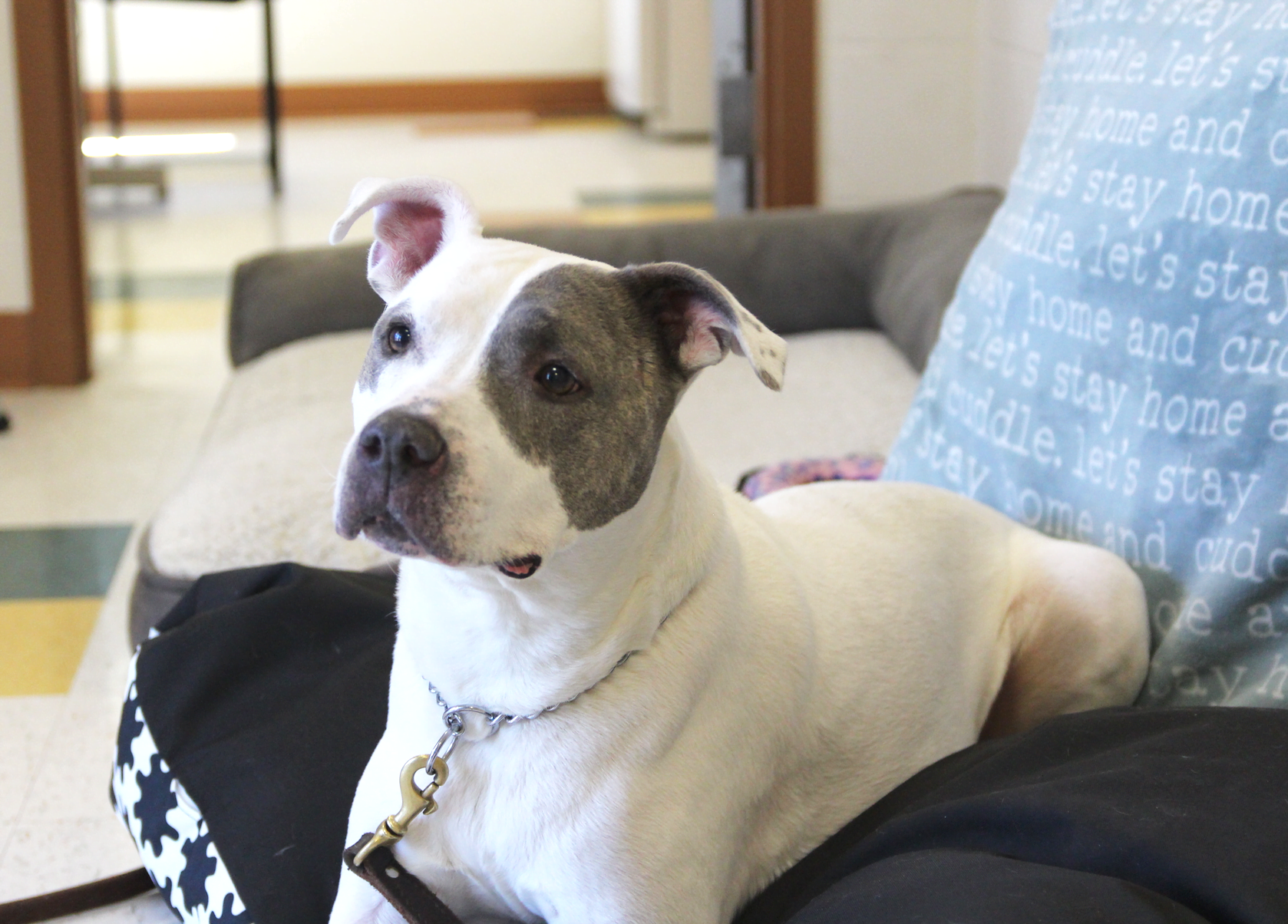 Carlin explained that Gladys was found abandoned in Bruce Park. Since arriving at Animal Control, Gladys, who Carlin guesses is about 8 or 9, has been getting along with the other dogs.

On Monday Gladys enjoyed a walk in the sun and rolling in the grass behind the North Street shelter.

“She loves to sleep and relax, but she also loves to go on walks,” Carlin said, adding that staff named her Gladys because it sounded like a good name for a mature girl. She has some arthritis, but has medication for that.

“Gladys will make good company for someone retired who might like a companion and someone to take walks with.”

Right now Greenwich Animal Control has four dogs, two rabbits and a few cats in residence, though the number of animals tends to rise when the weather warms up.

Update: Bill the kennel manager gave us some good news. Both Moose and Smoke who were featured on GFP both have been placed in loving homes. 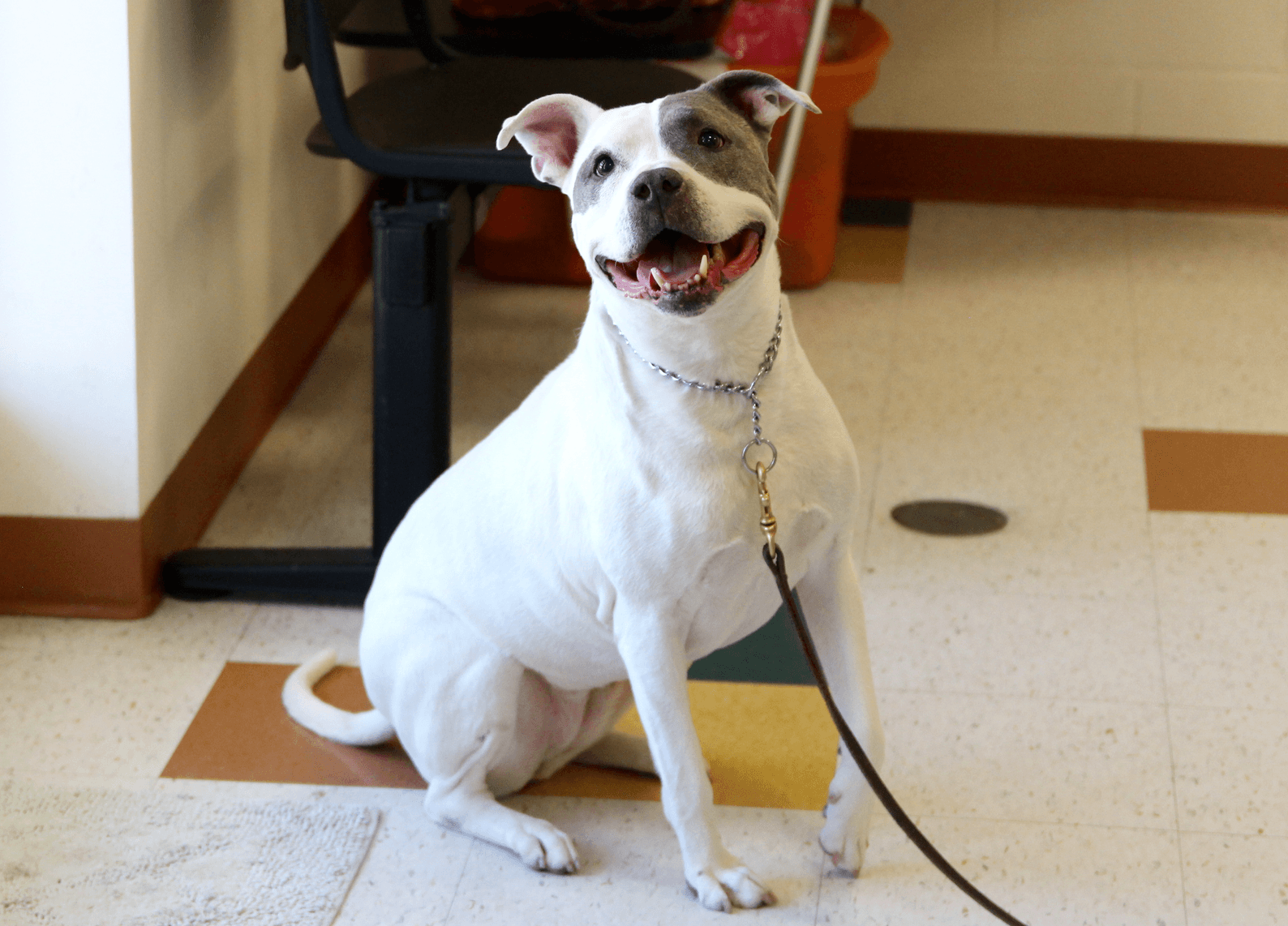 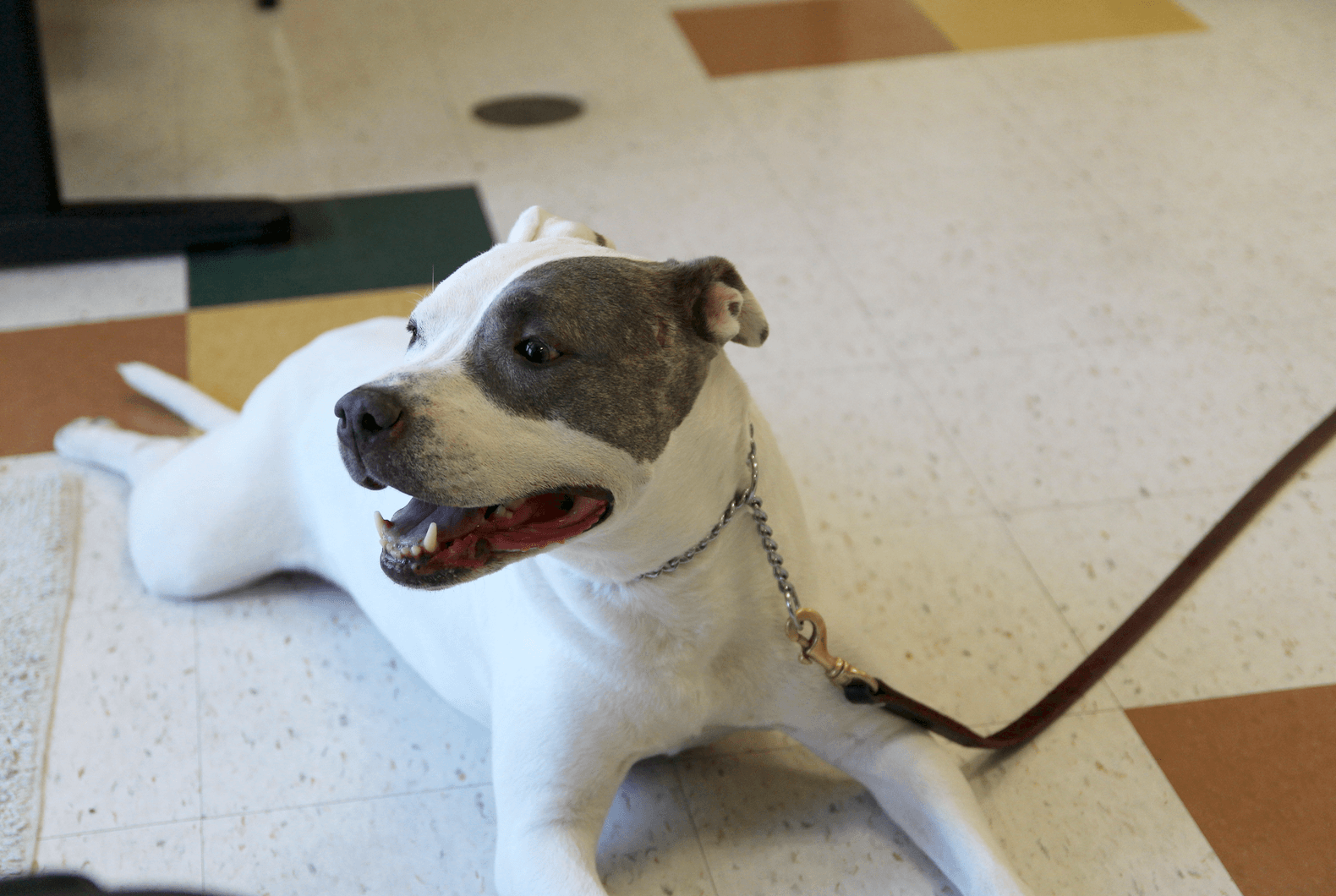 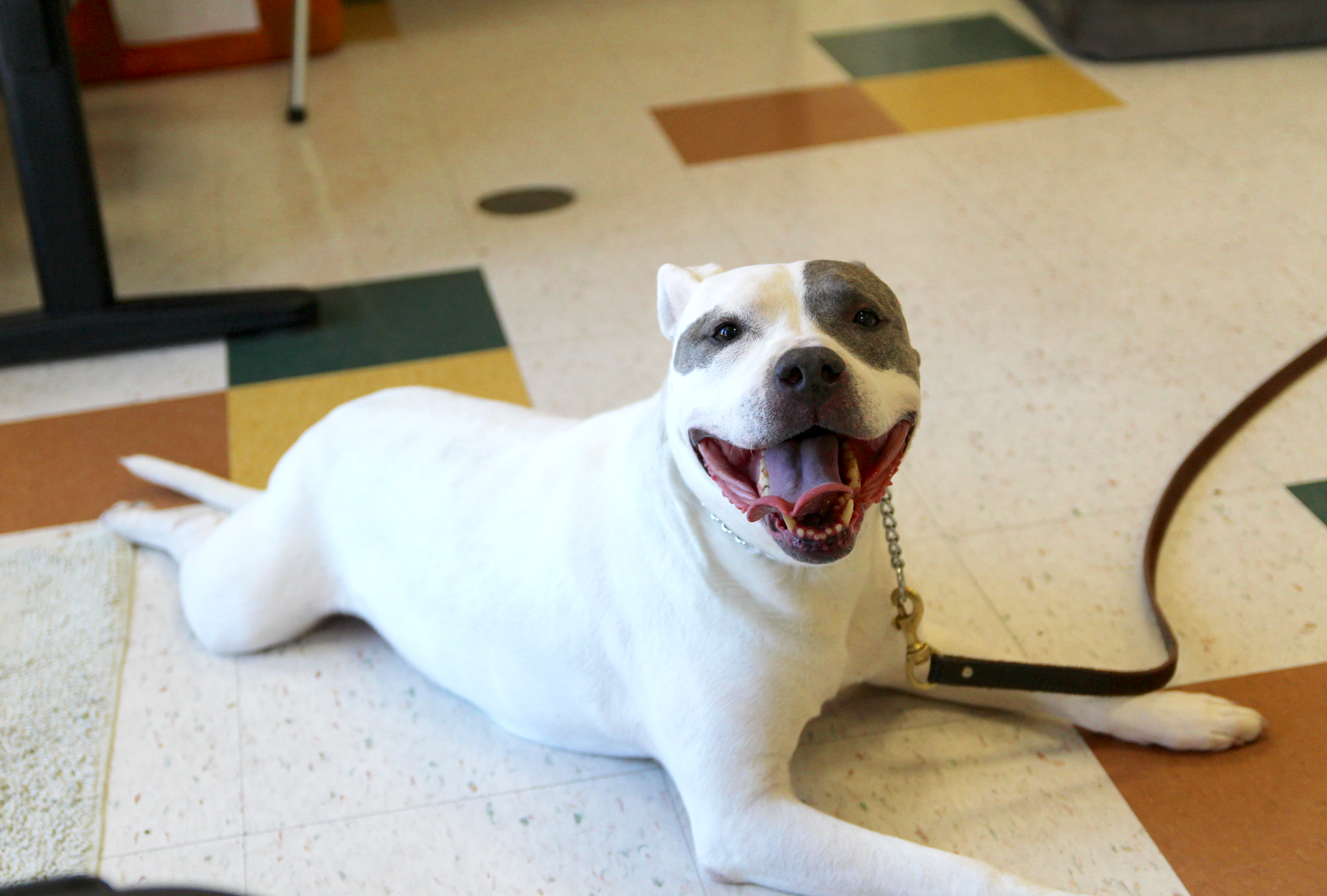 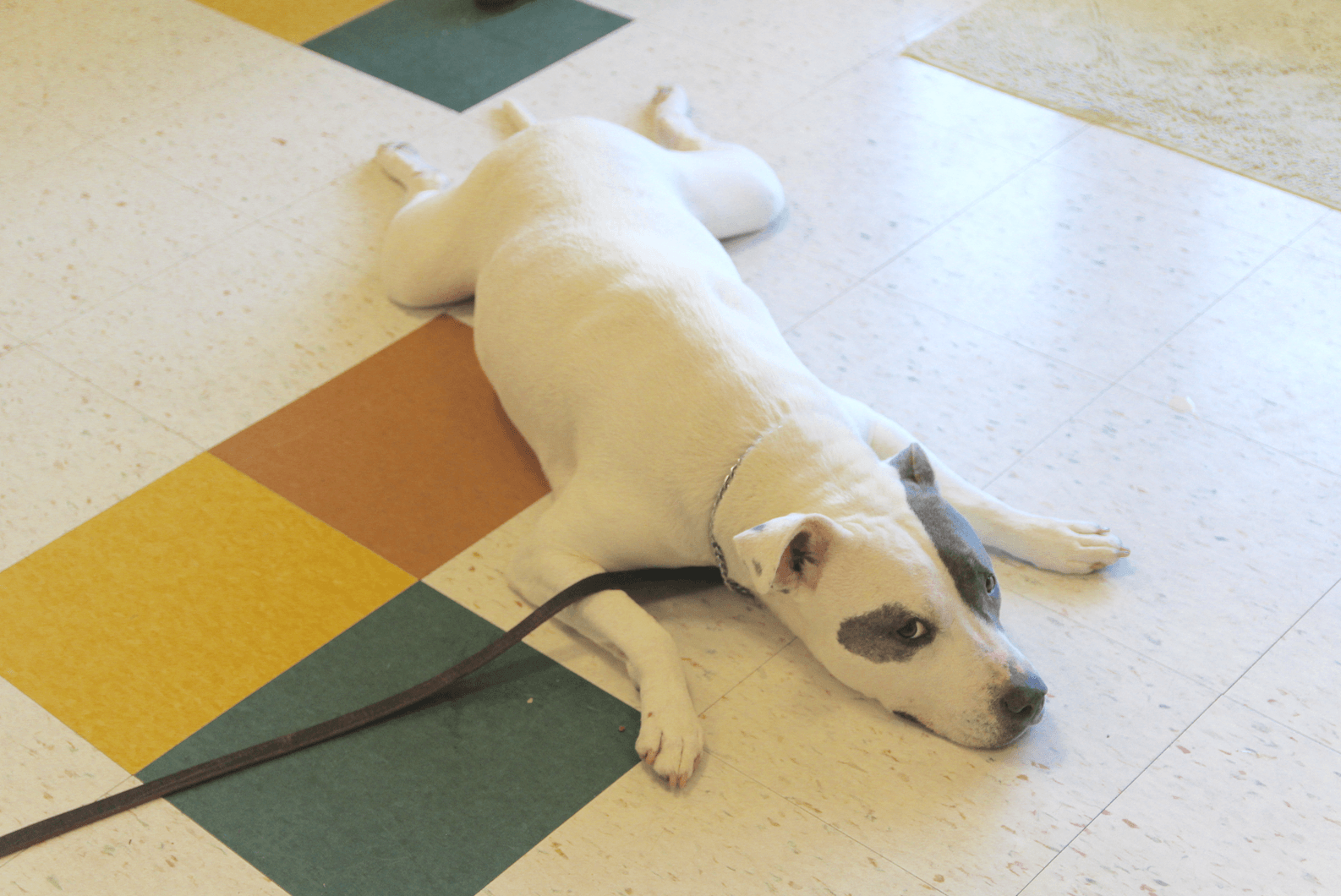 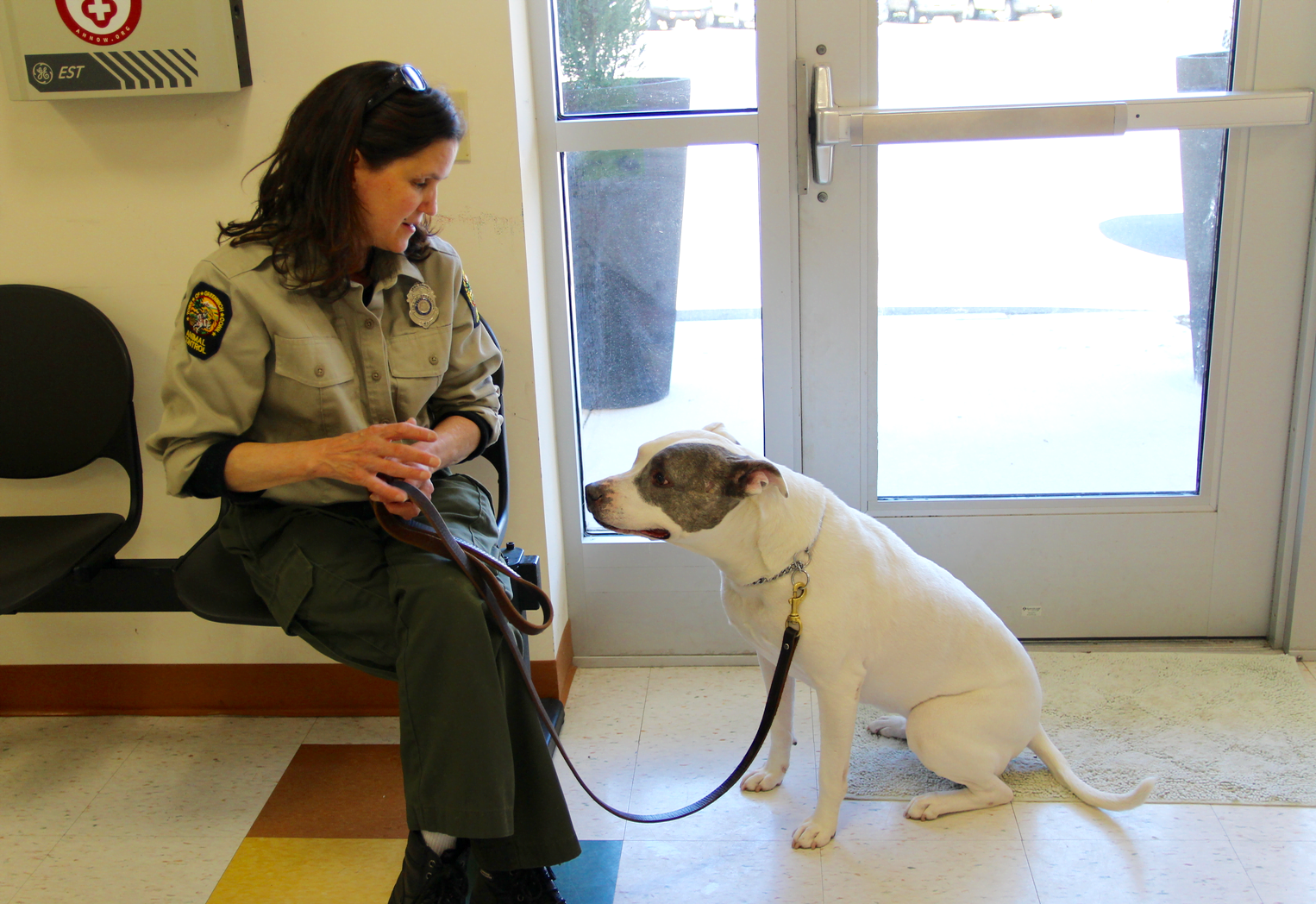 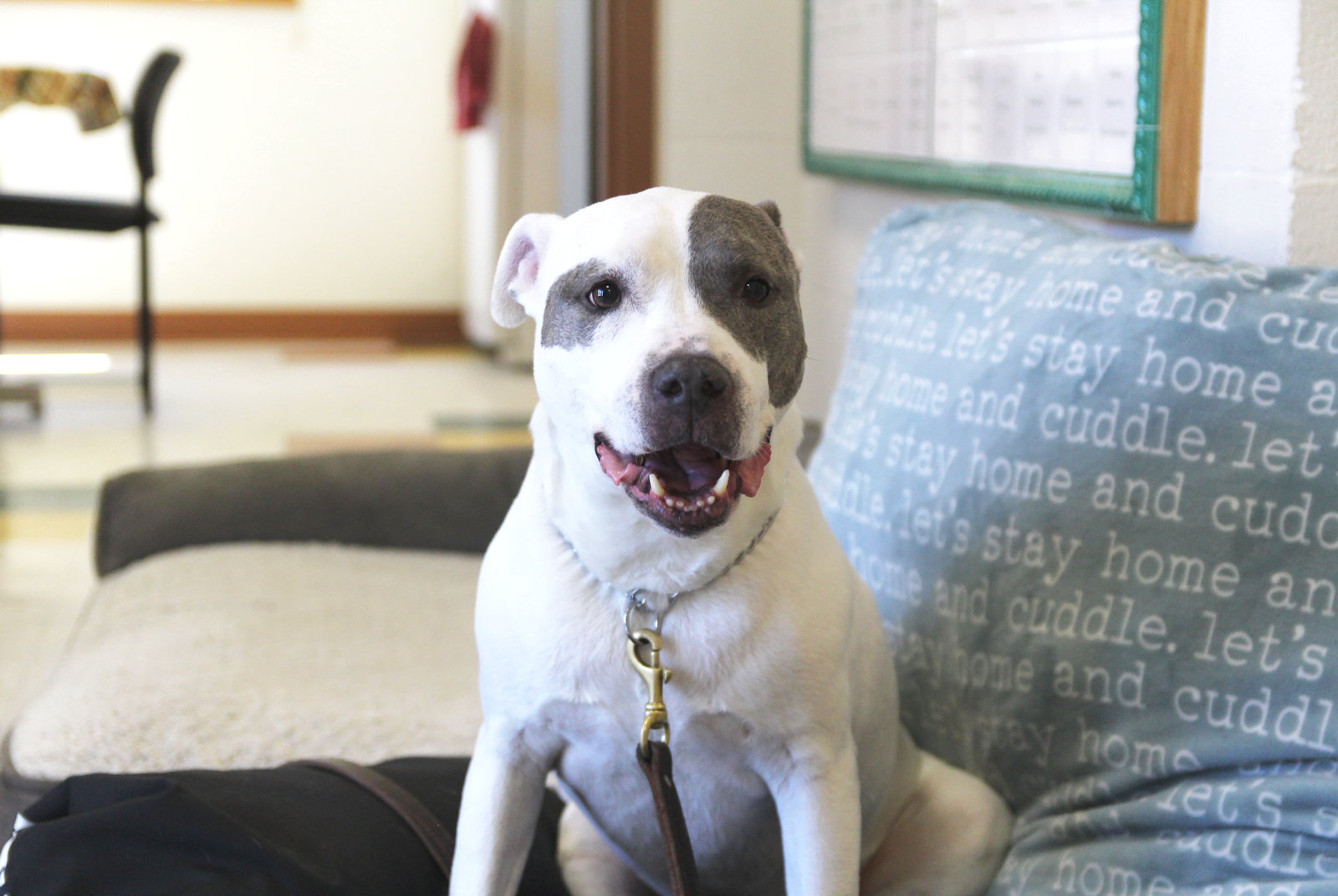 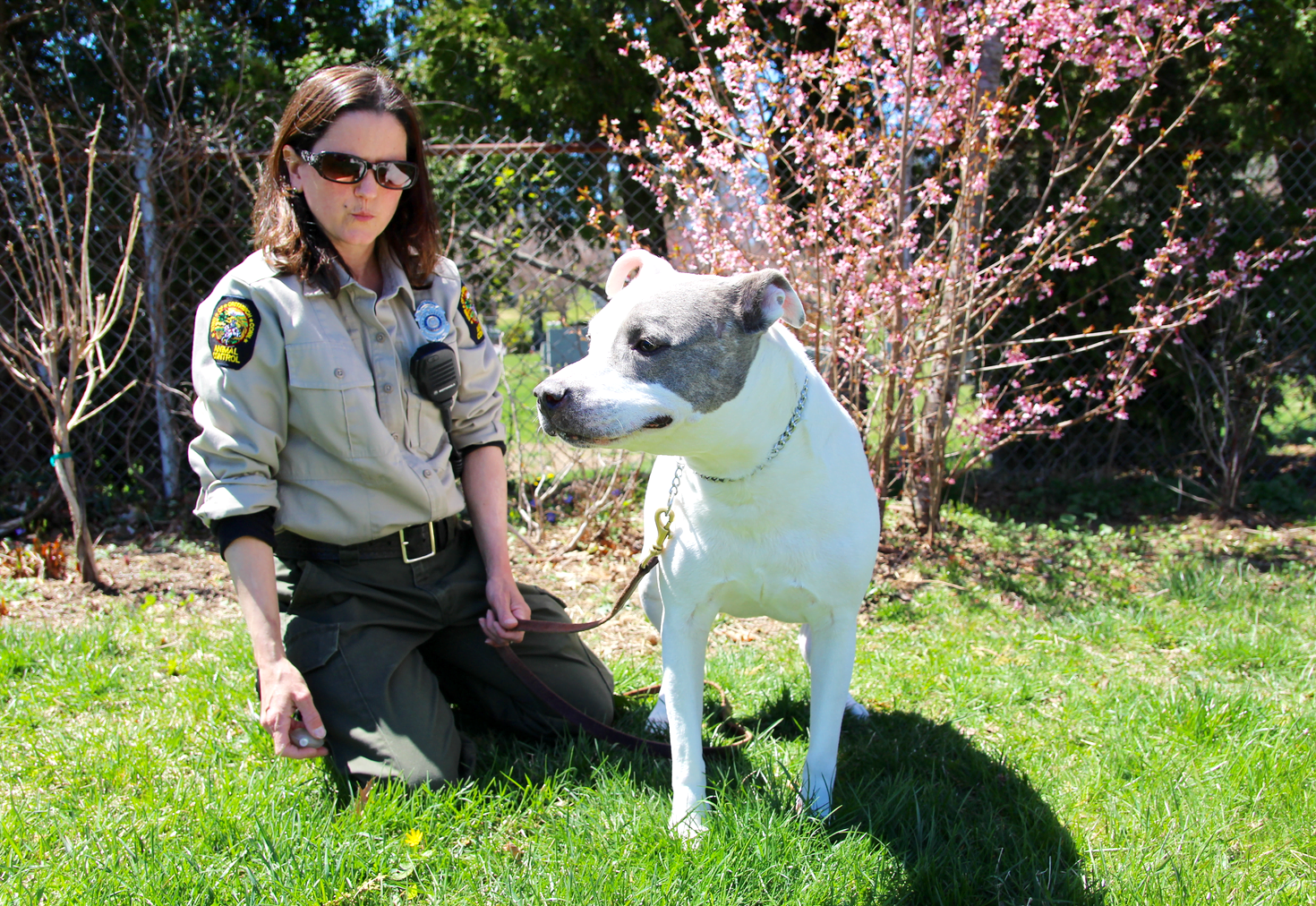 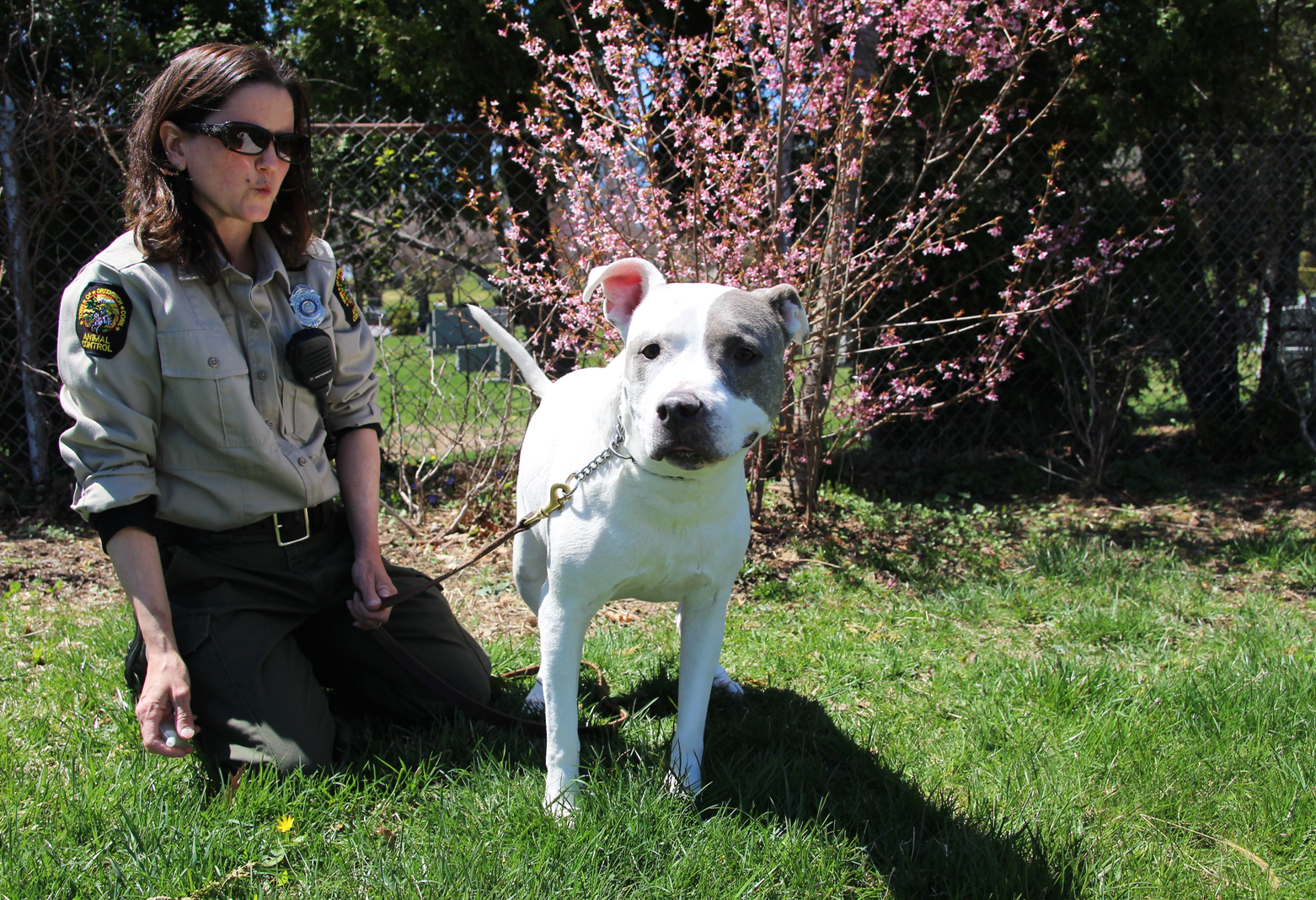 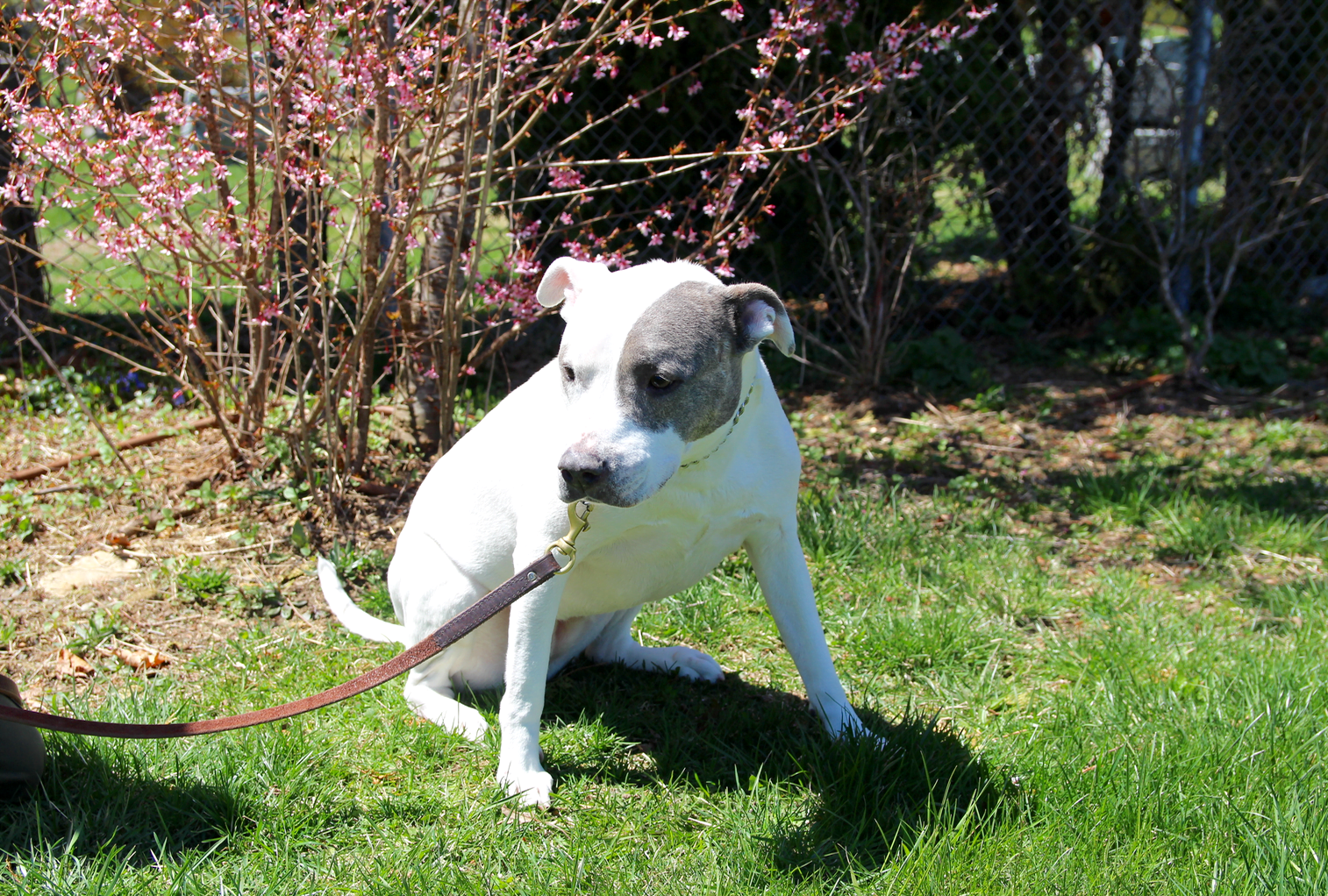 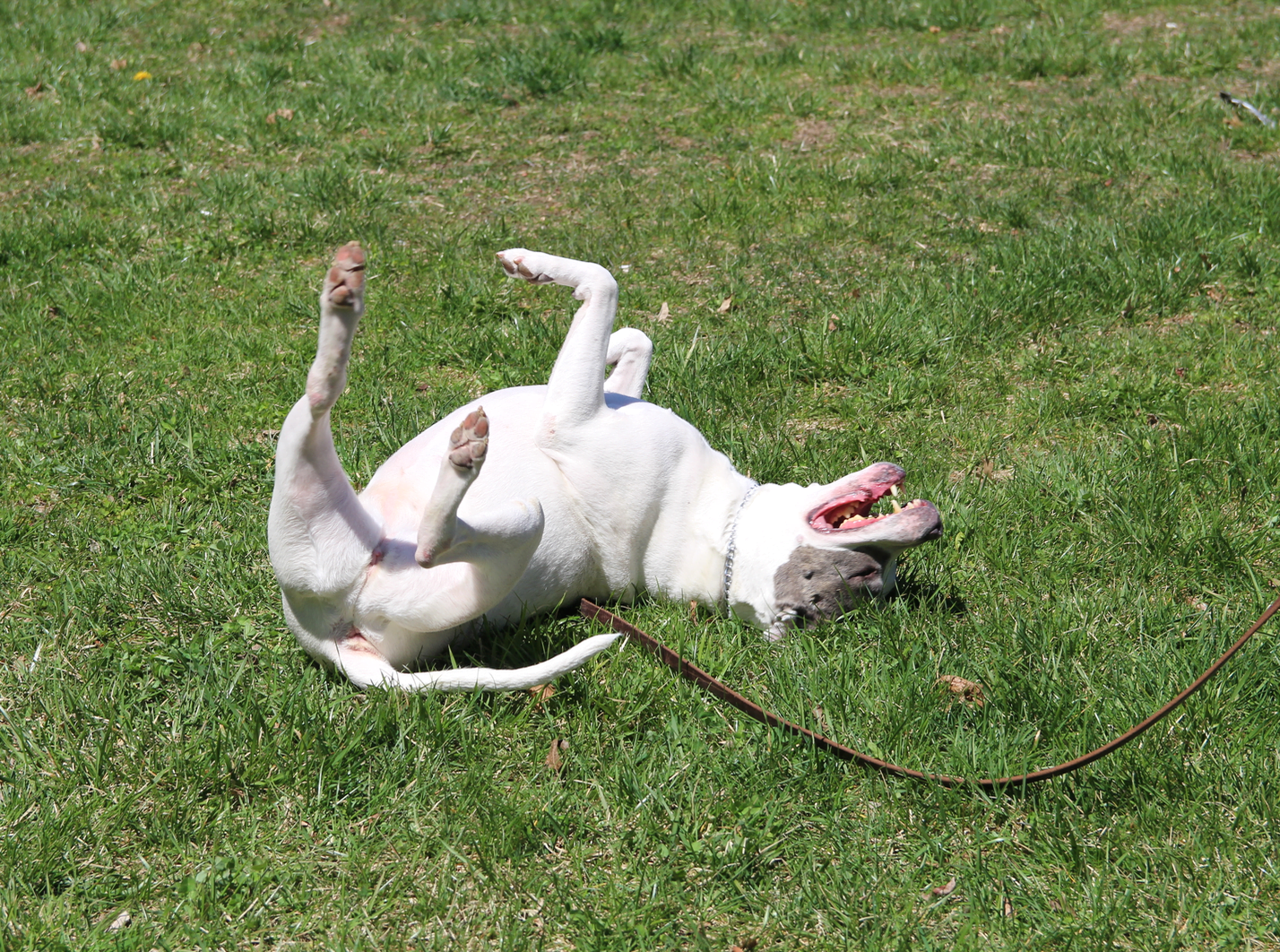