A subcommittee of the Parks & Rec Board led by Patrick Slyne, recently collected information about issues stemming from the popularity of Tod’s Point. He said the sub-committee was formed at the request of Peter Tesei. The committee has looked into the issue of crowding, after many residents complained last summer. 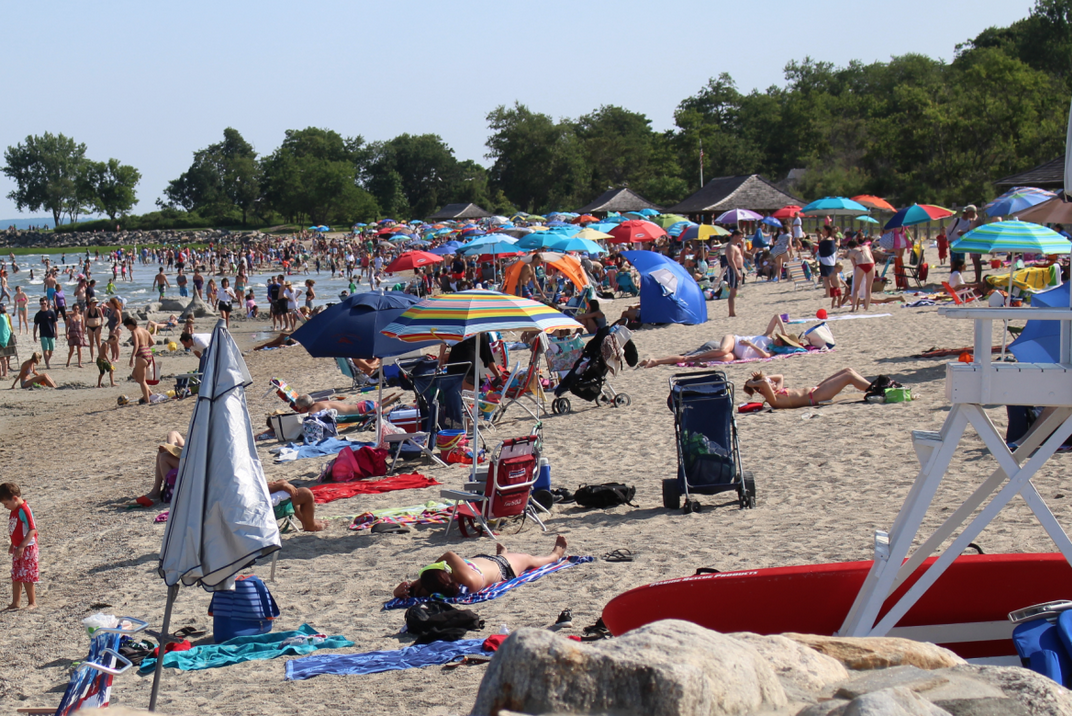 Slyne said Greenwich has become a destination. “Tod’s is getting so much publicity, the concern is that the beach is just getting overwhelmed. More people know about it and are realizing it’s a very nice place to spend a weekend,” he said. 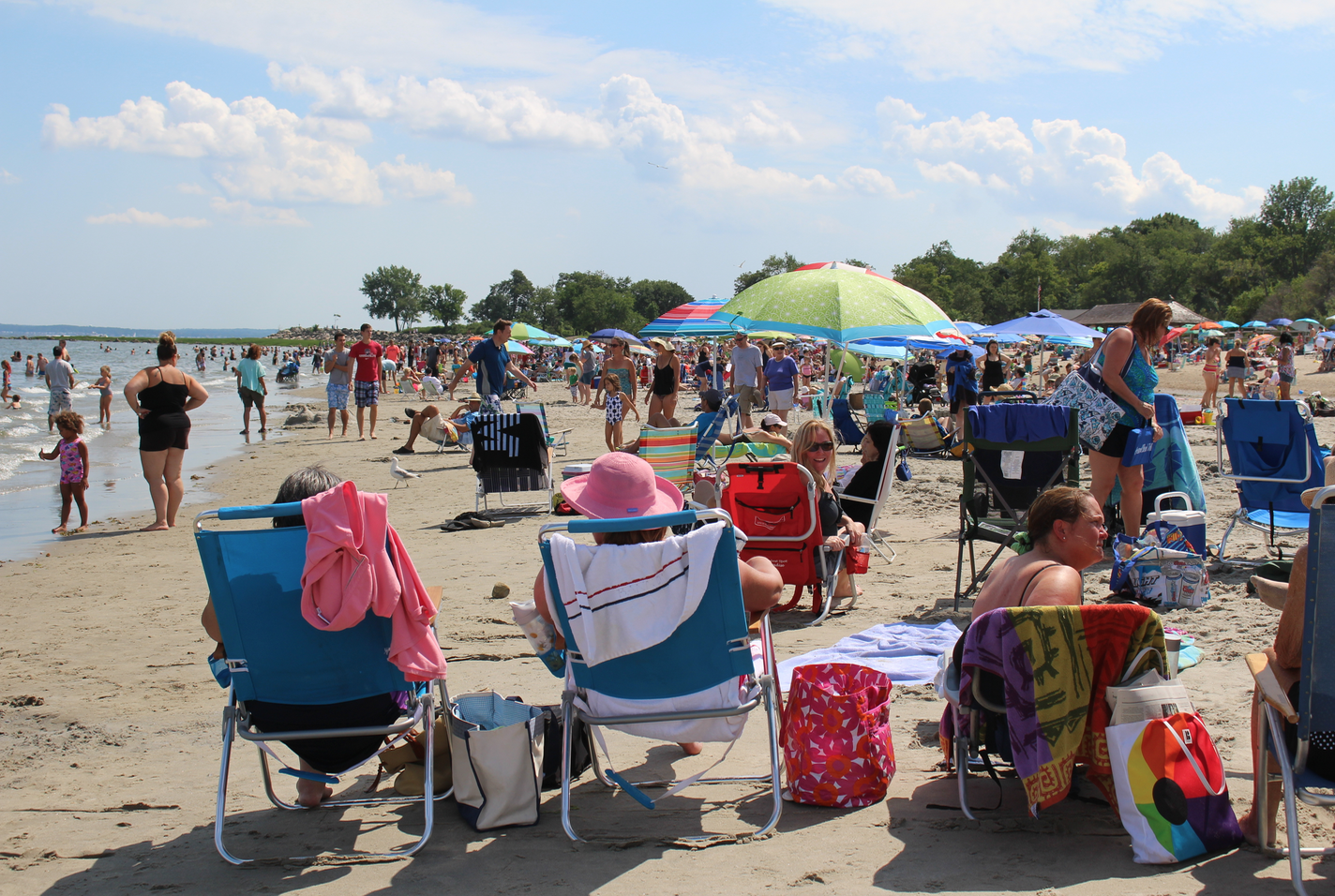 With the additional numbers of beachgoers, when the tide comes in, people are just standing on top of each other, Slyne said, adding that there have been complaints about aggressive driving, and issues with joggers, bikers and people wearing headphones all sharing the roadway.

Slyne said there is also an enforcement issue when it comes to behaviors at the beach, but it’s not appropriate to expect young lifeguards to address the issue of glass on the beach, for example, or deal with people who have been drinking alcohol. Everyone agreed that it’s important that lifeguards keep their eyes on the water.

Slyne’s subcommittee has discussed and recommends that the Town station a police officer at the ticket booth from 10:00 am til 6:00pm. Gary Del’Abate suggested that issues arise on Friday and Saturday nights, and it might be wise to extend that shift beyond 6:00pm. Board chair Nancy Caplan said she’d like the police officer on duty to be out of the patrol car and on foot. 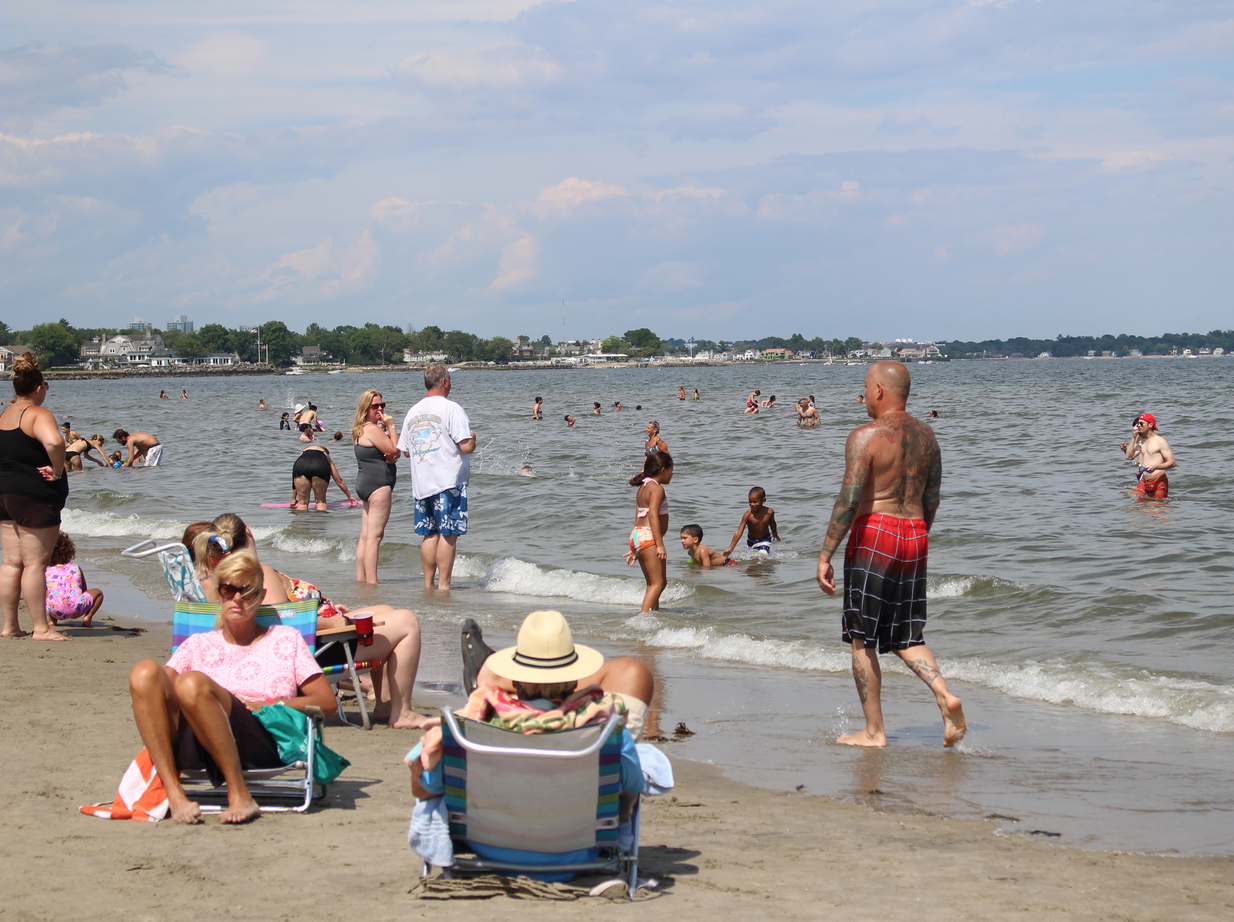 Currently there is a police presence at Tod’s Point, but it is intermittent. “It is not a consistent presence with a platform of issues that you want to accomplish,” Mr. Siciliano pointed out.

It was pointed out that the Town required multiple police officers at the Town Party, where about 4,500 people were in the park and liquor was served. Mr. Siciliano said he thought the number was about a dozen, and that the point was taken.

“On any given Friday or Saturday you can get 5,000  people at Tod’s Point,” Del’Abate said.

It was agreed that a police presence along might have an impact on behavior. 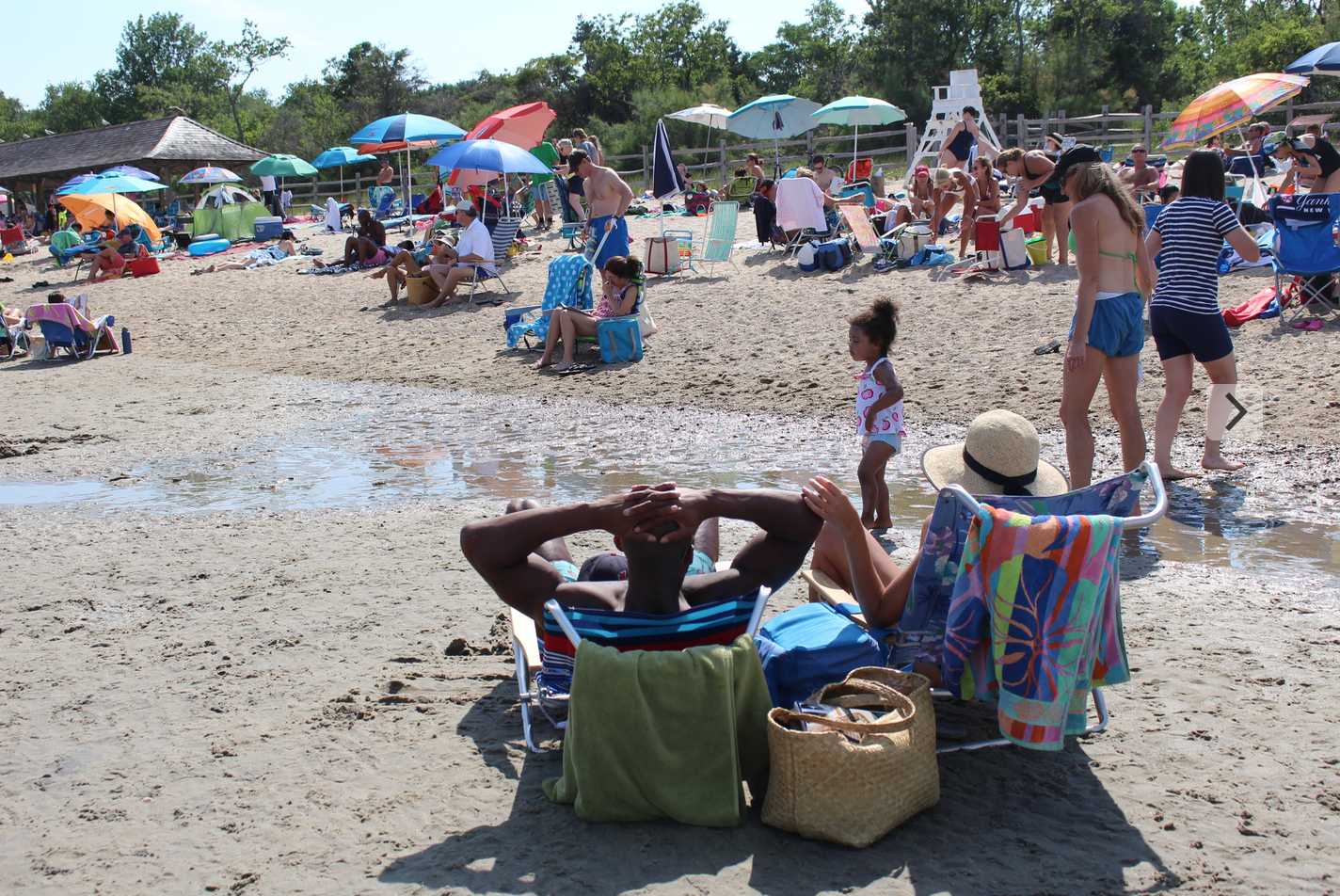 Frank Cantelmo said people disregard rules and kids are unsupervised. There was discussion about challenges of fishermen sharing space with picnickers, loud music, and dangers of cars, bicycles and joggers sharing the roadway. Non-residents may also be less inclined to pick up their garbage.

Nancy Caplan said there are plans to work with the Traffic Dept on the topic of signage to remind drivers to slow down.

The number of lifeguards at the beach was also discussed. The competition for high quality life guards relates to country clubs, beach clubs and private facilities who also hire life guards.

They are looking into the point at which the beach is so full that they shut it down to more people coming in, and how much to charge non-residents, and residents without season passes. 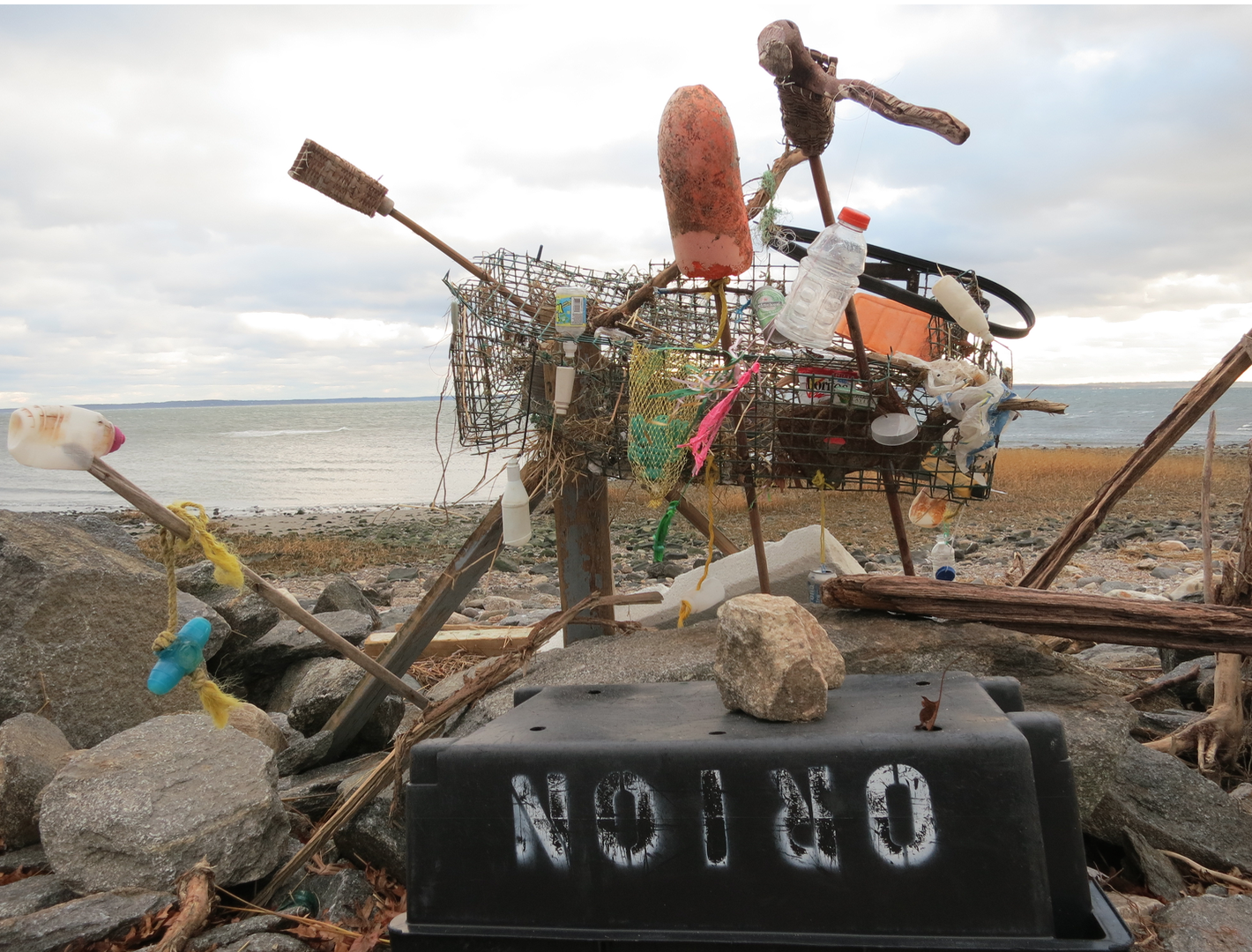 Mr. Cantelmo said the new patio outside the Susie Baker Pavilion may become an issue.

“The issue of claiming space is going to be a problem with people putting their towel down and reserving a table and chairs for the day, not eating things from the concession stand,” he said.

The group discussed how it might be possible enforce a time limit on the patio.”We’re going to have to make people realize they can’t stay for the whole day. The turnover should be more regular with people enjoying a meal and sticking around a little while, but it’s gong to be a tough enforcement issue.”

Mr. Siciliano said that every year the  superintendents – Jeff Freitag (Marine & Facilities Operations), Sue Snyder (Superintendent of Recreation) and Bruce Spaman (Tree warden) – will each make their recommendations to him about fees. He pointed out that most of the fees come from beaches, boating and recreation.

In December, the Parks & Rec Dept will bring a proposal of fees for next summer to the Board of Selectmen. Mr. Siciliano said the department likes to avoid spikes in fees, and to keep increases to small increments over time. He said the price of day passes will be a big question and that the First Selectman is consulting the Town attorney on the topic.

Following the Parks & Rec proposal to the Selectmen tentatively set for Dec. 17, there will be a few weeks for residents to provide feedback. Ultimately the Selectmen have the final say in January. 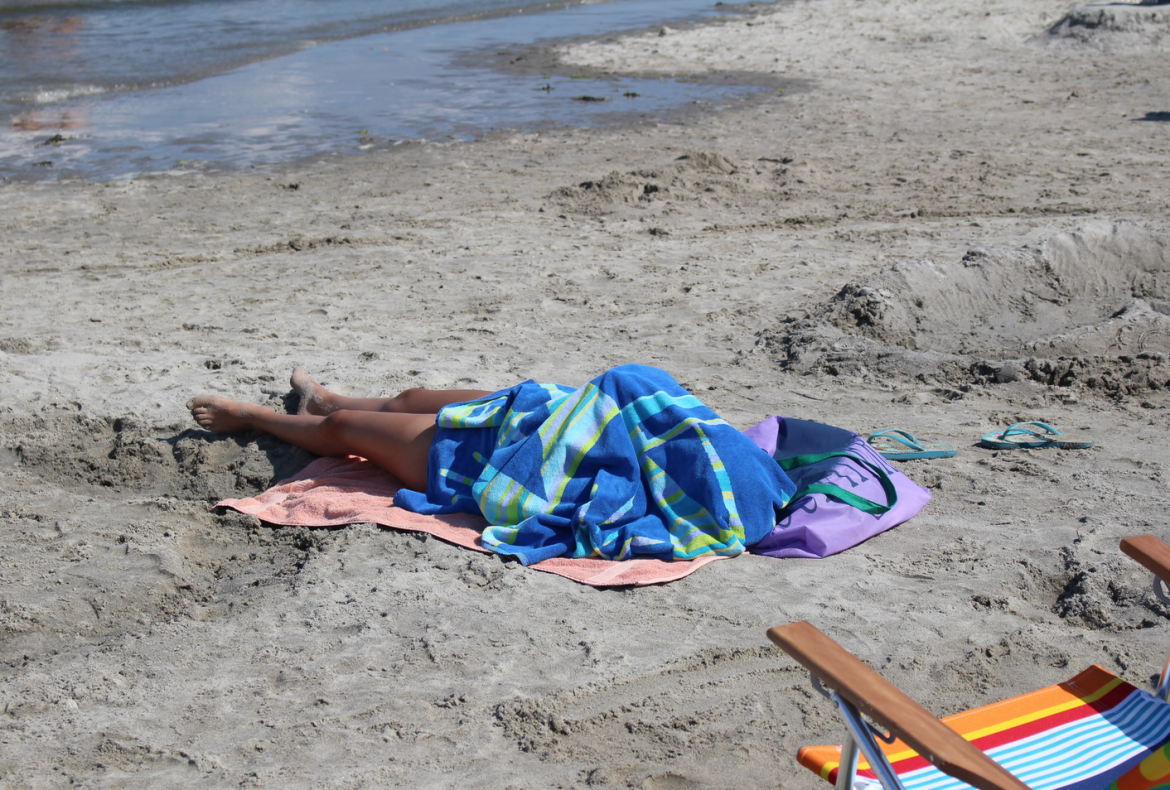