“We are so excited to be partnering once again with Miller Motor Cars for our Council Pinewood Derby Championship race,” said Kevin O’Shea, Scout Executive & CEO for the Greenwich Council, BSA.

The Council kicked off the Pinewood Derby season at its annual workshop in January.

“I remember building my Pinewood Derby car when I was a Scout,” said Richard Koppelman, President of Miller Motor Cars. 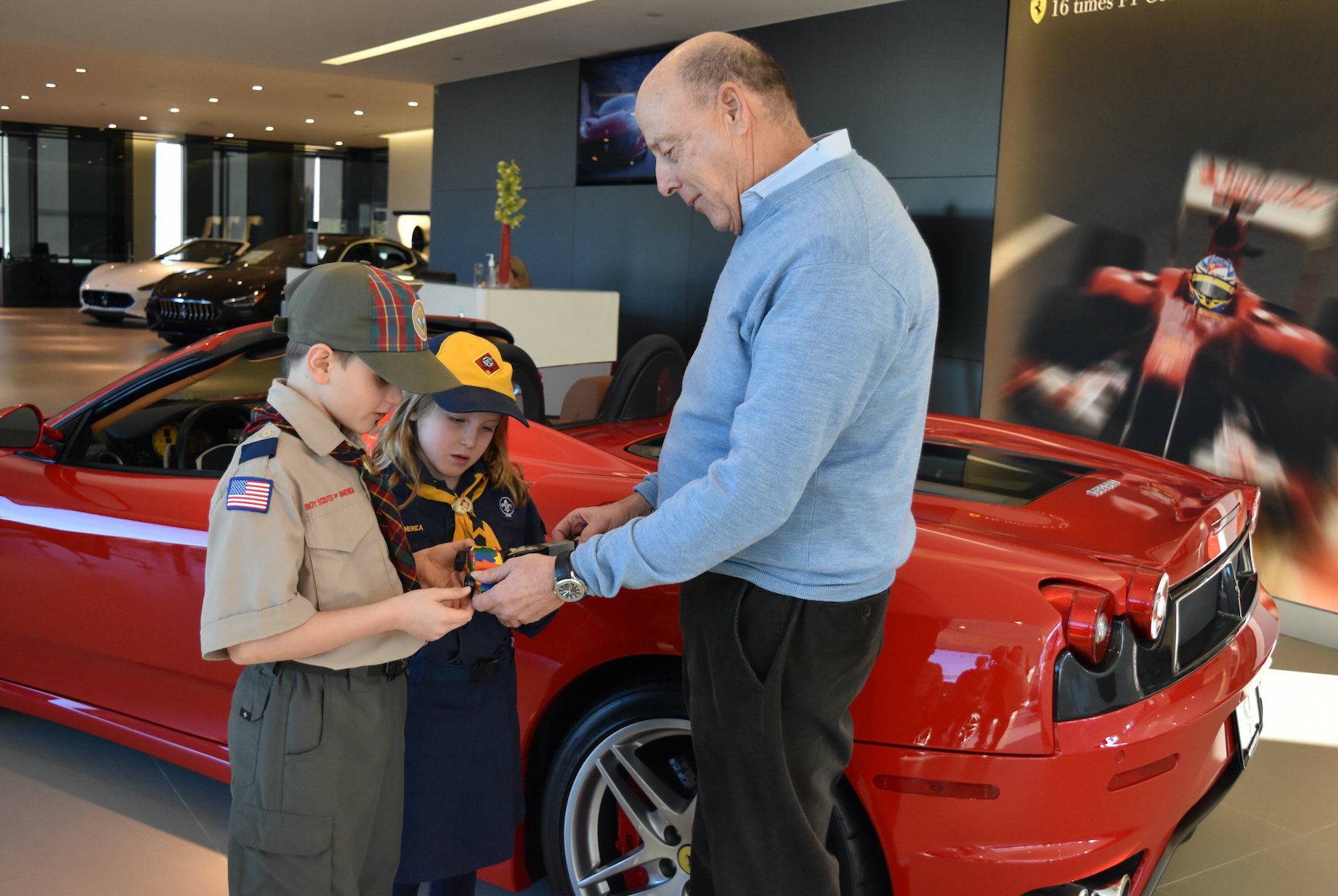 At the workshops, volunteers manned electric band saws to help cut out designs that the Scouts traced on their pine block.

Parents assisted their children on the bench top belt and disc sanders.

“I really liked sanding down the cars and the sanding machines,” said Pack 35, Webelos Scout, Liam Vanderslice of the workshop.  “It’s a really fun day working together with my Dad.  I can’t wait for the Pinewood Derby race. I hope I win!”

Cub Scouts will race within their Pack in the month of February.

This year will be the third time Miller Motor Cars has hosted the championship race. 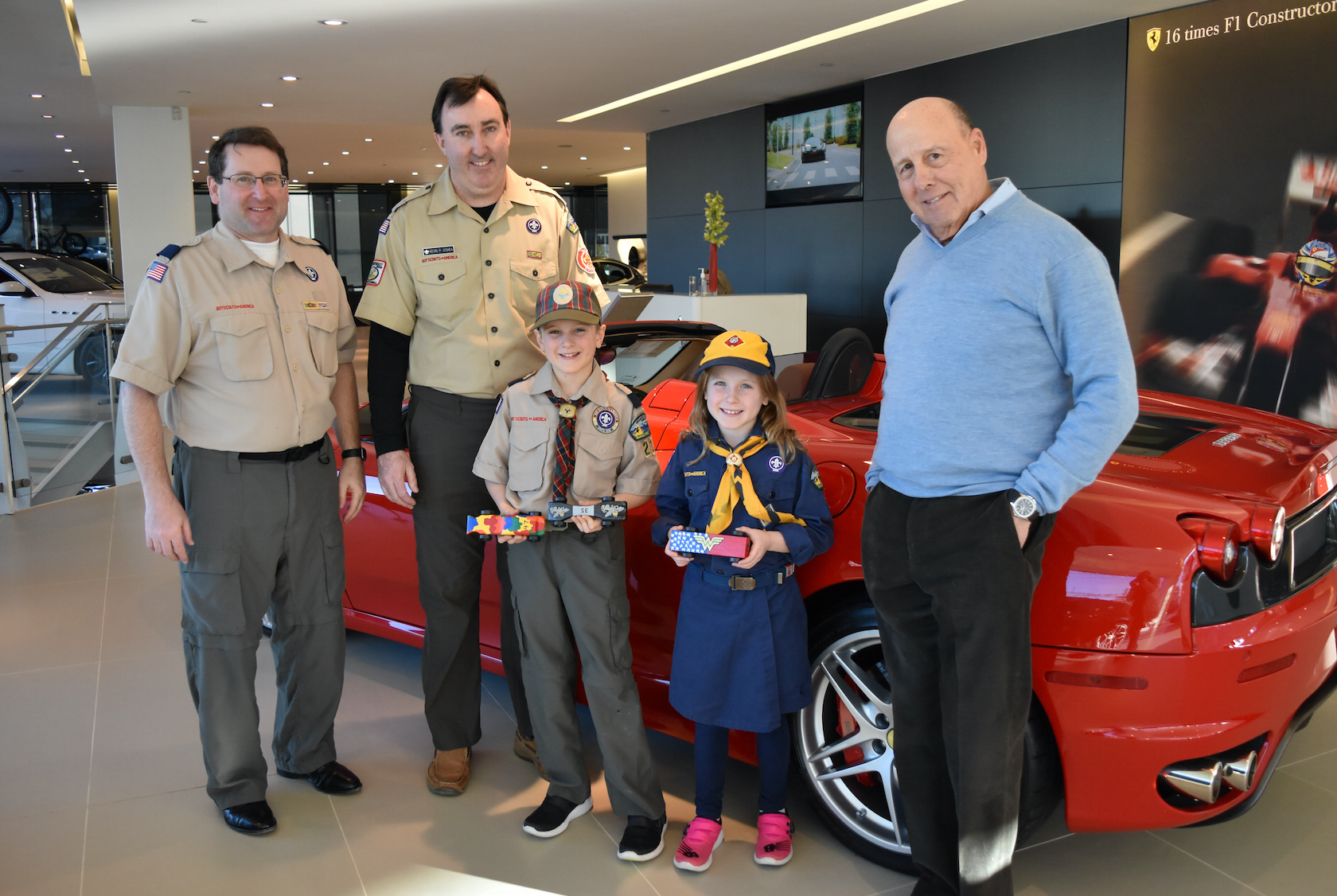