On Sunday Greenwich Point was the destination for thousands of people who cherish Long Island Sound.

The Experience the Sound event drew curious people eager to learn about the marine life they share the waters with, including horseshoe crabs, oysters and clams. They also learned about conservation efforts and partnerships with non profits and schools.

At one end of the park, tables were set up with local organizations who play a role in ecosystem, dovetailing with the event’s theme: “From Streams, through Soil to Sea.”

Inside the Bruce Museum’s Seaside Center children witnessed fish and crabs up close, and even touched them under the safe supervision of naturalists and volunteers. 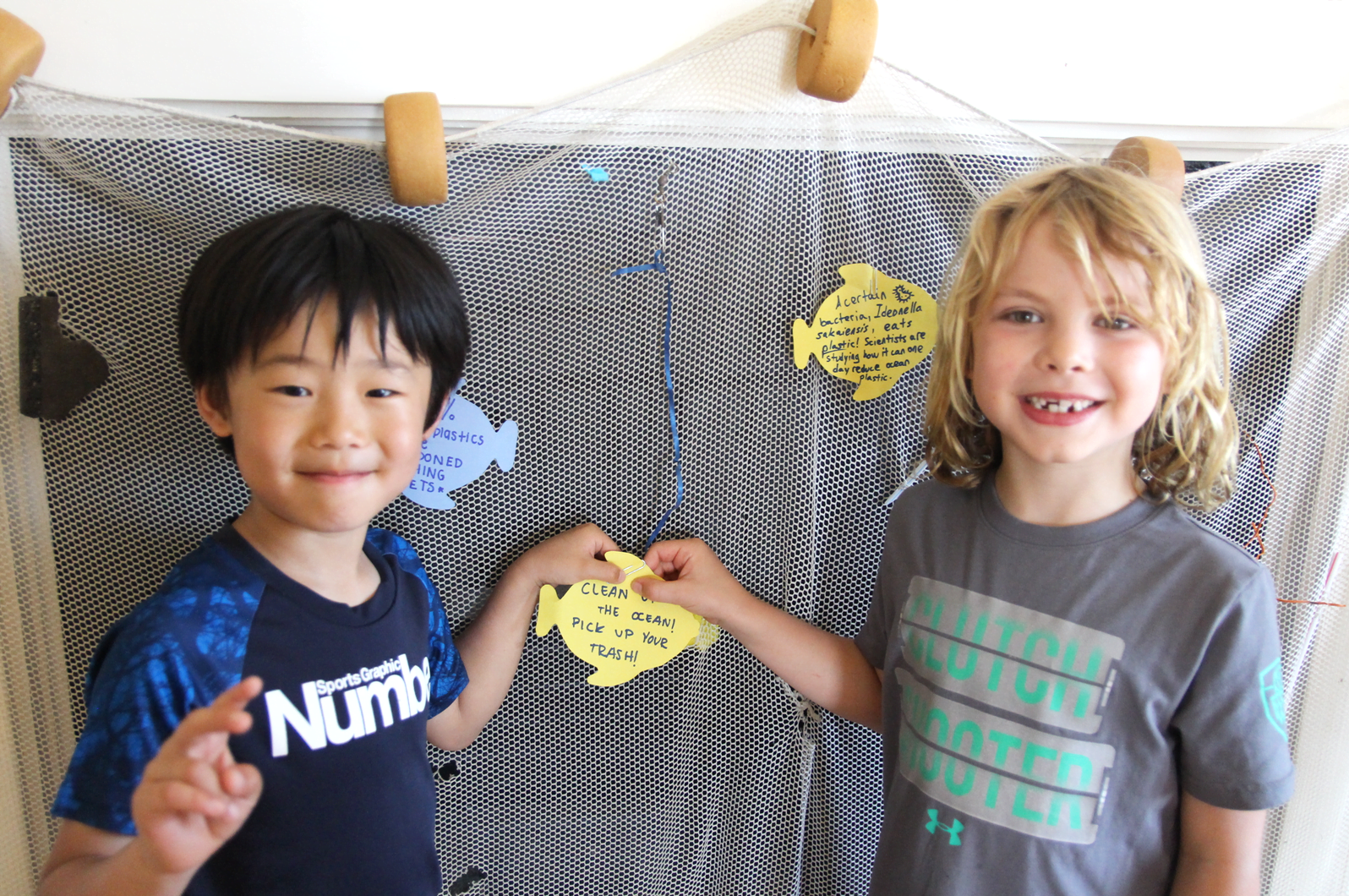 Rising third graders at Julian Curtiss School Kentaro Abe and Rocco Giulli added their suggestion to the display, “Clean up the Ocean and Pick up Your Trash.” Photo: Leslie Yager

Green & Clean and Skip the Straw, the group that emerged after BYO Greenwich successfully advocated for Greenwich’s plastic bag ordinance, had a presence, educating the public about the impacts on Long Island Sound from pollution from everything from plastic straws to cigarette butts.

Julie DesChamps from Skip the Straw said the approximate time a single straw is used is 30 minutes, but the average time a straw stays on Planet Earth is 90 years. She said a stainless steel straw can be reused thousands of times.

“The kids are getting a glimpse today of what is living in Long Island Sound,” said Kate Dzikiewicz, the Bruce Museum Seaside Center manager. “Right now the common species are Silver Sides and Striped Killi Fish, but it will change over the summer. Later there will be Tautaug, Porgies, Puffer Fish and Flounder.”

Dzikiewicz said every day staff at the Bruce Museum Seaside Center pick up litter including cigarette butts and e-cigarette pods.

“People don’t realize the cigarette butts don’t biodegrade. There is plastic in the filter,” she said. “Pollution like styrofoam can float around in the ocean a million years before it degrades. That’s longer than the human species has been in existence.”

Another beach pet peeve of Dzikiewicz is that people just can’t keep their hands off the horseshoe crabs.

“People should watch out because it is horsehoe crab breeding season. If you see two linked together on the beach, leave them alone. They know what they’re doing. Don’t harass them. Instead come here to touch one,” she said of the Seaside Center, which is open Tuesday through Sunday from 11:00am to 5:00pm.

The Old Greenwich Garden Club shared information on native plants and ways to attract pollinators. The volunteers beautify many areas in Town and run an annual plant sale at the Eastern Greenwich Civic Center. They are also responsible for a butterfly garden on the footprint of the original Tod mansion where they plant pollinators and native species.

Roger Bowgen, chair of the Greenwich Shellfish Commission, said he was excited about a partnership with UConn that will result in globally recognized research at Greenwich Point. Specifically the park will be linked by computer to UConn Avery Point as well as UConn at Stamford and Storrs, and Greenwich will have access to the best scientific marine minds.

“When questions are asked here that we don’t know the answer to, we will have that access,” he explained, adding that on Mondays there will be a series of classes organized by the shellfish commission and the Billion Oyster Project (BOP). 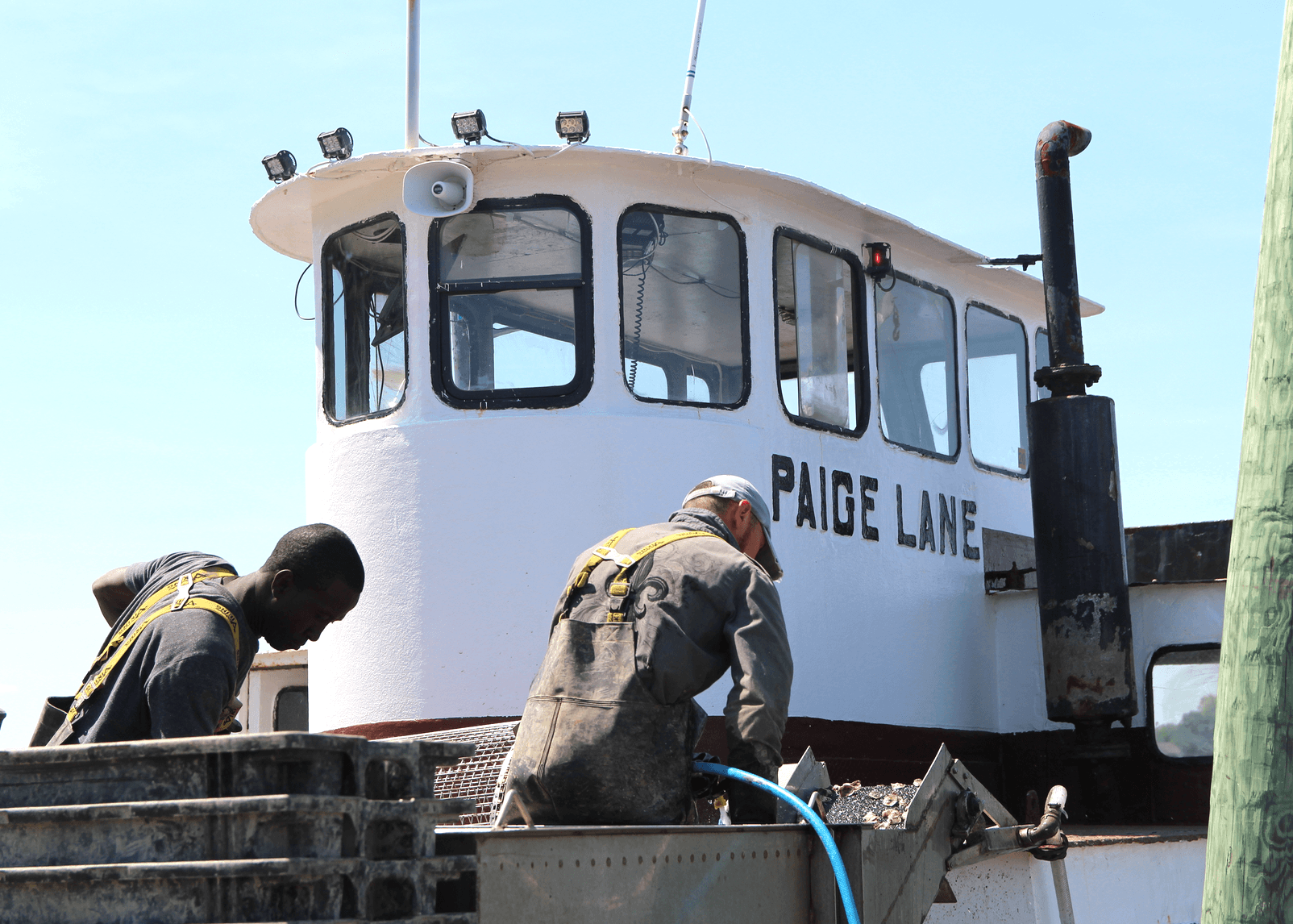 “The idea is to expand the link with BOP who are trying to produce a billion oysters in the Hudson River, clean it up and educate students,” said shellfish commission volunteer Christoper Coccaro, who described oysters as the baseline of the entire eco-system. “Oysters were the nursery that all things grew from. A lot dependent on them.”

“It is a harbor-based school,” Coccaro continued. “The point is to provide job training to New York public school students for aquaculture and seamanship.”

Coccaro said New York Harbor has improved and the fish have returned, but as far as oysters it is “dead.” He said at one point oysters in the harbor had been up to a foot long.

“The fish are back, but not the basic bio-systems. Oysters used to be abundant. New York harbor was incredibly productive largely because of the oysters.”

The BOP physically place oysters on reefs in hopes they become self sustaining. They hope through their efforts there will be a billion oysters by the year 2025.

Mr. Bowgen said Greenwich is working with commercial fishermen and have added between five million to 3 million oysters to Greenwich waters in the last 30 years. 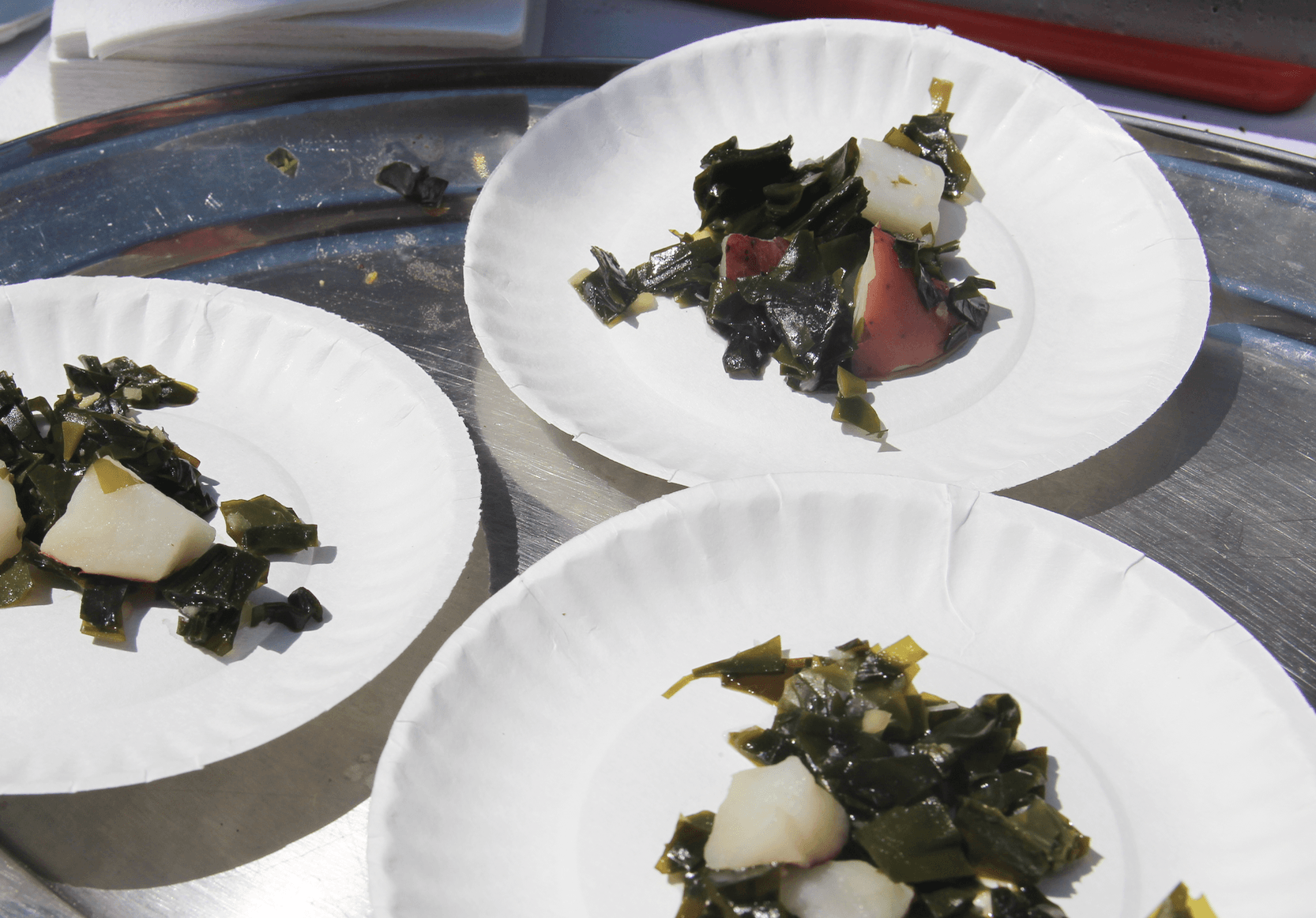 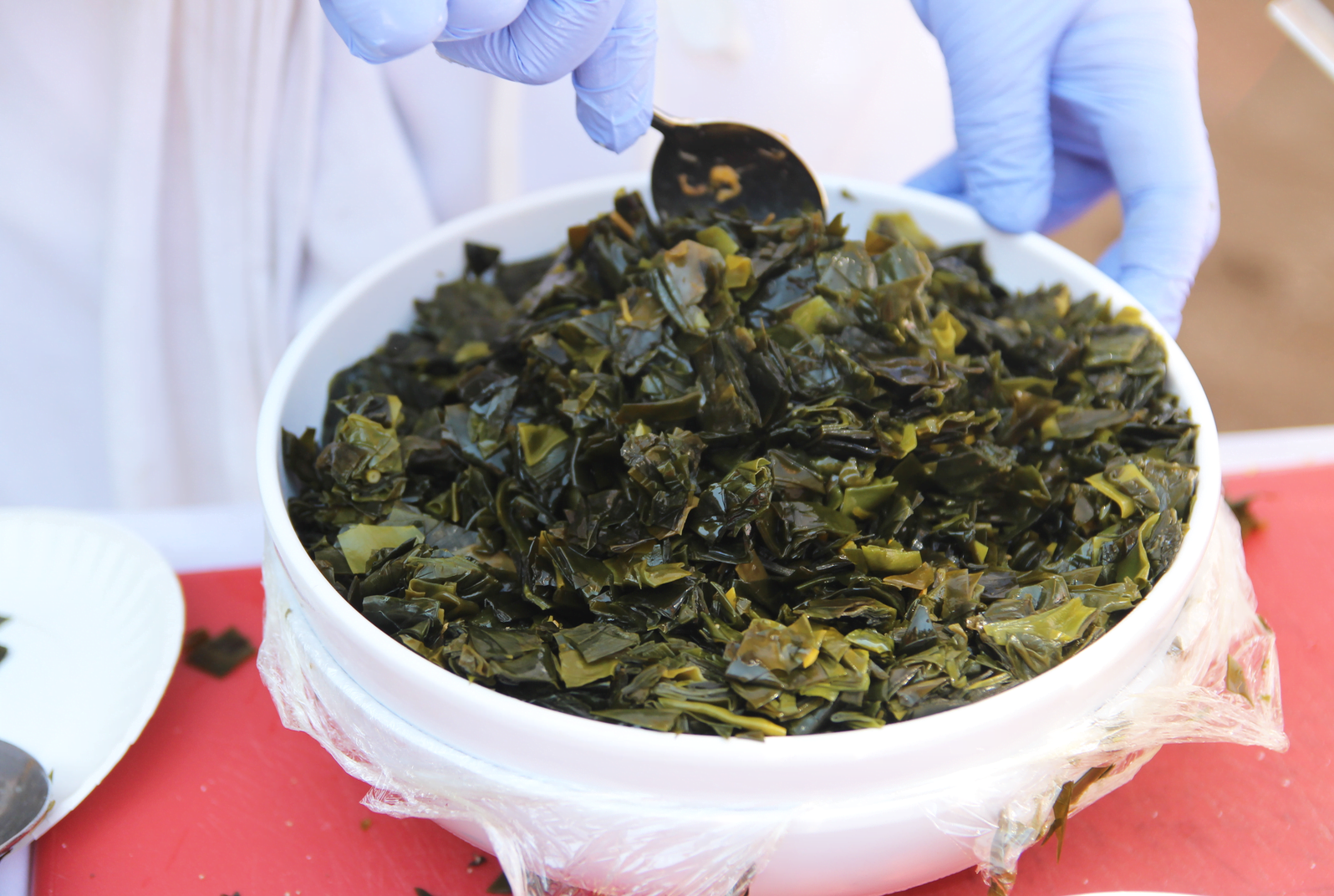 At the other end of the park, guests sampled dishes made with kelp. The effort was run by professors and chefs from both UCONN and Norwalk Community College.

From kelp and potato sauté, to kelp salsa and kelp quesadillas, guests enjoyed a variety of kelp cuisine, and learned how kelp is grown and harvested.

“They take the spores from a reproductive plant and hold the spores in the hatchery,” Trambetta said. After this, the kelp spores are grown in the lab, and transferred to either the nursery for about a month or to an underwater farm, one of which is located off of Little Captain’s Island.

Working with the farmers from UCONN, Trambetta teaches and trains chefs and consumers that kelp is edible.

“We’re trying to make it real, create a demand and create an industry,” Trambetta noted. And not only can kelp be used for cooking as it was at Tod’s Point on Sunday, but it also plays a large role in the cosmetics, biofuels, and the fertilizer industry, along with many others.

Trambetta said the East Coast Kelp Farm in Groton is located at the mouth of the Thames River and is a certified processor through the CT Dept of Consumer Protection. “I could sell it but I run it for education,” he said of the kelp. I have my own recipes. My job is to teach and train chefs and consumers that you can eat kelp.”

At Old Greenwich Yacht Club, reached by shuttle bus, guests were also able to learn about oyster farming from Stella Mar Oysters who were there on their oyster barge, the Paige Lane.

The company boasts the East Coast’s finest deep-water oyster. Their off-bottom, vertical grow-out method gives their oysters an ideal habitat in  in 20 to 40 ft of water in Long Island Sound. The barge sifts through oysters and the small ones are returned to the water. 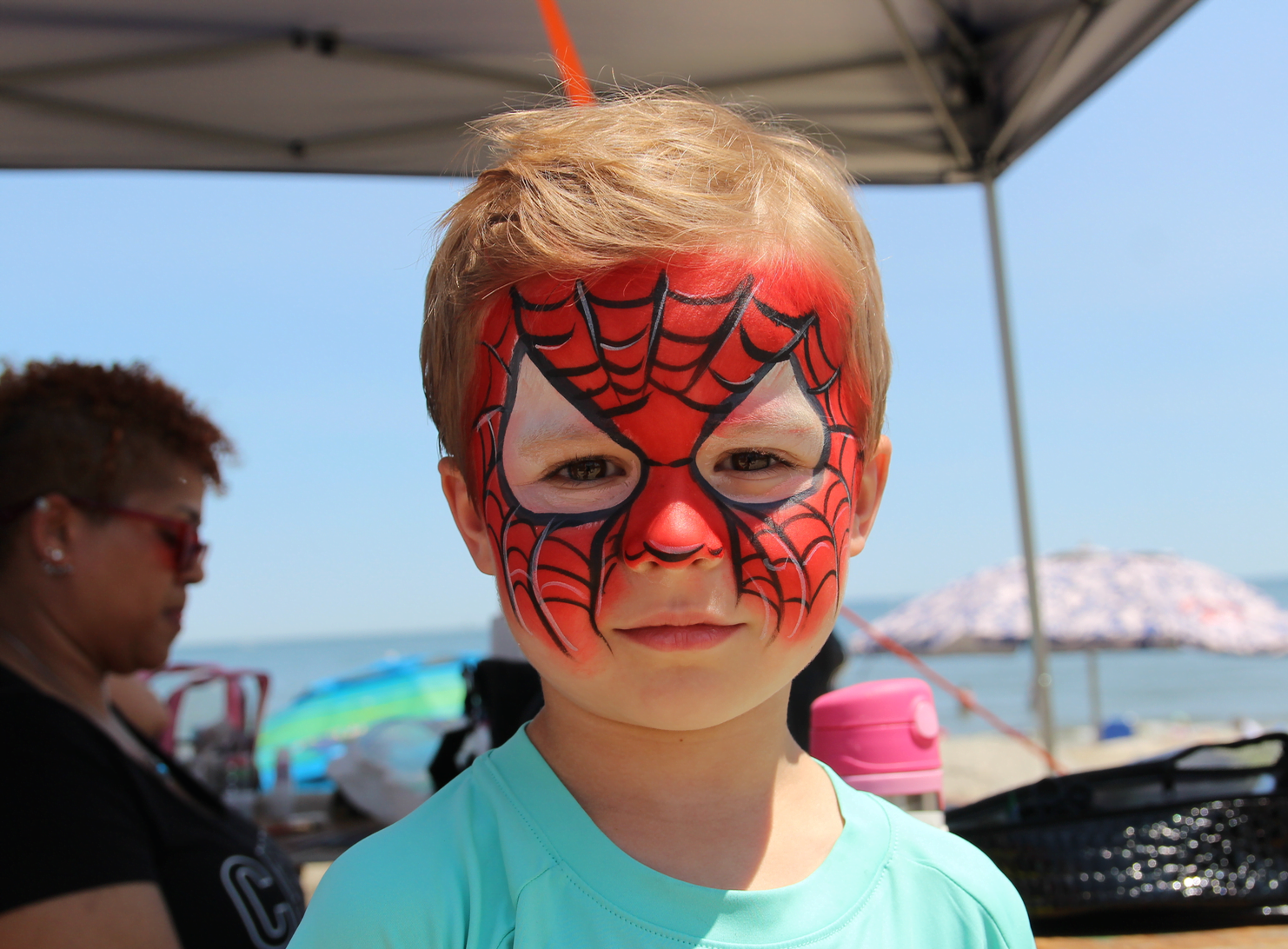 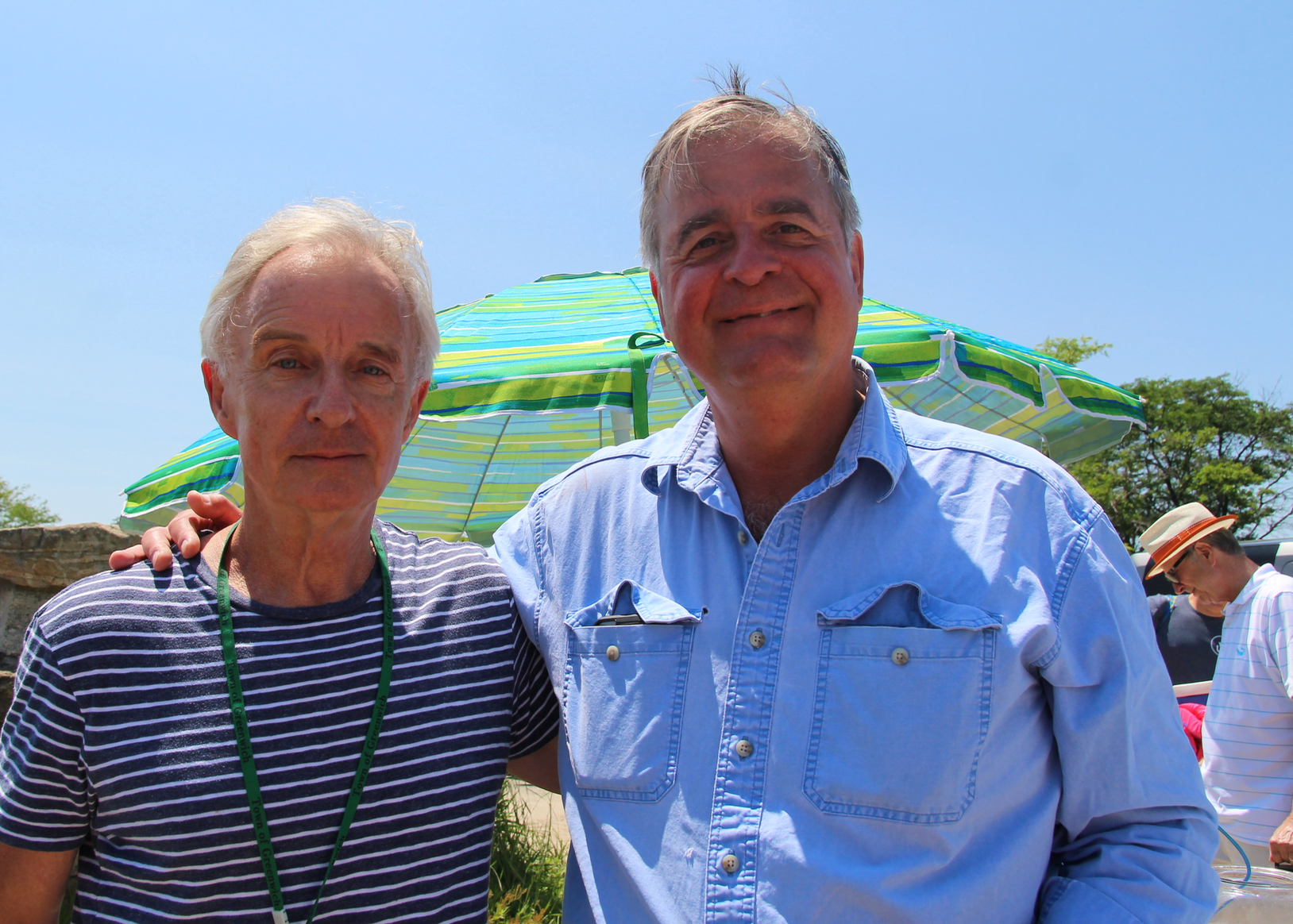 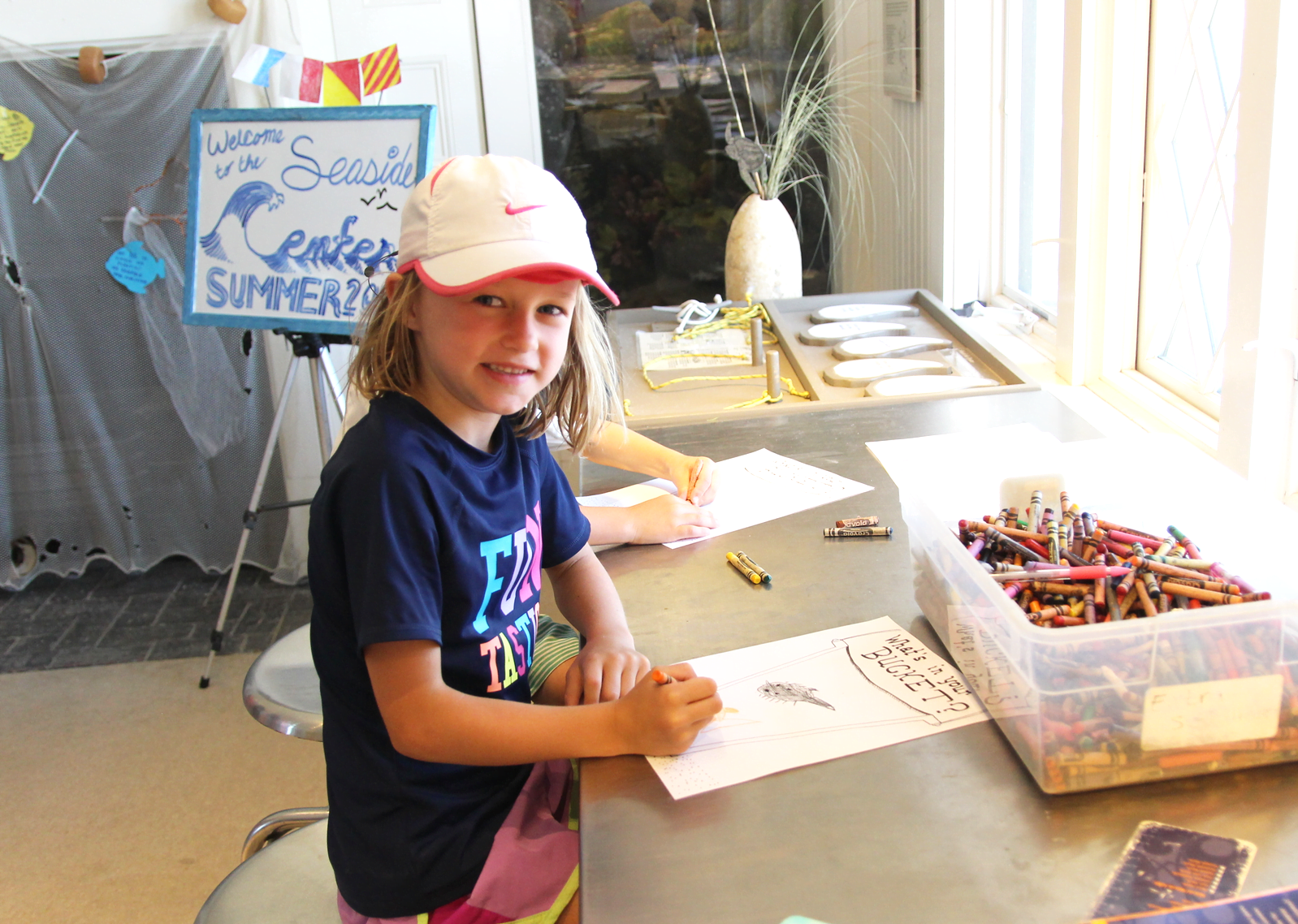 Kids enjoyed the activities in the Bruce Museum Seaside Center during the Experience the Sound event. June 23, 2019 Photo: Leslie Yager 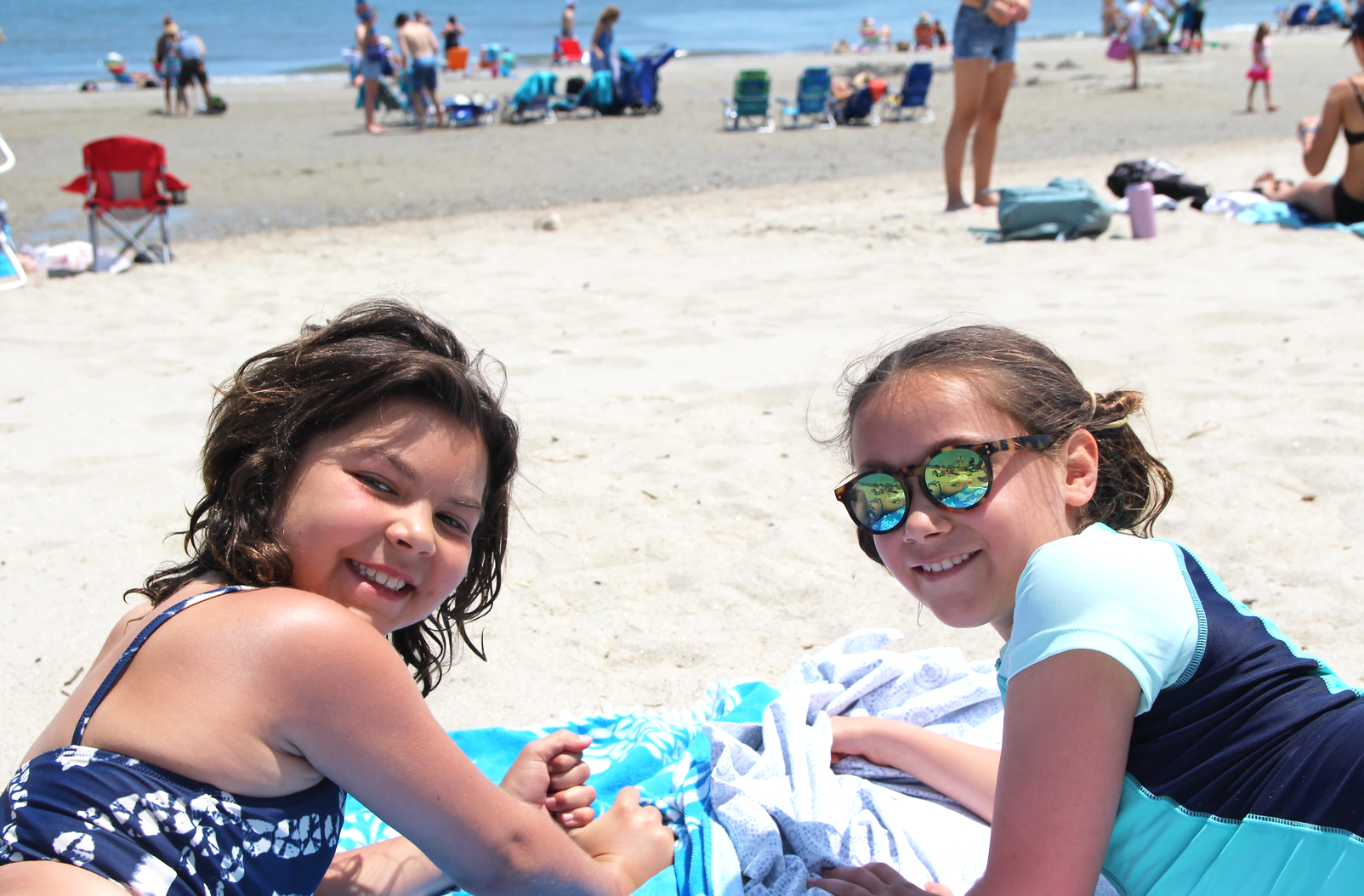 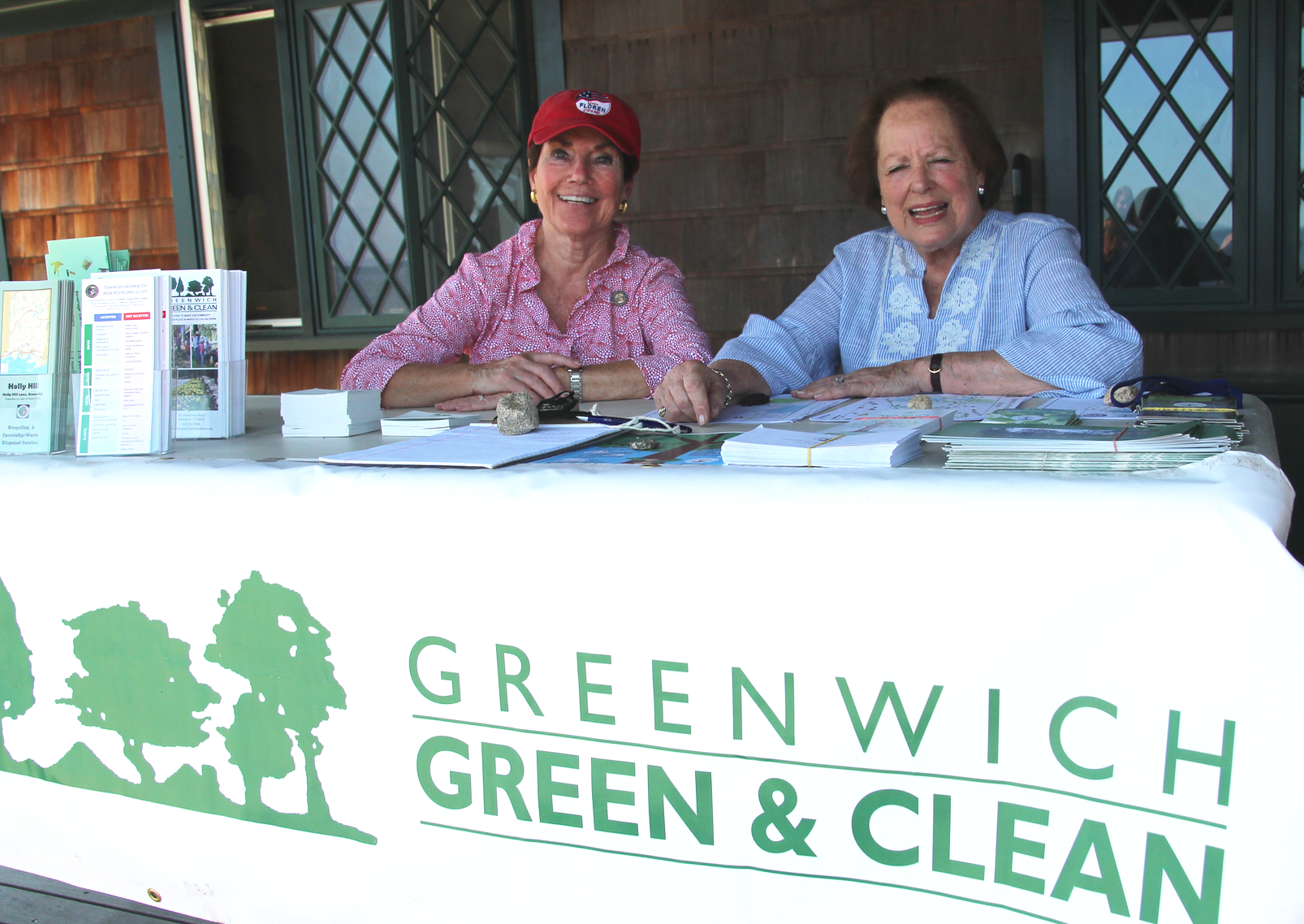 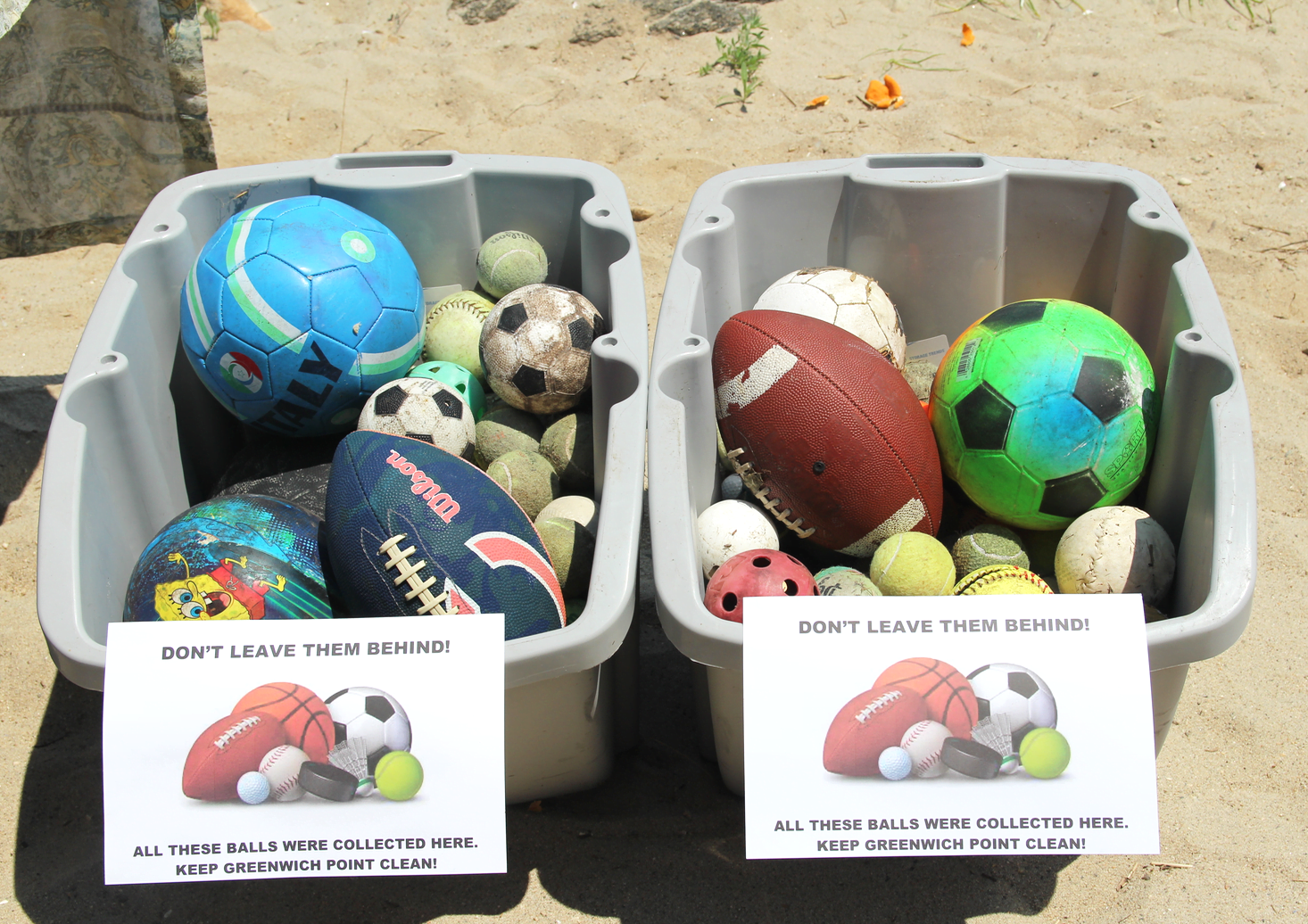 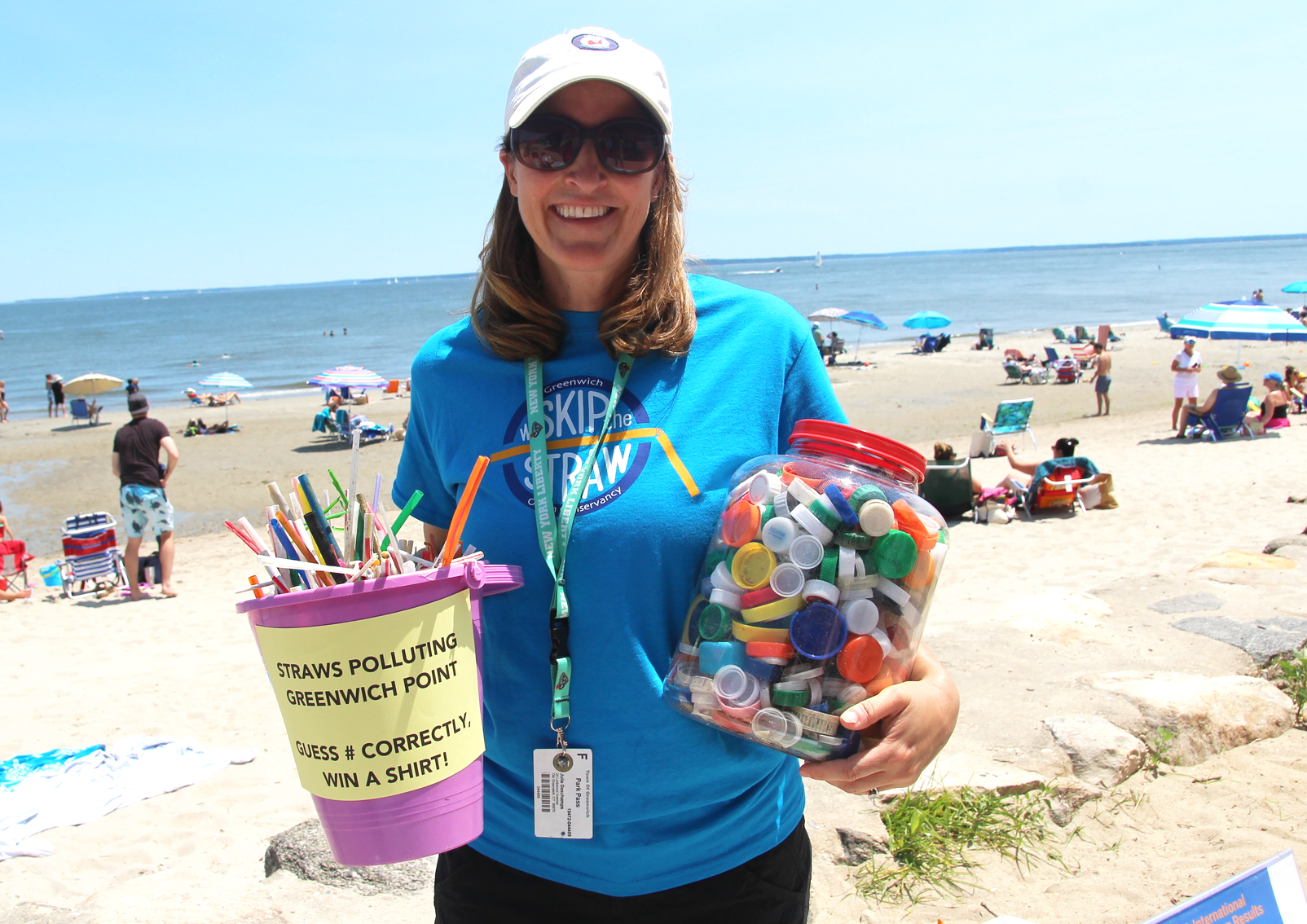 Julie DesChamps from Skip the Straw with evidence of the pollution caused by plastic straws and bottlecaps. June 23, 2019 Photo: Leslie Yager 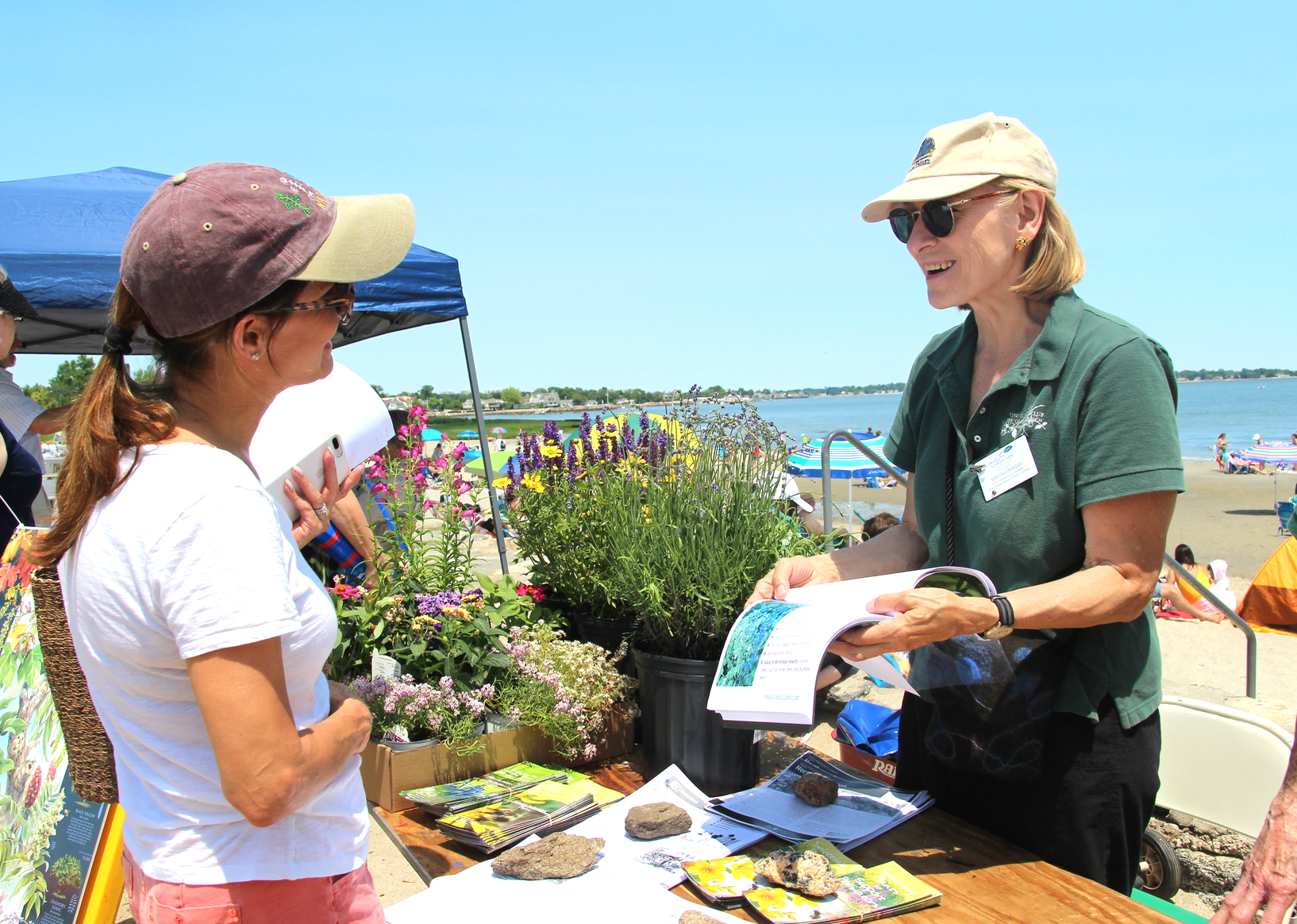 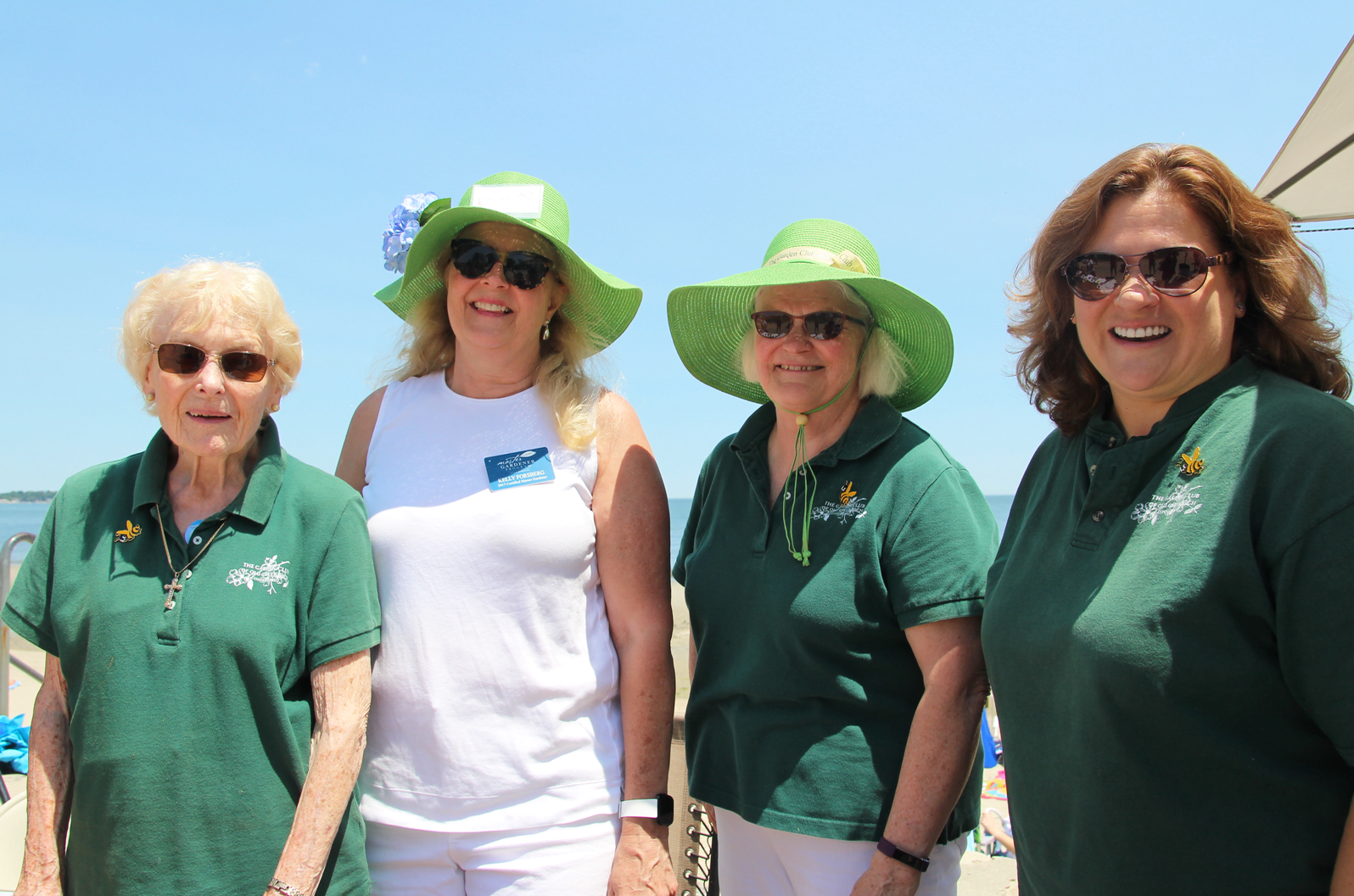 Members of the Old Greenwich Garden Club Barbara Norrgard, Kelly Forsberg (president), Betsie Hawkins and Wendy Yu. The club beautifies several locations in Greenwich including the butterfly garden along Eagle Pond, on what was once the lawn of the original Tod stone mansion. June 23, 2019 Photo: Leslie Yager 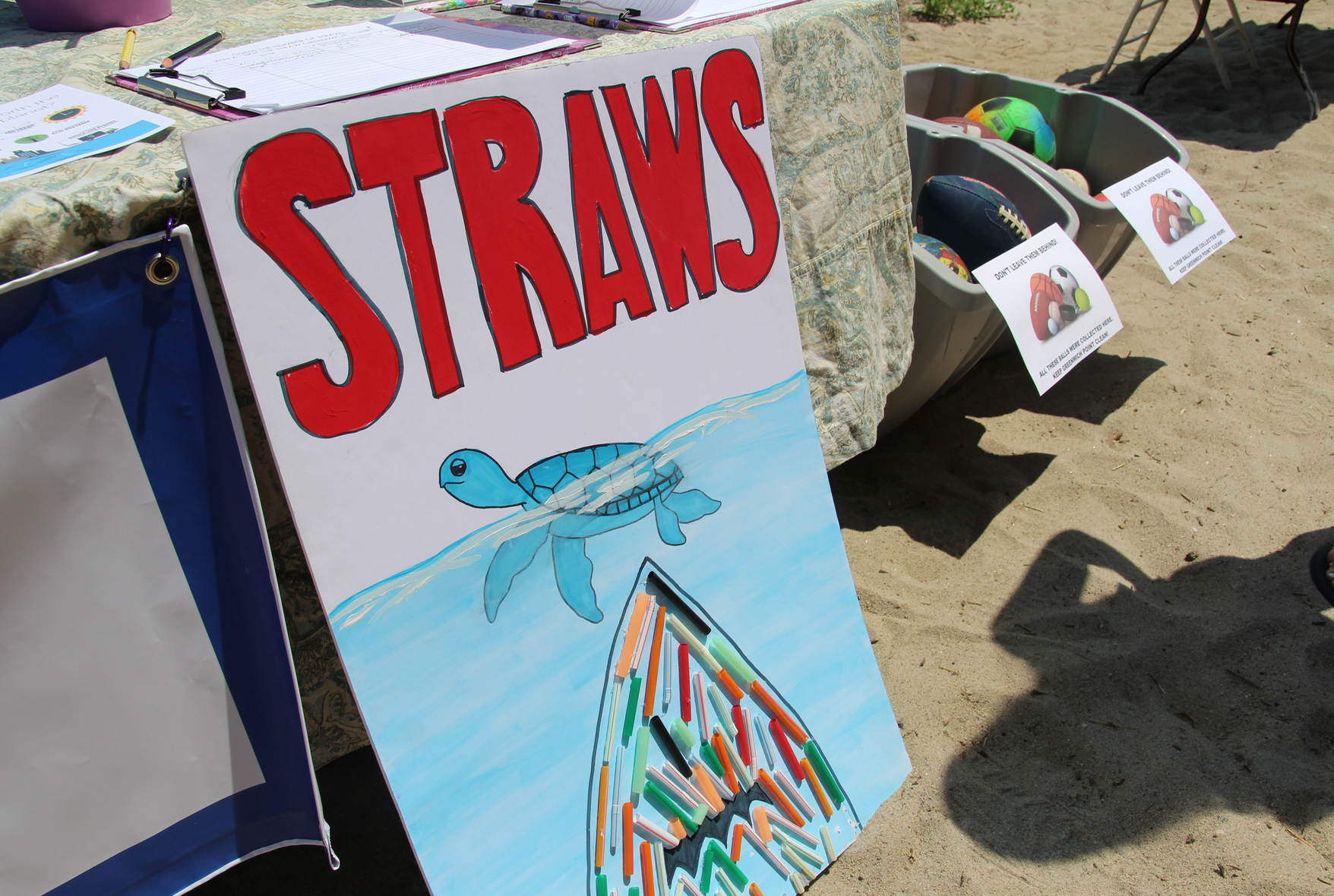 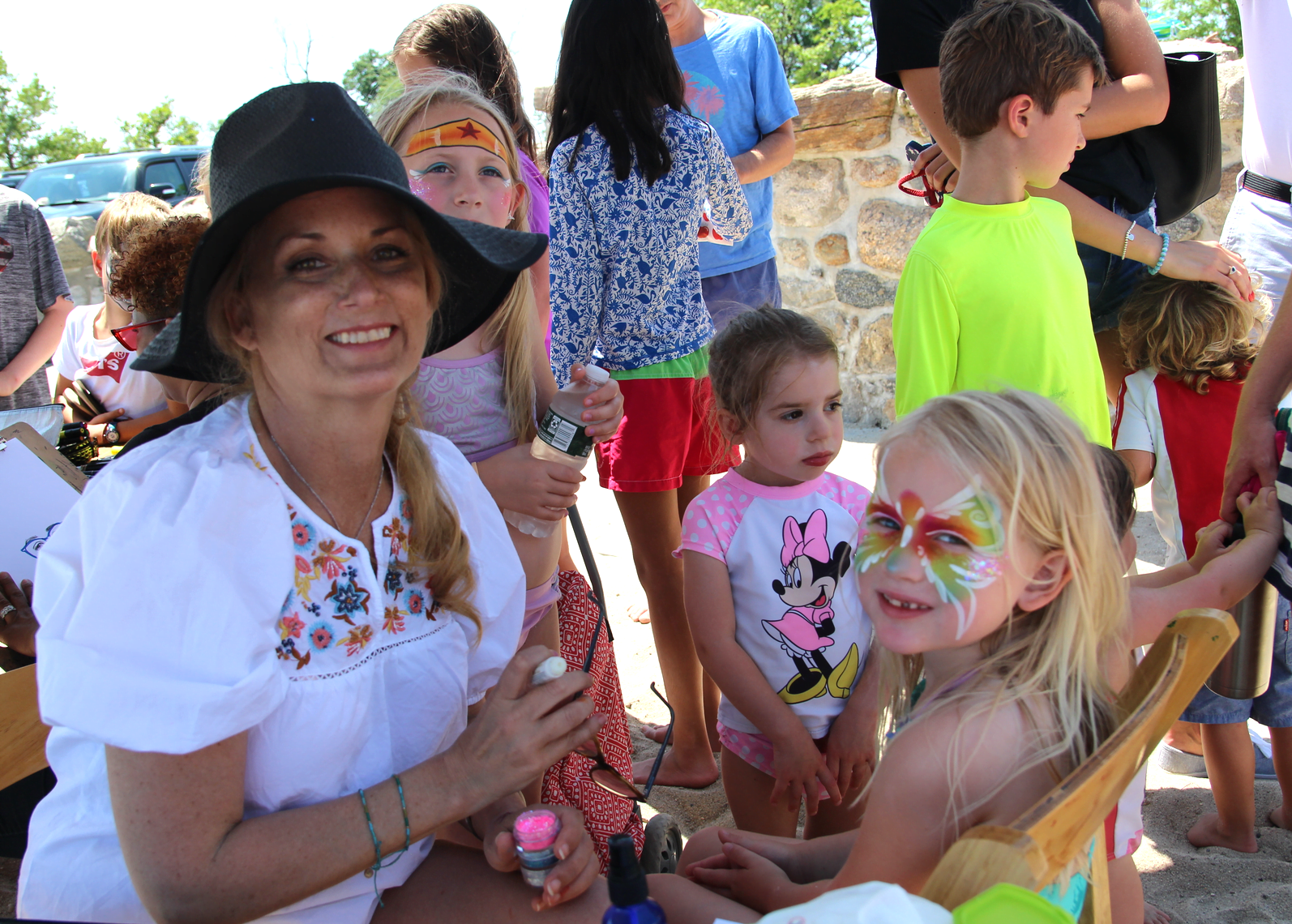 Maggie and Evie Reid had their faces painted by Wells Noonan at Experience the Sound at Greenwich Point. June 23, 2019 Photo: Leslie Yager 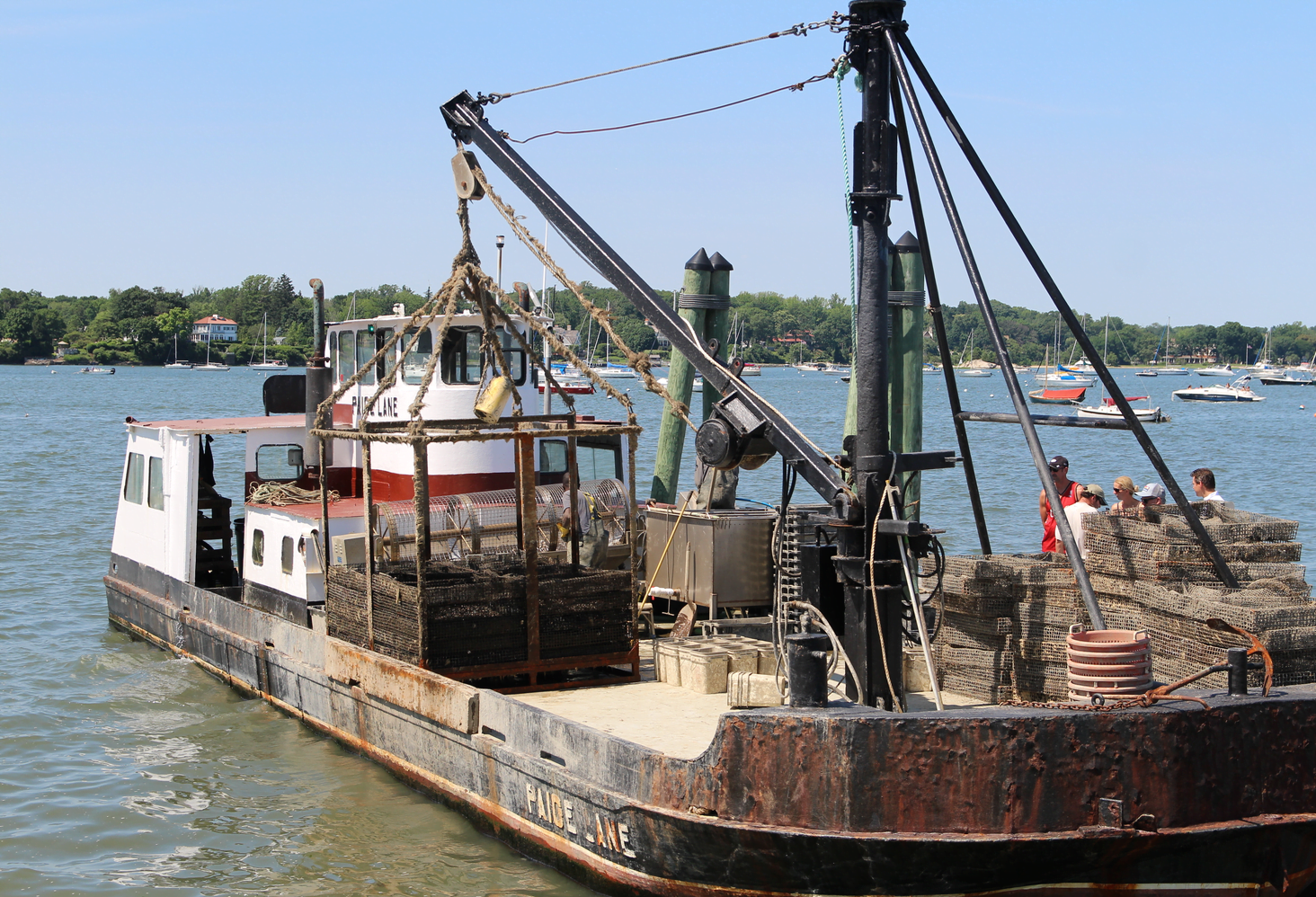 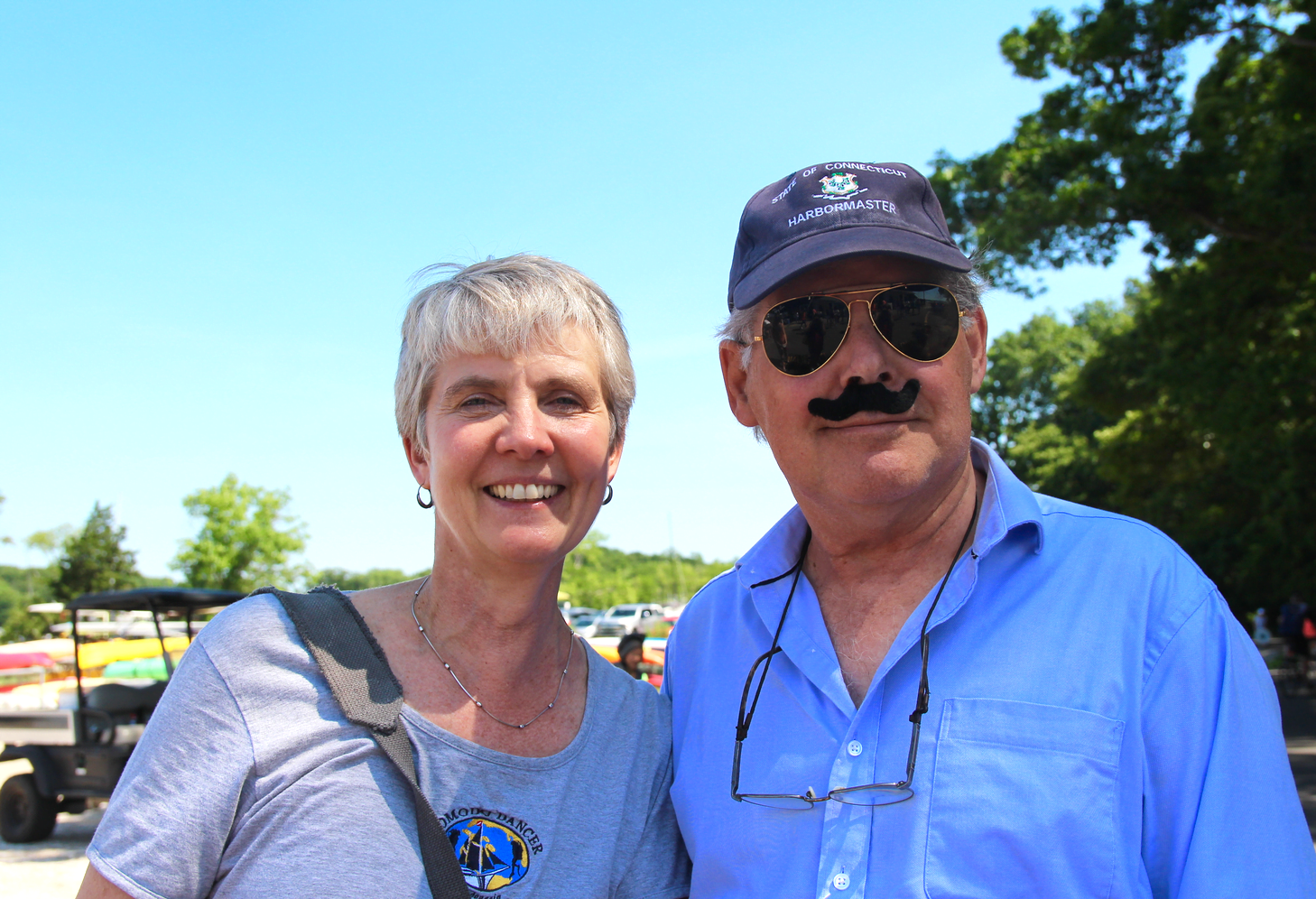 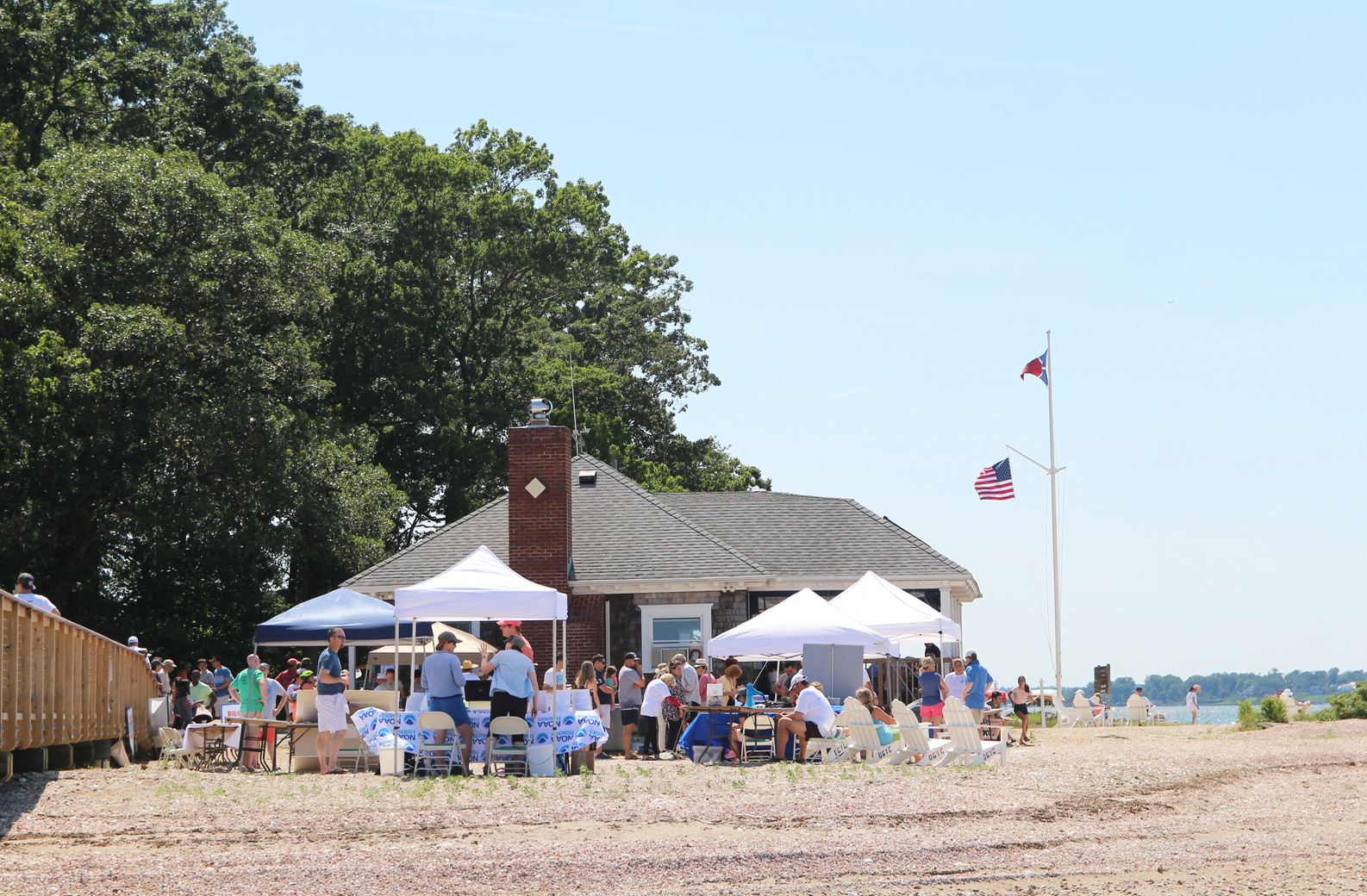 After hopping off the shuttle bus, guests were treated to lemonade followed by samples from the free raw bar and a chance to sample kelp at the Old Greenwich Yacht Club during the Experience the Sound event. June 23, 2019 Photo: Leslie Yager