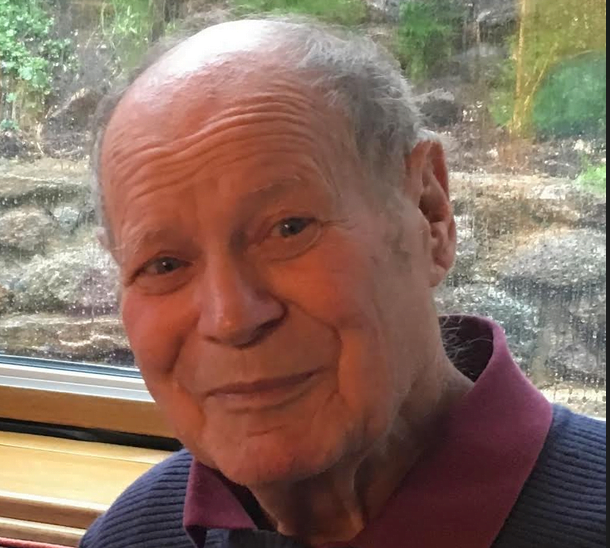 Edgar Joseph Mueller, 85, of Riverside passed away peacefully with the comfort of family by his side on June 22, 2019.

Edgar was born and raised in Ahausen, Germany. His professional interest was baking, and in 1958 he earned his “Baeckermeister” title in Mannheim, Germany.

He migrated to the United States in 1961, and married Louise Maria Gut in January 1964. They settled in Riverside since 1972, raising 2 boys, Roland and Herbert.

In 1982 he and Louise founded the Black Forest Pastry Shop in Greenwich, which remains under family ownership and a fixture in the Greenwich community.

After retiring from the pastry shop for health reasons, he enjoyed working at their Round Hill Road property. He planted a fruit tree orchard, and together with his wife, vegetable gardens and beautiful flower patches on this historic property which was donated to the Greenwich Land Trust to preserve the 100 year old farmhouse and historic barns for later generations.

He was adored by all who knew him for his sense of humor and calm demeanor. Above all he was a fantastic listener and passionate fan of the New York Rangers.

Edgar is also survived by two brothers Bruno and Fritz, a sister Maria, and cousin Sofie. He is the loving grandfather of three grandchildren and his favorite playmate “Mugsy” (a rescued White American Staffordshire Terrier). Mugsy’s companionship comforted Edgar in recent years to fight his various health ailments.

To honor his life, family will receive friends at Coxe and Graziano Funeral Home, 134 Hamilton Avenue, Greenwich on Tuesday June 25 from 4:00pm to 8:00pm. A mass of Christian burial will be held on Wednesday 26 June at St. Catherine’s of Siena Church, 4 Riverside Ave, Riverside CT. followed by a burial at St. Mary’s Cemetery.

The family would like to thank Dr. Eric Brown and his other doctors for their many years of excellent care. In lieu of flowers, donations may be sent to the National Kidney Foundation, 30 East 33rd Street, New York, NY 10016.

For more information or to place an online condolence: www.coxeandgraziano.com