The misplaced optimism of one Californian visiting Greenwich during  Storm Nika was amusing. Until it wasn’t.

Message to out-of-town guests: Waiting for the snow to melt is not a strategy. 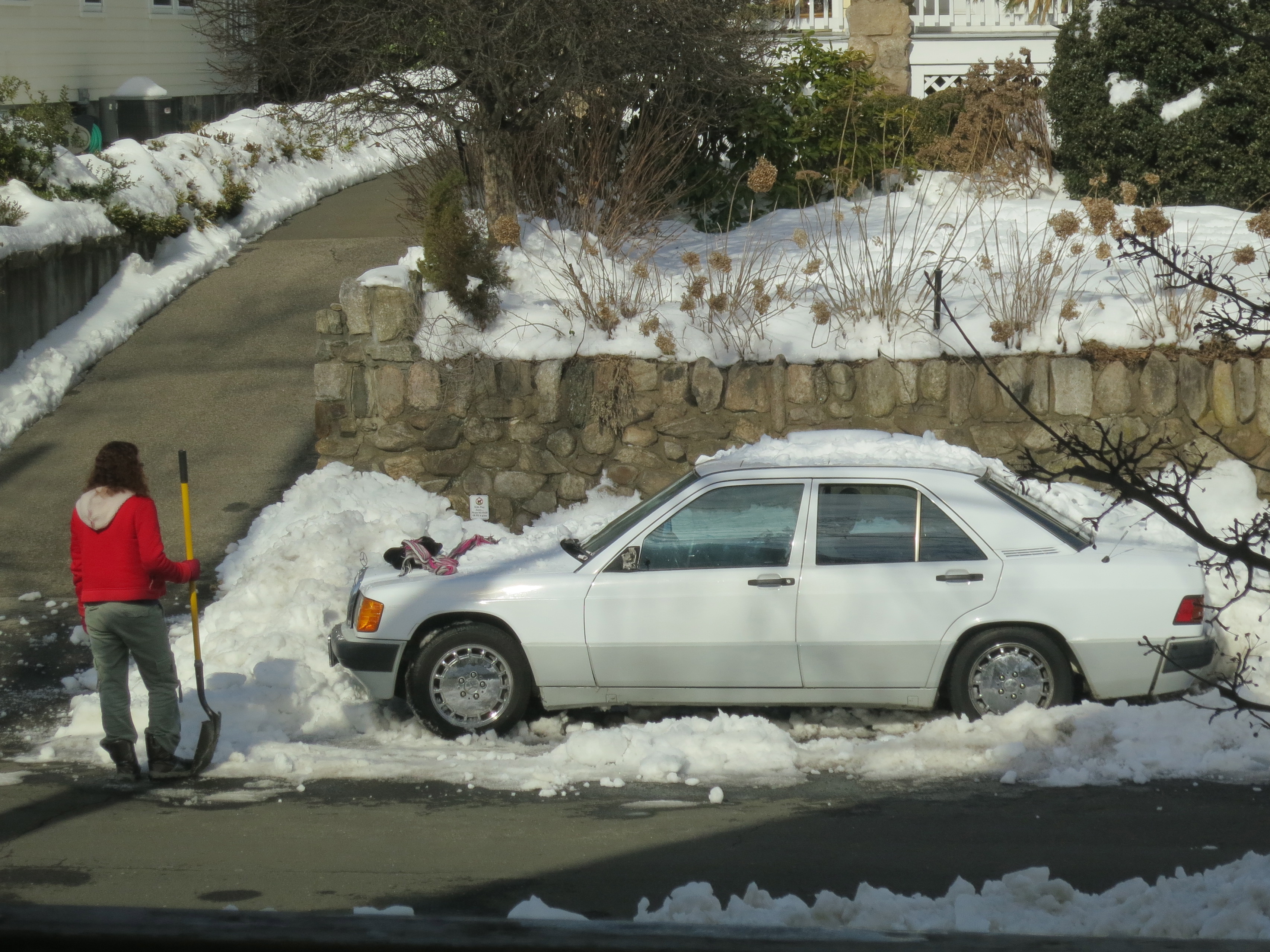 The morning after the storm, when snow was slushy, but shovelable, the owner of this Mercedes with California plates demurred.

By Friday night the car had a $55.00 parking ticket and thick casing of ice. Neighbors were roused by the sound of spinning tires and smoke. No luck. Saturday morning the owner enlisted a helper with a metal shovel to chip away at the ice. Pretty embarrassing.

We’re all in this together, Greenwich.

Just like the storekeepers on Greenwich Avenue who take serious their responsibility to remove snow on the sidewalks (except when they don’t), residents who use on-street parking share a sense of neighborliness and mutual respect when it comes to shoveling.

When everyone is shoveling cars out of drifts so the DPW crews can do their work, it is not okay to stay inside and then scurry out later to move a car into one of the spots neighbors cleared. 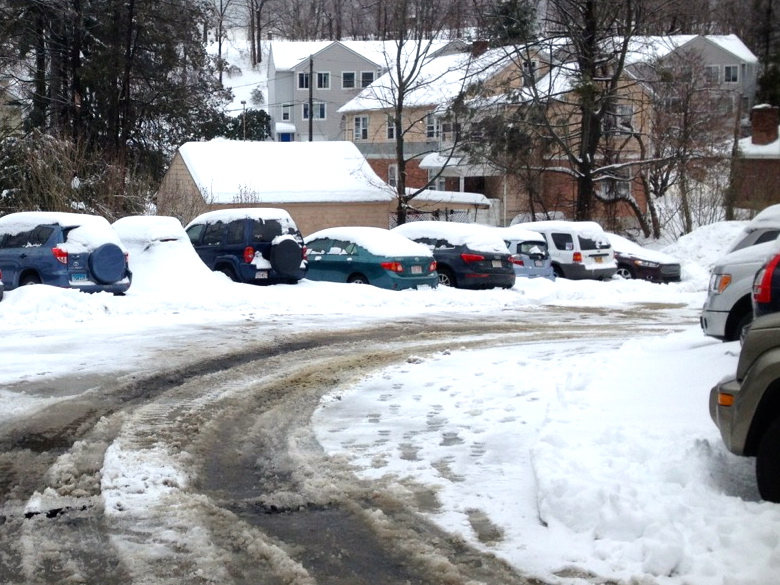 MONDAY: High near 31°. Snow likely, mainly after 5:00p.m. with less than one inch possible.

TUESDAY: Rain and snow before 2:00p.m., then a chance of rain. High near 39°.  Chance of precipitation is 100% with snow accumulation of 1 to 3 inches possible.

More tips for being a good snow citizen:

Remove snow from your sidewalk
Residents have 18 hours to remove snow and ice from sidewalks from the time the snow has fallen or the ice has formed.

Fire Hydrants – True Lifesavers
According to Kordick, many fire hydrants are becoming obstructed and residents with a fire hydrant on their property are encouraged to shovel them out.  “Even if you do not have a fire hydrant on your property, please do not be afraid to adopt a nearby fire hydrant in your neighborhood,” Kordkick’s announcement said.