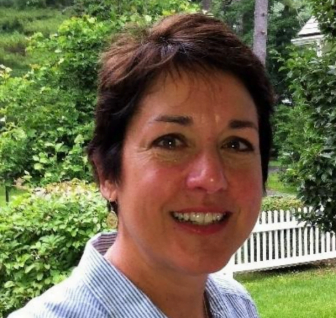 Missy Wolfe, author of The Hidden History of Colonial Greenwich, will speak at the Retired Men’s Association on August 29, 2018 at 11:00am sharp. The talk, at First Presbyterian Church on Lafayette Place, is free and open to the public.

Greenwich, as it existed in the seventeenth century, is a lost world. There were tythingmen and meeting warners here, wild horse hunters, water works makers, cow keepers, townsmen, pounders and planters.

They also struggled to newly balance religious and civic authorities, private and common interests and to address financial inequities on each side of the Mianus.

The first “strivers” here often found it more challenging to please their own than it was to please their God. They fashioned an idealized, yet still imperfect new society they proudly called the Greenwich Plantation.

This is the third visit of Missy Wolfe to the RMA.

A Greenwich native, she is a lifelong student of history, particularly Connecticut in the 1600s. Her research discovered that Greenwich was actually a Dutch territory for its first 16 years and the launch point of the largest Indian massacre in the northeast.

Her new book details the creation of Greenwich, the product of her comprehensive transcriptions of the town’s extensive 1600s archives. She received her MBA from Columbia University and, after an early career in advertising and raising a family, she pursued her interests in history and design with further studies.

Her first book about the founding of Greenwich, Insubordinate Spirit, won the Washington Irving Medal for literary excellence.

The talk begins at 11:00am at First Presbyterian Church, Lafayette Place, Greenwich, and is free and open to the public.